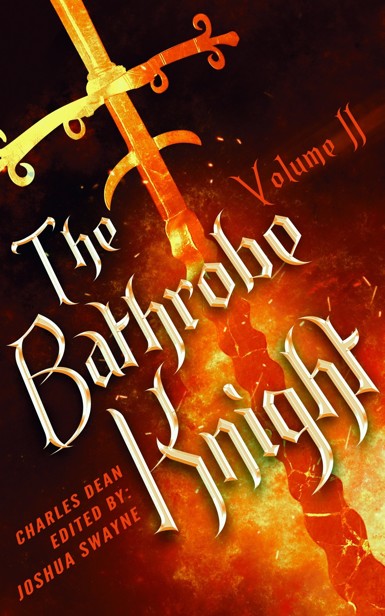 Chapter 3:  Not a Cougar

Chapter 10:  Guess Who's Coming for Dinner?

Robert walked through the halls of the office building listening to sound of his shoes squeak against an unusually well-polished tile floor. Everyone around him, even the small groups gathered at the various conference tables strewn throughout parts of the complex, were unusually quiet. The senior project members and group leads all had the doors to their offices shut and closed tightly. Some even had the blinds turned down, as if they were trying to block out the atypical silence that had descended upon the hallways. The result was that every little squelch his loafers made seemed all the louder. Not that the office was unruly or out of order. Well, not typically, anyway.

There was generally sense of purpose and excitement in the office. Normally, at this time of morning, there would be commotion everywhere. Everyone had a role to play, a job to do and goals to accomplish, but it was very rare that any of these things were done by anyone alone in solitude and quiet. How many great ideas had been passed over or never heard because someone was too afraid to speak up? How many so-so or average ideas had been lost in the oblivion of a paperwork shuffle when someone else could have taken it and made it great? No, open discussion was at the backbone of the work principle that characterized the company's approach to development. The company firmly believed that communication was the key to producing a superior, higher quality product.

As such, it felt like Robert was not at work, but had been transported back into a library on a college campus during finals week. Hushed conversations seemed to grow quieter as he passed by, and he could almost feel the fleeting stares from his coworkers’ eyes as they warily glanced up at him as if to see who would be so foolish as to arrive late to the last minute cram session.

Robert ducked into the door to his office, unable to shake the eerie feeling that seemed to follow him in from outside. He dropped his briefcase by the door and carefully set his laptop bag on the desk, beginning the process of unzipping it and setting up everything alongside his larger, more powerful desktop. In truth, he really didn't have to carry the laptop back and forth with him everywhere he went.  He could have used a flash drive to carry most of the important information to and from home and work, but he had gotten used to it a long time ago before such conveniences had been commonplace.  Plus, he never knew when there would be a last minute call from someone needing a bit of code etched out just right, and he liked to always have access to tools and systems he was comfortable working with.

"Knock, knock," came the voice, resounding from the hall into his office in unison with the actual sound of knuckles rapping on his open door.

Robert almost jumped at the sound. It was the first real voice above the tone of a furtive, hushed whisper he had heard since he had arrived through the doors in the lobby downstairs.

"Woah, woah, woah. Easy there, killer. Have a little too much java in  your caffeine drip this morning?" Gary asked in a teasing tone.

Robert turned, having recognized the voice from the start, and couldn't help but laugh at himself. "No, just the opposite. Not enough. No matter how early I get up, I never seem to quite finish that last cup before I have to run out the door."

"Hey, you know, I was down at the hospital visiting a friend the other day. They have these IV drips they set up on little trolleys now. So, ya know, you can wheel it around in case you have to go to the bathroom or something. You just push it around everywhere with you. We should really look into getting you one of those. Direct injection of caffeine straight to the veins." Gary tapped the veins visible on his arm for emphasis.

Robert laughed back at him. "Yeah, well, I don't think I'm quite ready for the hard stuff yet. You know us old dogs. We like it simple and old fashioned. Can't teach us new tricks and all that. Besides, you make it seem like I have a problem or something . . ."

Gary's grin grew wider. "Of course you do."

"I do not. And don't they say that you should never confront someone and explicitly tell them that they have a problem? Oh, God, you're not planning a java intervention, are you? A javavention?  Kass was watching one of those awful reality shows a few weeks, ago and I couldn't help but overhear it.  I think people actually staged one of those."

"A javavention?" Gary raised his eyebrow quizzically. "Seriously?  We've got to get you out of that house more. You're spending entirely too much time with your daughter.  You're even starting to make up words like she does. Although, if your legs looked half as good as hers in one of those little sun dresses . . ."

Robert blinked back in response, choosing to ignore the last remark. "Okay, whatever, just so long as you aren't trying to say I have some kind of problem."

"Oh, no. You definitely have a problem."

"Wait, hold on." Robert scowled. He could have actually used a drink of coffee right then.  This much banter back and forth first thing in the morning was too much to go at alone. He needed something to prop his thoughts up. "Wait," he began again, looking around, "Where is--"

"See, I told you," Gary said laughing. "You have a problem."

"Did you do this? Did you set me up?" Robert asked accusingly, rounding back towards where Gary still stood in the doorway and pointing a finger at him.

Gary broke out into a full fit, his grin spreading across his face as he tossed his head back and laughed heartily. "Oh, no," he gasped out between laughs. "No, no, no." He spread his hands out, palms open. "I just got here. How could I possibly? I haven't even left the doorway!" He fell back into his fit of laughter.

Robert just sighed. Reaching into the bottom drawer of his desk, he pulled out a travel mug he kept tucked away there just for circumstances as dire as this. "I really must be getting old if I actually managed to leave the rest of my morning coffee sitting in the car." Robert shook his head in dismay at himself.

Gary had managed to collect himself enough to speak again, but the smile never left his face.  He was still struggling to get his breathing back to normal, almost like he had run up several flights of stairs, and he hadn't quite gotten his wind back yet. "Oh, man, I needed that. This place is like a funeral home this morning," he said, hoisting a thumb over his shoulder to indicate what he was talking about.

"Yeah, I couldn't help but get that same feeling myself. What's up with everyone out there?"

"Yeah . . . about that. That's actually why I dropped by. I figured you'd appreciate the heads up.  B-MOC is in the building. He's going to be sitting in on this morning's conference."

It was Robert's turn to raise an eyebrow in question. "Huh?"

"B-MOC. B.M.O.C. Big Man on Campus," Gary stated flatly, like this concept should be obvious and self-explanatory.

Robert just stared back at him blankly.

"Charles is here," Gary finally said. "He's personally asked to attend the meeting. And by asked, I mean, he said he would be there, and no one dared to try and tell him 'no.'"

"Why didn't you just say that?" Robert asked, exasperated. "What's the big deal? I was supposed to have a meeting with him later on anyway. How does that turn everyone into a bunch of puppies acting like they just got a spanking?"

"Puppies? I always had you pegged as more of a cat person."

Robert sighed to himself at Gary switching the subject again. "Never again. Kass dragged home a stray kitten she found when she was a little girl. I would do anything to make that girl happy. But not a cat. She doesn't deserve that. No one does."

Gary laughed. "It fell asleep on your laptop, didn't it?"

Robert nodded his head, glad that Gary understood. "Little bugger tried to lap up my coffee too.  Turns out that some real nice people who owned a farm just outside town were desperately searching for their lost kitten and were so happy to have it back."

It was Gary's turn to shake his head in disbelief. "I didn't think you had it in you."

Robert just shrugged it off. "So back to what I was saying. What does Charles showing up have to do with our newly-inducted walking dead out there? Did someone cancel the pony ride for the kids' birthday party or what?"

"Nah, you just know how it is . . . elusive, hands-off, billionaire playboy decides to suddenly show up to the office one day at random when things start to go south, and everyone gets their panties in a wad over it. The rumor going around is that he's going to bring the ax down on someone for what's been going on in-game. Things aren't exactly going as planned."

Robert sighed again. So that explained the extra-squeaky-clean floors this morning. People had a way of over dramatizing everything and always expecting the worst out of any situation. Even if Charles had actually come to remove someone from the project, odds are it would be one of the senior leads, not the actual team members.

"Sounds like I'm really going to need this then," Robert said as he held up his empty travel mug and brushed past Gary out into the hallway, turning towards the closest coffee machine. "Hopefully he didn't scare coffee beans into silence as well." Not bothering to lower his voice as he walked through the hallway, his words rang out with an odd clarity through the silence.

Robert filled his mug from the large pot in the break room that was blessedly full and almost bumped into Gary on his way back out.

"This way," Gary said pointing towards the elevators. "When they found out the big man was going to be here today, they moved the meeting to the conference room on the top floor at the last minute."

"Of course they did," Robert replied as he punched the elevator buttons with his free hand and stepped inside as the doors quickly swung open.

The ride up took only a few moments, and the pair was soon traipsing down the hallway towards the large conference room on the corner of the building. The entire room was framed with glass panels on all sides, and, as they approached, Robert noticed that most of the seats around the large oval table that dominated the middle of the room were already filled. Everyone sat with downcast eyes and hunched backs, intently pretending to be engrossed with whatever was in front of them. A few fidgeted with the pens in their hands, and some were restlessly scrolling through their phones or tablets, but they were all doing anything they could to avoid looking at the figure seated at the head of the table.