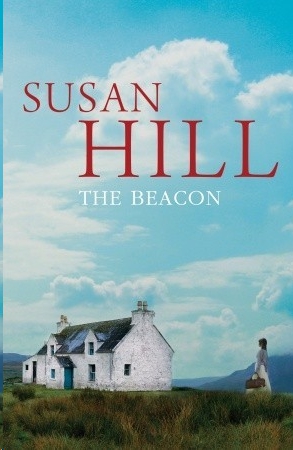 Susan Hill has asserted her right under the Copyright, Designs and Patents Act 1988 to be identified as the author of this work

First published in Great Britain in 2008 by Chatto & Windus

The Random House Group Limited supports The Forest Stewardship Council (FSC), the leading international forest certification organisation. All our titles that are printed on Greenpeace approved FSC certified paper carry the FSC logo. Our paper procurement policy can be found at:
www.rbooks.co.uk/environment

Susan Hill’s novels and short stories have won the Whitbread, Somerset Maugham and John Llewellyn Rhys awards and been shortlisted for the Booker Prize. Many of them are set texts for GCSE and A-Levels. The author, among other novels, of
I’m the King of the Castle
,
Strange Meeting
and
In the Springtime of the Year
, she is also creator of the series of Simon Serrailler crime novels.

She wrote
Mrs de Winter
, the sequel to
Rebecca
; and her bestselling ghost stories –
The Woman in Black
,
The Mist in the Mirror
and
The Man in the Picture
– have won her acclaim.
The Woman in Black
, which was adapted for the stage, has been running in London for over twenty years.

Susan Hill is married to the Shakespeare scholar, Stanley Wells, and they have two daughters. She lives in Gloucestershire, where she runs her own small publishing company, Long Barn Books.

The Various Haunts of Men

The Pure in Heart

The Risk of Darkness

The Vows of Silence

A Change for the Better

I’m the King of the Castle

The Albatross and Other Stories

The Bird of Night

A Bit of Singing and Dancing

In the Springtime of the Year

The Woman in Black

The Mist in the Mirror

The Service of Clouds

The Boy Who Taught the Beekeeper to Read

The Man in the Picture

M
AY
P
RIME
had been with her mother all afternoon, sitting in the cane chair a few feet away from the bed, but suddenly at seven o’clock she had jumped up and run out of the house and into the yard and stood staring at the gathering sky because she could not bear the dying a second longer.

And when she returned only a little later Bertha was dead. May knew it had happened as she walked back into the house, before reaching the bedroom, before seeing her. She knew it from the change in everything and from the silence. But she still drew in her breath and her hand went to her mouth when she looked down.

The farmhouse was called the Beacon and they had been born and reared there, Colin, Frank, May and
Berenice, but only May had been left for the last twenty-seven years to live with both their parents and then, after their father’s death, with their mother alone.

One week, their father had been helping to haul a cow out of a ditch and, the next, most of the animals had gone. Bertha Prime had called in a neighbour and had them sent to market. Only the chickens had remained.

After that, Bertha had let out the fields. Otherwise life had stayed the same. There were no animals to feed and milk early and late and, once Frank moved out, no man to do it anyway.

It was no longer usual, in the 1960s, for an unmarried girl to go on living with her parents, their insurance against the deprivations of old age, and if they had ever been asked about it directly, John and, after John, Bertha would have said that they would be more than happy for May to leave home, preferably to be married but if not that then for a career. They had neither asked nor expected her to remain with them. It had just happened.

May would have said the same. It had just happened. ‘Fallen out that way.’ There was more to it than that, of course, but John and Bertha did not know the ‘more’ and May preferred to bury it.

Perhaps Bertha guessed something but if she did she never spoke of it.

She stood in the doorway, hand to mouth, and her mother lay in the bed with the slatted oak frame and she was dead. From that moment everything was different. She was a dead body, not Bertha, not her mother.

May had been with her, watching from the front porch, when they had brought her dead father home and carried him up and laid him down on this same bed, so she knew the appearance of death, as she recognised the absoluteness of the silence. But it was shocking all the same. She went unsteadily across the room and sat in the cane chair, but for several minutes could not look at the bed.

J
OHN AND
Bertha Prime had taken the Beacon over from John’s father and mother, and had moved in as one family in the last years of the thirties, and to Bertha living with them was what she had expected and the hard work was expected too. She had not come from a farming family – her parents had kept the village store – but no one could have lived at the Beacon without understanding what the life of everyone around them entailed. Only the large landowners had cottages into which sons and their new families could sometimes move. John Prime’s father, also John Prime, was no such man.

John and Bertha had come back from their wedding straight to the attic bedroom, which had been turned out and cleaned in their honour, with new curtains and a new mattress for the old bed but
nothing else, and the following morning Bertha had come downstairs to work in the dairy with her new mother-in-law. After the dairy there were the chickens and then the geese, and after the geese the beehives, and after that the kitchen, and that was life at the Beacon. Once a week she spent an afternoon with her own parents and served in the store, and at first it felt as if she had never left but, before long, this was changed and that was changed, things were in a new place, the shelving was rearranged, and Bertha had soon felt like a stranger who knew nothing of the way things should be.

They were married in July and in November she stopped going to the store every week and when she did go, she no longer served there because she got in the way and slowed things down, they said, and besides, now she was pregnant with her first child.

The baby, a boy, was born on the hottest day of the following summer while every available man and woman was out in the fields and Bertha lay and sweated in the attic bedroom through thirteen hours of labour. John Prime lived for half an hour only, and the next summer another baby was stillborn, though this one came in the night of torrential rain that washed a ton of mud and stones down the hill and half a flock of sheep were buried.

Her mother-in-law was not unfeeling, not unkind,
but having lost three children of her own, accepted those things as inevitable and said very little, though she did not press Bertha to return to the dairy or the kitchen, but let her work things out in her own time. But sitting alone in the attic or going for silent walks along the lanes and through the fields near the Beacon gave her thoughts of death, and when her mind turned twice to drowning and she caught herself looking at the strong branch of a tree, Bertha went back at once to work in the dairy and among the chickens, terrified.

Her husband, John, was sympathetic but uncomfortable and in any case spent little time with her, because there was always too much work to be done and that was the way of it. Only sometimes in winter, when the weather was bad and the nights drawn in, he would come with his father to sit beside the fire next to her and drink a glass of ale and talk a little, though always about the farm or the state of the land or the prices at market. Once or twice they would listen to the wireless and afterwards talk would turn to the wider world and what would happen if there was another war, as seemed likely. But the talk was brief and petered out with the dying fire and then it was time for the women to set out the bread and cheese and last drinks before bed.

Two days before the outbreak of war, Bertha went
into a short, sharp labour with Colin, who was nine pounds of furious health, and barely a year later Frank was born and a family was established and no one looked back, though Bertha went to the churchyard every Easter and Christmas to put flowers on the infant graves. In the years when she had been ill and first housebound and then bedridden, May had taken over the duty, because she was asked and because it was something that had just always been done like so much else in a life filled with habit and custom and a small amount of ritual.

May herself arrived in the spring of 1942, born in the same bedroom but only just, for by now Bertha’s labours were even quicker and the baby had almost been born in the kitchen and then on the last treads of the stairs.

May was neither large nor robust but a long, pale, straggling baby who would not suckle and seemed to have no appetite for life. In the end, it was her grandmother who coaxed her forward a little further each day when Bertha’s milk had run out, by giving the baby milk fresh from the cow and sitting patiently with her on a kitchen stool until she had finished a bottle. The two boys thrived and raced about.