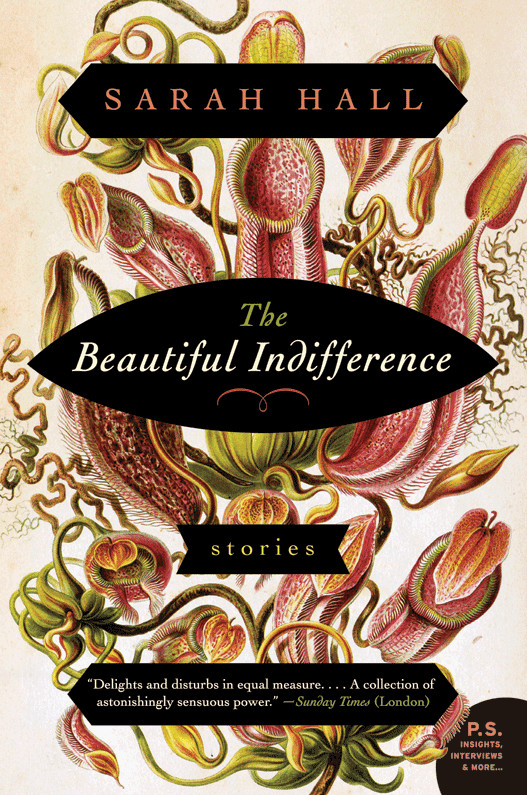 than live fur a’ eternity

from
‘Speirin’ by Kathleen Jamie

She Murdered Mortal He

Later, when I knew her better, Manda told me how she’d beaten two girls at once outside the Cranemakers Arms in Carlisle. She said all you had to do was keep hold of one, keep hold of one and keep hitting her. No matter what the other was doing to you, you kept that first one pinned, and you kept hammering her, so the free-handed bitch could see you were able to take a flailing and still have her mate at the same time. It’d get into the lass’s head then, Manda said, what it would be like when the mate got put down, and you went to batter her next without a silly dog on your back making you slow. Chances were you wouldn’t have to fight them both. And if you did, that second one would be so fleart from you being still upright after her best, undefended go, she’d forget any moves she knew.

Manda was fiercer than all of us. It had nothing to do with her size – it never does with girls, for the willowy tall ones are often gentle as you like. Manda was small – maybe five foot two. She wasn’t squat either, not pelvic, or thick with glands and brawn. It was in her eyes. She had eyes that got set off easily, like a dog chained up all its life and kicked about, prone to attack for no other provocation than it catches you looking its way. All you can do is pray the chain holds at the stake. And it was in her brain. She didn’t have a switch in there that stopped her from pulling back her fist, like the rest of us. That’s why we were all afraid of her. That’s why her name went before her – Manda Slessor – and if you heard it said in a room you felt ill at ease, you felt things shift out of the way for its coming into the conversation. Everyone knew she was hard. It was the first thing ever they knew about her. It was her pedigree.

People said she was raised to it, with that family of hers. There was a lot of arrogance and expectation mixed up in the Slessors. They were known for prison sentences, and pig-iron money that built them a big house above the town’s industrial estate. They had reputations for fertility at every age, for a seed that always took, and a womb that always produced – thirteen and virgin to those traveller grandmothers suckling at fifty. The town thought it understood their cause – they’d been forged from the old rage of the north, it was said. They were not drovers or farmers, nor the quiet settlers of the Borders. They came from gipsy stock, scrappies, dog-and-horse-breeders, fire-mongers.

These were the ones who lit the beacons when other folk hid in cellars and down wells. They smeared offal on their chests and waited at the citadel with their bearded hounds for the Scots. These were the ones who took trophy heads and played football with them in the streets. They had Pictish hearts that allied with an enemy for the sake of avoiding slaughter, but never forgot the original blood of their tribe. And a generation on, at the turning of the Solway tide, there would be a reckoning. The men would take up arms. The women would braid boars’ hair into their own. They’d murder their infants birthed to the offcoming sires. Where does history end, we were once asked in school.

With the Muslims, some clever-arse shouted.

You may as well ask where true north begins.

The father, Geordie Slessor, went about town like the next in line for the throne, beating the Duke of Edinburgh every year at the local horse-driving trials with a trap team of Heltondale Fells reared from his own entires. Come June you’d see him practising along the roads, green-Barboured, leaning back from the reins. He was gristle right through to the bone. The brothers were fighters too, the three of them, and they all had the same eyes as Manda, got from their gipsy mam: healthy blue, polished up to a high gleam, and set against bad skin. Manda was the sole daughter and she had her own tough clave quality that went beyond family; something not inherited, something made perfectly for hitting off another surface. You’ll think me a daft mare for saying that. But sometimes there’s strange beauty up here. It’s found in deep-cut places. It’s found in the smoke off the pyres and the pools on the abattoir floor.

Past their notoriety I knew nothing of the Slessors. When I went to the secondary school all I had to go by was common judgement and the air rucking up at the sound of their name. I was late for catching my bus home when I first came across Manda’s group. The last bell had cleared the yard, except for a ring of girls by the playground wall, hair short and stiff, skirts high on their thighs. Their heels were scuffling and scraping on the tarmac. They’d got Donna Tweddle alone, tracked her down after a week’s torturous promise of some retribution, for whatever reason she’d offended them: brains, looks, a boy. Manda was holding her by the throat and Donna drooped like rabbit-skin, like carrion. Manda’s jaw was working up and down as she cussed. She knew her way round language I’d only heard outside the bookies or on building sites, things I’d only heard grown men say before. She was loud in what she was doing, but she was bonny in it too.

You’re a lajful little tuss, she told the girl in her grip. Aren’t you?

Her face wasn’t pretty and smiling the way lads like girls’ faces to be. Manda had her good features, those fire-dog eyes among them, and a heavy chest at fifteen, but that wasn’t it. What she was doing suited her, and she was lit up, the way someone plain looks better when they sing, when suddenly it seems they have bright colours under a dull wing.

The girl was strung up against the pebbledash. I don’t know if she’d tried to rail against the attack or to reason, but now she was holding still. Then Manda delivered a slap to her face. It was already aflame from her panic-blush, but the clean leather crack of that hand marked it scarlet. There was no real damage done. Manda waited until Donna began to cry, and at that point the viciousness went. She scratched a place under her chin, letting go of the girl’s neck as she did so, as if she’d lost interest in finishing the lass off. As if she couldn’t be bothered. The brightness left her too. Until that point she’d been full of glister. The girls in the group laughed and sang a last threat or two to Donna. Then their attention turned.

I’d stopped walking. I hadn’t hurried away as I should have done, given such a situation. Manda Slessor faced me too. I was in her year at school but she didn’t know me. I was a middle-row sitter, a nondescript. I thought she might shove me over or shoulder past. She did push others standing around her after she was done brawling, if they weren’t on her side, if the temper was still in her. She saw me looking. I knew I shouldn’t be, but I couldn’t help it; I couldn’t help thinking how bright she’d seemed. Her eyes curtsied quickly up and down, taking me in, a head-to-toe look in less than a second that said she didn’t particularly like what she saw but it was no offence to her. I could feel the air all around, its softness, and in it the two of us were free to move. Her mascara was smudged in the corners from the day’s wear. Her eyes were petrol blue, oily and volatile, ready to flare up and burn again. But they didn’t ignite. She picked her canvas tote up off the ground and walked right past me.

I spent time up at the Slessors’ house: High Setterah, it was called. I spent time with the family, after school and on weekends, whenever I could, because I didn’t want to stay out in the village I was from with my dad being moody and nobody else my age around. How it all came about I couldn’t exactly say. The friendship was suddenly there one day, slightly askew in the beginning, like a sapling on the verge, then stronger and straighter. Maybe I was just someone she didn’t get into a lock with, and that meant we weren’t enemies. Or maybe she saw something she liked that day in the yard. She saw my admiration.

One day she caught me watching her eat a packet of crisps, licking salt off her fingers, and she blew me a kiss across the canteen as if she thought I fancied her. She could be daft and funny that way. Then we ended up sitting together in class. It was engineered under the impatience of our history teacher, who got fed up with Manda’s constant giggling and barracking alongside goggle-eyed Stacey Clark on the back row. There was a space by me, with Rebecca Wilson being off poorly, and Manda got shifted.

Would you sit there and behave, please, Amanda, Ms Thompson instructed her, three times, each one louder and a little more desperate.

After tutting in the mardy fashion of a criminal playing victim, she screeched her chair out from under the desk and stalked over to my table. I got to see her up close for the first time, and her eyes were what my grandad would have called
ower glisky
– bright after the rain. She looked long at me. I knew it could go either way between us then. When you pen two animals in at short quarters they’ll either take to each other and settle into company or they’ll set to, gnashing and bucking.

Manda leaned over, clutching her pen tight and far down its stem, like a little kiddie would hold it, and she drew an inky scribble on the open page of my exercise book. So I put a scrawl back on hers. I did it without pausing – tit for tat. I saw she had a little heart carved into her wrist from a compass point, a thing which only the halest girls did. The scratch bloomed yellow-red, like a septic rose against her skin. Halfway through the lesson her biro ran out and she selected another from my pencil case without asking. She put it back when she was done.

Something was granted to us afterwards. We were past simply knowing the name of the other and what form we were in. We were allowed to say
Hiya
in passing, in front of our other friends, at the gates of the school, or in Castletown going down to the chippy or the arcade. Not that Manda needed permission for her friendships. She spoke to all manner of folk that were ordinarily off limits to the rest of us: the older, knotty-armed working lads who drove spoilered cars through town on their lunch breaks and knew her brothers to drink with; the owner and dealers of Toppers nightclub, and the tall, tanned girls who served at the bar there and trod that fine line between being queens and sluts with their reputations for giving good sex, bent over counters after closing time. Inside the old Covered Market, Manda spoke cheekily to the sheepskin-jacketed gents from Carlisle racecourse, as if they were her uncles, and they might have been her uncles.