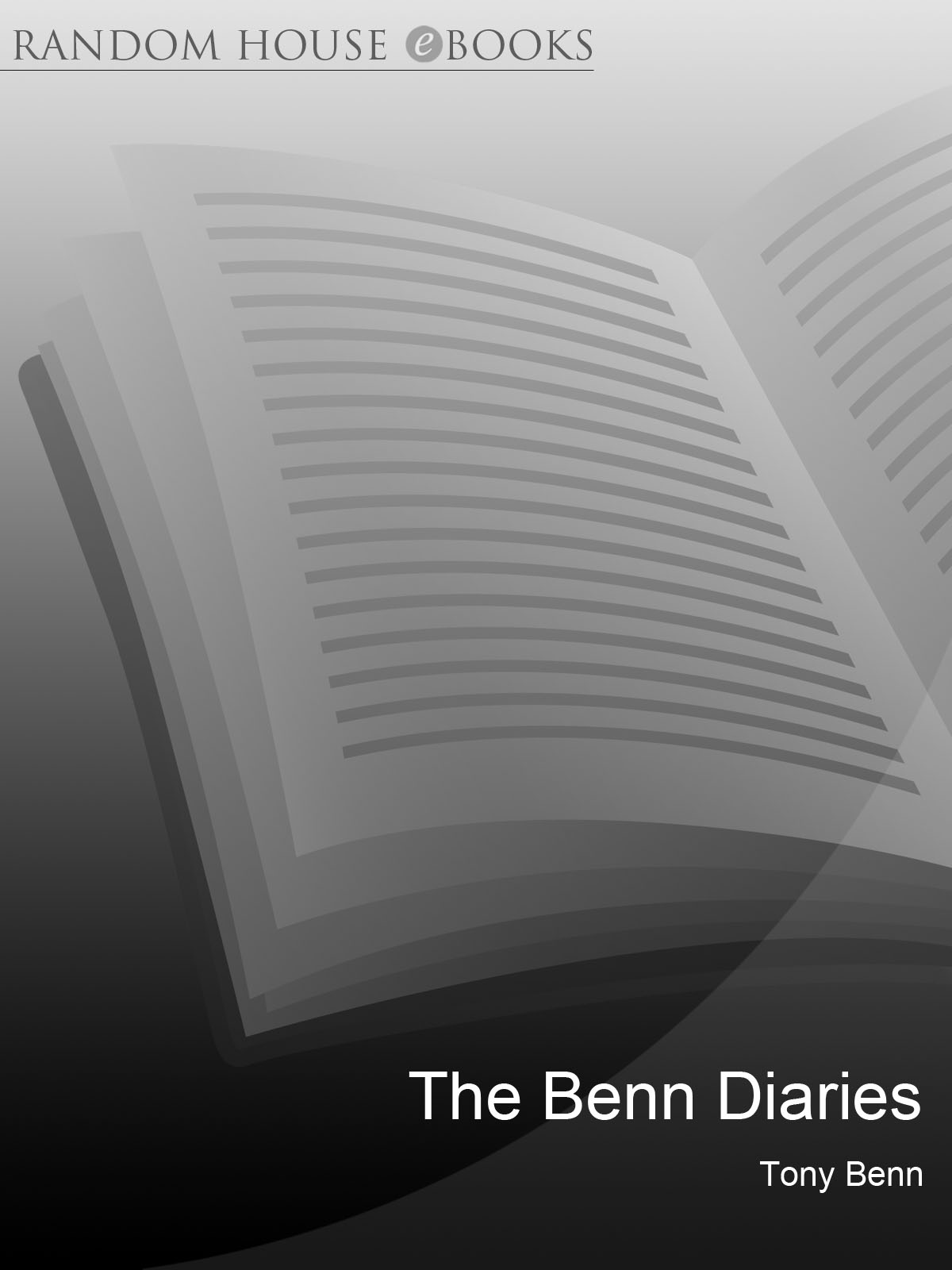 Preface to the 2005 edition

Foreword to the first edition

Tony Benn was first elected to the House of Commons in 1950 and retired in 2001 ‘to devote more time to politics’. He is the longest serving Labour MP of all time and has held senior Cabinet and party posts. He is now a visiting professor of government and politics at the LSE.

He is the author of many books, including his powerful case for constitutional change,
Common Sense
(with Andrew Hood),
Arguments for Socialism, Arguments for Democracy,
nine volumes of diaries and
Dare to be a Daniel,
Benn’s memoir of childhood.

Tony Benn has four children and ten grandchildren. He was married for 51 years to Caroline, socialist, teacher and author, who died in 2000.

Ruth Winstone has edited all volumes of Tony Benn’s Diaries and several biographies of political figures. She is associate editor of the
Times Guide to the House of Commons
; and currently works as a Library Clerk in the Commons.

THE REGENERATION OF BRITAIN
SPEECHES

FIGHTING BACK: SPEAKING OUT FOR SOCIALISM IN THE EIGHTIES

A FUTURE FOR SOCIALISM

DARE TO BE A DANIEL: Then and Now

Brief Chronology
Preface to the 2005 Edition

Ten years have passed since this single volume edition of the diaries of Tony Benn was first published. Two further books have appeared: a memoir of Benn’s childhood,
Dare to be a Daniel,
and
Free at Last!: 1990–2001,
which records the last years of Tony Benn’s parliamentary career and his entry into a new phase of personal and public life. The very early years described in
Daniel
are crucial to an understanding of a politician raised between two World Wars in the political tradition of radical non-conformism and in the culture of successful British entrepreneurship. This single volume edition should be read in conjunction with those two to appreciate the depth and unprecedented scope of the Benn Diaries.

By 2005, the year of publication of this book, the Labour Party had been in government for eight years consecutively, and for twenty-five of the preceding sixty years. But in the Election of May 2005, the proportion of the electorate voting for the government was the smallest in those sixty years. The distance the party has moved, and the bipartisanship of British political leaders at the beginning of the 21
st
century, has been meticulously chronicled by Tony Benn, himself a senior minister in the governments of the 1960s and 1970s, and an active participant in the Labour Party’s policy-making and organisational structures over the years. He thus also had a direct influence on the Party’s historic development, and witnessed the major ideological shifts which were accelerated in the 1990s under the banner of New Labour.

Chronicling – and interpreting – political life at the macro and micro level is a challenge to any serious political diarist. Tony Benn kept a regular daily record both as a Cabinet minister at the centre of governmental power and as a constituency MP (first in Bristol, and then in Chesterfield) confronted with his constituents’ wide-ranging individual and personal problems. As a result, the 15-million word diaries and associated archives present a coherent history of the massive transformation in technology, power, international relations and the social face of Britain.

This single volume edition will, I hope, reflect the essence of the five separate books from which it is distilled. I continue to believe, as I did ten
years ago, that, in the long run, it will be the small details of political life in the 20
th
century, as well as the major historical events and characters, which will endure and interest future generations of readers.

Nice Girls Finish Last by Sparkle Hayter
Murder Under the Palms by Stefanie Matteson
Strung Out (Needles and Pins #1) by Lyrica Creed
The Lady Series by Denise Domning
Nursing a Grudge is Murder (A Maternal Instincts Mystery) by Orgain, Diana
The Miracles of Santo Fico by D. L. Smith
Bending Adversity: Japan and the Art of Survival by Pilling, David
Dead by Morning by Beverly Barton
Chicken Big by Keith Graves
The Dollhouse Society: Margo by Myles, Eden
Our partner