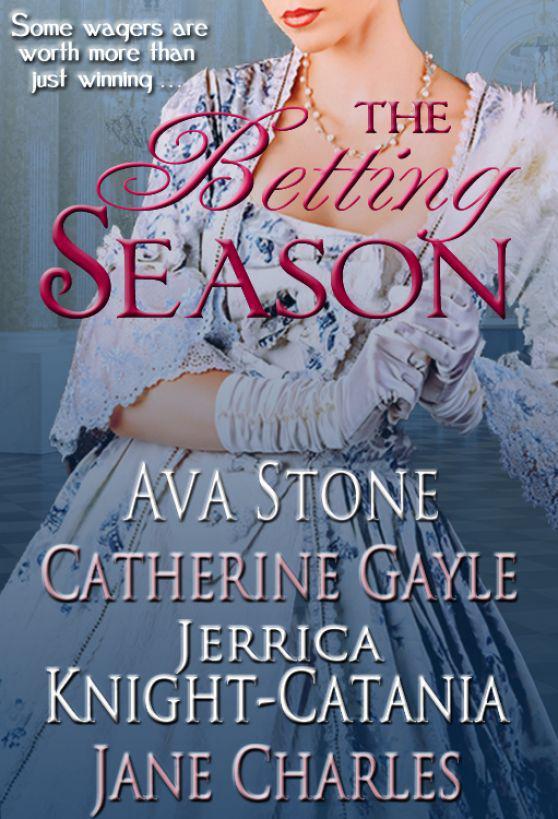 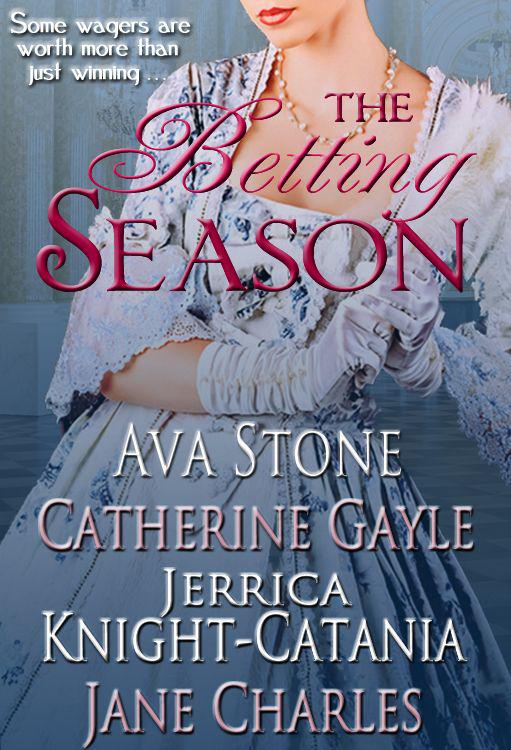 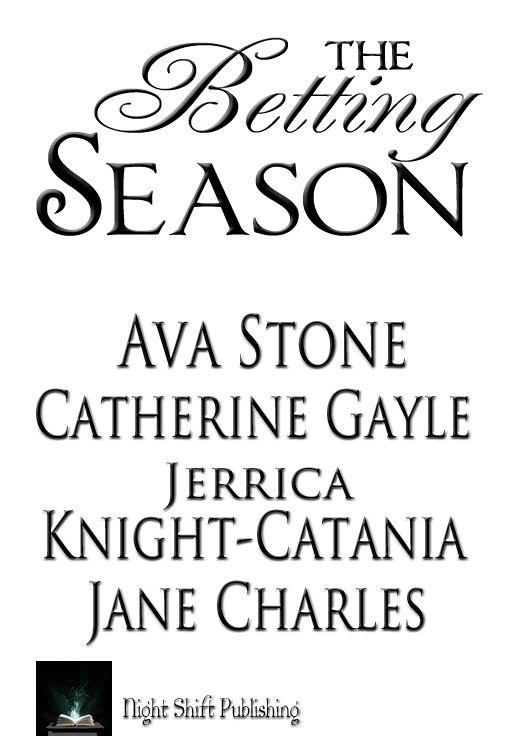 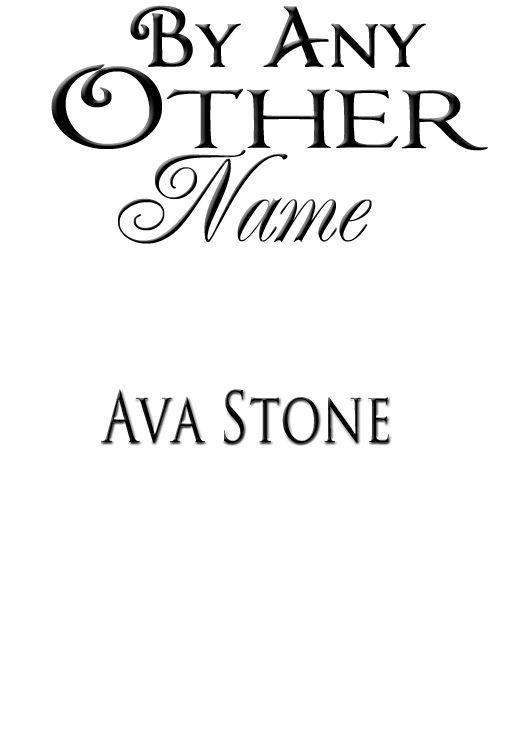 Writing my novella, BY ANY OTHER NAME, has been both a fun and rewarding experience, which was made all the better as I was able to work on this project with three of my dearest friends.

So this is for you ~ Jerrica, Jane & Catherine. You ladies inspire me everyday. I love each of you and have enjoyed every minute of our collaborations on this project.

A pounding echoed around Lady Philippa Casemore’s chambers. Or was that her head? Pippa blinked her eyes open and her room spun just a bit. She closed them quickly, in a vain attempt to halt the spinning completely. It didn’t work. In fact, she thought she might cast up her accounts right there.

Heavens! Why in the world did her head throb so horribly?

“
Pippa!” bellowed a voice from somewhere close by, and the pounding in her head became louder, though she had no idea how that was possible.

“
Is she even in there?” asked another voice. Harry’s perhaps?

“
She damn well better be,” growled the first, which now that she heard it again, Pippa realized the voice must belong to Berks. It was no wonder she didn’t recognize it at first. Her oldest brother very rarely growled.

Why was he growling? And why were both of her brothers yelling at her? A groan escaped Pippa’s throat when she tried to ask.

Pippa opened her eyes once more. The blasted room spun even faster somehow. “Berks,” she croaked out, barely recognizing her own voice. “Come back later, Berks. I’m not feeling at all the thing.”

“
Open the damned door!” Her door handle jiggled as though her oldest brother’s patience had been pushed past its limit. “Now!”

Pippa pushed up on her elbows and instantly wished she hadn’t. Bile rose up in her throat and gooseflesh rippled across her skin. “I’m ill,” she called back.

“
You’re not ill. You’re apparently foxed,” Berks returned, his voice more impatient than she could ever remember it being before.

That was it exactly! How did Harry know?

“
If you’re not going to be of any help, you can be on your way,” Berks grumbled.

“
But I am helping,” Harry protested. “You wouldn’t even know about the bet if it wasn’t for me.”

“
And how I wish I didn’t,” Berks said. The pounding at the door resumed. “Open this door at once, Pippa, or I’ll break it down!”

Experiencing Everett Casemore, the Marquess of Berkswell in a temper was a rarity. What in the world had happened to make him so cross?

Pippa slid to the edge of her four-poster and somehow managed to touch her feet to the rug. Her slippered feet. She’d gone to bed in her slippers? Pippa glanced down at herself, only to discover she was also adorned in her new periwinkle gown. Good heavens!

“
Must you yell?” she complained. “I’m moving as fast as I can.” Why was she in her periwinkle gown? She’d worn it the night before, hadn’t she? To the Heathfields’ ball? Her mind was so foggy. Why couldn’t she remember? Shouldn’t she remember her very first London ball ever? She’d waited what seemed a lifetime for it.

Pippa slowly padded across the floor and turned the key in her lock. A second later, Berks tossed her door open. Both of her brothers stood in the corridor, gaping openly at her.

“
What’s wrong?” she grumbled. “Haven’t you ever seen a lady in a ballgown before?”

“
I haven’t ever seen a lady sleep in one before.” Berks crossed her threshold, his dark hair pointing out in all directions as though he’d been tugging at the ends in frustration.

“
I don’t think that’s true,” Harry replied as he followed their oldest brother into Pippa’s chamber. “There was that time with Lady Elswick—”

The glare Berks shot Harry would have halted an approaching army, perhaps even killed the entire front line. “Kindly shut your mouth.”

A slight blush crept up Harry’s face. “Apologies,” he mumbled.

Berks tilted his head back towards the corridor. “I can handle this on my own, Harry.”

“
I’m certain you can.” Harry shook his head. “But I’ll stay, just the same. Pippa might need me.”

What Pippa
needed
was to sit down as the room had started to spin once again. “What is going on?” she asked and would have tumbled to the floor if Harry hadn’t caught her arm.

“
Really, Pip,” Harry whispered. “Albie Potsdon? What were you thinking?”

Albie Potsdon
? Harry’s school chum? Pippa hadn’t seen him in well over a year. At least she didn’t think she had. “Albie?”

“
Potsdon be damned,” Berks growled. “What I want to know, Pippa, is what you were doing with Lord St. Austell last night.”

“
St. Austell?” The name didn’t ring a bell at all. Pippa blinked at her oldest brother. “I don’t think I’m acquainted with Lord St. Austell.”

Berks’s lips thinned to an angry white line. “Indeed? Well, you were spotted dancing with the reprobate.”

Berks glared at their brother then redirected his dark gaze on Pippa. “You haven’t even gotten permission to do so yet.”

She’d waltzed? Pippa closed her eyes and tried to recall the previous evening, but her mind was all a jumble. “I don’t remember doing any such thing.”

“
It doesn’t matter if you remember it or not. Half the
ton
saw you do so.”

“
And then there’s White’s,” Harry added.

The Vagrant by Newman, Peter
El cielo es azul, la tierra blanca by Hiromi Kawakami
Storm Surge - Part 2 by Melissa Good
To the Limit by Cindy Gerard
Last Train to Retreat by Preller, Gustav
Shadow Waltz by Amy Patricia Meade
Cut Throat by Sharon Sala
Survival -Guardians of Vesturon [1] by A.M. Hargrove
You Only Get So Much by Dan Kolbet
Book of Shadows by Alexandra Sokoloff
Our partner