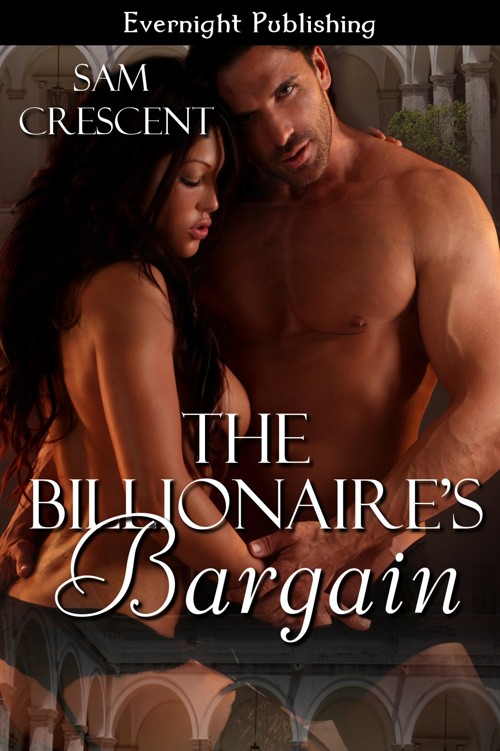 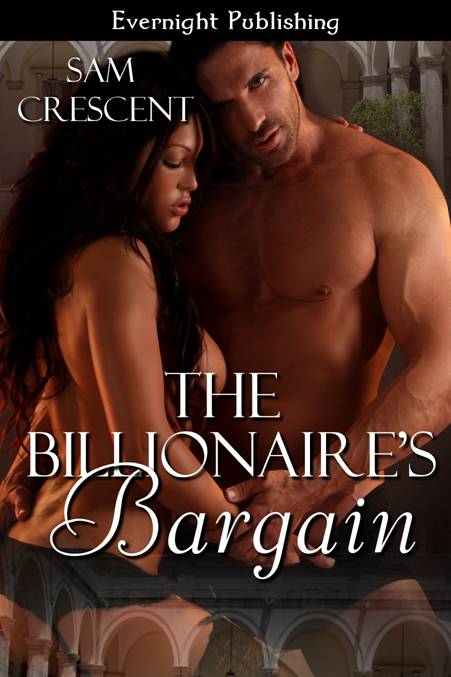 To everyone with a dream and a love of romance.

“This is fucking ridiculous.” Duncan James swore as his fist slammed
down on the brand-new mahogany desk. The sound echoed around his office. The
only person to witness his anger was his long time friend and lawyer, Mark
Rogers.

“As ridiculous as it may sound, it’s what is in your father’s will.
There is no way out. I’ve checked it over and over. There is no loophole. His
will is solid, and there is no way can it be changed or manipulated. The
bastard thought of everything, including how to control you in his death,” Mark
firmly said again.

knew Mark was right, but it didn’t
make what he had to do any easier. A wife, he needed to find a wife before he
could claim his inheritance. The bastard had been a shitty father in life and
an even worse father in death.

“How the hell am I going to find a wife and be married within a month?
This kind of shit doesn’t happen in real life. It’s like he read some of those
lame-ass romances that women love.”

“You seriously think you can’t find a woman willing to be
your
wife?” Mark asked. His friend gave
him a condescending look.
couldn’t help but smile. There would be any number of willing women who would
queue to be his wife. He had the wealth and reputation to reel them in. All of
the women in his life were beautiful and all after his money. Some were models
who wanted to further their own career, while others just wanted to be on his
arm. Not one of them was good enough to be his wife or mother his children. He
had standards, even if they were a little hypocritical.
wanted a woman who wasn’t in the
public eye. A woman who’d put her family’s needs before her own. His bastard
father was still haunting him from the grave. The situation would be laughable
if he wasn’t the one who was being screwed over.

Since his father had passed several months ago
had taken over the running of all of
his companies. There was only one problem with his position. His father had
decreed in his will that
could only take full control if he married a woman and stayed with her for two
years. Not only did he have to stay married for two years but within that time
he needed to produce a child. Being a handsome and wealthy multi-millionaire
meant he was never short of attractive female company. His decision should be
easy. However, he didn’t want to marry a woman he couldn’t stand for as long as
it took to fuck her. His attention was hard to keep. One woman for two years
would be hard for him to keep getting hard for.

All of the women he’d dated and fucked were not the sort of person he
wanted for his wife or as the mother of his child.

He wanted someone within his life whose company he would be able to bear
for more than a few days.

How was he to find a woman to agree to marry him, have his child, and
then leave without a fuss?

His father definitely knew how to get his own way. He was even doing it
in death. He knew that
would do anything to get his heritage, as otherwise it would go to his
heartless conniving step-mother.
wanted Miranda James, his step-mother, to finally get her comeuppance for
destroying his parent’s marriage.

Shame had consumed him when his teary-eyed mother had knocked on his
apartment door in
over ten years ago. His father had pushed his mother out of the family villa in
,
to move his gold-digging mistress in.
had cut off all contact, not allowing his father near him or his mother. The
divorce was handled swiftly with
in charge of everything. Mark had done a smashing job of keeping his father
from his life. Now he was back, and he dangled the candy in front of him. Ever
since his father had moved his mother out of their family home,
had spent a great
deal of time trying to put his mother back in her rightful place. All he needed
to do was marry and produce an heir. He had never wanted to marry, but he would
do so for his mother and to spite Miranda. She needed to know what it was like
to suffer.

The telephone buzzed, interrupting his thoughts and his friend’s
questioning looks. He’d been so lost in his anger he had forgotten his friend
was waiting.

“Mr. James, I’m sorry to interrupt, but Miss Williams is here for her
two o’clock appointment.”

The woman whose father had pilfered hard-earned
money from his clients.
thanked his secretary saying he would be done soon.

“So what do you suggest I do?” he asked his friend.

Mark stared at him for several moments.
knew his friend was getting pleasure
from this. Mark had been trying to get
to settle down for years. His friend had been happily married for several years
with a family, and he seemed without any need for other female company.
would never admit
to his friend that he envied the peace Mark had gained. It would do him no good
to admit to such things.

“Well, I think if you want your father’s estate and business you need to
start interviewing for the bride-to-be,” Mark said, standing up ready to leave.

“That’s all you’ve got to say?
Interview for a bride?”
ran his
fingers through his hair finding himself annoyed with the whole situation. He
was a forty-year-old man. He shouldn’t be considering his father’s ultimatum.

“What else will you do? You’ve said how much you want what your father
had. You want Miranda out of the villa and your mother back in.” Mark picked up
his suitcase ready to leave.

“You have always doubted my thoughts with regards to my parents. Why?”
asked.

“Your parents wouldn’t admit the truth to their son. I don’t think your
father’s behaviour was as cut and dry as your mother makes out. You’ll do what
you want, James. You always do.” Mark walked to the door. “Let me know what you
decide. Don’t hurt a woman in the process of gaining your revenge.”

Tess Williams rubbed her sweaty palms down her skirt for the hundredth
time. Her nerves were getting the better of her. This interview meant so much
to the future of her father. Duncan James could ruin her father in one swift
phone call. She knew her father had stolen money, not only from
, but also from
other clients in the company. She didn’t know the exact amount her father had
stolen. She knew it had to be a vast sum to have him worrying about it. Today
she would try to negotiate the outcome of her father’s punishment. She knew it
had to be a serious problem for him to go to her. Erik Williams rarely
approached his daughter for anything unless he had to.

She noticed the curious glances from Duncan James’s secretary. Tess knew
this place wasn’t right for her. She stuck out like a sore thumb, which only
put her on edge. Tess ran her hands through her dark curls trying to make her
hair look someway decent. No matter what beauty product or device she used to
tame the wayward locks, they always wanted to do their own thing. The glances
reminded her of her school days where she felt out of place. Her full figure
and wayward hair, along with her lack of propriety, had always been a topic of
discussion among her peers and her father’s friends. She knew Erik was
embarrassed by her. He’d tried to change her while she was growing up, but she
had found peace being in her garden or in the library where she worked. Being
in the limelight for Erik had never appealed.

Tess didn’t know who her mother was, so she didn’t know where she got her
characteristics from. She liked getting her fingers in the dirt and staying
away from anything that would consume her passionate nature.