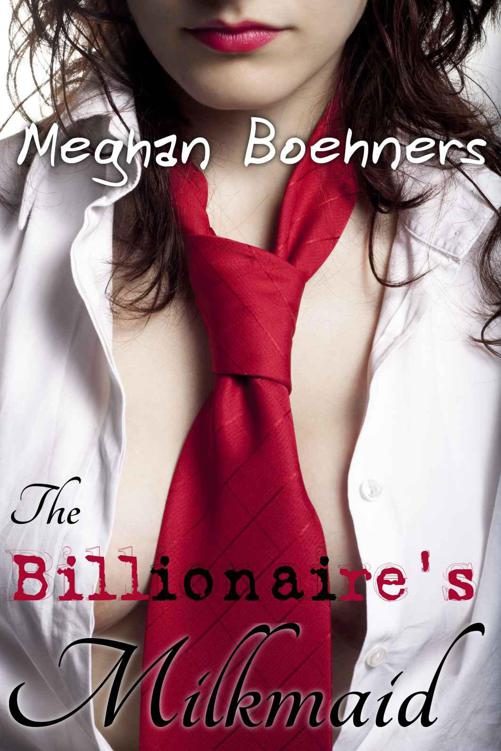 Sometimes "taboo" is just another word for fear...
SHE NEEDS SECURITY
When new mother Jessica Browning gave birth to her daughter, the last thing she expected was for her husband to fall in love with the labor and delivery nurse, Bambi.
Yeah -- Bambi. Like the cliche couldn't get any worse...
Jessica's six month maternity leave was fabulous, and she considered herself lucky, but now that she was a single mom and needed their only income, supporting baby Sofia became even more important. Her first day back at work as a Project Manager was tougher than she expected, starting with one simple thing:
Where could she pump?
HE WANTS TO HELP HER
The company's idea of a nursing station was the bathroom. As she stood in the hallway, confused and swollen, a mysterious man led her to an empty room, a knight in shining armor -- or, at least, Armani -- who turned out to be the new owner, Antonio Bouskos.
THE Antonio Bouskos -- billionaire playboy extraordinaire, courter of princesses and fabled for his aloofness and style. When he turns his charms on Jessica and shows her exactly what he wants, soon he's drinking her in --
Literally.
His intense domination arouses her as he breaks more taboos in one encounter than she's considered breaking in a lifetime. And when he promises more -- oh, so much more -- the Jessica who came to work that morning will leave a very, very different woman...

Read the whole story here in
The Billionaire's Milkmaid
.

Jessica Browning was sick and tired of being sick and tired, but apparently her breasts were going to argue with her no matter what. Her first day back at work after a very-much-enjoyed six month maternity leave was not going well at all, and she was ragingly pissed. The sweet cocoon of home was long gone and now she was back in the office, the drudgery of work setting her off kilter.
First of all, the last thing she had expected was to have the father of her baby fall in love with the labor and delivery nurse and announce, when their daughter, Sofia, was two months old, that he was leaving her to run off with Bambi. Yes,
Bambi
. Bambi the husband stealer – it had a ring to it.

The end result made her proud, but she had spent these last few months just trying to get over her anger and hurt at Joe, unable to enjoy the sensuality her new body brought.
Perhaps Antonio could help her.
Stop that
, she thought to herself, pulling her hand away reluctantly, the hot hiss of his skin still warming her. "Antonio," she said, "thank you. Where is the room?" If she said more she knew she would blurt out something stupid, words that would reveal what she was really thinking and feeling right now, and if she slipped she would look like a fool.
Or worse. Who was this guy in the corporate structure? She'd never met him, and although she'd been gone for six months, she had worked here for seven years before going out on maternity leave.
"Jessica, you work in advertising, yes?" he asked as they walked down a flight of stairs and he opened the landing door for her. "The room is right this way," he explained. As she passed him she swore he inhaled deeply, making her swallow around the lump of desire that formed in her throat. Taking an unsteady breath, she tried to answer him, the heat between her legs making rational thought nearly impossible.
"Yes. I'm a project manager. PMP." She paused and looked him in the eye, some sense finally restored to her. "And what do you do?"
He laughed, flashing very white, perfectly straight teeth, and a face that looked as if he spent summers aboard a yacht in the Mediterranean. She imagined him, brown-chested on the deck of a boat, white, open shift blowing behind him as he captained the boat, not a care in the world and with more money than God. "Ah, what do I do? I, actually, do nothing here." Now he shot her an impish look and she was wordless once more.
She frowned. "You're a client?" What was a client doing showing her around the building, taking her to a breast pump room? OK, this was starting to get creepy, and yet it wasn't, because Antonio made her want to do things. Naughty things. Acts she'd only read about in books or devoured on her Kindle. He represented a little something – no, a
lot
something – she couldn't even touch in real life. Smooth skin and a heated look, though, were right here, aimed at her. The cognitive dissonance was too much as her mind and her core fought for control, lust starting to win out as she heated up. She felt discombobulated and was determined to let a little common sense click in, to try to get herself reined in.
"No. I am the owner. Hence," he smirked, "I do nothing." He gave her a quizzical look and she felt the blood drain out of her face. The owner? How could she have missed an announcement like this? She had read through all her backlogged emails these past few weeks, working from home, wanting a leg up before she returned. Keeping her job was absolutely, terrifyingly critical now that she had to support Sofia on her own with Joe gone. What would a change of ownership mean for her and her job?
"I, um, is this new? I read all the company emails and kept up with the daily business reports while I was out on maternity leave..." Her voice trailed off. She felt stupid, suddenly, like a girl out of college in her first entry-level position. Gone was the confident career woman she'd been just last year.
Don't cry, don't cry, don't cry,
she told herself.
His face changed, a look of concern deepening in those obsidian eyes, eyes that seemed to want to take care of her, to make the pain go away, to sweep her off to a villa and – "Oh, Jessica, do not worry. The announcement has not been made yet. In fact," he whispered, stepping close to her, his hand slipping casually to the small of her back, "you are the first to know. No – wait. The second. After the board of directors." His chuckle was infectious and she joined him, not knowing why he was laughing. She frowned after, still worried about her job and supporting Sofia, but she tried quickly to make the worry go away.
He stepped back and put his hands on her shoulders, the zing of electricity from his touch shooting through her, emanating and all-pervasive, the intensity literally catching her breath and making the hallway spin out of control as her panties were soaked in seconds from a rush of, well,
everything
.

All We Had by Annie Weatherwax
Get Happy by Mary Amato
Second Stone by Kelly Walker
My Misspent Youth by Meghan Daum
Slated for Death by Elizabeth J. Duncan
Iggy Pop by Paul Trynka
Fallen Angels by Bernard Cornwell
Mercy Among the Children by David Adams Richards
Playing with Fire by Amy O'Neill
Three Dog Night by Egholm, Elsebeth
Our partner