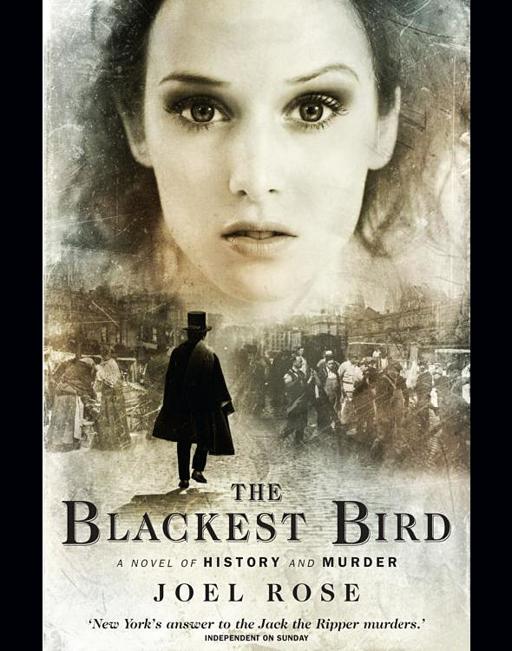 A Novel of History
and Murder

Who drinks the deepest?—here’s to him!

M
ake no mistake, the task at hand affects him deeply.

He is not entirely cold-blooded after all.

Still he proceeds, tearing long strips from the hem of her dress, tying the white lengths around her waist and neck, fashioning a crude makeshift handle by which to carry her.

The wooded path is clear, although overgrown to each side with grabbing brambles and dense vegetation.

Not far off, the river laps, its briny tang strong in his nostrils.

Across the expanse of water, he can just make out the lights of the city gleaming through the rising mist.

Somewhere in the current, he thinks he hears the dip of oars.

Overhead, there is no moon visible, but many stars, bright through the high canopy of trees.

The deed is done.

A feeling of sadness and longing comes over him that is not akin to pain, but resembles sorrow only.

He wrestles with the dead weight of her, leaving the body by the
riverside while he scours the bank looking for stones and rocks of a size large enough to weigh her down.

His thoughts go to her.
What have I done?

“Oh, Mary,” he murmurs to himself, may even have spoken her name out loud. “Oh, Mary.”

H
is name is Jacob Hays. But in the popular penny prints, the
New York Evening Herald
, the
Sun
, the
Tribune
, the
Mercury
, throughout the city, high constable of the metropolis, he has come to be known as Old Hays.

Sixty-nine years of age, he has stood his post for nearly forty years, having first been appointed head of the force in 1802 by Mayor Livingston.

As a young man of the Watch, Jacob Hays had made his reputation at the bull-baiting ring atop Bayard’s Mount, where he garnered renown for wading into the midst of throngs of warring, drunken brawlers. Equipped solely with his long ash constable’s staff, he would proceed from one to another, knocking the hat off the most vituperative, then, when said individual went to retrieve his aggrieved topper, sending him flying with a swift kick to the rump, effectively rendering his participation harmless. In this way, proceeding from cove to sport to magsman and back again, he had put an end to many a free-for-all, many a melee.

Old Hays is known for being an exemplary and honest man, one of moral and religious character. His keen, deep-set brown eyes lend
intelligence to a stolid face, mahogany complexion, and beetle brow. The rigid set of jaw and mouth, the large ears alive with tufts of coarse hair resembling nothing less than stiff gray antennae, these afford him an air of calculated study, the demeanor of one all-seeing.

A steadfast, inflexible, inexorably truculent type, considered a terror to all evildoers, Old Hays believes he can distinguish the criminal physiognomy from the physiognomy of the honest man. He has made a lifetime study of the science, exploring fully the face—or countenance— as index to character. Neither man nor woman passed him on the street he did not study, categorize, remember. He was the constabulary’s first shadow, what had recently come to be called in the city “detective.”

Among numerous other crime techniques, he is given credit for being the first to tail a suspect, in addition to development of the strong-arm tactic of interrogation best known as the third degree.

He had come on board the force as a youth in the lowliest of roles, when the Watch boasted no formal organization, comprised almost exclusively of a small corps of roundsmen and an equally small phalanx of “leatherheads,” glorified night watchmen, their sobriquet derived from their only uniform, a leather fireman’s helmet favored by the men, front brim cut away, and shellacked until the leather was hard as iron.

Earlier that Tuesday morning, having just sat down to his newly accustomed cup of coffee, what he called “Javanese,” prepared, at her insistence, by his daughter, Mary Olga, in the Hays family longtime residence, a modest red brick home on Lispenard Street, Old Hays had received an urgent message, delivered by the Negro sextant of the Scotch Presbyterian church on Grand Street, the same Scots church where his family had worshipped for many years, his wife before she died, his sons before they died, where he and his daughter still worshipped. The note, signed by the reverend doctor himself, urged Old Hays’ immediate presence, saying that overnight, thieves had stolen the copper sheathing directly off the church steeple and somehow
gotten away with it, pleading for him to appear in person with utmost dispatch, which he had done, although to no avail. The copper was long gone, and a more thorough investigation of the metal yards and smithies would have to be undertaken and carried out by someone younger and more spry than he.

The reverend doctor made point to mention the youth bands, saying they had been seen around the church of late. He especially named Tommy Coleman and his gang of Forty Little Thieves, who had a clubhouse around the corner and up the block from the church on Prince Street, and Hays did promise he would ferret the laddie out and have a word with him. With not much more discussion, he then called to his longtime driver, Balboa, an elderly Negro dressed elegantly in bottle green waistcoat and yellow cravat, waiting for him at the kerb.

With Balboa’s hand up he climbed back into his carriage, a closed black barouche, and within minutes was standing in his office at the Tombs, in front of the barred window, in a slip of noonday sunlight.

Sergeant McArdel of the Night Watch, having entered the small room from the corridor, now stood in the doorway behind him, clearing his throat.

“What is it, Sergeant?” Hays inquired, turning to his ham-faced, ginger-headed aide.

“A gentleman has been here to see you, sir,” McArdel said.

Thirty-nine years old, Sergeant McArdel was seventeen on the force, but only three years full-time. Before that he had worked days as a hod carrier, chiefly in the Third Ward, around Columbia College. Such employment as the sergeant’s, outside the force, was not an exception, nor was it singular. Most of the Watch held outside work in order to supplement their meager salary (officially, eighty-seven cents a shift) afforded them by the city’s Common Council and Board of Aldermen.

“If I may say so, sir,” McArdel added, “the man was in a general state of alarm.”

The prison, in whose bowels Hays maintained his office, had been built three years previous, in 1838, replacing the old Bridewell. Properly titled the Manhattan House of Detention for Men, or, in some circles, the Hall of Justice, the somber building, built on pilings and constructed from gray Weehawken stone block at the intersection of Elm, Centre, Anthony, and Leonard streets, on the western shore of the old freshwater Collect, a large pond, once the primary source of all New York City drinking water, was, from the day of its initial ground-breaking and ever after, popularly known as “the Tombs.”

The high constable’s office was located on death row, off the large Bummers’ Cell, where a continual string of drunks, rowdies, and bingo boys were paraded daily, to be held until such time when they might sober up, pay their fine (typically $2.50), and be on their way.

The day was unseasonably hot, even for the deep New York summer of late July, the humidity cloistering and oppressive, particularly for a man of the high constable’s age. The combination of weather and miasma rising from the poorly filled-in swamp below the prison was taking its toll on his constitution. He swabbed at his forehead with a large handkerchief as he swatted away from his yellow oak desk one of the prison’s many cats, tolerated to keep the jail’s rodent population somewhat at bay, his attention momentarily taken by a deep voice lecturing at stentorian volume to those incarcerated in the Bummers’ Cell. The topic: the devil Intemperance.

“My apologies, sir,” Sergeant McArdel continued, “but he, the gentleman in question, gave his name as Mr. Arthur Crommelin, was here this morning. It seems a young woman with whom he has some history has turned up missing, and his concern, and evidently that of others who know her, including her own mother, is mounting. This gent, therefore, come in to have a word with you, but you not being here, he’s had a word with me, sir.”

“This Crommelin gave her name as Mary Rogers, sir.”

“Is her name familiar, sir?”

“If it is the same Mary Cecilia Rogers of Pitt Street who was once employed at the segar shop of Mr. John Anderson on the Broadway near the Publishers’ Row, it seems to me she went missing once before about three years ago. Did your gentleman mention such an occurrence?”

“If I recall kerrectly, her mother came in at that time, too, also in a state of general alarm. She claimed the girl had left a suicide note, but Miss Rogers turned up, not more than a week later, saying she had been visiting with an aunt in Brooklyn, and knew nothing of her mother’s concern. I suspected at the time she was somewhere else.”

“Where would that have been, sir?”

“I would not be surprised if it were a similar occurrence now, sir,” McArdel nodded.

“Nor would I,” said the high constable as he turned from the iron-barred window and the yard beyond. “Nor would I.”