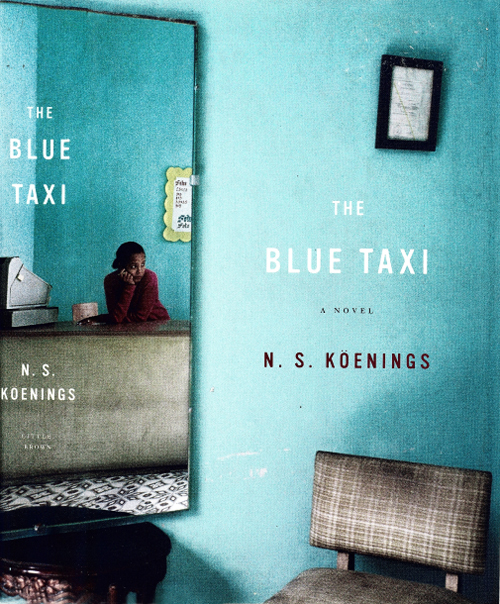 T
he plus in Sarie Turner: a minus for the widower’s youngest boy. An accident, it was, in the bright Kikanga neighborhood of
seaside Vunjamguu. For the unseen, sudden child? A
gongo
-drinking driver, big blue Tata run amok. Great low rumble and a thrash, metal bending with a wail. A fall—a slip and tender
snap—and cries and shrieks and shudders from those close enough to see. Next, the tremors of a riven street, belated shatterings
of glass. A squeal, an interrupted skip. What else? Among others and perhaps the very least, but, still, one thing: at some
distance from the fray, unexpected and intent, a simmer and a bubbling in a tall, ungainly woman who had not bubbled before.

Sarie Turner did, like others in that nest of high-housed, sooty streets, hear the rich commotion as it happened. But because
she didn’t see the Tata shedding its old brakes, taking its hard teeter, didn’t see the stumbling boy’s quick pitch, was still
coming round the corner, she couldn’t fathom what it was. In fact, she thought,
C’est quoi?
The bright perfume of burnt and bleeding things came flooding up her nose. Aware of Agatha’s small hand tightening at her
own, Sarie felt that she should hurry. But she’d gone very still, her eyes and mind a blank.

Her daughter’s fingers fell away and Sarie next experienced in her knees a looseness that, traveling up her hips and thighs,
nearly caused her to collapse against the stationer’s window—where, behind the oily glass (shocked, too), a steno pad threw
off its dust and several ink pens rolled slightly to the side. Sarie felt the window
hot and smooth against her shoulder and wondered why she couldn’t see. She brought herself upright again and noted then that
her own eyes were closed. She opened them.

Sarie squinted in the light but could not see her child (Agatha, while her mother’s eyes were shut, had run on to find things
out). As the street came into view, Sarie’s stomach tilted in its house. She swallowed, turned the corner, too. She identified
a crowd but, slow to see the obvious as she was, still didn’t understand. She wasn’t used to being dizzy, that squeezing in
her chest, a blurring at her temples that took some time to clear.
What is it that’s happened?
Was that Agatha, just there? When Sarie had caught on that the scarlet-stippled log her only child sat holding on the banks
of India Street was no log but a leg that had been unhooked from its owner, it was too late for her to scream. Somewhere between
her collarbone and chin, a scream-shape came careening to a stop—she gasped.

She was not alone. The others had screamed punctually, just after the bus hit, and now they only stood, unnerved, making tender
sounds like
mm
and
oh
and
haaa
. A newsboy, head-cocked, knee-bent like an egret in a pool of fallen print, stood frozen in the sun. A small round woman
the color of a cashew, gray hair middle-parted like a book, eyes as deep as bowls, clutched her racing chest with two immobile
hands. Hovering like a specter from white smoke and toppled coals, a coffee salesman, tongue an arrow, held fast to his curls.
In the plump and muted hush—breath-breath, gasp-gasp, and everything so
slow
—everyone was still. Everyone, that is, except the boy to whom that log—no, leg—belonged.

But the newly fractured boy, whose accident this was, wasn’t screaming either. Rather, there slipped from other parts of him,
as from mysterious insects, a range of thrums and squeaks. There was:
from a shaggy head with opaque hair, a wincing; a creaking from the thin-boy trunk-and-thigh; and a steady, anxious droning
from the one leg he still wore, which he clutched as if to keep it safe with two surprisingly big hands. The sounds his body
made, delicate and soft, would have—somehow Sarie and the gaspers sensed that this was so—put further screams to shame.

Sarie, one brown knuckle tucked into the hollow at the base of her tight throat, wobbled on the curb, aware without quite
knowing why that she was being called upon to
think
. To Sarie’s left, squatting, showing flowered panties, Agatha was quiet, too. Brave child, she had not considered screaming.
With care, with eerily professional aplomb, with love, perhaps, she had neatly folded down the cuff of the blue sock at the
end of that lost limb as if preparing the loosed thing for a party or for school. Fingers lightly resting on that wounded,
dappled skin as at the keys of a piano, Sarie Turner’s daughter calmly oversaw the stranger’s separated flesh in a square
of city shade. Behind her, the split doorway of an alley lolled open like a blouse.

Despite everything else, perhaps because at times like this the mind moves rather strangely, Sarie thought,
She looks nearly like a picture
, and she was briefly proud. In all of her nine years, Agatha had never been a worry,
pas une fois
, and why should she be now? Seeing Agatha so serious and unruffled—sensing something of herself there and by this sense reassured—Sarie
ceased her gasping and took stock. She pressed her lips together and turned towards her right. There, not on the sidewalk
as she was, but in the middle of the road: the now one-legged boy, squeak and drone gone soft.

The hardy, sticky pool of red that seeped around his little hips and what had earlier that morning been a round and boyish
knee made Sarie, of all things, think wistfully of sauces she did not know how to make. This culinary wish, its ordinariness,
its very saucy
plainness, coincided with a jarring and extremely strong desire to ensure that that boy’s hair and chest and thigh kept making
hopeful tunes. That the urge was visceral was curious, for Sarie—as she well knew herself, as her husband Gilbert often thought,
and others had asserted in frustration—was not given to communion. But, oddly, there it was. Already. Accidents transforming.

Dutifully, she turned once more towards Agatha, to make sure she was all right. She was. Perfectly at ease, having understood,
perhaps, that there would be no parties and no lessons any longer for the leg, Agatha had begun unlacing the brown shoe so
the thigh-less foot might stretch its toes a final, dear time. The shoe? Not new, but still; Sarie noted,
Bata
, by the way. She briefly had the thought that she herself would like a pair of dark brown Bata pumps, someday, but she knew
she oughtn’t linger:
To think about the shoes! A wounded boy, just there. A boy missing his leg!
So be it.
She
would help him, yes.
C’est moi
, she thought.
C’est moi qui vais l’aider
. Agatha would soothe the shin, and she herself would take firm charge of that other, altered body. With an able, manly finger,
Sarie tucked a strip of yellow hair behind one of her ears, and, deliberate now, like a hefty praying mantis, she lifted up
one foot and prepared. She set the raised foot down, lifted up the other, and took into the street seven crucial steps that
would, before she understood it, change the things she knew.

She was not alone in moving at that moment towards the injured child. As she set off, a neat, close huddle formed, hiding
him from view. Oh, concealment of the target, so fresh and speedy on the heels of Sarie’s taking aim! That urge inside her
trebled. She felt needed by the world, as she never had before, and she went forward quickly. The swollen hush, its muted
mms
and
ohs
, died down as she moved, and a babble rose instead. Ears and heart arush, Sarie made out this and that: some in the assembly,
whispering
at first, wished to ascertain the cause of what they saw. Buses were no longer what they had been, sure, but was that up-country
driver drunk? And did this sorry boy not have a mum or dad or uncles? What had he been doing, foolish, in the road? Here,
the coffee salesman ventured that the boy (so it seemed to him) had been hunting house crows with a slingshot. The middle-parted
woman, with an authoritative look, declared that boys these days—coffee-man included—had no common sense. She smoothed down
her brown sari and commandeered a slightly wandering green eye towards the wounded child.