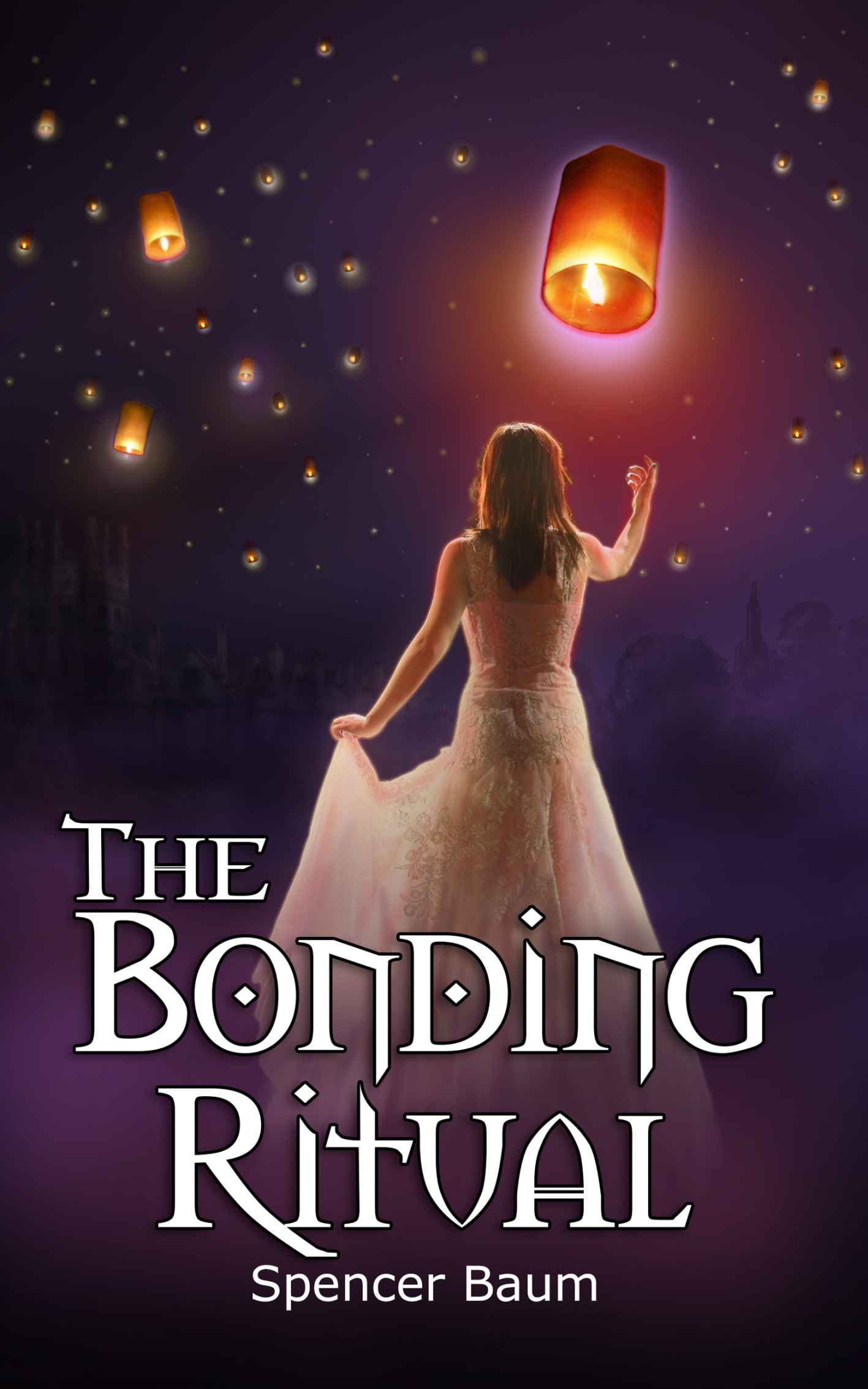 The winter sun fought its way through the window blinds. Kim Renwick turned away from it, but still the light came for her, relentless in its demand that she wake up.

It angered Kim that her body woke with the sun. How desperately she wanted the opposite, to be a creature
who woke at dusk and thrived in the night. How many years had she been absolutely certain that immortality was her destiny, that her human form was merely a larval state, and that in the spring of her eighteenth year she would undergo a metamorphosis that would allow her to emerge from her human shell, reborn as a creature of the night?

Even when things started going sour at the Masquerade she didn’t doubt her destiny. Even when the new girl outperformed her at the Date Auction and she learned that Jill Wentworth had been plotting for years to steal her birthright and give it to someone else—even then she believed in her heart that she would right the ship quickly and regain her place atop the Coronation rankings.

Through the final months of fall semester, when Nicky Bloom was taken for the Rose Ransom, Kim regained her swagger. She became certain that it wasn’t just fate that wanted her to win, but the clan itself. Why else would Renata kidnap Kim’s strongest competitor and make the clues to her whereabouts so difficult to solve?

She
had been standing in Renata’s mansion, watching the clock inch towards midnight, feeling triumphant, when everything went to hell. Jill solved the clue at the final second. Jill revealed Nicky and Ryan’s hiding place in the nick of time. Jill won the hundred million dollar ransom…

And gave it all to Samantha Kwan?

That last part was so unexpected, so mindboggling, that it made Kim doubt everything she thought she knew. Jill wasn’t just a few steps ahead of Kim; she was running an entirely different race. The Renwick war machine had been in full swing for more than ten years, supposedly clearing a path for Kim to march to victory unopposed, but Jill found a way to sneak past it.

Jill found a way to aim the war machine at the wrong target until it was too late.

What a brilliant plan! What a devious, audacious, downright evil plan, and Jill had executed it perfectly! All this time the Renwicks thought that Samantha Kwan was nothing. They had allowed her in the contest because Kim needed someone to defeat, and who better than meager little Samantha, whose parents were worth a paltry twenty million dollars?

Kim, Mary, and Samantha. That had been the plan for years. They all knew it was coming and they all assumed that the Kwan family was okay with their daughter crawling into a cage at
prom so a newly immortal Kim could drink her dry. Kim’s father had spoken openly with the Kwan family about it, and heard Samantha’s parents talk about the prestige of wearing black to Homecoming, about the honor of a good death, about how the girl who loses Coronation achieves her own form of immortality.

Jill Wentworth and Samantha Kwan had played them like fools. While the Renwicks and everyone else were distracted with
Nicky Bloom, Samantha hid quietly in the background, until Jill gave her a hundred million dollar donation, a donation that gave her a commanding lead with only a few months to go.

It was over. Kim knew it, the rest of school knew it, the big money donors in DC knew it, and the clan knew it. With a lead so large, Samantha would have everyone lining up on her doorstep. That was how Coronation worked. Once DC had a feel for who was going to win, it was already over. Everyone wanted the favor of the new immortal. If people thought you were going to win, they gave you money, and you did.

The sun was burning at full blast now, its light pressing on the cracks between the blinds and making the curtains glow. There was no point in fighting it anymore. This was going to be Kim’s life. Wake with the sun, eat a boring assortment of plants and animals, grow old, and die.

She got out of bed and went downstairs. Her father was waiting for her.

He didn’t say anything at first. Just looked at her. She wanted to snap at him to wipe that look off his face and say something godammit, but she kept her mouth shut. This too would be part of her new reality. The promise of immortality had given her power over everyone, even her parents. Now she would have to mind them like a good daughter, lest they take away her fully revocable trust fund.

“What happened last night?” he said.

“Why do you even ask?” said Kim. “I can tell by the way you’re looking at me that you already know.”

“How bad is it? Is everyone in town talking about it?”

“Of course they are.”

“God, Daddy, it’s barely eight in the morning. Do we have to do this now?”

He looked at her, the way she had seen him look at many others. Galen Renwick, Washington’s most feared dirt digger, was giving his own daughter the look he gave to his enemies.

“Just let me get something to eat, then I’ll tell you everything,” said Kim.

Kim’s version of everything began with Jill Wentworth rushing through Renata’s front door just before midnight, and ended with the Ransom money landing in Samantha’s Coronation account. She told the story to her father. Every painful detail. When she was finished, her father said, “You know what this means, don’t you?”

“It means you’re in third place. Third out of four. It means if one of the games this spring doesn’t go your way--”

“Denying the truth doesn’t make it any less true. We are surrounded by sharks and your blood is in the water. Samantha is going to win Coronation, that much is already decided, so now your classmates will turn their attention to who is going to lose. Who do you think they would rather see in that cage on prom night? Nicky Bloom, Mary Torrance, or you?”

No words passed between them for over a minute, and Kim felt like she might go insane in the silence. Her father was right. Her classmates hated her. They hated how she had lorded over them for years, how she and
her daddy used innuendo and blackmail to bully them all into submission.

They would love to see her go down in flames.

“Get dressed,” Galen said. “I want to take you somewhere.”

‘Somewhere’ turned out to be the Thorndike campus, which, on the first Sunday of winter break, was silent. They parked in the sophomore lot and walked through the courtyard to South Campus.

The oldest part of the school, South Campus was largely a relic
of the old, pre-Daciana Thorndike. Small brick buildings made in the Federal architectural style, arranged in rows rather than around courtyards like on the main campus, the southern block of Thorndike Academy housed administrative buildings, a teacher’s lounge, the old gymnasium, and half a dozen small structures of widely varying purpose.

One of those structures was a two-bedroom house surrounded by a white picket fence. Standing alone on the edge of South Campus, this quaint abode was a place Kim had never visited before.

“Daddy, you’re not taking me to the Purgatory House, are you?”

Galen said nothing, but put his hand on Kim’s back, gently pushing her forward.

“You can and you will,” Galen said. “I’ve made arrangements with Edith to open it up early today so you can have a private visit. It’s for your own good.”

“No, Daddy,” she wailed, her eyes filling with tears. She was trying to pull away, but Galen grabbed onto her wrist. “No, Daddy! No!”

He yanked her close to him so her face was right up next to his.

“Your arrogance has made you lazy and cost our family a spot in the clan!” he snapped at her. “The contest has gone awry because you lacked the humility of a girl whose life was on the line. I guarantee you Samantha Kwan didn’t make the same mistake. You will come with me now and face what’s in store for you if you don’t get your act together!”

“You monster!” Kim cried. “It was your job to vet my opponents! This is your fault and now you’re blaming it on me!”

“You don’t get to talk to me like that anymore!” Galen roared. “After last night, you are nothing, Kim Renwick! Do you understand? You are no different than every other spoiled rich brat in this town. Do you know what I do to spoiled rich brats who make me angry? I bury them! For years I put up with your insolence as a matter of respect for the clan, but you are no more a part of the clan than I am now! You are a lowly human like the rest of us and you will go into that house and face the truth of what’s coming for the loser of this contest. Maybe you’ll walk out with enough humility to stay alive come the spring!”

“Good! Be thankful for the pain! At least you’re alive to feel it! If you don’t change your approach, if you don’t accept the absolute urgency of your situation, you will end up in the Purgatory House, not as a visitor, but as a resident! I’m doing this for your own good, Kim! You will get yourself together and you will come with me now!”

Galen released his grip on Kim, who took a moment to wipe the tears from her face and take control of her emotions. When it was done, she said, “I’m ready. Let’s go do this.”

They approached the house and Galen opened the front gate. They walked past a small sign in the front yard that said, “Welcome to
the Purgatory House.” They stepped onto the front porch and Galen used the doorknocker to announce their presence.

An elderly woman in a gray suit answered the door.

Kim took a deep breath before stepping up the single concrete step into the home
, then another before crossing the threshold.

“I was pleased to receive your phone call, Mr. Renwick,” the woman said. “It’s a pleasure to meet you both.”

She held out her hand in greeting. Galen shook it first, then Kim.

Kim knew who this woman was but had never spoken to her. A long-time fixture at Thorndike, this woman was the curator of the school’s many museums, and served as usher at the Friday-morning chapel sessions during the school year.

Edith. That was what her name badge said, and was how everyone at school referred to her. No last name. Just Edith.

“I think it’s a marvelous idea for you to visit
the Purgatory House at this time,” Edith said to Kim. “There is no better way to put yourself in the reverent frame of mind required of a girl wearing black.”

Had Edith said those words to Kim a day before she would have gotten popped in the
mouth. How dare she talk to Kim Renwick about the appropriate “frame of mind” for a girl wearing black? As if this raggedy witch had a fucking clue about the frame of mind needed to compete in a high stakes contest where life and death were on the line.

Save by Ella Col
Corporate A$$ by Sandi Lynn
Stagestruck by Peter Lovesey
The Tiger In the Smoke by Margery Allingham
2nd Earth 2: Emplacement by Edward Vought
Her Christmas Hero (Home To Dover 6) by Lorraine Beatty
The Joy of Hate by Greg Gutfeld
The Island Where Time Stands Still by Dennis Wheatley
Up Over Down Under by Micol Ostow
Ripper (The Morphid Chronicles Book 2) by Ingrid Seymour
Our partner