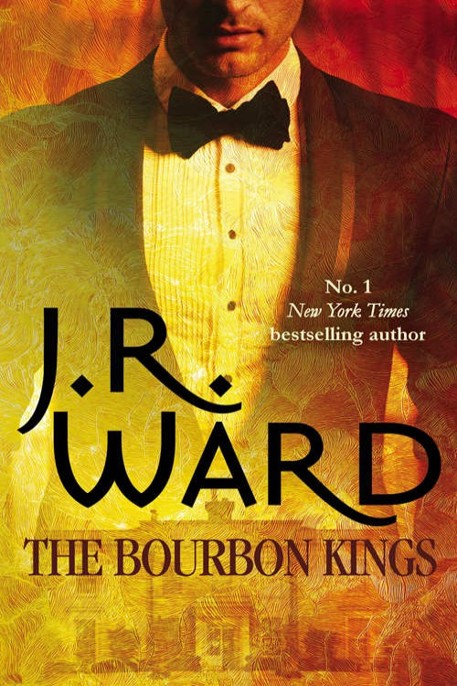 ‘It’s not easy to find a new twist on the vampire myth, but Ward succeeds beautifully. This dark and compelling world is filled with enticing romance as well as perilous adventure’

‘These vampires are
hot,
and the series only gets hotter … so hot it gave me shivers’

‘Ward wields a commanding voice perfect for the genre … Intriguing, adrenaline-pumping … Fans of L. A. Banks, Laurell K. Hamilton and Sherrilyn Kenyon will add Ward to their must-read list’

J.R. Ward
lives in the South with her incredibly supportive husband and her beloved golden retriever. After graduating from law school, she began working in health care in Boston and spent many years as chief of staff for one of the premier academic medical centres in the nation.

Dedicated to my beloved Southern Gentleman,
John Neville Blakemore III,
without whom this, and so much else, would not be possible.

You are cordially invited to

in celebration of the

One Hundred and Thirty-Ninth Running of

Saturday, May the Fourth

M
ist hung over the Ohio’s sluggish waters like the breath of God, and the trees on the Charlemont shore side of River Road were so many shades of spring green, the color required a sixth sense to absorb them all. Overhead, the sky was a dim, milky blue, the kind of thing that you saw up north only in July, and at seven-thirty a.m., the temperature was already seventy-four degrees.

It was the first week of May. The most important seven days on the calendar, beating the birth of Christ, the American Independence, and New Year’s Rockin’ Eve.

The One Hundred Thirty-ninth running of The Charlemont Derby was on Saturday.

Which meant the entire state of Kentucky was in a thoroughbred racing frenzy.

As Lizzie King approached the turn-off for her work, she was riding an adrenaline high that had been pumping for a good three weeks, and
she knew from past experience that this rush-rush mood of hers wasn’t going to deflate until after Saturday’s clean-up. At least she was, as always, going against the traffic heading into downtown and making good time: Her commute was forty minutes each way, but not in the NYC, Boston, or LA, densely packed, parking-lot version of rush hour—which in her current frame of mind would have caused her head to mushroom cloud. No, her trip into her job was twenty-eight minutes of Indiana farm country followed by six minutes of bridge and spaghetti junction delays, capped off with this six-to ten-minute, against-the-tide shot parallel to the river.

Sometimes she was convinced the only cars going in her direction were the rest of the staff that worked at Easterly with her.

The Bradford Family Estate, or BFE, as its deliveries were marked, sat high up on the biggest hill in the Charlemont metro area and was comprised of a twenty-thousand-square-foot main house with three formal gardens, two pools, and a three-hundred-sixty degree view of Washington County. There was also twelve retainer’s cottages on the property, as well as ten outbuildings, a fully functioning farm of over a hundred acres, a twenty-horse stable that had been converted into a business center, and a nine-hole golf course.

A Twisted Ladder by Rhodi Hawk
Gods of Manhattan by Al Ewing
Elizabeth's San Antonio Sleuthing by Renae Brumbaugh
The Fractal Prince by Rajaniemi, Hannu
Ghostlight by Marion Zimmer Bradley
Murder Most Fab by Julian Clary
Anthology.The.Mammoth.Book.of.Angels.And.Demons.2013.Paula.Guran by Anthology
The Demise by Diane Moody
Love, Rosie by Cecelia Ahern
Kingdom by the Sea (Romantic Suspense) by Winters, Jill
Our partner