Read The Boy of the Painted Cave Online

The Boy of the Painted Cave 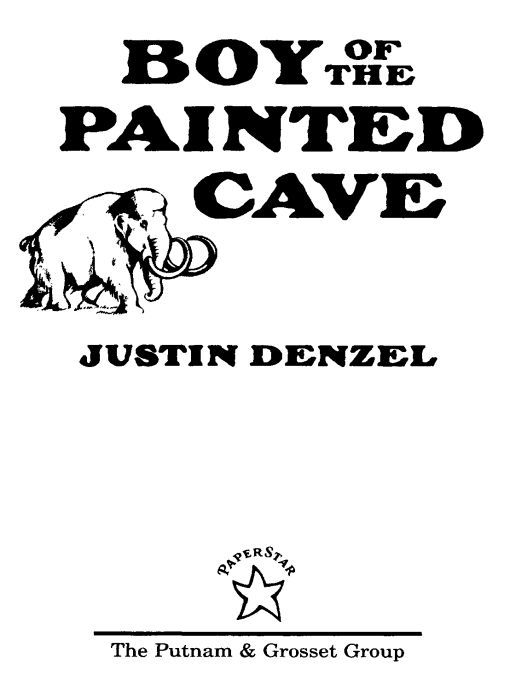 Table of Contents
Â
Title Page
Copyright Page
AUTHOR'S NOTE
Dedication
Â
ONE
TWO
THREE
FOUR
FIVE
SIX
SEVEN
EIGHT
NINE
TEN
ELEVEN
TWELVE
THIRTEEN
FOURTEEN
FIFTEEN
SIXTEEN
SEVENTEEN
EIGHTEEN
S
tumbling, lurching through the forest, Tao heard their pounding feet as the hunters picked up the trail. Without looking back, Tao hurdled over the ground, dodging between the trees and bushes. The wolf dog followed close behind as Tao ran into the night. Branches whipped across his face, tree roots caught at his feet, holding him back. But if he could run fast enough, long enough, he knew he would outrun the hunters and save Ram.
Breathing hard, he pushed his way through the underbrush, listening to the grunts and shouts of the angry men as they came after him. He ran faster and faster, twisting and turning through the trees and brush, trying to throw them off the track.... 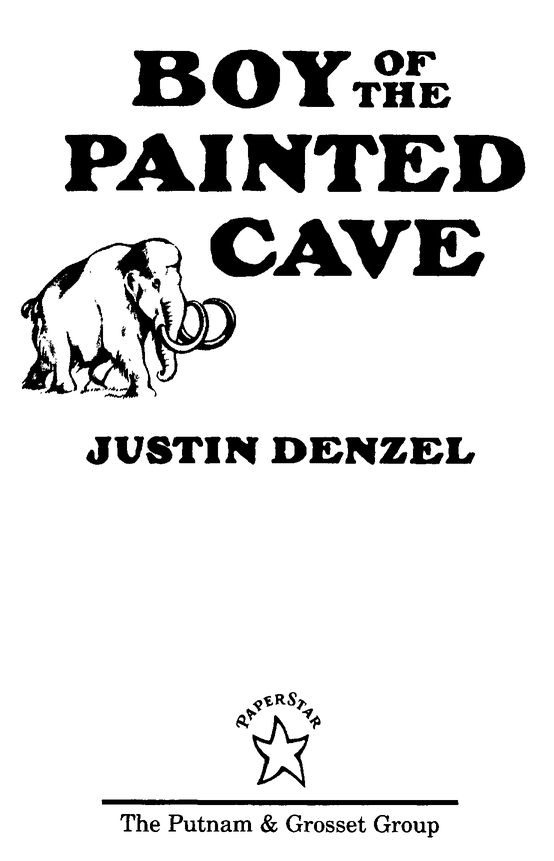 â  I owe a debt of gratitude to the scientists, historians and photographers who, interested in the prehistoric world of Altamira and other southern European cave communities, painstakingly collected specimens and other research which resulted in a body of work that helped re-create that ancient world.
I have received help from many people but none more so than my editor, Patricia Lee Gauch, at Philomel Books. She spent long hours carefully going over each revision, suggesting vital changes and additions, deleting superfluous prose, weeding out clichÃ©s, refusing to settle for anything but the very best.
I am also indebted to my son and daughter-in-law, Ken and Elsie Denzel, who initiated me into the world of word processing, making the difficult task of revision almost a pleasure.
Finally I wish to thank Josephine, my wife, who spent many evenings going over the rough drafts, correcting my wayward spelling and unique style of punctuation. Without her patient efforts and moral support this book may not have been written.
Copyright
Â©
1988 by Justin Denzel.
All rights reserved. This book, or parts thereof, may not be reproduced in any
form without permission in writing from the publisher.
A PaperStar Book, published in 1996 by The Putnam &
Grosset Group, 200 Madison Avenue, New York, NY 10016.
PaperStar is a registered trademark of The Putnam Berkley
Group, Inc. The PaperStar logo is a trademark of The Putnam
Berkley Group, Inc. Originally published in 1988 by Philomel
Books, New York. Published simultaneously in Canada.
Map illustrated by Anita Karl.
Library of Congress Cataloging-in-Publication Data
Denzel, Justin F. Boy of the painted cave / by Justin Denzel.
p. cm. Summary: Forbidden to make images, fourteen-year-old
Tao, the boy with the bad foot, yearns to be a cave
painter, recording the figures of the mammals, rhinos, bison,
and other animals of his prehistoric times.
[1. Cave drawings
â
Fiction. 2. Man, Prehistoric
â
Fiction.]
I. Title. PZ7.D4377Cav 1988 [Fic]-dc19
87-36609 CIP AC
eISBN : 978-1-101-07793-1