“The advice which follows is for you in particular, Pierre, but I’m saying it in front of Samson so that later perhaps he may also make some use of it.”

He paused again, and then continued in a manner that wasn’t exactly as humble as it might have been.

“Pierre, you have, alas, inherited from me an excessive taste for the sex which is not our own. It is consequently much to be feared that throughout your life you will be ‘a blazing furnace ceaselessly throwing off flames and sparks’. That is Calvin’s phrase. Think about it. It vividly describes the infirmity of our nature. And to be sure, not to sin is better than to sin, but if, driven by the ardour of our blood, we must succumb,” (here of course, Sauveterre raised a sceptical eyebrow), “at least show some prudence in these matters lest you lose everything. I beg you, my son, not to throw yourself blindly into traps which, in a big beautiful city like Montpellier, will be set everywhere to snare you. Don’t go jumping, boots off, into bed with the first girl you see simply because she turns her head and bats an eyelash at you. Beware of diseased, wicked, crafty and avaricious women. In fact,” he went on with a smile, “beware of all
of ’em. But if, by chance, you happen on a good wench, be good to her, for you’re not lacking in heart, nor in generosity.”

This speech astonished Samson and displeased Sauveterre, but it didn’t take me long to figure out why my father, who thought only of healing my sorrow, pronounced it.

Uncle de Sauveterre was the first to embrace us, then my father, so warmly and tightly that you didn’t have to be a great clerk to understand that the sacrifice made to send us to Montpellier had little to do with money. Finally, François came in and, with his long face quite expressionless, embraced each of us politely.

Not wanting to drag out this goodbye into an emotional scene, my father hurried the adieux in the courtyard. Our entire household was gathered there, including those from le Breuil, the quarry and the les Beunes mill. The men stood sadly and silently by and all the women wept, la Maligou muttering her superstitions and gossip as usual, Barberine sobbing that she was losing everything since she was losing “her two bright suns”. I wiped the last tear from Catherine’s face, smiled at Little Sissy and, as Samson and Miroul were already on their horses, mounted mine. We walked the four horses across the three drawbridges followed by all our servants running alongside and behind us. I waved a last goodbye and, as I turned, caught sight of my father’s pale face, and setting my horse to a trot, left my youth behind me.

Despite the road, it took us nearly two hours to get to Sarlat, for I kept our pace quite slow so as not to tire our horses given the length of our journey. I had no desire to talk, but it was a lively and watchful silence I kept, full of agile thoughts, no longer mired, I was happy to observe, in the swamps of the past month where my mind had sunk so morosely since little Hélix’s death. As we set out from Sarlat to Cahors, I discovered a long steep road flanked by
thick stands of chestnut trees on either side. I eased my black jennet into a walk, and, turning in my saddle with a hand on the pommel, I asked Miroul to sing us a psalm to soothe this long, steep and monotonous climb. Still turned, I saw him duck his head to pull on the strap of the viol, and, dropping the reins on the withers of his little Arabian as it struggled up the hill, he handed the packhorse’s lead to Samson, thanking him with a look. Placing the viol across his saddle he plucked a few chords and began, either by chance, or because he, too, loved it, or because he found it so appropriate to our long journey, the same psalm little Hélix had so often requested in her last weeks: “Bless our paths, O Lord…”

At first I worried about the effects of this choice on my morale, but I discovered that it was all right. As Miroul and Samson sang, I began to hum along quietly, and for the first time I had no knot in my throat or tears or sorrow. As it was such a long hill, Miroul sang all the verses, having learnt them by heart in little Hélix’s sickroom. When he reached the end of the psalm, I asked him to sing it again, which he did, and as he began, I sang out full-throated, standing and leaning forward in my stirrups while Samson watched me indulgently:

For You, Who hear our word

Make our way by your intent.

Whether happy paths or dreary,

I walk on in faith so true,

And however dark or weary,

My roads all lead to you.

The road levelled out on a plateau just as we were finishing this verse, and I asked Miroul to put his viol back on his shoulder and
to take the lead of the packhorse from Samson. As soon as he had, I turned to Samson:

“Samson, can you smell the delicious odour of leaves and tender grass?”

“I thmell it,” replied Samson, happy to see me at last emerged from my silence. “It’th the hot morning thun drying lath nighth dew.”

“Samson, is Montpellier as big a city as Sarlat?”

“It must be beautiful if there are wenches there who turn their heads so coyly and bat their eyelashes at you.”

“Whath thith?” lisped Samson in a way that brought all my love for him rushing back.

“Samson,” I said to tease him, “will you remember to draw your sword quickly if we’re attacked?”

“Samson, will you dawdle when it’s time to draw your pistols from their holsters?”

“Samson, we’re on the plateau and the soil is sandy. Shall we gallop?”

And turning to Miroul, I cried, “Gallop, Miroul, are you ready?”

“My Arabians will follow you, my master, to the ends of the earth!”

I set off, with Samson following, and behind us, holding the lead in one hand and his reins in the other, galloped Miroul with his two Arabians. To our right and to our left, like arrows loosed from a bow, the branches of the trees flew by and, with Accla’s warm withers galloping beneath me, I was suddenly filled with a fresh hope that shone like the new spring leaves.

Pushkin Press was founded in 1997, and publishes novels, essays, memoirs, children’s books—everything from timeless classics to the urgent and contemporary.

Our books represent exciting, high-quality writing from around the world: we publish some of the twentieth century’s most widely acclaimed, brilliant authors such as Stefan Zweig, Marcel Aymé, Antal Szerb, Paul Morand and Yasushi Inoue, as well as compelling and award-winning contemporary writers, including Andrés Neuman, Edith Pearlman and Ryu Murakami.

Pushkin Press publishes the world’s best stories, to be read and read again. Here are just some of the titles from our long and varied list. For more amazing stories, visit
www.pushkinpress.com
.

THE SPECTRE OF ALEXANDER WOLF

‘A genius of the short story’ Mark Lawson,
Guardian

TRAVELLER OF THE CENTURY

‘A beautiful, accomplished novel: as ambitious as it is generous, as moving as it is smart’ Juan Gabriel Vásquez,
Guardian

THE WORLD OF YESTERDAY

‘
The World of Yesterday
is one of the greatest memoirs of the twentieth century, as perfect in its evocation of the world Zweig loved, as it is in its portrayal of how that world was destroyed’ David Hare

‘Just divine… makes you imagine the author has had private access to your own soul’ Nicholas Lezard,
Guardian

‘One wild ride: a swirling helix of a family saga… a new writer as toe-curling as early Roth, as roomy as Franzen and as caustic as Houellebecq’
Sunday Telegraph

I WAS JACK MORTIMER

‘Terrific… a truly clever, rather wonderful book that both plays with and defies genre’ Eileen Battersby,
Irish Times

SONG FOR AN APPROACHING STORM

THE RABBIT BACK LITERATURE SOCIETY

RED LOVE: THE STORY OF AN EAST GERMAN FAMILY

FROM THE FATHERLAND, WITH LOVE

‘If Haruki is
The Beatles
of Japanese literature, Ryu is its
Rolling Stones
’ David Pilling

WHILE THE GODS WERE SLEEPING

‘A master of the historical novel’
Guardian

Fortunes of France: The Brethren first published in French as Fortune de France in 1977

This translation first published by Pushkin Press in 2014

This ebook first published in 2014 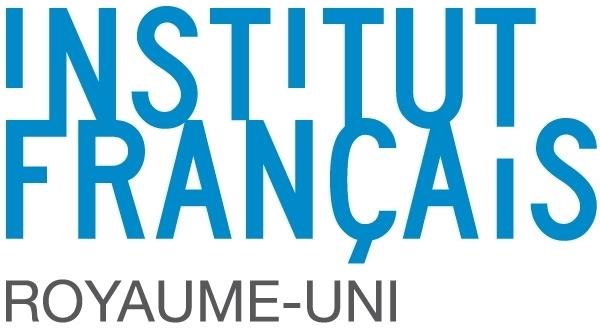 All rights reserved. No part of this publication may be reproduced, stored in a retrieval system or transmitted in any form or by any means, electronic, mechanical, photocopying, recording or otherwise, without prior permission in writing from Pushkin Press

Ambrosia's Story by Tammy Marie Rose
The Inca Prophecy by Adrian d'Hagé
When Rain Falls by Tyora M. Moody
THE RENEGADE RANCHER by ANGI MORGAN,
Ondine by Heather Graham, Shannon Drake
The Seventh Voyage of Temperance (The Adventures of Ichabod Temperance Book 7) by Ichabod Temperance
A Catskill Eagle by Robert B. Parker
What the Marquess Sees by Amy Quinton
Snowbound with a Stranger by Rebecca Rogers Maher
Rogue Love by Ophelia Grey
Our partner