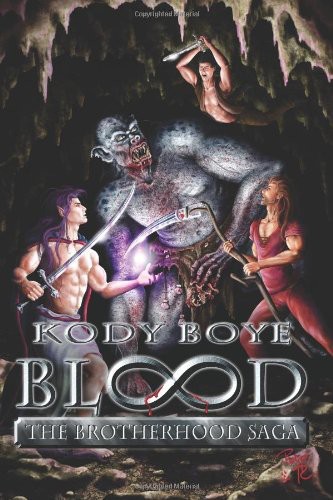 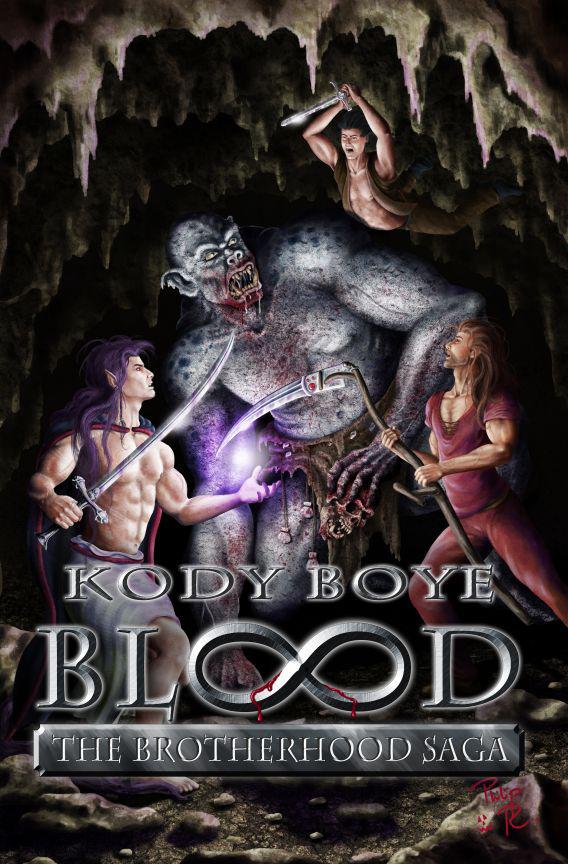 Without limiting the rights under copyright reserved above, no part of this publication may be reproduced, stored, or introduced into a retrieval system, or transmitted in any form, or by any means (electronically, mechanical, photocopying, recording or otherwise) without the proper written permission of the copyright owner, except in the case of brief quotations embodied in critical articles and reviews.

This book is a work of fiction. People, places, events and situations are the product of the author’s imagination. Any resemblance to actual persons, living or dead, or historical events, is purely coincidental.

For my family, whose unwavering support has kept me writing.

The Diary of Dakota Hammell

There’s something incredibly romantic about writing a book that was originally not supposed to see the light of day again. It’s like seeing a star fall—you watch it soaring across the horizon, but you never necessarily have plans to go find where exactly it crashed: where its remnants, fallen to the earth, now lay like shining fragments of metal. Of course, there’s always someone who wants to chase stars. For that reason—and for the fact that, like those star chasers, I blindly run forward into writing without abandon—I think it’s incredibly suiting to write an introduction for this novel.

Blood,
or the
Brotherhood Saga
in its entirety, was conceived in the Fall of 2005. Halfway to fourteen years of age and fully immersed within the fantasy genre, I broke off from the traditional science fiction elements I’d been using in my previous stories to write a tale of magic—where, here, there was fantasy, no other worlds (that the characters know of,) no space travel, radical shift of society and people, etc. Instead, this story told the tale of a young man who wanted to enlist in the military, his biggest dream to one day serve beneath his king.

I wrote the trilogy of this story in a span of a year, from late 2005 to late 2006, in three books. To this day, my mother still refers to the story as ‘Odin’—the tale of a young man who flees from his misunderstanding father to seek his own place in the world. It quickly became her favorite thing I’d ever written and she demanded more, even though I never got around to printing the original story in its complete form.

You’ve probably already guessed that this isn’t the original document, story or prose that I wrote some five or six years ago.
Why,
you question,
did you decide to go back to the story if it was so old?
Well, my friends, the answer is simple.

In late 2008 and early 2009, I had a series of vertigo attacks that would leave me crippled for days at a time. When the second and most violent of the attacks occurred at the beginning of January, my parents were advised by medical professionals to take me to get an MRI to see if there was a more serious problem lying beneath the surface. I did just that and within a week was told to come in for a consultation.

At that consultation, the neurologist in the clinic said a few choice words that shattered my sense of reality:
You have a lump on your brain.
Given it was only an MRI and not a cultured sample, I was given no further instruction other than to visit the head neurosurgeon at Utah State University to seek surgery so medical professionals could take a sample of the ‘lump’ on my brain. The paranoia within my family was astounding, as one word crept cautiously in the corners of their minds—
cancer.
It was not, however, the idea of cancer that scared me, but the idea that I would never be able to write again.

This
bump,
as it was called, was positioned on the language processing portion of my brain.

Let that settle with you a moment.

For someone who is artistically driven—whose sole desire in life is to write stories—to be told that their language processing portion of the brain may be effected by surgery is like being delivered a death sentence.

In the days prior to my visit with the neurosurgeon, I began to internally debate just what it was that would happen to me after surgery.
Would I be able to write,
I wondered,
or would I simply be reduced to nothing?
I had, in fact, been told that my mood would be different for about ‘six months.’ Half of a year is a long time, but in terms of writing, it’s much longer than what anyone understands. The heart, the energy, the power and the desire poured into a book—that takes hours upon hours, weeks upon weeks and months upon months to culminate, and the idea that I would not be able to write terrified me to no end.

Fearing that I would lose my creative talents, I decided to write the one thing I knew would secure me within my family’s hearts and minds should something happen and I not be myself again.

That’s why I started
Blood
.

Obviously I survived. The first checkup deduced that this ‘lump’ was actually a ‘bruise’ on my brain. The second and third entailed me going and receiving a free pass. The fourth time that was scheduled I decided not to go in. I was, in every sense of the word,
healthy.

During all the stress that 2009 provided for me, with both my supposed ‘brain tumor’ scare and my slowly-emerging Bipolar Disorder, I wrote
Blood
and tried my best in order to make it great. At the time, I
did
believe it was great. I’d reinvented and recreated this world in a way it had never been before, but upon a second examination (after it came back from my editor the first time,) I realized that the writing in this book and in that of the sequels did not match up. After having the first conception edited, I decided to rewrite the book in full. I now wholeheartedly believe this is one of the best things I’ve ever written.

Fantasy has been called my niche. I grew up reading books by Susan Fletcher, Brian Jacques, Tamora Pierce, Christopher Paolini and Garth Nix, as well as experiencing the height of fantasy films such as
The Lord of the Rings
(which inspired me to dream big.) This solidified my love for fantasy and, eventually, transcended my love to an all-out obsession.

When I rewrote this book for the third time in 2009, I wanted to do one thing and one thing only—create an exciting, character-driven story, and a fully-fledged, blossoming world. In reading this novel, I do believe I did just that.

For all you fans of fantasy, I hope you enjoy this book and the story of one young man whom, being so radically different from his peers, eventually runs away to join the military. My love of medieval settings and fantasy literature was what inspired this novel and ultimately made it what it is today.

Well… I guess there’s nothing more I can say about this. All that’s left for you is to read the book and see whether or not you enjoy it.

A Note on the eBook Edition

If at any time you are confused by a term, you may refer to the Index at the very end of the novel by clicking on this string of text.

The cloaked figure ran. Darting around trees, jumping over bushes, ducking under branches that seemed to reach out in a feeble attempt to catch him—it could have been described as something akin to madness, given the rain that was pouring down from the sky and the hellfire that currently pumped through his veins, but in that moment, nothing mattered. No. To think anything mattered other than what he currently held within his grasp was to deny the fact that no more than a few moments ago, a child had been born.

Fingers curled to prevent his long nails from hurting the baby, head downturned and arm shrouding the infant in his cloak, the immense hulk of the creature stopped to examine his surroundings. Thin nostrils flaring, hidden eyes searching and dark lips pursed into a twisted sense of confusion, he looked upon the clearing he currently stood within and tried to remember just what it was that had happened no more than earlier that night.

How long ago, he wondered, had he ran, since the woman impregnated with his seed had given birth to what some would deem a monster? It seemed no more than but a few scant moments, after which his hands had been stained with blood and his mouth placated with the taste of dying flesh. He’d severed the umbilical cord with his teeth in a dire attempt to free his son from his mother’s dying body, and while placenta had warped his hands, the rain had disguised all, shielding both time and essence with its hellacious wrath.

At that very moment, he needed a man—a surrogate father to whom he could leave his orphaned son.

“Shh,” he whispered, voice rumbling up from his wide chest. “Don’t cry.”

The baby, still tangled within his cloak, uttered a slight sob and pawed at his chest with its tiny hands.

Until that moment, he hadn’t considered that his voice could have been the cause for his baby’s distress. At this, he took a slow, deep breath, then closed his eyes.

He hadn’t cried in such a long time. Why now?

Still your thoughts. Find a father.

Finding such a man he deemed appropriate to raise his son would be no easy task. How was he to know whether his beneficiary toiled in poverty or brewed his madness? It would take more than just a simple look to discern the information, to take into account the idea that so many things could be happening at any given time, but how was he to know whether his son would grow into the man he was supposed to become with a simple woodcutter for a father?

No. Let fate take its course.

Of so many children he had sired throughout his entire life, why did this one have to be so different? Of all the sons and daughters that had come into the world, why did this boy, this
infant child,
seem so special?

Once again, the baby cried.

Be silent,
he thought, pressing a palm to the child’s chest.
You are not in danger.

Purple-pink light the color of stark magenta pulsed from his hand and into the baby’s chest. The child, whose eyes had not yet opened, squirmed, though whether his antics were in pleasure or discomfort he could not know.

Of anything that was most obvious at this moment, he knew he had to get the child out of the rain.

Lifting his head, he set his eyes on the small village of Felnon, crested just below the highest hill he stood upon and trembled before the distant marshlands as if it were a very testament to society itself. If he so wanted, he could take the child there, but where, if not there, would he go? Could he leave the baby with a traveling carvan in the hopes that a trader would take care of him?

Emmerson's Heart by Fisher, Diana
Last Impressions (The Marnie Baranuik Files) by A.J. Aalto
Bonded by Nicky Charles
Guilty Blood by F. Wesley Schneider
Deceive (Book 1 in the Deceive series) by Karessa Mann
Under Suspicion by The Mulgray Twins
At the Highlander's Mercy by Terri Brisbin
Tuesday (Timeless Series #2) by E. L. Todd
Fourth Down Baby: A May-December Romance by Lauren Landish
For the Highlander's Pleasure by Joanne Rock
Our partner