Read The Cellar Beneath the Cellar (Bell Mountain) Online

The Cellar Beneath the Cellar (Bell Mountain) 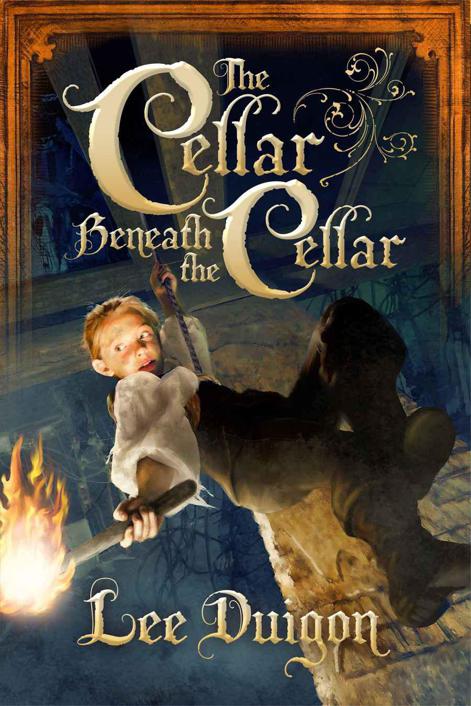 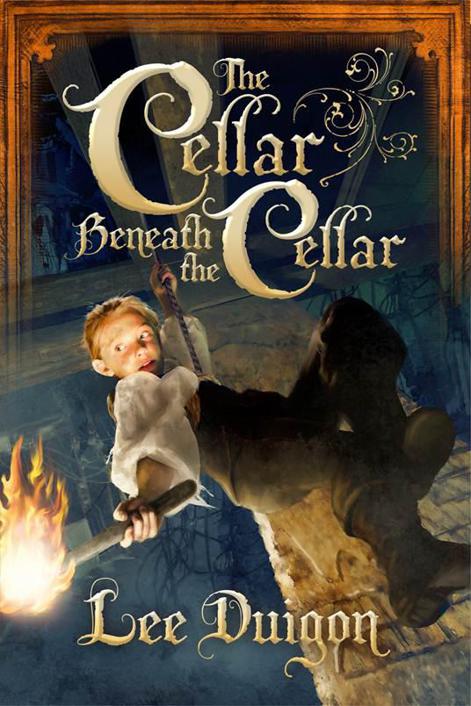 Storehouse Press is the registered trademark of Chalcedon, Inc.

This book is a work of fiction. Names, characters, businesses, organizations, places, events, and incidents either are the product of the author’s imagination or used fictitiously. Any resemblance to actual persons, living or dead, events, or locales is entirely coincidental.

1.
Down from the Mountain

3.
Of War and Prophecy

4.
How the Scouts Captured a Madman

7.
A Mardar and a Boy Named Gik

9.
The Omah of the Forest

11.
Obst Among the Heathen

12.
Obst Among the Chieftains

16.
A Prophet Speaks to Jack

18.
A Wild Story from the North

23.
How Ryons Earned a Reward

25.
How God Spoke to the Heathen

27.
How the Heathen Got a King

29.
A Prophet on a Scaffold

32.
King Ryons and His Chieftains

34.
The Scholar and the Scrolls

35.
Remnants of the Legion

41.
A Message from the Thunder King 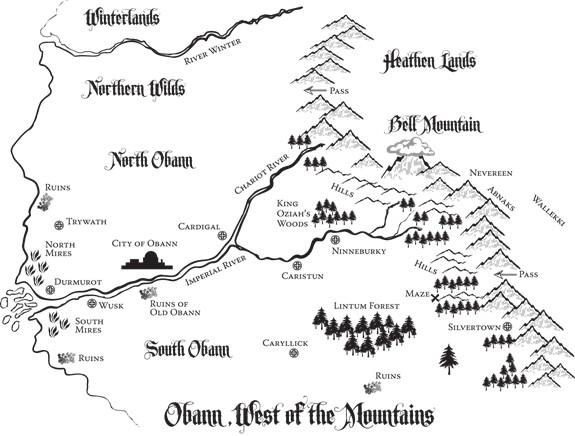 CHAPTER 1
Down from the Mountain

If you have read the story of how Jack and Ellayne climbed Bell Mountain and rang the bell that King Ozias put there, you may have wondered what happened to them next.

Jack fully expected the world to end as soon as the bell stopped ringing. He did not know how it would end, he was not even sure he understood what “the end of the world” meant, and he was afraid it would be loud and painful. But what choice had he? God had sent him dreams about the bell, and those dreams were commands. Something even worse than the end of the world would happen if those commands were not obeyed. Besides, God would just find someone else to ring it.

You can imagine his feelings when the clouds blew away and he and Ellayne were still there. The ancient wooden frame that had supported the bell for centuries had collapsed into a pile of splinters; the bell itself was broken in pieces. But the world was still there. He let out a long, deep sigh.

“The bell’s broken, so I guess that’s that,” Ellayne said. “Where did all the fog go?”

They might have stood there some time longer if they hadn’t noticed a man lying facedown on the trail, maybe half a stone’s throw from them. Jack remembered the man coming out of the mist just as they’d grabbed the chain to ring the bell, and waving at them and hollering. But they couldn’t hear him over the pealing of the bell.

“Who could that be?” Jack said. And because it was too cold on the mountaintop to be just standing there, he went to have a closer look at the man. Ellayne followed; Jack heard her teeth chattering.

But the man wasn’t dead. As they stood over him, he rolled onto his back and let out a groan. His eyes fluttered open. He stared at them.

“Are you sick?” Ellayne asked.

Martis opened his eyes. When the bell rang, he’d had the sensation of falling headfirst into a black pit, falling and falling forever. Now he lay on solid ground, and there were children looking down at him and asking him questions. When he pushed himself up on his hands, he saw that the bell was down, broken, its supporting framework ruined.

He’d failed in his mission. The children had rung the bell, and it would never ring again. He’d failed to stop them. If he ever returned to Obann, Lord Reesh would have a new assassin waiting for him.

He stood up with a sigh, his whole body aching.

“Who are you?” the boy demanded.

Martis laughed; but he didn’t like the way his own laugh sounded.

“You don’t know what you’re asking me, young sir!” the man said. “But to answer you briefly, the Temple sent me to make sure you didn’t ring the bell. I was sent to kill you. But you needn’t reach for your knife. I won’t hurt you now—or ever.”

Ellayne recognized the Temple insignia on his torn, stained coat. His beard was white but his hair was brown, which she thought very odd. He told them a story about how he’d followed them all the way from Ninneburky and found Obst dying in a shelter on the mountain; and Obst had told him how to follow them the rest of the way up. The children listened for a while, but now they wanted to see Obst again. He deserved a decent burial, at least.

“We have to go back down,” Jack said. “It’s too cold to stay up here. We need a fire and food. You’d better come back to our camp with us.”

The man agreed, and slowly, together, they proceeded down the trail.