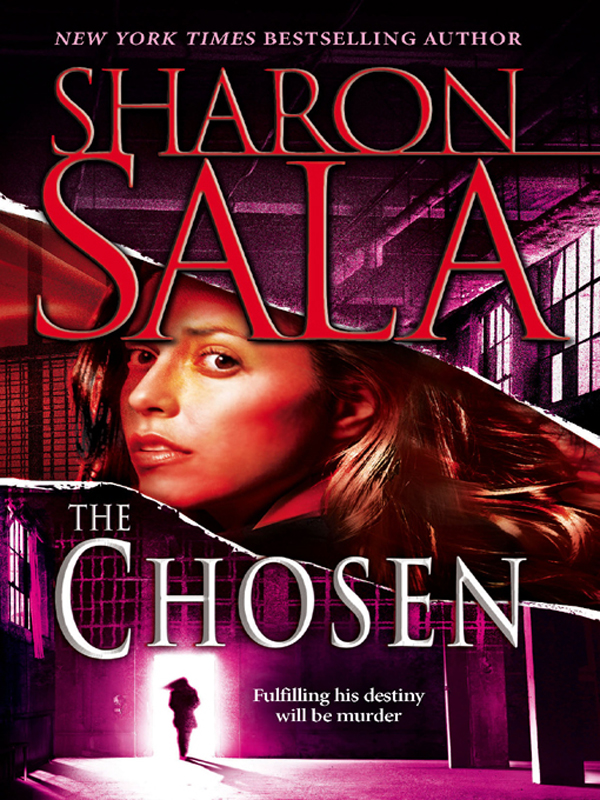 “Wear a corset, because your sides will hurt from laughing! This is Sharon Sala at top form. You're going to love this touching and memorable book.”

“
Whippoorwill
is a funny, heartwarming story, set in a raw, untamed land and rich with indelible characters that will stay with you long after the last page is turned. I didn't want it to be over.”

“Once again, Sharon Sala does a first-rate job at blending richly developed characters and inspired plotting into an unforgettable read.”

OUT OF THE DARK

Watch for Dinah McCall's next novel
of romantic suspense

During the writing of this book it seemed difficult for me to focus on fiction, even though the story was one I wanted to tell.

The reason for my distraction was that we were at war, and at the writing of this dedication are still at war, with no end in sight.

It seemed a bit shallow to be dwelling on my deadlines when there were families who had loved ones in the midst of fighting, and others who were having to bury fallen loved ones who'd died in the line of fire.

The dedications in my books have always meant a lot to me. I don't just dash off a casual couple of thoughts and call it done.

And while this is such a small thing to do for our men and women in the military who are sacrificing so much, it is the only thing I can do for them, besides remembering them in my prayers.

So for every man and woman who wears a military uniform of the United States of America, and for every soldier who has perished in the line of fire, and for every family who's sacrificed the ultimate, and for those who still fight, I honor you and pray for you, and I dedicate this book in your names.

“I'
m dying. They won't say it, but I hear it in their voices. They look at my chart and then look away. Please, oh please, don't let me die!”

Jay Carpenter's panic was as silent as his voice. The last thing he remembered was slapping one of his girls for holding back money on him. He'd been running more than a dozen girls for over six years, and no matter how careful he was in picking them, there was always one who had to mess things up.

He remembered the impact of his palm against her face, and then he'd felt a sharp pain behind his right ear. After that, everything started spinning around him. He vaguely remembered the girls screaming and someone shouting, “Call 911!” And then everything had gone black.

All he knew now was that he was in a hospital, where he'd had surgery to remove a brain tumor, and that he had a fever that wouldn't abate and an overwhelming sense of despair.

Alice Presley was in her eighteenth year of nursing, and during that time, thousands of patients had come under her care. She considered herself an old hand at the job and often claimed that she'd seen it all. But that was before the patient in bed 315B was admitted. She kept a wary eye on him as she bathed him, even though he was unconscious again. She'd looked at his chart often enough to know the history.

His name was Jay Carpenterâa fortysomething pimp who had passed out in his apartment and suffered a seizure.

He had been admitted with hallucinations.

The initial diagnosis of drug overdose had been dropped after the discovery of a tumor involving his pituitary gland and part of his brain.

Surgery had been performed, but unsuccessfully. Only part of the tumor had been removed.

He had a continuing fever, and kept lapsing in and out of a coma.

The only difference between this man and the countless others she'd ministered to was the fact that when he was conscious, he scared her.

His eyes were so dark they appeared to be black, and there was an odd smell about him that no amount of bathing seemed to change. It was a smell that she associated with the morgue, and if she didn't know better, she would think he was already dead.

Just as the thought moved through her mind, he coded. Without a second of hesitation, she hit an alarm bell and then began performing CPR.

Nurses rushed in with a crash cart, followed by a pair of doctors who'd been on the floor making rounds. Each knew the other's purpose and skillfully went through the motions of recovery, even though their initial efforts seemed futile.

Jay Carpenter took his last breath at the same time that his soul left his body. It wasn't anything like what he'd expected. There was no struggle to breathe, only a cessation of pain. For a brief moment, he was above his body and looking down, and then a force unlike anything he'd ever known began pulling at himâor whatever it was that he'd become. The gravity of his earthbound body was missing, and the only thing he could liken it to was the lack of control he'd once felt on the downhill slide of a giant roller coaster. Light surrounded him, bathing him in a warmth and love unlike anything he'd ever known. It was everything he'd ever wanted as a child and lacked as an adultâa love and acceptance he'd never believed existed. It was perfect, so perfect, but then something began to go wrong. The light that had warmed him began to retract. The implication didn't sink in until the joy in his heart was replaced by an overwhelming sense of hopelessness.

The air began to vibrate with a multitude of voices wailing in chaotic abandon. The sound pierced his being, paining him in a way that stabbing knives would have pained his earthly flesh. What was left of that warmth and love had dissipated, replaced with every earthly fear he'd ever hadâand in a quantity beyond imagination. Panic was followed by a horrifying realization.

Burning lakes of fire rose up before him. The stench of sulfur was without and within as evil surrounded him. Just at the point of complete absorption, something happened. Only seconds from extinction, the same feeling of motion he'd had earlier was back, only this time he was being pulled up instead of down.

Then a loud, hideous roar came at him from below, and although no words were ever spoken, still he heard the devil's vow.

“You'll never go to heaven. You're already mine!”

Jay thought he screamed, even as he was being sucked back into his body. He wanted to shout, to laugh and cry, to thank the doctors and nurses for bringing him back to life, but words were still beyond him.

It was days before he was cognizant enough to speak coherently. By that time, he had come to a definite sense of purpose and set his mind upon a twisted and daunting task. What he'd seen of hell had worked deep into his being. He knew it was inevitable that he would die again. It came to all men in good time, but to assure himself that his second journey would not be a repeat of the first, he had come up with what he considered a foolproof road to heaven.

After a disconcerting discussion with his surgeon, in which he'd learned they'd been unable to remove all of the tumor and he was living on borrowed time, his dedication to his plan became even firmer. He couldn't bear to think about having to spend eternity away from that warm, comforting light of love. The more he thought about it, the more convinced he became that something drastic must be done. Within hours of being released from the hospital, he began his first step toward what he believed would be perfect redemption.

Love and Other Impossible Pursuits by Ayelet Waldman
Seduced By The Alien by Rosette Lex
House of Steel by Raen Smith
A Face To Die For by Warburton, Jan
Seduced 2 by Jones, P.A.
Broken Mirror by Cody Sisco
Flash Fiction: 72 Very Short Stories by James Thomas and Denise Thomas and Tom Hazuka
The God Particle by Daniel Danser
One Half from the East by Nadia Hashimi
Some Assembly Required by Anne Lamott, Sam Lamott
Our partner