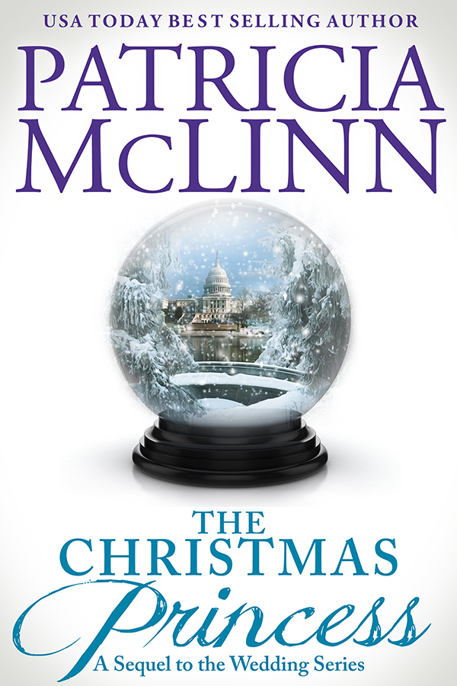 Prelude to a Wedding

Dear Readers: If you encounter typos or errors in this book, please send them to me at:
[email protected]
Even with many layers of editing, mistakes can slip through, alas. But, together, we can eradicate the nasty nuisances. Thank you! - Patricia McLinn

“He won’t fall for it.” Hunter Pierce zeroed in on the gaping flaw in his boss’s plan. “King Jozef might still be searching for the granddaughter everybody — including him — knows died decades ago, but he’s not a complete fool.”

From behind her utilitarian government-issue desk, Sharon Johnson sighed. “For someone working for the Department of State, you haven’t learned much tact.”

He grunted. “The point is, the Bureau of Diplomatic Security isn’t in the business of making up fairytales.”

“We’re not making up a fairytale. We’re simply saying we’ve found someone we think might be his granddaughter.”

“Do we?” she asked in that There-Are-Mysteries-Greater-Than-Us voice. He hated when she did that. Almost made him wish she hadn’t taken an interest in his career.

“You know as well as I do, she was spotted years ago and—”

“Spotted because of her uncanny resemblance to King Jozef’s family, not to mention having the family characteristic.”

“—researched again when she surfaced in connection with that science fiction author.”

“Gerard Littrell. Yes, that was interesting.”

He ignored her musing tone. “She’s the only child of Melanie and Jeffrey Gareaux, both deceased.
Not
of Princess Sofia and Prince Leopold of Bariavak.” The hand thing was a fluke.

“There are gaps in the record,” Sharon said serenely. “That’s why I’m adding you to surveillance now that you’re back from New York.”

“Most of the gaps don’t matter. The ones from around the uprising are because her parents moved a lot, not because she’s a long-lost princess.”

“Maybe, and maybe not. The gaps are enough to open the door. That’s all we need. Possibility.” The dark skin at the corners of her eyes creased with her smile. “It’s for Christmas, just until he has the surgery.”

“It’s a cheap effort to curry favor with a strategic ally.”

That was a low blow. Maybe higher-ups approved this hare-brained scheme with an eye only to extending the overflight treaty before the elderly King of Bariavak’s surgery in January, but Sharon also liked the man. You’d think she had enough to do with her job, husband, three kids, two dogs, and a rabbit without taking an aged and ailing monarch under her wing.

“It’s humanitarian, it doesn’t hurt anyone, it’ll give him happier holidays, and, yes, it might get overflight renewed, which would help our military,” Sharon retorted. “So work your magic when you talk to her today, Special Agent Pierce, and get this rolling.”

“What happens when he spots her as a phony.”

“We’d let it drop. No harm, no foul. But he won’t. Not with you in charge.” Sharon sat back, a slow smile spreading. “Even you can’t begrudge an elderly man a happier Christmas.”

April Gareaux emerged from the Washington, D.C., Metro station into a gloomy Thursday morning rush, and experienced a sinking feeling.

That was strange. She had no cause for a sinking feeling.

Unless it stemmed from the notion she was being watched.

No, no, she’d decided that was simply her imagination working overtime. There was nothing in it. Nothing at all.

Well, his mother’s house, actually. And more of a complex than a house. A gorgeous, gorgeous complex.

This Christmas wouldn’t be like the ones she’d come to love over the past fifteen years. Of course that made her sad, and she was sorry to disappoint Leslie, Grady, and the rest. But she’d be with Reese. And his mother.

True, the holidays were something special with her family. Well, not actually family, as Reese pointed out when he’d said her idea to divide time between her family and his wouldn’t work. But she
was
related to Leslie, and since Leslie was married to Grady he was family. The others, too. Just not the way Reese was used to.

Reese had always had a home. The one he still lived in. He was secure, grounded. Yes, that came with age, though, really, the twenty years between them didn’t matter.

And they were going to have a fabulous Christmas. Their first together.

So she had absolutely no cause for a sinking feeling.

Except that she was early for work.

That would give Jason more time to barrage her with unfunny jokes and Zoe more time to deliver sure-fire rules for success. At least Zoe’s intentions were good, unlike Jason’s. Like his pointing out — loudly — when she skipped the Brussels sprouts at Tuesday night’s Vegetable Consortium reception at the Willard Hotel.

April passed a shoe store, then crossed the side street to a drug store with battered yellow and orange fake autumn leaves plastered on its window.

The reception at the Willard Hotel had been the start of this feeling that she was being watched.

Could Reese …? No. But possibly his Evil Ex.

Zoe, who was rarely wrong about such things, had told her Tuesday morning that Roberta Warrington was back in D.C. But even so, why would Roberta, who’d walked out on Reese a year ago, be tracking her?

April stopped in front of a jewelry store. Though there
had
been that odd sensation, as if her skin attracted rays of attention that condensed into a thread of awareness like... Like the shiver gathering at the base of her skull now. Next it would—

Nobody was behind her.

Nobody was staring at her.

Nobody was paying the least attention to her.

She turned back to the shop window.

The jewelry store’s window held a gleaming Santa sleigh filled with tiny beribboned boxes behind reindeer positioned for liftoff. A hand-lettered sign read: “Dear Kris Kringle, if Cupid and Blitzen are in the wrong spot, let us know — we aim to please!”

Spotting a white-haired man inside, she pointed at the sign referencing the opening of the original — the
real
—
Miracle on 34th Street
, and waved. He waved back and smiled.

She snapped a photo to send to Grady Roberts, Leslie’s husband. He’d introduced her to that movie and so many others, just as he and Leslie had taught her to love Christmas.

The red of cinnamon and green of firs. The sweetness of cookies and tartness of cranberries. The prickle of mistletoe and the crackle of wrapping paper.

It would be different this year, but Christmas was still Christmas. They would have a terrific time, she and Reese. And his mother.

At that moment, gray skies opened, gushing cold rain on her head.

“April, you’ve got to do something with that mop.” Zoe Holland opened April’s top desk drawer, fished out her brush with one immaculately manicured hand, and thunked the handle into her palm. “Here, brush.”

“Why?” It was nearly quitting time, and her hair had looked like this since this morning.

Still, discussing hair was a relief. When Zoe marched toward her desk, April had feared the topic would be Brussels sprouts.

Despite the thinnest resume on the planet for a twenty-eight-year-old woman, April
knew
she was good at some things. And maybe nobody would be
great
at lobbying for Brussels sprouts, but not one of April’s cold contacts had produced a nibble—no pun intended. And then there’d been Jason’s announcement at the reception for all to hear that she’d skipped the Brussels sprouts.

Tuesday. What a rotten day. It started with Zoe telling April about Reese’s Evil Ex being back in town. Then Reese called her at work and said
they needed to talk
.

She’d reminded him about the important reception. Reese, who once called her plucky for working when he could take care of her every whim, had curtly ordered, “Skip it.”

“Why brush your hair?” Zoe repeated her question. “Because there is an absolutely delicious man waiting for you in the conference room.”

April stopped brushing. “For me?”

Zoe flapped her hand as an order to keep brushing and rooted in the drawer where April kept her minimal makeup.

“He’s from State.” Using D.C. shorthand, like “State” for the Department of State — and knowing that was its official name, rather than the State Department — was a Zoe Rule. “They’re looking for an expert on Brussels sprouts. God knows why. Here, put on some lipstick. Don’t you have any blush?”

“You listen to me, April. For this man, you’re going to be an expert. Don’t tell him what you don’t know — dazzle him with what you
do
know. You’re a talented woman. Look what you did for Gerard Littrell, but—”

“That had nothing to do with talent.”

“—when it comes to men — Reese Warrington for God’s sake! But never mind that now. How about mascara?”

“The stuff isn’t rationed. Put it on like you mean it. C’mon, I’ve got emergency supplies in the ladies’ room.”

April took a quick breath then opened the conference room door. On the far side of the table stood a man in a dark suit, straight and still, allowing her a three-quarters view of his face. He appeared to study a photo of an avalanche of green peas as if he didn’t quite trust them.

She saw men like him in D.C. Most often in the background at special events, infrequently during everyday errands, never at bars. Especially not the bars Mandy had dragged her to when April had still lived across the hall. The men at those bars talked loud and long about how important they were. And they smiled. Oh, how they smiled.

No. Where on earth did that come from? Reese was nothing like that.

Nor, to be accurate, was he like these other men, either. These other men — the ones like this dark-suited man — seldom spoke and rarely smiled. But their eyes took in all that was around them. They saw things, yes, they definitely saw things.

She’d tried to explain it, but Mandy had wanted to distill
the jaw
to size and angles and that wasn’t the point. Leslie, on the other hand, had gotten it immediately.
The jaw
would never cave in.
The jaw
was something to rely on, something to believe in.

Reese had nothing like
the jaw
. But that was okay. He was very attractive. And surely living with the jaw would be uncomfortable.