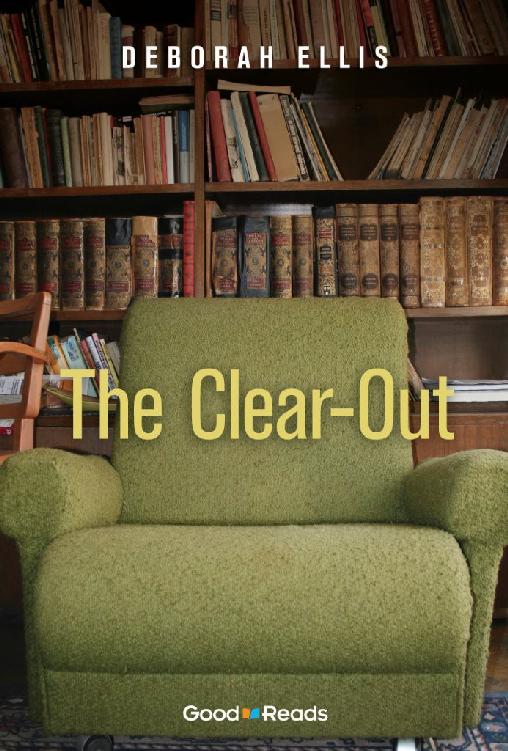 All rights reserved. No part of this book may be used or reproduced in any manner whatsoever without the prior written permission of the publisher, except in the case of brief quotations embodied in reviews.

Duncan came home from playing golf to find that his wife had lost her mind.

He came into the house through the back door. He took his shoes off and dropped them on the mat. His wife, Tess, tidied up all the shoes ten times a day.

As Duncan entered the kitchen, he looked at the chalkboard on the wall for messages. One of his golf buddies had called to pull out of their game the next day. Duncan thought about making some phone calls to find another player. First, though, he checked the kitchen clock. It was almost time for
Wide World of Golf
to start on TV.

“How did I live for all those years without the Golf Channel?” he often said. He thought it again now as he reached into the fridge for a can of beer. With his foot, he pushed the cat, Mr. Snuffles, out of his way.

Duncan went into the living room and right to the sofa. He could sit, pick up the remote, and take a swig of beer, all in one smooth move. He put his feet up on the coffee table, clicked the TV on, and turned the volume up. Another perfect day.

And then he saw the dining room.

Or what used to be the dining room.

The dining room had doorways into both the kitchen and the living room. When he sat on the sofa, Duncan could usually see the dining room table. He could also see the big china cabinet. In it, Tess kept their good china and their wedding gifts from nearly forty years ago. She kept all the little glass animals he had given her over the years in the china cabinet, too.

But today, Duncan couldn’t see any of it.

Today, he was looking at a dark wall that blocked the doorway.

“Tess!” he called out. He had to shout to make himself heard over the sound of the TV.

“Tess!” He turned the TV down. He knew his wife was in the house. Where else would she be? But she didn’t answer.

Duncan swore, put his beer down on a coaster on the table, and got up off the sofa.

To get into the dining room, he had to go back through the kitchen. He couldn’t believe what he saw.

The dining room table was gone. The china cabinet doors were open. There was nothing inside the cupboard. No china. No wedding gifts, still wrapped in plastic. No little glass animals.

Duncan was gripped with a sudden fear: they had been robbed. Thugs had burst in and stolen almost everything from their dining room. But, in that case, what had they done with his wife? “Tess! Tess!”

His voice took on a new panic. Where was his wife?

“There’s no need to shout.”

He spun around to see Tess coming up the basement stairs into the kitchen. She carried a large cardboard box.

“Where were you? I was calling.”

“As you can see, I was in the basement.”

“I am answering you now.”

He didn’t like her tone. It was calm. She was not the least bit upset that he was upset.

“What have you done to the dining room? Give me that.” He put his hands out to take the cardboard box from her. “You shouldn’t be carrying things up the stairs. You could have fallen, and then what would you have done?”

“Gotten back up, I expect.”

Tess did not give the box to Duncan. She just went past him into the dining room.

“You’ve made an awful mess,” Duncan said. “I hope you don’t expect me to put everything back the way it was!”

Tess did not answer him. She set the box down and stretched her back.

But she was smiling at the mess. Not at him.

“A library? Don’t be foolish. There’s a library downtown.”

“Well, I want my dining room back.”

All she said to that was, “You’re missing
Wide World of Golf.”

He was, too, and that did not improve his mood.

“The table is downstairs,” she said. “The china and everything else is packed away safely, and it’s all downstairs, too.”

“It came apart. I took the legs off.”

“You took the legs off?”

Duncan open and closed his mouth like a fish. “You better not have used my tools! They’re not toys, you know!”

“And I am not Bobby, so don’t talk to me as if I was seven years old.”

Bobby, their son, now fully grown, had finally left their house when he was twenty-eight. He had been living in their basement. When he left, Duncan turned the basement into his work-out space.

“Is that what this is?” Duncan asked. “The nest is empty, so you don’t know what to do with yourself?”

“Oh, I know what to do with myself,” Tess replied. “Filling my days will not be a problem for me.”

She walked by him and went down the basement stairs. Duncan heard her pick up another box and climb back up. She put the box with the others, then faced him.

“It’s simple,” she said. “Bobby has, at long last, started his life. You have golf and all your sports things. My parents have passed away. I have retired from my job, and I get money from my pension. I have a decision to make. What do I want to do with the rest of my life? And this is it. I want to read. And I want a room to read in.”

“A whole room? That’s just foolish. You don’t need a whole room to read in. Read in a chair. There’s the entire living room out there.”

“And you keep the television on. In here, I can still hear it, but at least I won’t have to see it. It would be nice, as a favour to me, if you would move the TV into your sports room.”

“Move the TV? This is my house. I like the TV where it is.” The sports room was Bobby’s childhood bedroom. Duncan now used it for his collection of sports things—baseball bobble-head dolls, hockey cards, golf trophies. A man had to have a place to display his things.

Tess just shrugged. She reached behind a pile of books and brought out a box of ear plugs.

“I thought you would say that,” she said.

“What about the dining room?” Duncan asked. “What about family dinners? What about Christmas?”

“Christmas is just one day. We can eat in the kitchen. All around the world, people manage to get their families together without a formal dining room.”

“I don’t know what’s come over you,” Duncan said.

Duncan stood in the doorway and watched his wife. She smiled and hummed as she put the books on the shelves of the cabinet. Tess had wanted to put the books out years ago. But Duncan insisted that there wasn’t room, and books made a house look too cluttered. Now they were being put into the cabinet that used to hold their wedding gifts.

Even worse, Tess had lined up tall bookshelves across the doorway that had opened to the living room. She had closed the space off. He was going
to ask where she had gotten the shelves. Then he remembered seeing them, boxed up, behind the furnace. He had thought they belonged to their son.

Duncan didn’t know that Tess knew how to put up shelves.

“Those gifts are just things,” Tess said. She did not look up from her books.

She bought a La-Z-Boy chair and put a little table and a good reading lamp beside it. She made the room her own.

The cat, Mr. Snuffles, sat by her feet, purring as she read.

The Fear Artist by Timothy Hallinan
A Rainbow in Paradise by Susan Aylworth
Brodeck by PHILIPPE CLAUDEL
To Capture Love by Shereen Vedam
24 Hours by Greg Iles
Jingle Boy by Kieran Scott
The Billionaire and The Pop Star by Silver, Jordan
Sinner by Ted Dekker
We Awaken by Calista Lynne
Warriors of Camlann by N. M. Browne
Our partner