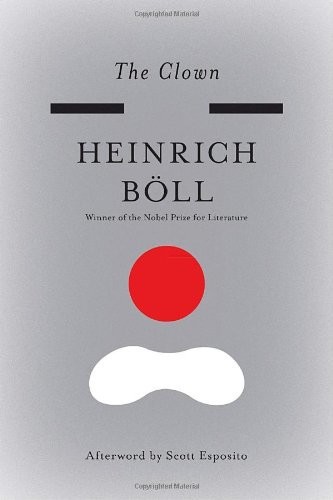 In 1972,
Heinrich Böll
became the first German to win the Nobel Prize for literature since Thomas Mann in 1929. Born in Cologne, in 1917, Böll was reared in a liberal Catholic, pacifist family. Drafted into the Wehrmacht, he served on the Russian and French fronts and was wounded four times before he found himself in an American prison camp. After the war he enrolled at the University of Cologne, but dropped out to write about his shattering experiences as a soldier. His first novel,
The Train Was on Time
, was published in 1949, and he went on to become one of the most prolific and important of post-war German writers. His best-known novels include
Billiards at Half-Past Nine
(1959),
The Clown
(1963),
Group Portrait with Lady
(1971), and
The Safety Net
(1979). In 1981 he published a memoir,
What’s to Become of the Boy? or: Something to Do with Books
. Böll served for several years as the president of International P.E.N. and was a leading defender of the intellectual freedom of writers throughout the world. He died in June 1985.

Scott Esposito
is a critic and the editor of
The Quarterly Conversation
, a quarterly web magazine of book reviews and essays. He has written for many newspapers and magazines, including the
Los Angeles Times, Words Without Borders
, and the
Barnes & Noble Review
.

The Train Was on Time

What’s to Become of the Boy? Or:
Something to Do with Books—A Memoir

The Collected Stories of Heinrich Böll

The Library of Congress has cataloged the paperback edition as follows:

I wish to express my deep gratitude for all the help
and advice given me in this translation by
my husband, William Vennewitz.
Leila Vennewitz
Vancouver, Canada

To whom he was not spoken of, they shall see:
and they that have not heard shall understand
.

It was dark by the time I reached Bonn, and I forced myself not to succumb to the series of mechanical actions which had taken hold of me in five years of traveling back and forth: down the station steps, up the station steps, put down my suitcase, take my ticket out of my coat pocket, pick up my suitcase, hand in my ticket, cross over to the newsstand, buy the evening papers, go outside, and signal for a taxi. Almost every day for five years I had left for somewhere and arrived somwhere; in the morning I had gone up station steps and down again, in the afternoon down the steps and up again, signaled for a taxi, felt in my pockets for money to pay for my ticket, bought evening papers at kiosks, and savored in a corner of my mind the studied casualness of these mechanical actions. Ever since Marie left me to marry Züpfner, that Catholic, these actions have become more mechanical than ever, but without losing any of their casualness. There is a way of calculating the distance from station to hotel, from hotel to station—by the taxi meter. Two marks, three marks, four marks fifty from the station.
Since Marie has been gone I have sometimes slipped out of the rhythm and confused the hotel with the station, I would start looking for my ticket as I approached the hotel porter or ask the ticket collector at the station for my room number, something—fate perhaps—must have made me remember my profession and my situation. I am a clown, official description: comedian, no church affiliation, twenty-seven years old, and one of my turns is called: Arrival and Departure, a long (almost too long) pantomime during which the audience confuses arrival and departure all the way through. Since I usually go over this number once more in the train (it consists of over six hundred gestures, and I have to know their sequence by heart, of course), it is not unnatural that now and again I fall victim to my own imagination: rush into a hotel, look round for the departure board, find it, run up or down a flight of steps so as not to miss my train, while all I have to do is go to my room and get ready for the performance. Luckily they know me in most of the hotels. Over a period of five years a rhythm develops with fewer possibilities of variation than one might suppose—besides, my agent, who is familiar with my idiosyncrasies, sees to it that there is a minimum of friction. What he calls “the sensitive soul of the artist” is fully respected, and an “aura of well-being” surrounds me as soon as I get to my room: flowers in an attractive vase, and, almost before I have thrown off my coat and tossed my shoes (I hate shoes) into a corner, a pretty chambermaid comes in with coffee and cognac and runs my bath, and the green bath salts she pours into it make it relaxing and fragrant. While I lie in the bathtub I read the papers, popular ones all of them, sometimes as many as six but at least three, and in a moderately loud voice I sing nothing but sacred songs: chorales, hymns, musical passages I recall from my school days. My parents, devout Protestants, subscribed to the postwar fashion of denominational tolerance and sent me to a Catholic school. I am not religious myself, I don’t even go to church, and I make use of the sacred texts and
songs for therapeutic purposes: they help me more than anything else to overcome the two afflictions Nature has saddled me with: depression and headaches. Since Marie went over to the Catholics (although Marie is a Catholic herself I feel this phrase is appropriate), the intensity of these two complaints has increased, and even the
Tantum Ergo
or the Litany of Loreto—till now my favorite remedies for pain—are not much use any more. There is one temporarily effective remedy: alcohol; there could be a permanent cure: Marie. Marie has left me. A clown who takes to drink falls faster than a drunk tile-layer topples off a roof.

When I am drunk my gestures during a performance become confused—their only justification in the first place is their precision—and I fall into the most embarrassing trap to which a clown is ever exposed—I laugh at my own tricks. A ghastly humiliation. As long as I am sober my stage fright increases till the moment I walk on (I generally had to be pushed), and what some critics have called “that reflective, critical gaiety hiding a beating heart” was nothing but the desperate icy control with which I turned myself into a puppet; it was terrible, incidentally, when the thread broke and I fell back on myself. I imagine monks go through a similar experience when they are in a state of contemplation. Marie always carried around a lot of mystical literature, and I remember the words “empty” and “nothing” occurred very often.

For the past three weeks I had been drunk most of the time and had gone on stage with a deceptive air of confidence, the consequences showed up faster than with a slacker in school who still retains illusions about himself right up until he gets his report; six months is a long time to dream. After three weeks there were already no more flowers in my room, by the middle of the second month I no longer had a room with bath, and by the beginning of the third month the distance from the station was already seven marks, while my fee had shrunk to a third. Instead of cognac, gin, instead of vaudeville theaters,
curious clubs which met in gloomy halls where I went on stage with wretched lighting, where my performance no longer even consisted of confused gestures but was reduced to outright clowning for the benefit of the postal and railway employees celebrating twenty-five years of service, or of Catholic housewives and Protestant nurses, and where the beer-drinking army officers whose promotion celebrations I enlivened hardly knew whether they ought to laugh or not when I did what was left of my “Defense Council” act; and yesterday, in Bochum, before an audience of young people, I slipped in the middle of a Chaplin imitation and couldn’t get up. There weren’t even any catcalls—just a sympathetic murmuring, and when at last the curtain fell I quickly hobbled off, gathered up my belongings and, without removing my make-up, took a cab to my boarding-house where there was a terrible row because my landlady refused to let me have any money for the taxi. The only way I could placate the disgruntled taxi driver was to hand over my electric razor—not as security but as payment. He was decent enough to give me change in the form of a nearly full pack of cigarettes and two marks in cash. I lay down fully dressed on the unmade bed, drank the rest of my bottle, and for the first time in months felt completely rid of depression and headache. I lay on my bed in a state which I sometimes hope will be mine when I end my days: drunk and as if in the gutter. I would have given my shirt for a drink, and only the thought of the complicated negotiations involved in such an exchange discouraged me from undertaking this transaction. I slept marvelously—long and deep, and dreamed that the heavy stage curtain fell over me like a soft thick shroud, yet through sleep and dreams I was aware of my fear of waking up: the make-up still on my face, my right knee swollen, a lousy breakfast on a plastic tray and next to the coffee pot a wire from my agent: “Coblenz and Mainz have canceled stop phoning tonight Bonn. Zohnerer.” Then a call from the organizer of last night’s show who, I discovered, was head of the Christian Education Society.
“Kostert speaking,” came his voice over the phone, a mixture of coldness and servility, “we have to clear up the matter of your fee, Mr. Schnier.” “By all means,” I said, “there’s nothing to stop you.”

“Oh?” he replied. I said nothing, and when he went on his petty hostility had turned to downright sadism. “We agreed on a fee of a hundred marks for a clown who used to be worth two hundred”—he paused, presumably to give me a chance to be angry, but I was silent and, true to type, he became insulting again and said: “I am the chairman of a welfare organization, and my conscience won’t allow me to pay a hundred marks for a clown for whom twenty is a more than adequate—one might even say, a generous fee.” I saw no reason to break my silence. I lit a cigarette, poured out some more of the lousy coffee, and listened to his heavy breathing. He said, “Are you listening?” And I said: “I’m listening,” and waited. Silence is a good weapon. When I was at school and got called up before the principal or the teachers I always kept silent. I let the Christian Mr. Kostert sweat it out back there at the other end of the line; he was too small to feel sorry for me, but not too small to feel sorry for himself, and finally he muttered: “Well, what would you suggest, Mr. Schnier?”