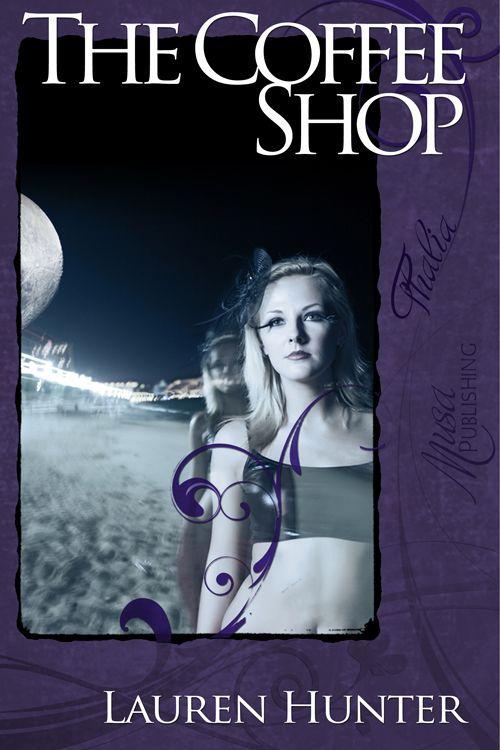 Stepping from the front door of his building, Derrick nodded at the doorman. “Harold.”

There before him was Mr. Schwartz, his bulldog in tow.

Reaching down, Derrick gave Winston a friendly pat on the head. “How old is he now?”

“Older than the hills?”

Pointing a finger, Mr. Schwartz’s eyes narrowed, his expression becoming deadly serious. “You got it.”

Derrick laughed, and stepped away to his limousine. “You have a good day now, Mr. Schwartz.”

“Eric, Eric. How many times do I have to tell you? It’s Eric, please.”

“Do up your seat belt, Jerome,” Mrs. Peterson said, turning to look at him in the back seat.

“Hey, Mr. Schwartz.” She waved out of her car window and pulled into traffic.

“Yes!” Jerome swiped his fist through the air.

“You playing that thing again?”

“No,” he replied, his eyes not moving from the game screen.

“All right, all right.” Turning it off, he slipped it into his backpack and zipped it shut.

“And do you have your seat belt done up?” She turned looking over her seat into the back. “Jerome, how many times have I told you, do up your seat belt before I start driving?”

Turning back, Mrs. Peterson saw a car stopped directly in front of her. Slamming on the brakes she barely missed rear-ending it as she came to a stop.

The man on the white cell phone didn’t hear the screeching of the tires just to his left, as he walked down the sidewalk through the crowd.

“No, I didn’t say that. You need to talk to Williams. No, it has to be Williams. God, this crowd is a nightmare.” Glancing to his left he saw a break in the traffic and ran out into it. A car slammed on its brakes, just missing him, and he gave them the finger. A truck slammed into the car’s rear as a faulty strap came loose, dumping its load right there into the street.

“You!” The man from the truck jumped out coming at the man on the phone.

“Oh, God!” The man on the phone hailed a cab and jumped in.

“What seems to be the problem, Lawrence?”

“Accident, Mr. Sloane. Looks like a truck has lost its load on the street.”

Derrick sighed. “That’s all right. Any coffee house will do. We can just stop at the first one we see along the way.”

“Very good, Mr. Sloane. I know another way we can go.”

Cutting through traffic, Lawrence turned into an alley on his left. Derrick looked out for the first coffee house he could see. Without his morning coffee, he was useless, and he hated making his own. He was terrible at it. And even though he had bought one of those expensive machines that makes those specialty coffees, he could honestly say he was totally inept at the task of making a good cup of coffee.

“There! There’s a place. The Coffee Shop. Well, I can’t say the name gets points for originality.”

“Here, Mr. Sloane?” Lawrence stared at the coffee shop, and then pulled the limousine over to the curb. It had seen better days, and Lawrence seemed surprised that Derrick had chosen it.

“It’ll do. Anything, just as long as I can get a cup of coffee.”

Seeing Lawrence about to get out, he held up his hand. “I’ll let myself out, Lawrence.”

The man on the white cell phone bumped into Derrick, his coffee spilling down Derrick’s shirt and onto his pants.

“Hey, buddy! Watch where you’re going next time, why don’t ya. Jeez.”

Derrick watched as the coffee spread into the fabric of his shirt, the scent of cinnamon surrounding him as he stood just inside the door.

The man scowled, uttering a curse, and pushed past him out the door.

Derrick turned, staring back at the door. “Heard of this thing called a lid?” He watched the man run out into traffic, and a blue sedan swerving to miss a cyclist almost ran him over as it jumped the curb and continued on down the street.

“Looking to get yourself killed?” Shaking his head, Derrick noticed a blond woman watching him. He shrugged, and she laughed, looking back to her book with a smile.

He stepped up to the counter and ordered a coffee. Turning back to the tables, he scanned the room. The only empty chair was at the table with the blonde, and walking over he smiled down at her.

“Really sorry to bother you, but this is the only chair in the entire place. Do you mind if I sit here while I drink my coffee?”

“Not at all. Be my guest.” She motioned to the empty chair with a wave of her hand and turned back to her book.

Taking up a napkin from the holder on the table, he rubbed at the coffee stain on his white shirt, the stain already set within the fibers of its silk.

“That’s not coming out.”

“Sorry?” Derrick looked up to see the blonde watching him.

“That stain. Well, there are ways to…” She looked self-conscious. “I’m sorry, it’s none of my business. I don’t know why I…” Her voice trailed off.

“That’s perfectly all right. I need all the help I can get. I can honestly say I am laundry illiterate.”

She laughed and looked away. “I’m sure it’s not as bad as all that.”

“Oh, you’d be surprised. If it was left to me I’d be wearing pink boxers instead of white.” He realized he had just told her he was wearing white boxers, and he stared at her, feeling foolish. “I’m sorry. I don’t usually go around telling women I just met I am wearing white boxers. And, oh my God, I just did it again.” He laughed and then shook his head. “You’ll have to forgive me, I’m afraid. I’m not myself today.”

“You just said you’re not yourself. I was just wondering who you were then?”

“Oh.” He grinned at her. “Derrick Sloane, actually.”

She smiled back and held out her hand. “Annie Maddock.”

“Nice to meet you, Annie Maddock. And thank you for letting me sit here. When I came in just now, I was wondering if there were any decent people left.”

“Oh, I think the word I’m thinking of is probably a bit more uncomplimentary than the one you’re thinking.”

He laughed, and she met his gaze.

He nodded, taking a sip of his coffee. “So, Annie Maddock, to use a trite and tired line, what brings you to a place like this?”

“Out of the way. Off the beaten path. Not your usual mega chain store franchise of — ”

“Sorry, I have a habit of overkill. At least that’s what my friends tell me.” She was staring at him, admiration on her face. “Did I say something…”

“I don’t mind. What guy wouldn’t enjoy having a beautiful woman stare at him?”

She looked away self-consciously. “Oh God, there I go again. Sorry, I can’t seem to help myself. It must have something to do with being distracted.”

“Oh, you mean me,” she said. Once again, she looked away, and he lowered his head trying to see her face.

“You’ll have to forgive me, Miss Maddock. Oh, I’m sorry, is it okay to call you Miss, or would you rather I called you Ms?”

“Annie. You can just call me Annie.”

“Annie it is then.” He smiled, taking another sip of his coffee. “So, Annie, what was it I said that seemed to impress you?”

“Oh, that. I was just wondering how you are with your friends. You don’t mind them being honest with you. You seem to appreciate it. I can think of lots of people that don’t, appreciate it that is.”

“Oh, I don’t always appreciate it, believe me, and if I don’t I’ll let them know. Maybe it’s a guy thing.”

“Brutal honesty. Probably goes back to the cave men.”

“Oh, so you’re saying only now they hit each other over the head with words. I get it.” She nodded. “No, I can safely say I am not a fan of brutal honesty. Although, if I look terrible in a pair of pants I’d like someone to tell me.”

“Just so long as it’s not a stranger.”

“Yes, well then it would just be plain rude.” She laughed, bringing her hand up to cover her mouth.

“Cover up your smile?”

“Oh, that. Used to have braces as a kid. Four years of that and you pretty much get in the habit of always covering your mouth to hide it.”

“Let me guess, you had glasses and pigtails too.”

“You say that like you don’t want to remember it.”

“To be honest, I don’t.” She stared at him across the table. “Let me guess. You were the captain of the football team and king of the prom?”

“To hear you say it, it sounds like a bad thing.”

“Relax, I’m just pulling your chain.” He frowned. “Can you say that to a woman?”

“Pulling your chain? I just did it again.” She laughed, and he smiled to himself. “You have the most amazing laugh.” He frowned. “God, I just realized how much that sounds like a line.”

He smiled. “Are you asking me if that was a line?”

She laughed again, closed her book, and set it aside. “Because it’s out of the way.”

“You asked me why I come to this place, when given a choice to go somewhere else.”

She looked at her watch and slid her chair back from the table. “Well, just let me say it was nice to meet you, Mr. Sloane.”

You Can See Me by A. E. Via
Naero's War: The Citation Series 2: The High Crusade by Mason Elliott
Worst Fears by Fay Weldon
Love Thy Neighbor by Dellwood, Janna
Chasing William by Therese McFadden
A Dad for Her Twins by Lois Richer
Atlantis Beneath the Ice by Rand Flem-Ath
Brutally Beautiful by Lynne Connolly
The Gemini Divergence by Eric Birk
Luke's Story by Tim Lahaye 7 Jerry B. Jenkins
Our partner