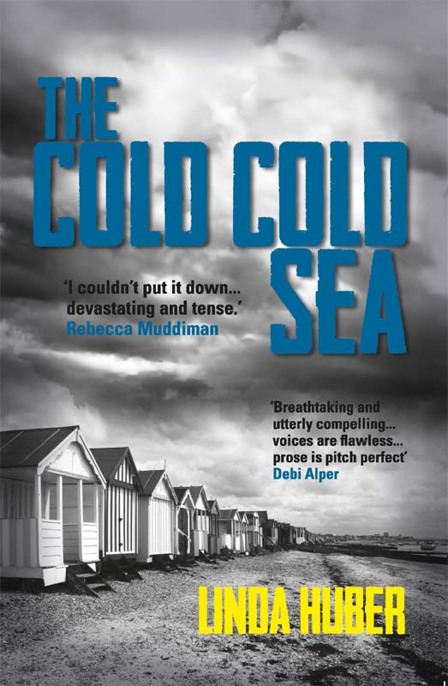 The right of the above author to be identified as the author of this work has been asserted in accordance with the Copyright, Designs and Patents Act 1988. British Library Cataloguing in Publication Data available.

Set in Times. Printed in the United Kingdom by TJ International.

All rights reserved. No part of this publication may be reproduced, stored in or introduced into a retrieval system, or transmitted, in any form, or by any means electronic, mechanical, photocopying, recording or otherwise, without the prior permission of the publisher. Any person who commits any unauthorised act in relation to this publication may be liable to criminal prosecution and civil claims for damages.

Linda Huber grew up in Glasgow, Scotland, where she trained as a physiotherapist. She spent ten years working with neurological patients, firstly in Glasgow and then in Switzerland. During this time she learned that different people have different ways of dealing with stressful events in their lives, and this knowledge still helps her today, in her writing.

Linda now lives in Arbon, Switzerland, where she works as a language teacher in a medieval castle on the banks of beautiful Lake Constance.

Her debut novel
The Paradise Trees
was published in 2013 and she has also had over 50 short stories and articles published in magazines.
The Cold Cold Sea
is her second novel.

The Cold Cold Sea
has developed over more than a decade. I can’t even count the people who have encouraged me along the way, but thank you all so much.

Thanks also to the team at Legend Press for their help, patience and general hard work.

Thanks again to my sons, Matthias and Pascal, for their IT help; and to Pascal for setting up my website.

Special thanks firstly to Olivia Azoughe, whose four-year-old self was the inspiration for my Olivia in this book; and also to Christine Grant for her invaluable help with police procedure.

And to those in Cornwall who, many, many years ago, gave a Glasgow child unforgettable holidays in the most beautiful place she had ever seen. Writing
The Cold Cold Sea
brought it all back to me: the sights, sounds and smells of Cornwall.

And last but not least, to my army of ‘card-people’ - keep up the good work!

To the Mathieson family,
especially my father, Forsyth,
and my brother, Gordon

A glint in the sand caught her eye and she crouched down. It was a beautiful pink shell, exactly like the one she’d found yesterday. She eased it out from under a thick strand of brown seaweed and brushed it gently with one finger. It was covered in sand, it wasn’t nice to hold like the other one. She looked round for someone to help, but her dad was right along the beach with his back to her, staring at something up towards the hotel. She hesitated for a moment. The sea was just nearby. She would wash the shell herself and then she would take it home and give it to her Granny. Her eyes shone at the idea.

The sun was hot on her shoulders as she turned towards the water. It was difficult to rush along the loose sand; coarse grains were rubbing the skin between her toes. Nearer the ocean the beach firmed up and she stopped to empty her sandals. It was the only thing she didn’t enjoy about the beach, the way sand got everywhere.

What she liked best, of course, was the sea. It was like magic, the way the colour changed all the time. Today it was shining blue in the sunshine, sparkling like the jewels in her mother’s ring. She giggled as her toes met the first of the baby waves fizzing up the beach.

The water was cold but it was silvery-clear, rushing up round her ankles and pulling her in to play. She bent over and swished the shell in the sea. Immersed in her task she rubbed and rinsed and rubbed again, oblivious to the cold water creeping up her legs. The shell was cleaning up nicely. It would look so pretty on her Granny’s windowsill, lined up with all the other shells they’d collected last year.

Satisfied with her work, she stood up straight, jerking in surprise when she saw that the water was up over her knees now. She could feel the waves swirling round her legs, pulling her this way and that. It felt as if she was wobbling on a trampoline. It would be easier if there was someone to hold her hand. She looked back at the beach.

Both her parents were tiny figures in the distance now, much too far away to hear her if she called. The sea was right here, teasing her. She giggled again as the wash from a distant motorboat slapped and tickled against her thighs. This was better, it was fun again now.

Further out the waves were white-tipped and rolling towards her, and she remembered the picture book she and Daddy had read just before coming here. A fairy tale princess had caught a beautiful white horse on a wave, and rode away to the place where the sea joined up with the sky. If only she could do that too. She stood on tiptoe and walked a few paces to see if there were any white horses nearby.

Quite suddenly the water was deeper, and it was freezing cold too; it was splashing right up over her tummy. A larger wave almost lifted her off her feet and she cried out in panic, sobbing when she realised that she had dropped Granny’s beautiful shell. Tears hot on her cheeks and teeth chattering, she struggled to regain her balance then waded a few steps in the direction of where the shell had vanished.

But the shell was nowhere to be seen. The water took hold of her again, pulling at her and pulling and all at once it was right up to her chin and there were no white horses at all, just cold cold water. It got in her eyes and nose and in her mouth, too, when she tried to shout for help.

Salty water was burning in her nose and pulling her down; the sea was filling her up and washing her away and she couldn’t stop it. The whole world was getting smaller... It was so cold. She was floating in cold, white water now, just floating, and then suddenly everything was gone.

Part One
The Beach
Chapter One
August 22nd

Maggie stood in the doorway and stared into Olivia’s bedroom. It was tiny, like all the rooms in the cottage, but this one was still. Toys, games... everything in here had been motionless for a week now. Baby dolls vied with Barbies on the shelf, an assortment of soft toys lay strewn across the bed, and Olivia’s darling Old Bear was sitting on a wooden chair by the window.

Maggie could hear the sea battering against the cliffs. High tide. The beach would be covered in water now; surging, white-tipped waves beneath a flawless blue sky. How beautiful Cornwall was, and how lucky they were to have a holiday cottage here. That’s what they’d thought until last week, anyway. If this had been a normal day they’d have been picnicking on the clifftop, or shopping in Newquay. Or just relaxing around the cottage, laughing and squabbling and eating too much. All the usual holiday stuff.

But nothing was normal any more, and Maggie knew that tomorrow was going to be the worst day yet. The twenty-third of August. Olivia’s birthday. Right now Maggie and her daughter should have been making the cake Olivia had planned so happily, the raspberry jam sponge with pink icing and four pink and white candles.

No need for any of that now. Maggie stepped into the room, grabbed the pillow from the bed and buried her face in it, inhaling deeply, searching for one final whiff of Olivia, one last particle of her child. But the only smells left were those of an unused room: stale air, and dust.

‘Livvy, come back to me, baby,’ she whispered, replacing the pillow and cradling Old Bear instead, tears burning in her eyes as she remembered holding Olivia like this, when Joe had whacked her with a plastic golf club on the second day of their holiday. She’d had two children then. She hadn’t known how lucky she was.

Her voice cracked, and she fell forwards, her kneecaps thudding painfully on the wooden floor. How could she live on, in a world without Olivia?

She had barely spoken aloud all week, and the words came out in an unrecognisable high-pitched whimper. Bent over Old Bear on the floor, Maggie began to weep. Her voice echoed round the empty cottage as she rocked back and forth, crying out her distress.

But no-one was there to hear.

Phillip Marshall drove as swiftly as he dared to the top of the hospital complex, and then slowed down for the often futile crawl round the oncology car park. Spaces here were like gold dust and he was late; he’d fallen asleep after lunch. The heat of the Californian summer wasn’t conducive to staying awake when you were blobbing on the sofa digesting a hamburger.

But thank God, there was a space just by the side entrance. So one small thing had gone right today. Phillip reversed in for a quick getaway after his visit, and then jogged towards the building. Gran didn’t deserve to be kept waiting, and it was ten minutes into visiting time already.

‘Hi Phillip. Edwina’s having a scan, but she won’t be long.’ Joe the charge nurse clapped Phillip’s back as he entered the ward. ‘And a single’s available now so we moved her this morning. Room Thirty-Five.’

Phillip winced. ‘Available’ on an oncology ward probably meant that someone had died in the night. He grinned his thanks and continued down the corridor. Gran’s new room was right at the far end, that was a good sign, wasn’t it? If she had been critically ill surely they’d have kept her nearer the nurses’ station. Phillip pushed the door open and found himself staring into a small room with a huge window. The Pacific stretched out before him. God he hated the sea. Today of all days he could have done without being so brutally confronted by it. He slumped into a hard chair and stared at the empty bed.

It was Hailey’s birthday. On the fifteenth of August, five years ago today, he and Jennifer had become parents. It had been the best day of Phillip’s life. He had promised a tiny little bundle cradled in his arms that he would give her all the fatherly love and attention he’d never had himself. For a while it had worked out like that, too.

He leapt to his feet as the nurse pushed Gran’s wheelchair up to the bed. She was paler today but her eyes were bright. Phillip hugged her carefully, feeling the fragile ribs though the towelling robe and realising with a jolt that he was going to lose her soon. She patted his back and held on a few seconds longer than she normally did. She was remembering Hailey’s birthday of course, she might have cancer of God knows where but there was nothing wrong with her mind.