The Collected Stories of Colette 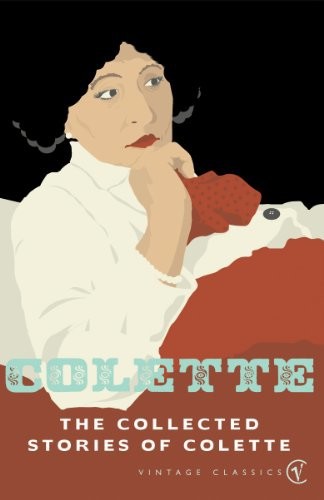 About the Author
Colette, the creator of Claudine, Chéri and Gigi, and one of France’s outstanding writers, had a long, varied and active life. She was born in Burgundy in 1873, into a home overflowing with dogs, cats and children, and educated at the local village school. At the age of twenty she was brought to Paris by her first husband, the notorious Henry Gauthiers-Villars (Willy), writer and critic. By dint of locking her in her room, Willy forced Colette to write her first novels (the Claudine sequence), which he published under his name. They were an instant success. But their marriage (chronicled in
Mes Apprentissages
) was never happy and Colette left him in 1906. She spent the next six years on the stage – an experience, like that of her early childhood, which would provide many of the themes for her work. She remarried (
Julie de Carneilhan
‘is a close a reckoning with the elements of her second marriage as she ever allowed herself’), later divorcing her second husband, with whom she had a daughter. In 1935 she married Maurice Goudeket, with whom she lived until her death in 1954.
With the publication of
Chéri
(1920) Colette’s place as one of France’s prose masters became assured. Although she became increasingly crippled with arthritis, she never lost her intense preoccupation with everything around her. ‘I cannot interest myself in anything that is not life,’ she said; and, to a young writer, ‘Look for a long time at what pleases you, and longer still at what pains you’. Her rich and supple prose, with its sensuous detail and sharp psychological insights, illustrates that personal philosophy.
Her writing runs to fifteen volumes, novels, portraits, essays,
chroniques
and a large body of autobiographical prose. She was the first woman President of the Académie Goncourt, and when she died was given a state funeral and buried in Père-Lachaise cemetery in Paris.
ALSO BY COLETTE
Fiction
Claudine at School
Claudine and Annie
Claudine Married
Claudine in Paris
Chéri
The Last of Chéri
Gigi
and
The Cat
Chance Acquaintances
Julie de Carneilhan
The Ripening Seed
The Vagabond
Break of Day
The Innocent Libertine
Mitsou
The Other One
The Shackle
Non-Fiction
My Apprenticeships
and
Music-Hall Sidelights
The Blue Lantern
My Mother’s House
and
Sido
The Pure and the Impure
THE COLLECTED STORIES OF COLETTE
Colette
EDITED, AND WITH AN INTRODUCTION, BY
Robert Phelps
TRANSLATED BY
Matthew Ward, Antonia White, Ann-Marie Callimachi, and Others
This ebook is copyright material and must not be copied, reproduced, transferred, distributed, leased, licensed or publicly performed or used in any way except as specifically permitted in writing by the publishers, as allowed under the terms and conditions under which it was purchased or as strictly permitted by applicable copyright law. Any unauthorised distribution or use of this text may be a direct infringement of the author’s and publisher’s rights and those responsible may be liable in law accordingly.
Epub ISBN: 9781446467541
Version 1.0
www.randomhouse.co.uk
Published by Vintage 2003
2 4 6 8 10 9 7 5 3 1
Copyright © Estate of Colette, 1920
Selection and Introduction copyright © 1983 by Farrar, Straus and Giroux, Inc. Translation copyright © 1957, 1966, 1983 by Farrar, Straus and Giroux, Inc. Translation copyright © 1958 by Martin Secker and Warburg Ltd.
Translated from the French.
Clouk/Chéri, The Quick-Change Artist
, and
The Tenor
from
MES CAHIERS
, copyright 1941 by Aux Armes de France.
Dialogues for One Voice
from
CONTES DES MILLE ET UN MATINS
, copyright © 1970 by Flammarion.
A Letter, The Sémiramis Bar, If I had a Daughter . . ., Rites, Newly Shorn, Grape Harvest, In the Boudoir
, and
Alix’s Refusal
from
PAYSAGES ET PORTRAITS
, copyright © 1958 by Flammarion.
The Master
from
LA CHAMBRE ECLAIRÉE
, copyright 1920 by Edouard-Joseph,
Morning Glories, What Must We Look Like?, The Cure, Sleepless Nights, Gray Days, The Last Fire
, and
The Tendrils of the Vine
, from
LES VRILLES DE LA VIGNE
, copyright 1934 by J. Ferenczi et Fils,
On Tour, Bastienne’s Child, Cheap-Jacks, The Misfit
, and
From the Front
from
L’ENVERS DU MUSIC-HALL
, copyright 1913 by Flammarion.
Florie, In the Flower of Age, The Rivals, The Respite
, and
April
from
LA FLEUR DE L’AGE
, copyright 1949 by Flammarion.
The Hidden Woman, Dawn, One Evening, The Hand, A Dead End, The Fox, The Judge, The Omelette, The Other Wife, Monsieur Maurice, The Burglar, The Advice, The Murderer, The Portrait, The Landscape, The Half-Crazy, Secrets, Châ, The Bracelet, The Find, Mirror Games, Habit
, and
The Victim
from
LA FEMME CACHÉE
, copyright 1924 by Ernest Flammarion.
The Bitch
, from
DOUZE DIALOGUES DE BÊTES
, copyright 1930 by Mercure de France.
Bygone Spring
from
LA MASON DE CLAUDINE
, copyright 1922 by J. Ferenczi et Fils.
October
from
LA PAIX CHEZ LES BÊTES
, copyright © 1958 by Librairie Arthème Fayard.
The Sick Child
, and
The Photographer’s Wife
from
GIGI
, copyright 1945 by Ferenczi.
The Rainy Moon
from
CHAMBRE D’HÔTEL
, copyright 1940 by Fayard.
The Kepi, The Tender Shoot, Green Sealing Wax
, and
Armande
from
LE KÉPI
, copyright 1943 by Fayard.
Gribiche, The Patriarch, The Rendezvous
, and
Bella-Vista
from
BELLA-VISTA
, copyright 1937 by J. Ferenczi et Fils.
The Hidden Woman, Dawn, One Evening, The Hand, A Dead End, The Fox, The Judge, The Other Wife, The Burglar, The Murderer, The Portrait, The Landscape, Secrets, Châ, The Bracelet, The Find, Mirror Games, Habit, The Victim
and
My Friend Valentine
were first published in England by Peter Owen Ltd under the title
THE OTHER WOMAN
in 1972 and have been retranslated for this volume
All rights reserved
First published in Great Britain in 1984 by Secker & Warburg
Vintage
Random House, 20 Vauxhall Bridge Road, London SW1V 2SA
Random House Australia (Pty) Limited
20 Alfred Street, Milsons Point, Sydney, New South Wales 2061, Australia
Random House New Zealand Limited
18 Poland Road, Glenfield, Auckland 10, New Zealand
Random House (Pty) Limited
Endulini, 5A Jubilee Road, Parktown 2193, South Africa
The Random House Group Limited Reg. No. 954009
www.randomhouse.co.uk
A CIP catalogue record for this book is available from the British Library
ISBN 0 09 944908 0
Introduction

These one hundred stories are taken from some dozen volumes published during and after Colette’s lifetime. Dating from 1908 to 1945, they vary in length and intensity, but even the slightest is
echt
Colette, and if the one called “The Kepi” is probably the least sentimental love story ever told, the one called “April,” about a teenaged Adam and Eve, is probably the truest.
As always in Colette’s world, the subject matter avoids any political or metaphysical themes and remains firmly implanted in the private life, in the joys and stresses of what Tolstoy once called “man’s most tormenting tragedy—the tragedy of the bedroom.” The backgrounds shift from Paris to the Mediterranean coast, from North African gardens to theater dressing rooms, from louche yet somehow wholesome bars to the fresh, sane countryside of the author’s native Burgundy. The people we meet are lovers, loners, liberated women, sexual outsiders, acrobats and mimes, children and adolescents, old maids and divorcees, and to their needful lives Colette brings not only her classically trim art of storytelling but the canny, profoundly generous knowledge of all-too-human nature for which her name has become virtually a synonym.
These stories also represent Colette as an innovator, as well as a master, of the art of fiction. Most of our past century’s experimentation with the novel has tried to impose omniscience on it, ignoring its primary reality as something being told by the voice whose name is on the title page (Valéry: “When all is said and done, a book is merely a selection from its author’s monologue”). Like Proust, Colette declined anonymity and, in her most original work, establishes her own presence firmly in the foreground.
With closely observed action and dialogue, she mixes some of the intimacy and even irrelevancy (yet so keenly selected and arranged) of a good memoir. The result—imaginary autobiography, post-novel, whatever you want to call it—communicates that quality of truth Thoreau had in mind when he said, “I desire to speak like a man in a waking moment to men in their waking moments.”
Hence any mere digest of the plots of the stories would be misleading. For even when, as in “The Rendezvous” or “Bella-Vista,” there is a surprise ending, this is the least of the matter. Even the supple and wonderfully economic narrative line, even the lean precision of the prose itself, are peripheral to, or contained in, what remains the most imposing element in Colette’s art: the use of herself.
This has nothing to do with her actual private life. It has simply to do with art, the art of using her own first person, and creating on the printed page a savory and magnetic presence (imaginary for all I know) called Colette. She has created many memorable characters—Léa, Chéri, Phil and Vinca, Julie de Cameilhan, Cigi. But Colette eclipses them all: tart, moody, hardworking, she could take St. Benedict’s “Laborare est orare” as her motto. Capable of reckless lyricism on behalf of what moves her, capable also of a superb contempt, she is essentially a born watcher, fierce, dedicated, with an absolute vocation to behold. Listen to her at her most characteristic, talking to herself on a late spring evening in Provence:
The night was murmurous and warmer than the day. Three or four lighted windows, the clouded sky patched here and there with stars, the cry of some night bird over this unfamiliar place made my throat tighten with anguish. It was an anguish without depth; a longing to weep which I could master as soon as I felt it rise. I was glad of it because it proved that I could still savor the special taste of loneliness
.
Essentially Colette was a lyric poet, and her basic subject matter was not the world she described so reverently but the drama of her personal relation to the world. Her injunction to those around her was always “Look!” and her own capacity to behold was acute and untiring. But when she is writing at her best, it is not what she describes so much as her own presence, the dramatic act of herself watching, say, a butterfly, which becomes so absorbing, morally exemplary, and memorable. This is no accident, for the very delicate art of using the first person without indulgence is one that Colette developed as thoroughly, and as consciously, as Joyce explored the art of eschewing it.
At first she practiced it in only her non-fiction, and whether she was writing a brochure for a perfume manufacturer, or a text to be read over Paris Mondial Radio to American students, or marginal notes for an almanac, she wove a deliberate thread of her personal life, her private myth, into the fabric. Later she began to do the same thing in her fiction. The result was a story in which the author sets aside Joyce’s aloofness and brings the art of narration back to its origins, with Colette herself consciously in the foreground, intimately, unfearfully telling the reader what she has seen or heard, or maybe even imagined, and no longer pretending she is not there.