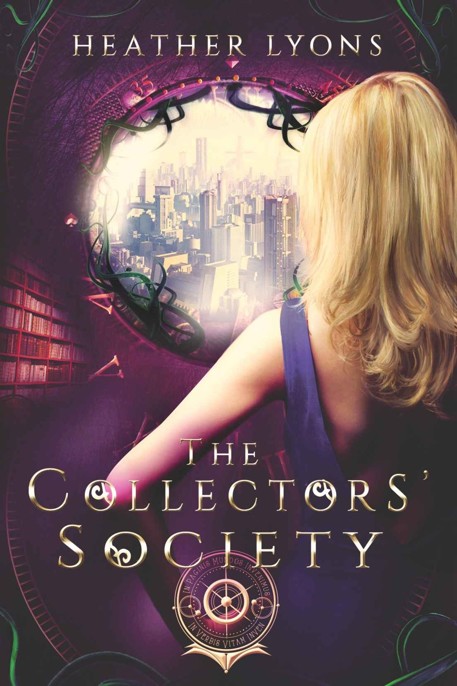 The Deep End of the Sea

Cover design by
Whit And Ware

An Offer of Employment

We Need To Talk

The Land That Time Forgot

A Matter of Fate

Follow Chloe’s story in the rest of the Fate series books . . .

AF loves and appreciates you

just as much as I do.

T
HE CEILING ABOVE ME is a mysterious map of cracks and chipped paint, nearly undecipherable in origins or destinations. Voids unsettle me, though, so night after night, as I stare up at it, tracing the moonbeams that flit in between hills and valleys, I assign them my own designations. There, that bump? It’s Gibraltar. That chunk? The Himalayas. The deep groove near the Southeast corner of the room? The Great Wall of China. The smooth patch nearly dead center is the Pleasance Asylum, which is vastly amusing to me.

I shy away from the splattering of flakes in the Northwest quadrant, though. Those ones, whose ridges grow on nearly a daily basis, are far too easy to decipher. I made the mistake of telling Dr. Featheringstone this during a fit of delirium, and he’s not forgotten it. In fact, he’s asked me about them again, just now, and he’s waiting patiently for my answer.

“They’re flakes of paint,” I tell him. “Created from age and lack of upkeep.”

As he chuckles softly, the thick mustache that hides his lip twitches. “Always the literal one.”

I keep my eyes on his face rather than in the area he’s quizzing me about. It taunts me though, just over his left shoulder. “Why shouldn’t I be? Word games are silly and are best left for children or the elderly who seek to hold onto their wit.” The muscle inside my chest works in overtime as I tell him this. He’s heard my ravings, and knows my struggles.

“And you are no longer a child?”

I lean back in the still, wooden chair, delighting in how its discomfort bites into my bones. “I hardly think a woman of twenty-five is a child, Doctor.”

In direct opposition to his faint yet genuine smile, pudgy fingers stroke his bushy mustache downward. “Many ladies of your standing are long married with family.”

He says many when he means
most
. I smooth the stubborn wrinkles on my gray skirt. “It’s a little hard to meet prospective suitors in . . .” I glance around the room, eyes careful not to settle too long above his head. “A fine establishment such as yours.”

Neither of us mention where I’d been before here, or what I’d seen and done and experienced.

Another chuckle rumbles out of him. “Too true, dear. But you will not be at the Pleasance much longer. What then?”

My fingers knot tightly together in my lap. “I imagine I will be sent to rusticate at our family’s summer house near the seaside. Perhaps I will find a nice stableboy to court me, and by the ripe age of twenty-six, we will be living out our bliss amongst seashells, ponies, and hay.”

Featheringstone sighs, his face transforming into a look I could sketch from memory; it’s given so often to me when I offer up an answer he doesn’t like. I call it Disappointed Featheringstone.

My eyes drift to the one window in the room. "I am still not positive my release is the wisest course of action."

"You’ve been here for over half a year,” the doctor says. "Most people in your position would be clamoring to taste freedom."

A thin smile surfaces. That’s the problem. I’ve had a taste of freedom, true freedom, and I’m loathe to accept anything other than such.

"You are in good health," he continues. "Your need for confinement is gone. Your nightmares have decreased significantly." His chair creaks beneath his significant girth as he leans forward. "It is time for you to resume your life, Alice. You cannot do that here at the asylum. You are, as you pointed out, twenty-five years old. You still have many years of experiences ahead of you."

I have many years of experiences behind me, too.

"Perhaps I ought to become a nurse," I muse, keeping the edge of my sarcasm soft enough to not wound. "What a story mine would be: patient to nurse, a grand example of life dedicated to the Pleasance."

"I think nursing school is a grand idea.” His ruddy face alights. "There are several reputable ones in London you could attend."

It’s my turn to give him a patented look, the one he affectionately calls Unamused Alice.

“Your father has sent word he will come to escort you home at the end of the week."

Featheringstone stands up, glancing up at my past before shuffling over to pat me on my shoulder. He is a nice man, whose intentions for his wards are sincere. It’s for this I both appreciate and resent him. An old schoolmate of my father’s, he was selected upon my return sorely for this purpose. Too many horror stories about hellish asylums and nefarious doctors rage about England, but my father knew his friend would treat me with kid gloves. While the Pleasance may be physically showing its age, it’s amongst the most sought after when it comes to those in the upper class due to its gentle hand and discreet employees.

Sometimes I wish my father hadn’t been so kind. It might have been easier had he thrown me into one of the hellholes, where I could have gotten lost amongst the insane.

MANDATORY STROLLS ARE REQUIRED
of all patients at the Pleasance, as Dr. Featheringstone believes, “Fresh air is the tonic to many ails.” At first, I was resistant to such outings, preferring to stay in my snug room with the door closed, but after several tours with the good doctor and a team of nurses and orderlies, I determined he perhaps had a point. There is a nice pond that is home to a family of ducks, a small grove of trees, and a handful of boring, quiet gardens that house no red roses after the good doctor had requested them removed. Worn dirt paths lined with benches connect the Pleasance’s outdoor pleasures, and one can experience everything in as little as a half hour. We patients are never left to our own devices during these Fresh Air Hours, though. Nurses and orderlies mingle amongst the residents, setting up tables for games of checkers, chess, or croquet, although I naturally recuse myself from such frivolity.

Half a year in, and I am still a stranger to most of the folk here. That was by my choice; many of the residents did their best to welcome me into the fold, but I was determined to keep my distance out of early fear of spies.

There is nowhere you could go in which we could not find you, little bird.

My head snaps up sharply to find one of the orderlies standing over me, an envelope in his hand. I eye the object warily; outside of my parents, whom I requested not to write to me during my stay, no one else of my acquaintance knows I’m here. “There is no need to be so formal with me. We are at an asylum after all.”