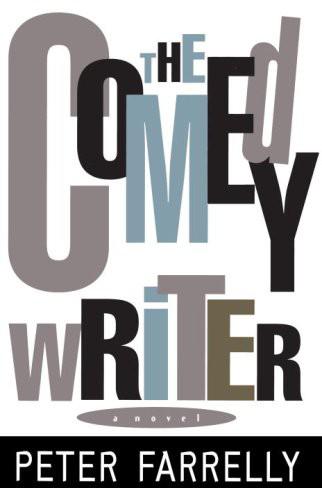 for my huckleberry friend melinda

It never rains in California
but girls don't they warn you
it pours …man, it pours.

I've had reason to believe there's something after this, but I'm in no rush to find out what it is. I love life. Not as much as I did as a kid, of course, but how can you after Christmas and Halloween start to lose their buzz, and booze tastes a little too familiar, as does death, and sex isn't such a new experience either? You'd have to have been a pretty miserable kid to be happier as an adult, and that I wasn't. I was a carefree little shit who searched for duck nests and caught frogs and sat up in my tree house in the summer thanking God for my youth. I always appreciated youth. I remember being eighteen and driving around Rhode Island with my girlfriend Grace and a few of the guys, drinking beer and listening to the radio, and I pulled the car over and looked at everyone and I said, “Do you realize how great this is?
We re young!”
And I felt it. And I still ache from it.

So there I am fifteen years later—it's March 1990—and I'd just moved to L.A. three days earlier, and I'm driving along listening to Jonathan Richman sing about that summer feeling, and I felt happy and the happiness turned into a craving for ice cream. I pulled into a minimall that had a big yellow plastic sign advertising a locksmith and take-out Japanese food and frozen yogurt and I got out of the car. There was a white van parked in front of the entrance to the Baskin-Robbins and a midget leaning against the van. I was about twenty feet away from the midget when I noticed a big gangly guy about my age coming toward me from about twenty feet on the other side of the entrance, meaning we were about forty feet apart. He had a broad smile plastered on his face and he was looking right at me as we were converging, and it was the kind of goofy smile that I would normally avoid making eye contact with in the big city, but then I thought, Hell, he's just a big happy guy, and so I returned a big happy smile myself, and just as I was about to enter the store and the big happy guy was passing me, and in fact we were
both
a couple of big happy guys, he said to me, “Get a load of the midget,” and he kept walking and I was left standing there with a big smile and an unhappy midget glaring at me, since I was obviously in cahoots with the other smiling idiot.

I got a hot flash and a stinging, itchy feeling and I tried to think of something to say, but everything sounded lame, so I just walked into the store, but I wasn't happy now and the craving was gone. I briefly considered treating the midget to something, except I knew that would be dumb, too, like “Here, little guy, have an ice cream cone,” so I just bought a small cup of chocolate yogurt for myself and ducked out of the store without looking back.

I had intended to head back to my motel, but I needed to find an apartment and I was bummed out about what had just happened
and scared about being in a new city and somehow inspired by this fear, so I kept driving west and as soon as I got to the ocean, I saw the crazy woman standing on the building.

that have happened in my life have happened by accident. I was born with great parents, I grew up in a nice town, I crashed my bike in third grade and got a concussion, I have fun brothers and sisters, I saw a UFO when I was eighteen, I had a fantastic girlfriend in high school—she died young. Serendipity. Or who knows, maybe not. Maybe more like
calculated accidents.
If you open yourself up to things, things happen. Good and bad. I didn't pick my parents, nor my brothers and sisters, but I was out at 3 A.M. when I saw the spaceship. My girlfriend Grace was out at the same hour when she got killed.

It's like when I was ten years old and I was fishing for scup down the Cape with my younger sister Kara, but I caught my dog instead. Chris was standing behind me as I was casting off the Green Pond bridge and I stuck her in the hind haunch. The hook was in Chris, but it ripped my heart out and I immediately tried to reel her out some slack. She was a big hysterical German shepherd, though, and before I knew it, the pole had been pulled out of my hands and was click-clacking up the street behind a blur of yelping fur.

My parents didn't know why their son had come running into the yard sobbing, but since Kara wasn't with me, they feared the worst. I was too upset to tell them where my sister was, so my father shook me, like in the movies, but it wasn't a movie and I just cried louder. “Where the hell's Kara?!” he screamed. After I managed to squeak out, 'The harbor,” my mother made a pathetic lurch in the
harbor's direction—pathetic because taking the car was the call, seeing as the harbor was a mile away, and also because she ran straight into a concrete block we'd been using for second base and ended up with a cracked fibula and a row of stitches.

That's why when I saw the woman jump off the building on my third day in L.A., I just climbed back into my Plymouth Arrow and drove away. It didn't pay to get hysterical about things. I stopped at a liquor store, calmly guzzled two cans of Bud, then went to my pale blue Hollywood motel room and lay on the bed.

The woman was obviously wacko. Maybe I could have done a few things differently, but it wasn't my fault that the system had broken down. Still, I couldn't shake the look on her face the moment before she went. What was it?
Embarrassment?
And the corpse—not what I expected from sixteen stories. Not as bad actually. She'd hit a tree, landed on her back on the sidewalk. No big splatter, just a trickle coming from under her. Her eyes were open, her flesh the color of Maypo, her spirit hung over the block.

After the shadows darkened on the walls of my room, I walked up the street for a cheeseburg. Several loud bars I passed—all guys, it sounded like. I remembered it was St. Paddy's Day. Back home, I would've been pounding them at the Dockside or Clark's, or maybe some dive over in Charlestown. Along the way I picked up an armful of litter, for the karma. I don't recommend it. It starts small—a gum wrapper here, a Thai food take-out menu there—before you know it, you can't pass anything without feeling guilty.

At Hamburger House I changed my mind about eating. It was suddenly too hot for food, I felt dizzy, and there was something about the people behind the counter: the way they moved, their voices, a fleeting awareness of bodies occupied by spirits.

I went back to bed but couldn't sleep. It was an unfamiliar
room, and I wasn't at ease. Maybe I could have saved the woman. I prayed for her soul, and then for mine. The place was still warm from the day's blast and the pounding in my head started again. Ever since leaving Boston, I'd been having it, always in the same spot, the back on the left, behind my ear. I kept turning my pillow over, searching for a cool spot. The sheets were too starched; the blanket was some kind of fuzzy foam the color of a lawn flamingo. Occasionally a car headlight passed across the walls. It reminded me of staying at my grandmother's as a kid. I'd hated it there. It was a city house and I was a country kid, and my parents were gone, everyone was gone except for a nervous old lady who mumbled prayers for long-dead relatives as nonchalantly as I chewed Bazooka.

Finally I slept, only to be awakened at exactly 3:33 A.M. by the couple fighting in the next room. It sounded as if they were rolling candlepins in there. The guy screamed, she cried, he apologized, she screamed, he screamed, she cried again, he got sick of apologizing. So this is what Californians sound like, I thought. I turned on the TV, found a rebroadcast of the news. The newscaster alluded to an “unspeakable crime in Bellflower,” then spoke in graphic detail about a man who'd butchered his two kids, along with a niece.