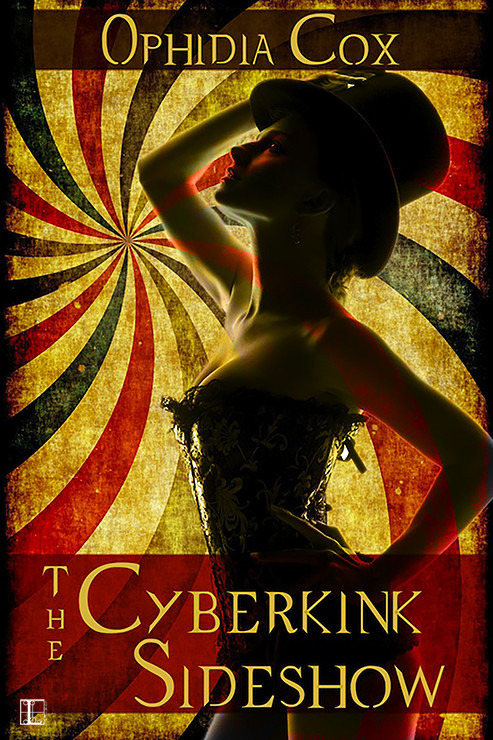 An imprint of Kensington Publishing Corp.

With thanks to Nerine Dorman.

The sun had not yet set when Constable Sylvia Price parked the police van on the concourse and got out to release Max from his cage in the back, but much of the heat had at last gone from the sweltering July afternoon. As she locked the vehicle, she glanced up to take in the red-streaked sky, the sparse clouds uplit by the sunset looking as pink and sticky as the discarded candy floss littering the pavement.

Sylvia looped her wrist through Max’s leash as she synced herself to him and tried to adjust her uniform, which clung unpleasantly to her every sweaty crevice. The day crowd was dispersing, kids shrieking, youths laughing and swearing on their way home. The litter was everywhere: candy floss, burger wrappers, half-finished polystyrene boxes of chips. Chewing gum. Damn stuff did horrible things to dogs’ paws, and the last thing she needed was for Max to step in it. Filthy buggers.

She gave Max’s lead a gentle tug after plotting a course through the rubbish. “C’mon, lad.” Predictably, he pulled away from her at the first lamppost they passed. A rank odor and a torrent of information at once hit Sylvia through the animal’s interface. Six different dogs had urinated there in the past hour. Sylvia smiled, despite the phantom stench filling her nose. She’d always thought it ironic that sniffer dogs had been interfaced to humans to facilitate tracking down and identifying substances, whereas being interfaced to Max she’d unwittingly learned the signature smells of all manner of dog-related business. It made her wonder exactly who was serving whom.

The main path led down into a patchwork of show gardens. On the left the honeysuckle-garlanded coils of a great serpent rose from a sea of blue and purple pansies. The creature looked to have been sculpted from a wire frame stuffed with earth and coir, from which the flowers grew. Over on the right, water trickled around a perspective-defying Meccano guttering construction like something from an HC Escher drawing. Beyond these a maze had been laid out in ten-foot sunflowers. A garden of genetically modified nasturtiums sprouted a sign explaining they were made as a school project. Each petal bore colorless blobs of letters spelling the name of someone who had died as a result of information terrorism.

Max panted in the evening heat, tongue spilling loosely over his white teeth. The German shepherd sweltered under his thick tan-and-black coat. Sylvia swigged the bottle from the holder attached to her belt, but the water left her mouth dry. No, it wasn’t her. She paused to let the dog drink from the water feature. He continued to pant even after he’d slaked his thirst, water dripping from his muzzle and leaving dark spots on the path where he walked.

The little monorail train rattled overhead as they came to the landscaped open area, paths winding around an army of sinister orange wire-figure sculptures. Cultural regeneration, the government called it. It would be here only for the summer of this year, then all the attractions of the Garden Festival would leave, never to return again, the land sold on for development.

A Ferris wheel towered on the horizon, behind the clutter of the Garden Festival’s myriad attractions. The observation cars would probably have air-conditioning. Sylvia tried to imagine being cool. Summer had been hot and dry so far this year.

To reach the attractions, they had to cross a water garden of lily ponds surrounded by chili plants burgeoning with multicolored fruit. Fast-food stalls and trailers scattered the lawn on the other side. Gaudy signs stood up on the slope:
The Museum of Electricity
,
The Interactive Lifestyle Experience
. Sylvia couldn’t see Pikesley objecting to such wholesome and educational stuff, but here and there walked people in small groups, against the flow of the day’s youth exodus–adults dressed as though they were on their way to a heavy metal concert. One of them, a tall woman with kohl-rimmed eyes and long, black hair, glanced at Max and Sylvia as they passed.

A rollercoaster car stood inert at the end of its track, its queuing post empty.
The Haunted Manor
was likewise deserted. Sylvia presumed the implied ghosts were still there.
Virtual Arcade
. That one looked like it was still open, although its trade had died down. Behind the window, she discerned the form of a man standing entranced by the heavy headset he wore, reaching out with gloved hands and turning slowly.

People looked away and a lad glared at Sylvia through a faceful of piercings as she pushed her way to the front of the queue. Two bouncers wearing tight leather shorts and jackboots guarded the entrance. Both were heavily tattooed.

Sylvia held up her police ID. “I’m going to need to inspect your premises.”

One of the bouncers folded his arms and pushed up his lower lip while he scrutinized the ID. He patted Max on the head before stepping out the way. Max was inordinately interested in the bouncers’ sweaty shorts, and Sylvia had to pull him away as she passed into the tent. She salivated and swallowed as she walked on, trying to lose the ghost scent.

The great space the tent enclosed was already packed with people serried upon tiers sunk into a depression in the ground. Judging by the length of the queue outside, Sylvia calculated there’d be people turned away. A low barrier at the bottom tier separated the crowd from a center ring with a sand-covered floor and various wooden stages. From the main pole supporting the structure depended batteries of speakers and eight screens arranged in an octagon to face the audience from all sides. Technical staff with black t-shirts swarmed over the equipment, loud crackles and shrieks ringing from the audio system.

It would be best to check now, before the event started. Sylvia stepped down to the first tier and gave Max the thought-command to search. She could tell immediately that these spectators weren’t in favor of the police presence. Feet were shoved into her ankles as she climbed between the seats. People made disgusted faces at Max when he sniffed them. Some of them smelled of cannabis. She would leave them be. It would be injudicious to throw the book at them. She was here to get to the bottom of a much more serious accusation, not stir up trouble. While the general public didn’t approve of the sideshow, they didn’t much like the police either, and it wouldn’t help public relations if the headlines told of the police disrupting the takings of an independent business and mass arrests for petty offenses. What she was looking for was more serious drugs, and the telltale electronic signatures of any information contraband or illegal gadgets.

She managed one lap around the tent, but she wasn’t getting anywhere. Down in the center ring the black t-shirts were finishing up and it looked as though the show was about to begin. Sylvia climbed back up to the upper tier and found a seat up against the tent fabric wall.

A human figure clambered up onto a stage above where a drum kit had been set up. The person’s body was covered in long, flaxen hair, like an Afghan hound. It took its seat and began a drumroll.

The lighting in the tent dropped, and a loud, excited cheer broke out in the darkness around Sylvia. The strident notes of an organ reverberated, and Sylvia instinctively looked up to the high ceiling where the pole supported the tent’s roof and the ganglion of wires spread there like jungle vines. When she looked back to the ring, the velvet curtains that concealed the performers’ entrance had parted, and a spotlight stabbed through the shadows to illuminate those who emerged.

A wide figure wearing a Boy Scout uniform trotted into the arena, followed by two others, thin, masked, and in bondage harnesses. The skin that showed between the gaps was covered in hair, but despite this they both had narrow waists in proportion to their hips, and substantial yet fuzz-covered breasts protruding between the leather straps. The first figure held up his hands to rapturous cheering from the audience. He was very fat, and shorter than the other two, the hat obscuring his features. His legs appeared oddly smooth and hairless, and Sylvia couldn’t tell from this distance whether he was a man or a boy. The main screen above the entrance changed to focus in on him, and now she saw from the face under the brim of the hat that he wasn’t a boy, but a man in his early thirties.

“Ladies and gentlemen!” He held up a hand to quiet the throng.

The audience booed and laughed. The main screen showed the man’s expression change to mock offense. “Whores and bastards!” he barked into the microphone, his voice becoming shrill and fierce. Applause and noisy laughter broke out. “It’s my delight to announce the opening and to cordially welcome you all to what I hope you’ll all agree is the greatest freak show on Earth!”

His voice had a nasal timbre and a slight Oxford accent, not at all the sort of voice Sylvia would have expected from someone introducing live pornography. She found herself fixating upon his thick legs as he spoke, her gaze wandering up over his knees to his broad, shapely thighs and his shorts, which strained at the waistband where his belly overflowed. Flesh bulged voluptuously under the yellow fabric of his shirt.

The ringmaster continued. “If my sideshow’s reputation precedes it, which it usually does, most of you may already have heard about our notorious fully interactive main event, which will be opening tomorrow evening. In the meantime, tonight, we would like to offer you a select sample of the entertainments we have on offer. Before the events begin, we do have some rules that we do ask you observe. We merely ask that you do not intrude upon your fellow members of the audience and that you do not engage in copulation or frottage of any sort while you’re seated, and we also ask that you do not throw objects at our performers. So, without further ado, I’d like to welcome the first act! Please give a very warm welcome to our leprechauns!”

Sylvia looked away in embarrassment, finding only other members of the audience. Not wanting to make eye contact with them, she looked down at her feet and at Max where he curled against her ankles, rubbing the soft fur between his ears with her fingers.