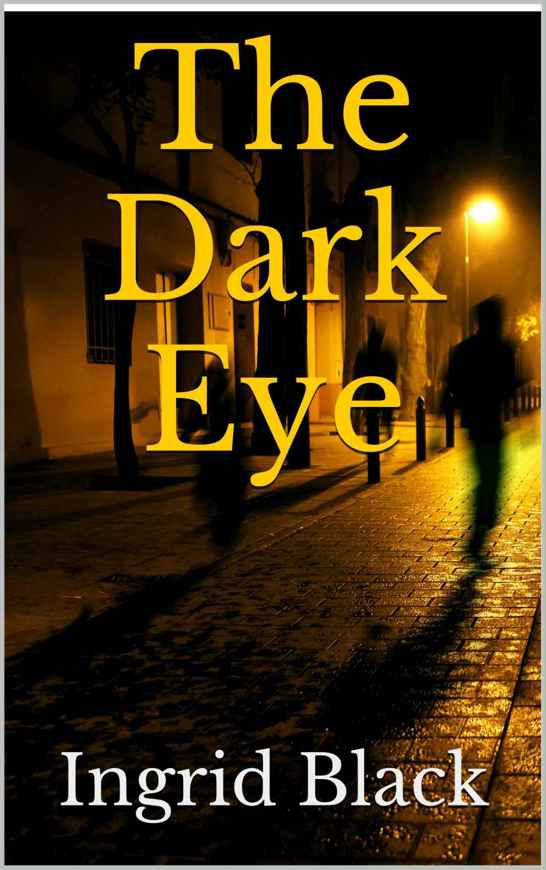 I didn’t even get a chance to say hello.

‘You’re Saxon,’ the voice said soon as I picked up the phone.

There was a trace of an accent there, though I couldn’t place the where.

‘Let me guess. Is it Elvis Presley?’

‘I don’t get three guesses then?’

‘Felix Berg. You may have heard of me.’

I sighed and checked my watch. Outside my window another day was dragging sluggishly to a close with nothing done, and somewhere in my apartment a clock was ticking too loudly, taunting me with time wasted. This was the last thing I needed.

‘Listen, Felix, Felix Berg, photographer, whatever, what do you want? It’s late, it’s cold out, I need my beauty sleep. Do you have nothing better to do than call up strange women who don’t give a damn who you are and tell them your name?’

‘I wouldn’t put money on that, my friend.’

There was a brief pause before he continued.

And I thought:
Here we go again
.

I was always getting calls like this. OK, maybe always is an exaggeration, but often enough not to be surprised by them anymore. It came with the territory.

Saxon: crack hunter of serial killers turned bestselling crime writer. That was me.

At least that’s how they described me on cable TV.

I’d written a couple of books about my all-too-brief years in the FBI, so it wasn’t like they needed security clearance from the President to get the lowdown on me; but still they expected me to be impressed when they rattled off a few details about cases I’d worked, places I’d been, killers I’d known. Like I needed reminding. Hell, I’m as easily flattered as the next former Special Agent, but they really needed to put in some more effort.

Get a new chat-up line.

Still, as introductions go, telling me someone was trying to kill him took some beating, and I told him so.

‘It’s too late. They wouldn’t listen to me.’

I didn’t blame them.

‘What makes you think I will?’

‘Because you’re the only one I can count on,’ he said.

‘You’re a stranger here, like me. You don’t belong. And besides—’

‘You know what it’s like to see into the dark.’

And I couldn’t deny that.

I’d been staring into it longer than I could remember, so long that I could scarcely recall any more a time when I knew nothing of murder, knew nothing of death, though I guess there must have been one. A time when the darkness which lurks always at the edge of things, infecting and infesting the world we think we know, was nothing more than a rumour to me; when the dead voices still spoke a language I didn’t understand and had no desire to learn.

Once the darkness has touched the mind, nothing can make it go again. And it had touched mine too often. I had seen crows pecking at the fallen in a wood in winter, snow and old blood and the shadows of branches interlacing like secrets. I had fished skulls from the sea like they were whitebait, and drawn blood out the water of a moss-ravelled well in which a woman’s brutalised body had been dropped still breathing, but only barely, just hours before. I had seen the dead sealed inside walls and left folded in wastepipes as an offering for the rats, greedily unwrapped as a child unwraps its birthday gifts. I had found fingers poking out of the earth where a city decayed into rubble, nails blackened with poison, and recognised in them the handiwork of killers I almost hadn’t thought existed outside my own imagination.

I had searched for lost children that I knew would never be found. With my bare hands I had sifted ashes, not knowing what was dust and what was life forsaken.

I had come to know murder intimately, in all its pallors and moods, in all its hiding places, until the sight was as familiar to me as my own reflection, and I knew that dark things were all that lasted in the end, that nothing else endured. Knew that there was no end to evil, and no matter how hard we fought it there would always be more of it to fight again. Knew too that there are some amongst us, some much closer than we know, who think no more of snuffing out a life than the horse mourns the beetle crushed under its hoof.

You know what it’s like to see into the dark
.

Which I guess was why I was damn fool enough to listen to some nut who called after hours looking for help, instead of putting the phone down, unplugging it from the wall, and climbing into bed. Maybe I should just get the word
sucker
tattooed on my forehead.

Where
had
I put those car keys?

No, I wasn’t late. I checked the clock on the dashboard. Not yet midnight. And here to prove it, rattling alongside the road, was the last train, snaking round by the side of the black water and slowing as it came into Howth. As I parked my Jeep and climbed out, I saw passengers edging out from the station and dispersing like smoke, until they were only shadows and traces of laughter and then less than that, and I thought: I shouldn’t have come, no.

I didn’t even know what he looked like, I reminded myself grimly.

That was a good start.

Where was it he’d said he’d be?

The lighthouse, that was it – and there it was, standing guard at the end of the harbour wall where the city gave way to the sea, blinking off, on, off.

It looked very far away, but looking at it wouldn’t make it come any closer.

I locked the car and began to make my way out towards it.

In a moment it seemed I’d left Howth behind, and all I could hear was the night tide slapping against the stone and the boats in the harbour knocking together like dull bells.

That, and the flat echo of my own footsteps in the dark that made me think once or twice that someone was following me, though when I turned round there was nothing, no one else about at all, and the only other sign of life save me was some dog that came sniffing along the bollards lining the edge of the wall, strung with metal chains between, and looked at me hopefully for food before realising he was out of luck and running back towards the land.

By the time I reached the lighthouse, I was feeling unnerved. Out-of-the-way places like this always unsettled me, made me lose my bearings – the city was the only place I ever felt comfortable – and I was starting to wonder whether it hadn’t been a bad idea coming out here at all. Especially when I saw that Felix Berg wasn’t even at the red door of the lighthouse where he’d said he’d be. In fact, I was starting to wonder if I’d been taken for a fool.

It wouldn’t be the first time.

I yawned and checked my watch.

A quarter after midnight.

Put it down to experience.

I sat down on the step in front of the door and lit a cigar to keep myself company whilst I waited, and waited, and as I waited I attempted a few half-hearted smoke rings – though I’d never managed to get those right; they just died on me at birth – and pulled my jacket tighter round me to try and stay warm. The wind was turning chilly. It was April, I think I’d read on some calendar that morning. The start of spring. But winter still wouldn’t give up the ghost. It cut in off the sea, hunting, hungry, camouflaged in the wind.

Looking back, I could see the glow of isolated houses like fireflies scattered across Howth Head, and a castle rotten like a tooth against the sky, stars bursting behind. Overhead, planes from the east were banking as they made the final lowering approach into the airport a few miles further inland. Across the water somewhere metal struck metal.

I didn’t know if the five minutes were up, but I’d waited long enough.

I got to my feet and looked round one last time – and at that moment the beam of the lighthouse swept round again and I saw something at the end of the pier, where the stone dropped away to the deep water that stretched out to the lightless hump of an island beyond.

Or rather, I saw two somethings.

Intrigued, I tossed away the cigar and walked to the end of the pier.

The shoes were perched right on the edge of the stone, laid together neatly, laces folded back to fit inside – and there were other things there too.

Keys bunched on a keyring.

And – what was this?

I took another step forward and immediately felt something crack quietly, a second too late to save it, under my foot. I looked down at a glint like ice.

The ice was broken glass. Not like the glass of a bottle, but thin and fragile like a leaf, and there was a round frame where the glass had been. It was a pair of silver-rimmed spectacles.

Irritated with myself, I shook the glass from the bottom of my boot and took one more step forward, minding where I put my foot this time. I’d expected the wall to drop away sheer to the water, but I realised now that there were rocks below. Black rocks wound with seaweed that resisted the tugging of each wave, and scattered with empty bottles and beer cans and an oil drum and planks of wood.

And there was a final something down there.

Or what had been a man and was now only a body.

He lay face down, jacket twisted, trousers inky with wet, his feet bare, one arm trapped awkwardly beneath himself, the other outstretched and bent to fit the jagged shape of the rocks, his body almost as angular now as they were. And I remembered at once the caller’s last words to me on the phone:
You’re not the only one who’s seen into the dark. And sometimes the dark doesn’t like it. Sometimes the dark looks back
.

A Loving Scoundrel by Johanna Lindsey
My Everything by Julia Barrett
The Gamble by Joan Wolf
Beauty's Beasts by Tracy Cooper-Posey
The Crossing by Mandy Hager
Forgetting Jane by C.J. Warrant
The O’Hara Affair by Thompson, Kate
The Rocker Who Wants Me (The Rocker... Series) by Terri Anne Browning
The History of White People by Nell Irvin Painter
Wild Hearts (Blood & Judgment #1) by Eve Newton, Franca Storm
Our partner