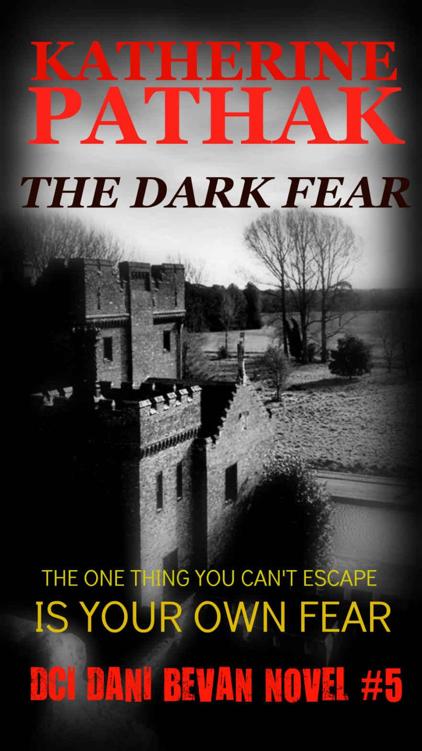 The Imogen and Hugh Croft Mysteries:

The Woman Who Vanished

Memorial for the Dead

The Ghost of Marchmont Hall

Against A Dark Sky

On A Dark Sea

All rights reserved. No part of this publication may be reproduced in any form or by any means - graphic, electronic, or mechanical, including photocopying, recording, taping or information storage and retrieval systems - without the prior permission in writing of the author and publishers.

Edited by: The Currie Revisionists, 2015

The
haar
is a cold sea fog. It occurs on the east coast of Scotland and northern England between April and September. It results when warm air passes over the cold North Sea. It is a common phenomenon along the Firth of Forth.

J
ames placed his hand on the uneven stone wall, allowing his palm to run across its bumpy surface. His thighs had become as heavy as lead with each step they took up the winding staircase.

Glancing behind, James noticed Charlie Underwood pausing for breath. His plump cheeks were rosy with the exertion of the climb. James lifted his vision upwards, determined to reach the top quickly. He wanted to get it over and done with.

The spiralling steps ended abruptly at a slender opening. James clambered out into the bright midday sunshine. The glare hurt his eyes. Within a few moments, the rest of the class were piling out onto the battlements to join him.

James looked around for Perkins and Dewar, the teachers in charge of the trip. He concluded they must still be taking up the rear of the group. Charlie was nowhere to be seen either. Perhaps Miss Perkins had to escort him back down again. He was always leaving his inhaler on the bus.

Despite his impatience, James moved forward to lean his weight against the parapet and absorb the view. The Isle of Skye was clearly visible across the tranquil waters of the Kyle of Lochalsh on this perfectly clear day.

The Kintail mountains enclosed the mighty castle on three sides. James could see the spit of land they’d driven across in the coach to reach the tiny islet upon which Dornie Castle stood. Now he was up here, the schoolboy had to concede it was worth the effort.

James dragged his vision away from the impressive view. He could make out the sounds of an argument taking place on the other side of the turret.

When James took in the scene, he realised it was less of an argument and more a case of Gerald Cormac giving wee Rory Burns a hard time. James could see the big and bulky Gerry ruffling Rory’s unruly mop of red hair, the boy’s face turning a matching colour as he tried to shift away from the larger lad’s grip.

The remainder of the class had shuffled over to watch, although as usual, no one was keen to interfere.

‘Did ye see that portrait in the main hall?’ The bigger lad announced to the crowd. ‘I reckon it was Rory’s ancestors who lived in this place. That lassie wi’ the hooked nose and frizzy red hair looked just like Burns’ mum.’ Gerry smiled broadly. He was clearly proud of his own astute observation; scanning every face amongst the group, hungry for recognition. A good number of the boys dutifully laughed.

James sighed. He was sick to death of Cormac’s tedious desire to dominate the weaker lads. He didn’t like to think of himself as a snob, but Gerry wasn’t really Scott Academy material. He’d heard on the grapevine that the boy had been kicked out of every other school in Edinburgh; state and private. This was his last chance to make a go of things. It was a shame. The old saying was true; it only took one bad apple to spoil the bunch.

When he glanced back at the pair, James was surprised to see that Rory was puffing himself up. He pushed out his bony chest as far as it would go and tipped his face towards the sky, so that his eyes were at least level with Gerry’s pimply chin.

‘I suppose that makes my family better than yours, then?’

Cormac blinked ferociously, apparently amazed that the little pip squeak before him was daring to answer back. ‘What did you say?’

James instinctively glanced about him for a member of staff. He could hear some voices drifting up from the stairwell, but there were no adults on the top of the tower with them. As a cloud drifted across the sun and the breeze picked up, James felt himself shiver.

‘I just meant that my family must have been very important and powerful to have owned this castle, like you said.’ Rory’s voice sounded nervously high and tinny, but there was the slightest hint of a smirk on his freckled face. ‘What would
your
mum have been doing back then, I wonder? From what I’ve heard, she’d be shovelling horseshit and giving blow jobs to soldiers for a couple of pennies a piece.’

At first, there was absolute silence. Gerry was stunned. He’d hardly heard Rory speak before, let alone utter a statement like this. Then the silence was broken when somebody snorted back a laugh.               Soon, some of the other boys had joined in with the joke, chuckling and nudging one another. James felt the urge to giggle himself. He couldn’t believe those crude words had been articulated by Rory Burns. The boy would barely have said boo to a goose at school. The whole situation was inherently comical.

Gerry Cormac obviously didn’t think so. He took a step towards Rory, who stood his ground. ‘You’d better take that back, you scrawny little shite.’

Rory’s thin frame was visibly shaking, but his face displayed a strange determination. As if being high up on this tower, at the top of the world, with the rolling landscape stretched out beneath them had given the boy confidence.

Perhaps it had placed Gerry Cormac and his infantile bullying into a wider context. Whatever the reason, Rory wasn’t backing down.

‘I hear that you Cormacs are all the same. Your sister’s a whore too.’

This comment was met with gales of laughter. Rory’s clipped, slightly squeaky delivery was comic gold to James’ classmates.

Sensing his authority slipping away, Gerry acted swiftly. He lunged forward with all his weight, reaching out with his large hands to grab Rory by the shoulders.

The smaller boy was expecting the move. He ducked down at the last moment. Gerry found himself clutching at thin air, falling towards the battlements, his feet tripping over Rory’s crouched form.

Gerry just about managed to hook an arm around the stone parapet, but the momentum generated by the toppling weight of his considerable bulk had put him completely off balance.

James recalled it happening in an instant. One minute he was there with them on the tall tower and the next he was not. Gerry didn’t even make a sound as he lost his tenuous grip on the smooth stonework, and fell.

No one moved a muscle for several seconds. Slowly, a handful of the boys shifted across and peered over the edge, James included.

For a few years afterwards, he wished he hadn’t. Plenty of the other lads possessed the foresight not to. He wasn’t sure why he did. He’d never been a ghoul.

There wasn’t even another structure connected to this side of the tower. Gerry’s body was so far beneath them that they could barely make him out. All James could tell was that the body was contorted into a shape that wasn’t in any way natural.

Two figures were running across the grass towards the body from a distance. They must have seen him fall.

James pulled himself back from the edge, only to feel a hand tugging at his trouser leg. He glanced downwards. It was Rory, cowering by his feet.

‘What happened?’ He muttered, shaking and rocking as he did so.

James helped him up. ‘Gerry lost his footing. There’s no way he could have survived that drop.’

Rory’s face was a blank. James couldn’t tell whether the information had sunk in.

They all glanced towards the narrow entrance of the stairwell, as Miss Perkins and Mr Dewar finally emerged; pink-cheeked, slightly out of breath, but nonetheless cheerful.

‘Now then,’ Dewar announced, reclaiming his authority over the group. ‘Gather round, boys. I’m going to tell you a little about the history of the west tower.’

It took the man several minutes to actually realise there was anything wrong.

D
CI Bevan noted that her superior officer was looking suddenly older. DCS Nicholson’s greying hair had thinned away to almost nothing, revealing a shiny pate, blotchy with age spots. She wondered how much longer he would continue in the job. Dani knew his wife had already retired and was keen for her husband to do the same.

‘It will only take a week, a fortnight at the most. I’ve recommended you very highly to the disciplinary board who is handling the case. They need someone thorough and professional. I didn’t hesitate to put your name forward.’

‘This secondment will also give you a sense of what it’s like at City and Borders. See if that promotion would suit you.’ Nicholson crinkled his mouth into a tight smile.

Dani sighed. ‘I don’t think I could leave my team on any permanent basis. Not after what happened to DC Hendry. Morale is at an all-time low. If I abandon Pitt Street now, I’ll always view it as a failure.’

Nicholson relaxed back into his seat. ‘These are the burdens of leadership, Danielle. The Fiscal didn’t find any fault with your investigation or in the actions of any individuals in your department. You need to stop holding yourself to a higher account than that of Police Scotland.’

Dani nodded, hearing the man’s words but not truly accepting them.

The DCS shuffled some papers on the desk in front of him. ‘Now, there’s just one more matter before you leave for Edinburgh. I’ve had applications from both DCs Mann and Clifton for the Sergeants’ programme. I need your recommendation to proceed. I’m happy to sign off on the two of them.’

Dani furrowed her brow. ‘Did Calder not apply this time?’

Nicholson’s expression revealed a flicker of irritation. ‘DC Calder is still seeing the station therapist after his harrowing ordeal last month. I wouldn’t have considered him ready, even if he’d put his name forward.’

The DCS couldn’t really understand Bevan’s loyalty to Andy Calder. He considered it her professional Achilles’ heel. He sincerely hoped that sentimentality wouldn’t prevent his best officer from advancing through the ranks.

In Every Way by Nic Brown
Winter of the Passion Flower (The de Vargas Family) by Seaton, Annie
The Angel and the Highlander by Fletcher, Donna
Morgan’s Run by Mccullough, Colleen
The Pirate Organization: Lessons From the Fringes of Capitalism by Rodolphe Durand, Jean-Philippe Vergne
Model Guy by Brooke, Simon
Micah's Mate (Dark Sky) by Leahy, Beverly
CHERUB: Maximum Security by Robert Muchamore
The Broken (The Lost Words: Volume 2) by Igor Ljubuncic
Breath of Dawn, The by Heitzmann, Kristen
Our partner