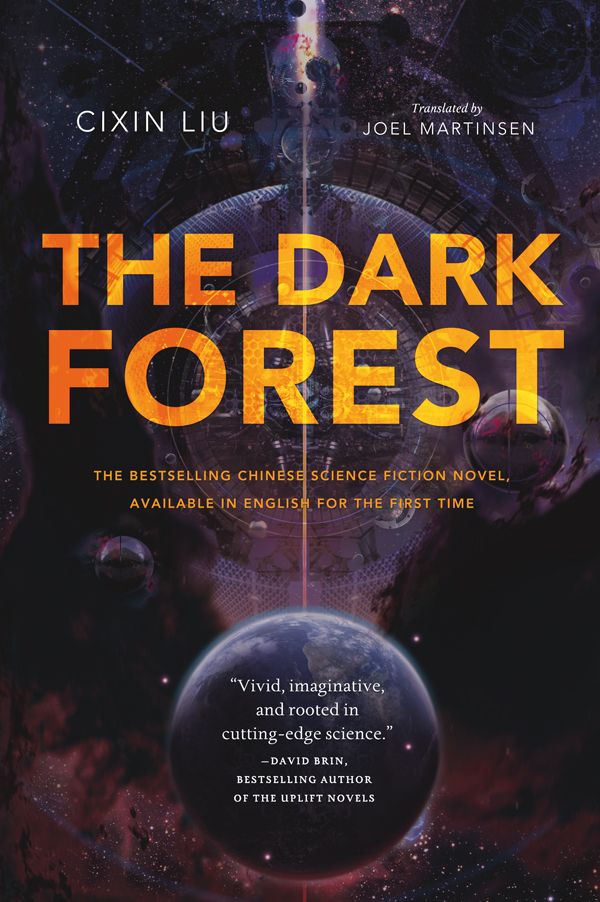 Kent    Liaison to the PDC

Zhuang Yan    Graduate of the Central Academy of Fine Arts

The brown ant had already forgotten its home. To the twilight Earth and the stars that were just coming out, the span of time may have been negligible, but, for the ant, it was eons. In days now forgotten, its world had been overturned. Soil had taken flight, leaving a broad and deep chasm, and then soil had come crashing down to fill it back in. At one end of the disturbed earth stood a lone black formation. Such things happened frequently throughout this vast domain, the soil flying away and returning, chasms opening up and being filled, and rock formations appearing like visible markers of each catastrophic change. Under the setting sun, the ant and hundreds of its brethren had carried off the surviving queen to establish a new empire. Its return visit was only a chance passing while searching for food.

The ant arrived at the foot of the formation, sensing its indomitable presence with its feelers. Noting that the surface was hard and slippery, yet still climbable, up it went, with no purpose in mind but the random turbulence of its simple neural network. Turbulence was everywhere, within every blade of grass, every drop of dew on a leaf, every cloud in the sky, and every star beyond. The turbulence was purposeless, but in huge quantities of purposeless turbulence, purpose took shape.

The ant sensed vibrations in the ground and knew from how they intensified that another giant presence was approaching from somewhere on the ground. Paying it no mind, the ant continued its climb up the formation. At the right angle where the foot of the formation met the ground, there was a spider web. This, the ant knew. It carefully detoured around the sticky hanging strands, passing by the spider lying in wait, its legs extended to feel for vibrations in the threads. Each knew of the other’s presence but—as it had been for eons—there was no communication.

The vibrations crescendoed and then stopped. The giant being had reached the formation. It was far taller than the ant and blotted out most of the sky. The ant was not unfamiliar with beings of this sort. It knew that they were alive, that they frequently appeared in this region, and that their appearances were closely related to the swiftly disappearing chasms and multiplying formations.

The ant continued its climb, knowing that the beings were not a threat, with a few exceptions. Down below, the spider encountered one such exception when the being, which had evidently noticed its web reaching between the formation and the ground, whisked away the spider and web with the stems of a bundle of flowers it held in one limb, causing them to land broken in a pile of weeds. Then the being gently placed the flowers in front of the formation.

Then another vibration, weak but intensifying, told the ant that a second living being of the same sort was moving toward the formation. At the same time, the ant encountered a long trough, a depression in the surface of the formation with a rougher texture and different color: off-white. It followed the trough, for its roughness made for a far easier climb. At each end was a short, thinner trough: a horizontal base from which the main trough rose, and an upper trough that extended at an angle. By the time the ant climbed back out onto the slick black surface, it had gained an overall impression of the shape of the troughs: “1.”

Then the height of the being in front of formation was cut in half, so it was roughly even with the formation. Evidently it had dropped to its knees, revealing a patch of dim blue sky where the stars had begun to come out behind it. The being’s eyes gazed at the top of the formation, causing the ant to hesitate momentarily while deciding whether it ought to intrude into his line of sight. Instead, it changed direction and started crawling parallel with the ground, quickly reaching another trough and lingering in its rough depression as it savored the pleasant sensation of the crawl. The color was reminiscent of the eggs that surrounded its queen. With no hesitation, the ant followed the trough downward, and after a while, the layout become more complicated, a curve extended beneath a complete circle. It reminded the ant of the process of searching out scent information and eventually stumbling across the way home. A pattern was established in its neural network: “9.”

Then the being kneeling before the formation made a sound, a series of sounds that far exceeded the ant’s capacity to comprehend: “It’s a wonder to be alive. If you don’t understand that, how can you search for anything deeper?”

The being made a sound like a gust of wind blowing across the grass—a sigh—and then stood up.

The ant continued to crawl parallel to the ground and entered a third trough, one that was nearly vertical until it turned, like this: “7.” The ant didn’t like this shape. A sharp, sudden turn usually meant danger or battle.

The first being’s voice had obscured the vibrations, so it was only now that the ant realized that the second being had reached the formation. Shorter and frailer, the second being had white hair that stood out against the dark blue background of the sky, bobbing silver in the wind, connected somehow to the increasing number of stars.

The first being stood up to welcome her. “Dr. Ye, is it?”

“Luo Ji. I went to high school with Yang Dong. Why are you … here?”

“It’s a nice place, and easy to get to by bus. Lately, I’ve been coming here to take walks fairly often.”

Down on the formation, the ant wanted to turn toward the sky, but then discovered another trough ahead of it, identical to the “9”-shaped trough it had crawled through before the “7.” So it continued horizontally through the “9,” which it found better than both the “7” and the “1.” although it could not say exactly why. Its aesthetic sense was primitive and single-celled. The indistinct pleasure it had felt upon crawling through the “9” intensified. A primitive, single-celled state of happiness. These two spiritual monocells, aesthetics and pleasure had never evolved. They had been the same a billion years ago, and would be the same a billion years hence.

“Xiao Luo, Dong Dong often spoke of you. She said you’re in … astronomy?”

“I used to be. I teach college sociology now. At your school, actually, although you had already retired when I got there.”

“She wasn’t kidding when she said you’re smart.”

“Just clever. Nothing like your daughter’s level. I just felt astronomy was an undrillable chunk of iron. Sociology is a plank of wood, and there’s bound to be someplace thin enough to punch through. It’s easier to get by.”

In the hope of reaching another “9,” the ant continued its horizontal advance, but the next thing it encountered was a perfectly straight horizontal like the first trough, except longer than the “1” and turned on its side. And no smaller troughs at the ends. A “–” shape.

“You shouldn’t put it like that. It’s a normal person’s life. Not everyone can be Dong Dong.”

“I really don’t have that kind of ambition. I drift.”

“I’ve got a suggestion. Why don’t you study cosmic sociology?”

“A name chosen at random. Suppose a vast number of civilizations are distributed throughout the universe, on the order of the number of detectable stars. Lots and lots of them. Those civilizations make up the body of a cosmic society. Cosmic sociology is the study of the nature of this supersociety.”

The ant had not crawled very much farther along the formation. It had hoped, after crawling out of the “–” depression, to find a pleasurable “9,” but instead it encountered a “2,” with a comfortable initial curve but a sharp turn at the end that was as fearsome as that of the “7.” The premonition of an uncertain future. The ant continued onward to the next trough, a closed shape: “0.” The path seemed like part of a “9,” but it was a trap. Life needed smoothness, but it also needed direction. One could not always be returning to the point of origin. This, the ant understood. Although there were still two more troughs up ahead, it had lost interest. It turned vertically again.