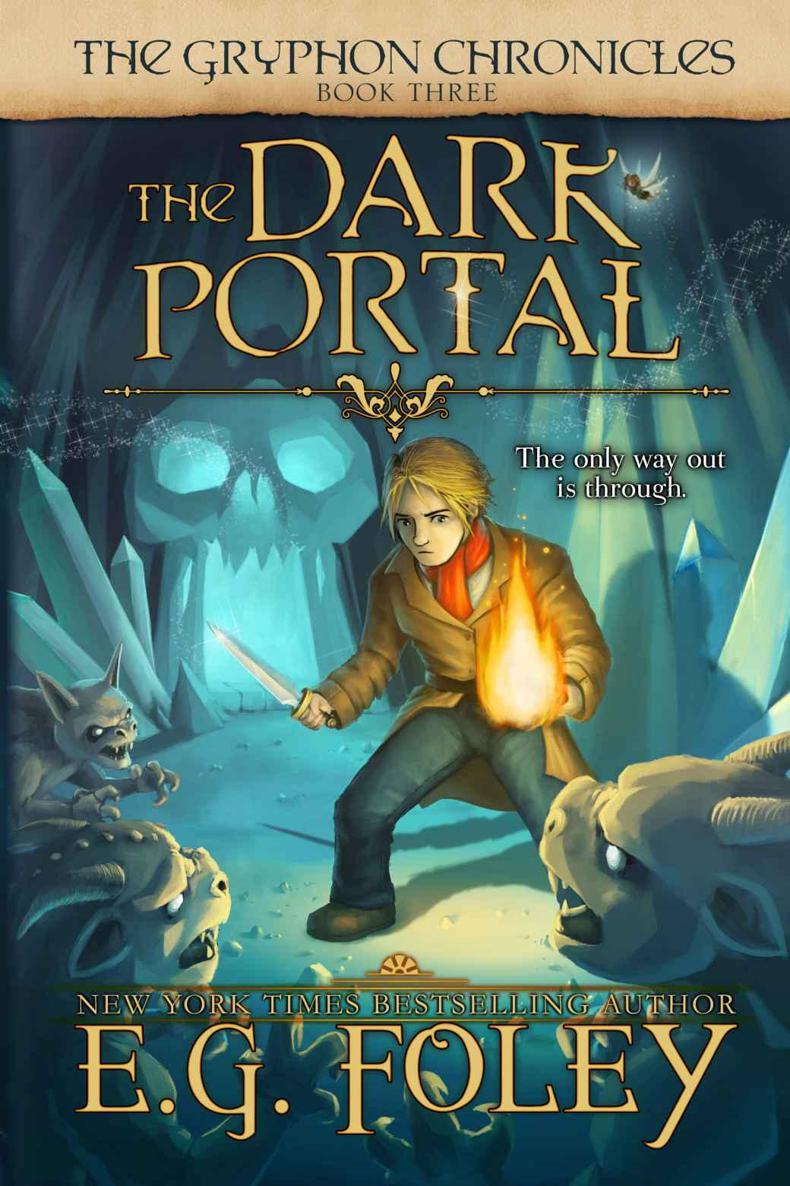 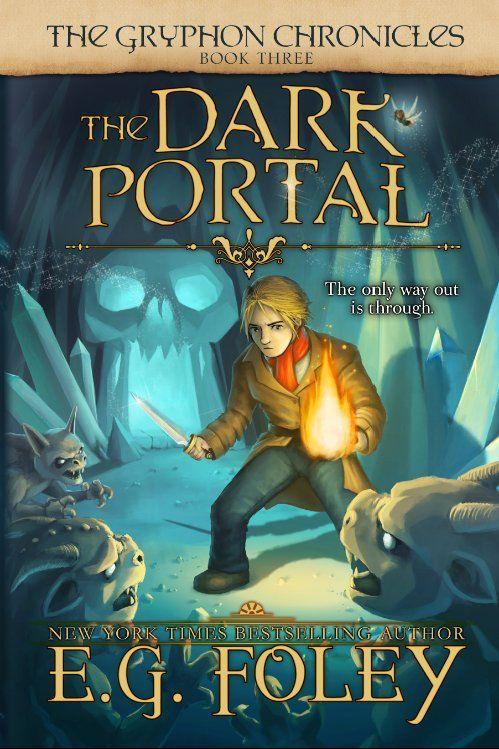 The United States of Ahhhh!-merica: 50 States of Fear 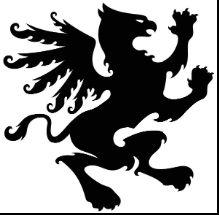 Chapter 2.
Master of the Mine

Chapter 3.
All That Glitters

Chapter 8.
A Visit to Town

Chapter 17.
Into the Dark

Chapter 18.
Monsters in the Mine

Chapter 25.
Keeper of the Unicorns

Chapter 27.
Light in a Dark Place

At the door of life by the gate of breath,

There are worse things waiting for men than death. 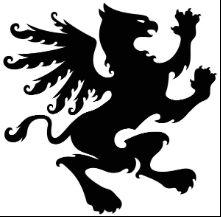 A
hundred and fifty feet underground in perfect darkness, a labyrinth of black, twisty tunnels snaked beneath the mountains of Wales. And in one such little-explored passage of the Harris Mine, a simple man called Barney had just discovered a curious phenomenon.

He angled his handheld wedge against a big, tough knuckle of coal and gave it a whack with hi
s hammer to show his fellow miners. “See what I mean? Got a funny sound just there, ain’t it?” He tapped again, harder. “Sounds…I dunno, hollow.”

The tip of the drill slowly pierced a thin hole in
to the rock face, where they would soon pour in the blasting powder. Cranking the drill was backbreaking labor, just like every other job in the coalmine and its sister company, the Harris Ironworks. But coal made the steam that forged the iron that ran the British Empire, which, in turn, ruled the world. And so these rough, rugged miners saw themselves as unsung heroes of a sort. To be sure, not a one of them was ever afraid of the dark.

Even when they should be.

At length, the skinny hole into the bedrock was drilled, the blasting powder carefully poured in.

Daredevil Collins volunteered to light it—always a danger
ous job. Cocky as ever, he held the squib carelessly between his teeth and lit it as if it were a cigar instead of a type of firecracker. Swiping it quickly out of his mouth, Collins shoved it into the hole the men had drilled.

As it burned its way toward the little pile of blasting powder, he scrambled after his crew, who had already scuttled out of range to wait for the explosion.

All four men held their ears and opened their mouths slightly, waiting for the shift in air pressure.

“Ha, ha!” The miners cheered out of habit at the blast. “That’ll teach her!” said Martin.

With pickaxes and hammers at the ready, the men crawled back to harvest the chunks of coal that had been knocked loose from the mountain’s grip by the explosion.

As they approached, the air was so thick with dust and smoke that it blackened their faces until all they could see of their mates was the whites of each other’s eyes. As the men pressed on, the tiny oil lanterns on their hats glowed like four lonely lighthouses in that thickest type of fog, known as a London Peculiar.

Martin whistled for Jones to bring the coal cart so they co
uld load up their fresh haul and carry it topside.

The more coal they brought
up to the surface each day, the more money they made for their families. Of course, their pay went right back to the Company through the rent on their houses, owned by the Harris Mine, or through the goods they bought at the Harris Company Store.

The Company, in short, was more powerful around here than Queen Victoria.

“Look!
” Barney suddenly burst out with a gasp. “I don’t believe it! I-I was right! It
was
hollow!” He pointed as the smoke cleared to a
hole
they had blasted in the underground wall.

It should not have been there.

Indeed, it was impossible. There shouldn’t be a hollow space left after their controlled blast, just an indentation exposing deeper layers of the earth’s solid bedrock holding up the mountain.

“Well, beggar me,” he murmured, marveling
at it.

Bending forward to shine his headlamp in, Barney peered through the hole that opened into a darkness ten times blacker than even the rest of the mine.
Then he waved his crewmates over. “Fellas, come and see!”

“What is it now?” Martin grumbled, coming up behind him.

“You got to see for yourself. There’s some kind of room in there!” Barney said in wonder, pointing.

But as the others crowded round, even stern
Mr. Martin had to admit that it was, indeed, an ancient-looking room with smooth, chiseled walls.

Smith squinted
into the midnight darkness beyond the hole. “What’s a room doing all the way down here?”

“How
should I know,” Martin said. An uneasy chill ran down his spine, for Wales was not just the land of coal and mist and unexpected spellings. It was also a place of legend. The sacred homeland of countless bards and sorcerers of old; the birthplace of Merlin himself, according to some; a land of ancient magic, mighty castles, and time-forgotten kings.

Collins had that daredevil gleam in his
eyes once again as he glanced around at the others. “Fancy a look, boys? C’mon, let’s go in!”

“I’m not
so sure that’s such a good idea,” Barney warned him, but coalminers as a rule were not afraid of much.

Even when they
really
should be.

“C’mon, leave it. We’ve got to cut our
support timbers to prop up that hole,” Martin said. “It ain’t stable.”

“Ah, j
ust for a moment.” With a laugh, Collins vaulted through the hole, and so was the first to see the ancient, heavy table in the center of the mysterious chamber and the chair…

With a skeleton sitting in it.

A skeleton decked in strange jewelry and wearing the floppy hat and moldy velvet robes of a Renaissance-era scholar.

Collins stopp
ed in his tracks when he saw it and pointed, aghast. “Bones!”

Barney, who was following right behind him, ran into Collins’s back on account of not watching where he was going.
He was too busy staring all around at the strange subterranean chamber, his eyes wide.

The rest followed, and when they all saw the skeleton, they let out
exclamations of wonder and shock; the four big, fearless coalminers unconsciously started huddling together with a creeping, superstitious sense of doom.

For t
hey now realized that they had just disturbed the dead.

“This is no ordinary chamber, my lads,” Martin
said in a hushed voice, taking control of the situation, as their leader. He looked around at all the odd things inside the chamber, and the bones. “It’s a tomb.”

“But whose?” Smith murmured, while Barney just gulped.

“His,” Collins whispered, staring at the skeleton. “Whoever he is.”

The skull’s empty eyes stared right
back at them from the darkness, giving them no answers.

Sitting upright, as if
he had died right where he sat, whatever soul had once owned those bones had left this life surrounded by his books and papers.

This seemed odd to Barney
. “But surely not a tomb, Mr. Martin. I mean, folk ain’t usually buried at their desks, is they?”

“Well,
you do have a point there,” the crew chief admitted, growing ever more aware of some unseen evil lurking in this place.

“Maybe he died alone down ’
ere and nobody ever noticed,” Collins opined.

“Likely so,” Martin quickly agreed, but Smi
th shook his head and whispered, “Maybe he couldn’t get out.”

Somebody gulped in the inky darkness
.

“Wonder who he
was, poor bleeder.” As he ventured closer, his hat-lamp shone on the long-dead occupant of the crypt.

Strange jewelry hung around the scholar-skeleton’s neck, an intricate metalwork necklace with all sorts of arcane insignia.
They had no idea what all the strange little symbols meant.

A
chunky ring hung loosely off the skeleton’s bony finger. The thick band was probably made from locally mined gold, but none of the men recognized the unusual black rock in the center, though they unearthed gems and semi-precious stones in the Harris Mine nearly every day.

None of them could explain it, either, when the black stone took on a cloudy green glow.

“Why’s it doing that?” Smith asked.

“Probably oxidation,” Mr. Martin said sagely. As foreman, he was well aware that lots of the
minerals buried in the earth changed color when the air touched them. “Lord, it’s dank!” he added with a cough.

Air from the mine’s ventilation system had begun seeping into the chamber, which had apparently been sealed off for centuries.

The draft poured in, stirring the ancient cobwebs that hung off everything; a puff of breath in the dust, as if the room itself sucked in a deep, agonizing gasp for air.

Smith nodded at the walls around them. “Look at all the quartz.”

The weird spiritualist lady in town
, Madam Sylvia, who claimed to be a medium, sold crystals, Barney thought. The sign on her shop window advertised such stones as having mystical properties. But she had nothing in her shop like these ones, big as railroad ties.

“
You know,” Collins said abruptly, “there could be something valuable down here. Maybe treasure.” He gave Smith a sudden, jolly punch in the arm. “We could be rich, man! Let’s have a look around.”

Martin harrumphed.
“Anything we find will belong to Mr. Harris and the Company,” he sternly reminded his crew.

“Ha! We’re the ones who risked our
necks for it,” Collins muttered. “Finders keepers. What they don’t know won’t hurt ’em. Everyone, spread out! Let’s see what we got down ’ere.”

Martin still grumbled, but couldn’t resist joining in their perusal of the chamber. The miners’ hat-lamps shone in all directions as they moved off to explore the strange, sealed room.

Collins poked a
round the skeleton’s desk with considerable caution, frowning at the grinning stone statue of a little gargoyle crouched atop a pile of old books.

Martin went
reluctantly to look on the shelves that edged the chamber. These were piled with parchments, drawings, and designs. Haphazardly strewn along the shelves, also, were odd weapons; ancient instruments of science; vials and bottles of potions that had long since dried up. And a crooked stick that Martin feared looked very much like a wand. He got a chill down his spine and started sweating.

Barney, meanwhile, stared down at the strange shapes carved into the
stone floor. Astrological signs, alchemy symbols or something.

Then he gazed apprehensively at the
large gargoyle statues that posed in all four corners of the room. Silent stone guardians, they resembled a hideous mix of apes, frogs, lizards, and hideous, giant bulldogs with horns and tails. Their fanged, ugly faces were frozen in mid-snarl. He grimaced and backed away.
Horrible beasties.

The oxidation Martin had mentioned must be the reason that
some of the gray stone the gargoyles were carved from had started flaking off their muscular bodies.

Indeed, when he glanced over at the desk, he saw th
at the oxidation was making the skeleton’s ring glow ever brighter. The strange stone on the ring was turning a ghastly shade of malevolent green.

Murder on the Disoriented Express by Emily Lloyd-Jones
Dead and Buried by Barbara Hambly
Talk Turkey by Bru Baker
Leadership and Crisis by Bobby Jindal
Give Yourself Away by Barbara Elsborg
What Mr. Mattero Did by Priscilla Cummings
Wolf in his Heart (Salvation Pack) by N.J. Walters
The Impostor by Lang, Lily
Dirty Work by Larry Brown
The Lady Has Needs by Imari Jade
Our partner