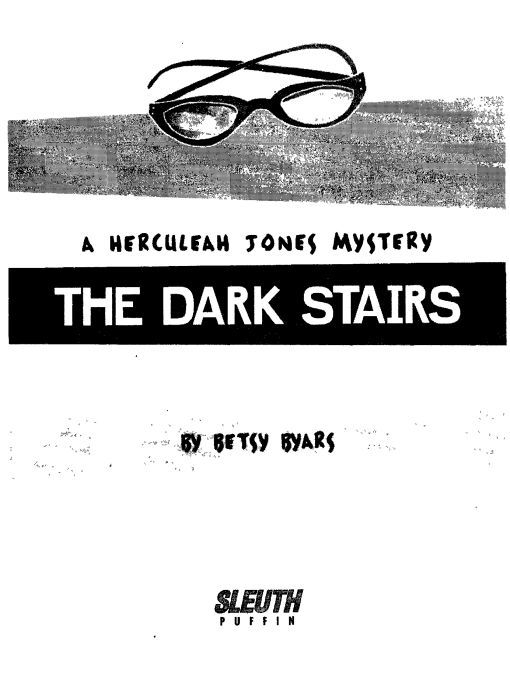 Table of Contents
Title Page
Copyright Page
Â
Chapter 1 - DEAD OAKS
Chapter 2 - A BOY NAMED MEAT
Chapter 3 - THE MAN IN BLACK
Chapter 4 - THE UNSPEAKABLE MONSTROID
Chapter 5 - M FOR MURDER
Chapter 6 - HUSH MONEY
Chapter 7 - BEHIND DEAD OAKS
Chapter 8 - SOMEONE AT THE GATE
Chapter 9 - FOOTSTEPS
Chapter 10 - THE MAN WHO WAS NOT A DREAM
Chapter 11 - HERCULEAH IN THE DARK
Chapter 12 - ABOUT DEAD OAKS
Chapter 13 - OLD MAN CREWELL
Chapter 14 - A FACE IN THE CROWD
Chapter 15 - TAPED
Chapter 16 - THE MISSING BODY
Chapter 11 - A TERRIBLE CURIOSITY
Chapter 18 - THE KEY TO DEAD OAKS
Chapter 19 - MEAT ON THE MOVE
Chapter 20 - BLACK WINGS AT THE WINDOW
Chapter 21 - SOMEBODY'S UPSTAIRS
Chapter 22 - THE DARK STAIRS
Chapter 23 - THE INVESTIGATION
Chapter 24 - HERCULEAH VS THE HYDRA
Â
Teaser chapter
THE DARK STAIRS
The Moloch did not come back to where she crouched in fear. Instead, he moved over to the workbench. He stood there, and then, as if he were familiar with the table, he opened a drawer, and took something from it. Herculeah longed to stand up so she could see, but she remembered the burning look of the Moloch's eyes in her living room, the fear she had felt at his terrible smile. She stayed where she was.
Her heart had started beating so loud, it pounded in her ears.
Apparently, the Moloch had found what he needed. Herculeah heard him move toward the door. She heard him take a step outside....
Then Herculeah froze.
For she heard something that turned her blood cold. She heard the sound of hammering.
The Moloch was nailing the door shut. And she was trapped inside. 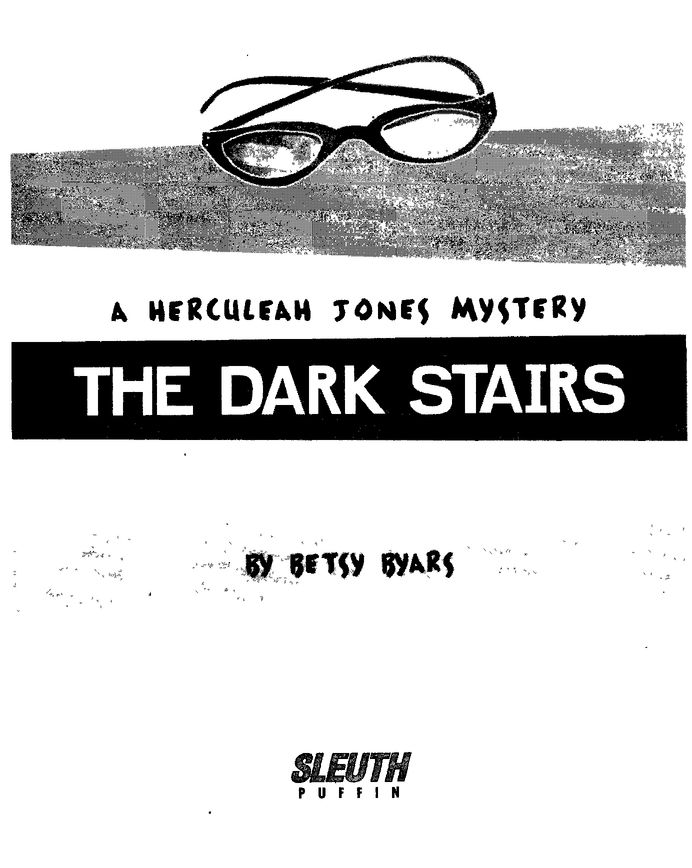 1
DEAD OAKS
Friday the thirteenth came early that year, in January, making it even more unlucky. Later Herculeah would remember, that was the day it all started. If she had been a superstitious person she would have thought there was a connection between that and the terrible events that followed.
But on that Friday Herculeah was buying a pair of binoculars. “I'm going to take these to the window and try them out, all right?” she said to the clerk.
She crossed to the plate-glass window and lifted the binoculars to her face. Her dangle earrings brushed against her cheeks as she leaned forward and focused on a rundown house across the street.
“What's my dad doing there?”
“Where?” said the clerk.
“He's at that old house across the street. At Dead Oaks.”
“So?”
“So my father's a police detective. There must be something wrong.”
She adjusted the binoculars again. As usual her father had on a rumpled jacket and a loose tie. He looked, not like a detective, but like a man who was lost.
“I wish they'd tear that old house down,” the clerk said, “it's scary. I'd love to see a nice mini-mall over there.”
“I've got to check this out,” Herculeah handed the binoculars to the clerk. “Don't sell these. I'll be right back. And don't sell those granny glasses either.”
Herculeah rushed out the door. “Dad!” she called. Her father pulled the iron gate shut, chained and pad-locked it. He waited as she crossed the street.
“So what's wrong?” Herculeah asked.
“You tell me.”
“I mean what are you doing here. What happened?”
“Nothing major.”
“But what? I've always been interested in this old house.”
“You're interested in everything.”
“What do you expect with a cop and a private eye for parents?” She grinned.
Her father shook his head as if the combination was too much for him.
“So what is the minor thing that brought you here?” she persisted.
“Oh, some of the neighbors saw a prowler. I was just checking it out.”
“And?”
“And I found no signs of forced entry. I found nothing to suggest foul play. Satisfied?”
“Of course not.”
Herculeah made a ponytail of her long hair and held it back with one hand. She looked beyond her father to the house.
The house was dark and foreboding. It had been named Twin Oaks for the huge trees that grew on either side of the walkway. The trees had been dead for years, and their stark black skeletons made people now call it Dead Oaks.
“Dad, you know how my hair always starts to frizzle when something's getting ready to happen?”
Her father's beeper sounded and he lifted his radio to listen. “Right,” he said.
“Because, Dad, my hair's frizzling right now. Look!” She released her hair and, caught by a breeze, it floated around her.
“I'm on my way,” her father said.
“This thing with my hair is automatic. It's like how animals fluff out their fur when they're in danger, so they look bigger and more threatening.”
Her father looked at her. “If you get any more threatening, you're going to fly away.”
“I'm serious.”
“I got to go.”
Herculeah watched her father get into the car. He said something to the driver and waved at Herculeah as they drove off.
Herculeah went back to the store.
“What'd you find out?”
“Nothing much. Some neighbors have reported seeing a prowler.”
“I could have reported that myself,” the clerk said. “I don't know why anyone would go over there. They say there's a dead body inside.” She straightened. “So, do you want the binoculars or the glasses?”
“The trouble is I want them both. I need the binocs because there are a lot of things in the distance that I need to seeâlike at stakeouts with my mom. But those glasses ... I tried them on, and the world disappeared in a kind of fog. It was great. I felt as if I were in aâI don't knowâa think cocoon. I felt I could write whole novels and paint masterpieces and puzzle out things that bother me.” She smiled. “Like what's going on over at Dead Oaks.” Herculeah held out the glasses. “You want to try them?”
The clerk shook her head. “If glasses could make me think better, I'd make a beeline for LensCrafters. I'll need two dollars to hold the glasses, and three for the binoculars.”
“There.” Herculeah brought out a crumpled five-dollar bill and ironed it flat on the counter. “I'll probably have the rest of the money by tomorrow.”
“That'll be fine.”
“I could even be back today before five if my mom gets home.”
Herculeah started for the door. The shop bell rang as she stepped outside. She paused for a moment, looking at the house across the street.
Built of sandstone, now darkened by moss and years, the house in a certain angle of sunlight still looked grand. But in the shadows of late afternoon, with the dead trees, it was forbidding. She remembered the clerk's words: “They say there's a dead body inside.”
She felt a chill that had nothing to do with the weather, and wrapped her jacket around her.
2
A BOY NAMED MEAT
Herculeah turned the corner. She had lived on this street all her life, but now the street was beginning to go commercial. People were opening businesses in their homes.
Herculeah's mother had been the first, with her private investigator business. The small tasteful sign had gone up one night:
Mim R. Jones
Private Investigator