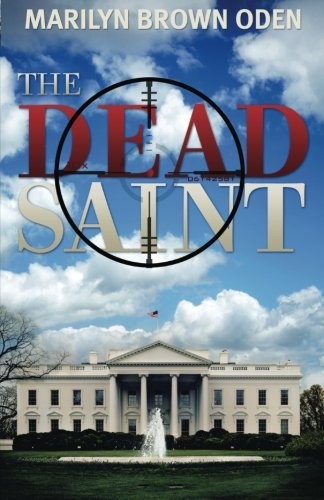 Other Books by Marilyn Brown Oden

Hospitality of the Heart

Through the East Window

Prayers and Promises for Living with Loss

Land of Sickles and Crosses

The United Methodist Initiative in the C.I.S.

The Courage to Care

The Woman of Faith in Action

Thoughts on Cultivating a Good Heart

At Home with God

Family Devotions for the School Year

No part of this publication may be reproduced in any form,
stored in any retrieval system, posted on any website,
or transmitted in any form or by any means—digital,
electronic, scanning, photocopy, recording, or otherwise—without
written permission from the publisher, except for brief
quotations in printed reviews and articles.

The persons and events portrayed in this work of fiction
are the creations of the author, and any resemblance
to persons living or dead is purely coincidental.

Scripture quotations are taken from the New Revised Standard
Version of the Bible, copyright 1989, 1993. Division of Christian
Education of the National Council of the Churches of Christ in the
United States of America. Used by permission. All rights reserved.

who gave me wings

PART I
The Sniper

Everything begins in mysticism
and ends in politics.

At 10:17 on Wednesday morning, three minutes before a bullet whizzed through the French Quarter and severed her sheltered yesterdays from her sinister tomorrows, Bishop Lynn Peterson sat at her favorite outdoor table at Café du Monde. She was incognito behind sunglasses and dressed like a tourist in a teal knit shirt that matched her eyes, khaki walking shorts and sandals, with her black hair swooped up under a straw hat. She'd escaped her office to read over her lecture for the conference in Vienna. No phone calls. No "emergency" appointments. No interruptions. She smiled.

Lynn sipped
café au lait,
resisted the third
beignet
and listened to the calliope's happy tune drifting from a paddleboat on the river. Nearby a wannabe king of jazz improvised on soprano sax, playing the music like it should've been written. Feet tapped to the beat. She loved to sit here. Loved New Orleans. The city suited her.

She heard Bubba Broussard's laughter resound like a bass solo from half a block away. The six-five, 250-pound ProBowl linebacker for the New Orleans Saints ambled down Decatur Street, green polo shirt stretched over his biceps. Elias Darwish sauntered along beside him, the never-miss place kicker who hailed from Sarajevo and helped turn the "Aints" into the Saints. The two, built of rock-hard muscles and soft-touch hearts, often helped Lynn with benefits for kids in the Projects. Their friendship deepened while working together during the aftermath of Katrina. The Saints had also helped clean up after the BP oil spill. Elie and Bubba were heroes on and off the football field. Hurricane heroes abounded, but hoodlums stole the headlines. The renovated Superdome rose like a vivid symbol of hope: the Big Easy refused to become the Big Empty. The Saints had more at stake than winning now. They played for a city's soul. Katrina still spins in the shadows of our minds, thought Lynn, then we remember to forget.

Determined to remain incognito, she didn't go greet her friends. She felt secretive and didn't like the feeling. Another point for her lecture. She grabbed a napkin J. K. Rowling–style and scribbled quickly: Secrets make us sick. They do indeed, she thought, giving in to the third
beignet.

Lynn scanned the buildings that told stories from another era. Ferns and ivy draped the fancy ironwork on their second-story galleries. Sunlight bounced off the triple steeples of St. Louis Cathedral. Banana trees guarded the gates to Jackson Park. A clown twisted bright balloons into animal shapes. Strangers from all parts of the world meandered along in a friendly fashion. No one worried. No one hurried. Only the red-wigged mime stood still, a human sculpture standing on a box, backed by the iron fence around the park.

Two little boys tap-danced on the slate sidewalk, the soles of their sneakers rigged with metal. A tourist eating a praline slowed to watch. His black leather fanny pack protruded from his paunch and pecan bits dropped on the camera that dangled around his neck. A teenager hustled him. "Betcha a dollar I can tell where you got them shoes." The tourist swerved to avoid him and stepped in front of a blue surrey. The bored mule cocked his head, tilting the red and yellow flowers in his straw hat.

A red light stopped traffic. One taxi raced through it. The second squealed to a halt. People strolled across Decatur, confetti in motion. Bubba and Elie crossed with the crowd. Bubba's laugh resounded like a bass fiddle with a melody solo. Lynn smiled, enjoying his joy.

Elie lurched. Grabbed his chest. Dropped to the street.

Bubba looked down. A growl of agony ripped from his throat. A woman screamed, and the crowd panicked.

Lynn ran toward them. Bubba knelt beside his friend. "Someone call 911!" Lynn put her hand on his shoulder and turned on her cell phone.

The Saints kicker lay still and silent. A circle of blood widened on his white T-shirt.