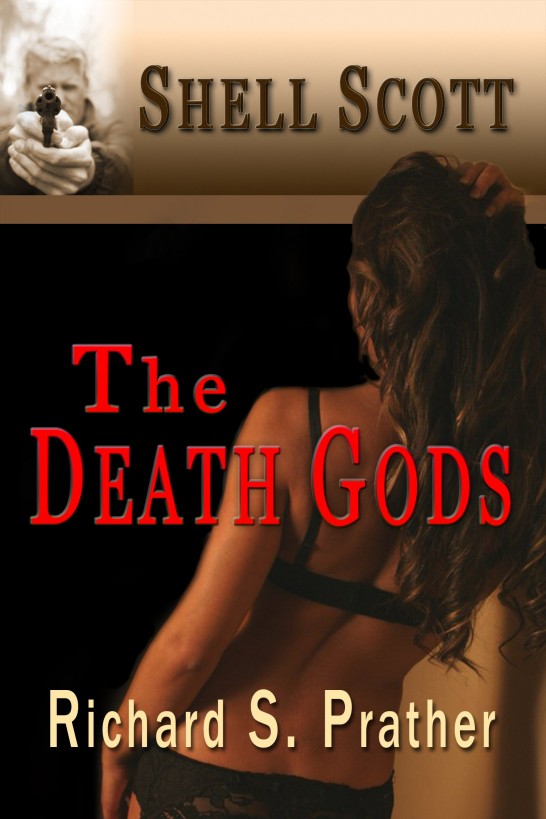 Case Of The Vanishing
Beauty

Everybody Had A
Gun

Way Of A Wanton

Have Gat, Will Travel –
Collection

Over Her Dear
Body

Double In Trouble (with
Stephen Marlowe)

Dance With The
Dead

Joker In The
Deck

This book is a work of
fiction. Names, characters, places, and incidents are either a
product of the author’s imagination or are used fictitiously, and
any resemblance to actual events or persons, living or dead, is
entirely coincidental.

All rights reserved. No
part of this book may be reproduced or transmitted in any form or
by electronic or mechanical means, including photocopying,
recording, or by any information storage and retrieval system,
without the written permission of the publisher, except where
permitted by law.

This ebook is licensed for
your personal enjoyment only. This ebook may not be re-sold or
given away to other people. If you would like to share this book
with another person, Please purchase an additional copy for each
recipient. If you’re reading this book and did not purchase it, or
it was not purchased for your use only, then please return to
Smashwords.com and purchase your own copy. Thank you for respecting
the hard work of this author.

For Richard S. Prather
(1921-2007), and dedicated to Richard’s first cousin, Mildred
Comstock, and to her daughter, Patricia Willis. I’m sure all three
are joyously dancing and partying together in heaven.

This book was Richard S.
Prather’s last book. He asked me to take charge of the manuscript
after his death and see if it was worthy of publication. I believe
it will be considered his “masterpiece,” in the clever way he used
his character, Shell Scott, to bring forth his own beliefs and deep
passion about a subject he held dear to his heart for many, many
years. He and his wife, Tina, might have been considered by some to
be homeopathic and alternative medicine nuts, but if they were,
they were well-educated and informed nuts about all avenues of
alternative medicine and the risks of allopathic medicine. Richard
devoted his life to research of alternative medicine, and the years
he spent writing this novel were well-worth it, as it is not only
entertaining, but informative, and may leave the reader pondering
and questioning medical care, much to Richard’s delight.

I also thank my dear
friend, the late Anne Boss for her hard work and dedication in
typing the manuscript from Richard’s original thousand pages of
manuscript—each handwritten page full of his notes and blue felt
pen edits. Anne loved the story as much as I, and more than once I
caught her crying over story events, especially when it came to the
inhumane treatment of animals. Anne also came to understood how
writers become very attached to their characters and how we go
through “post-partum depression” when the story has
ended.

This has been a joy to
work with Richard’s final book and his classic Shell Scott
character. I hope you enjoy the adventure.

“
Even I—and I am not a
doctor, and thus can’t know for sure about such things—understood
that civilization must be face-to-face with its greatest peril
ever, nothing less than the possible extinction of all life upon
the planet except maybe cockroaches.”

“Poison is in everything,
and no thing is without poison.

The dosage makes it either
a poison or a remedy.”

That’s what she said. But
it’s not what I heard, because she murmured those words in a
hormone-heated burning-velvet voice that could make “NO!” sound
like, “Yes, of course, darling.”

So naturally I said, still
smiling hugely, “What? Good what?”

But by then she had turned
into a door. Specifically, the just-closed door of room 626, Dane’s
room, in the luxurious Halcyon Hotel, a new thousand-room hostel
cloaked in lush and softly-illumined greenery, resplendent on the
edge of Beverly Hills. Yes, the Beverly Hills of millionaires and
billionaires, in Southern California, right next door to
Hollywood—where I live in the Spartan Apartment Hotel on North
Rossmore from whence I often occupy myself pursuing assorted
evildoers: grifters and swindlers, killers and con-men,
sophisticated crooks and slobbish hoodlums. Plus on occasion
beauteous lasses—like the lovely who had just murmured invitingly
in a voice hot enough to melt earwax, “Good night,
Shell.”

It was a really depressing
moment, a lot like how the Prince must feel when he turns back into
a frog. Because not only had there been that humongous kiss, or
KISS—which I’ll get to in a minute—but this lady was
transcendental, electric, almost glowing, bright and brainy enough
to do cube roots in her pretty head, gorgeous as a South Pacific
sunrise made entirely of naked angels, with the kind of
eye-bruising body I might have invented myself if I’d had eons to
get it just right.

We had been—and now, alas,
I was—dawdling in the thickly-carpeted hallway outside the door of
room 626, having apparently just come to the end of a splendid
October evening. An evening notable for icy-cold Martinis in the
hotel’s Sybaris Lounge, followed by butter-oozing crab legs for her
and red-rare prime ribs of beef au plenty jus for me in
the

Gourmet Room six floors
below. Below Dane’s room, into which I had fondly imagined I might
within seconds scoot with Dane Zanie, there to drink more Martinis,
and eat the cute olives, and talk and laugh and—perhaps,
perhaps—merrily explore a whole catalogue of sinful
fantasies.

Sure. So this was a lesson
for me, perhaps for everyone everywhere: Positive Thinking doesn’t
work. Even so, for a moment I wondered positively what Dane would
do if I kicked the goddamned door in. Wondered merely for a moment,
of course. Dumb things like that actually happen only on those
wonderful afternoon TV soaps like All My Frenzies. Not that I
couldn’t have done it efficiently. My feet are—and the rest of me
is—big enough: six-two, two hundred and six pounds, solid for the
most part. And, oddly, Dane had seemed interested, warm and
friendly, and with her boobs sticking way out. Maybe she’d taken
her first really close look at my slightly irregular features,
noting the twice-broken and once-realigned nose, the fine scar over
my right eye, the bullet-clipped bit missing from the top of my
left ear. Or perhaps what had turned her off was the inch-long
white hair leaping straight up into the air like those playfully
goosed teenagers in All My Frenzies. Maybe that springy hair
combined with the equally white up-angling and down-bending brows
over my gray eyes, all of that accented by the deep tan of my
chops, had made her think I was older than my thirty years. Or in
disguise. Or maybe she’d just had something better to do, like
sleep. On the other hand while Dane hadn’t actually invited me
inside, she had allowed me to kiss her good night. And how. Let me
tell you:

Most first kisses are
little more than the let’s-get-acquainted union of friendly lips,
often more like people merely shaking mouths instead of hands. But
this moments-ago-ended event had been a labial landmark in the
history of inventive osculation, an acetylene-torch fusion and
melting and imminent vaporizing of at least four lips and possibly
several other vital organs. I got the impression Dane kissed with
everything, and I’d liked it so much I could hardly wait for the
next bunch. But it appeared I would have to; so I turned and walked
along the hallway to the elevator, poked the button, stepped into
the cage when it appeared, and rode it down.

I had parked my car, a
year-old sky-blue Cadillac convertible, in the Halcyon’s lot about
five this afternoon. A clock in the spacious lobby told me it was
now a few minutes after nine p.m., and from the arched entrance to
the Sybaris Lounge on my left came the curious sounds of “The Sonic
Notes,” which, according to a six-foot-high photographic poster
outside the Lounge, was a five-member group of so-called “creative
instrumentalists.”

As I exited through the
wide entrance doors I was thinking that Dane and I had spent a
pleasant hour in the Sybaris Lounge earlier, before the
entertainment started, and it had been more entertaining without
the entertainment. I was also thinking that I really liked what I
knew of Dane, but I didn’t know much. Certainly not
enough.

Earlier today we had
bumped into each other—literally—at a place called the Omega
Medical Research Institute, where after a somewhat disjointed
conversational beginning she had overcome what must have been
severe misgivings and agreed to meet me later, here in the Sybaris
at the Halcyon.