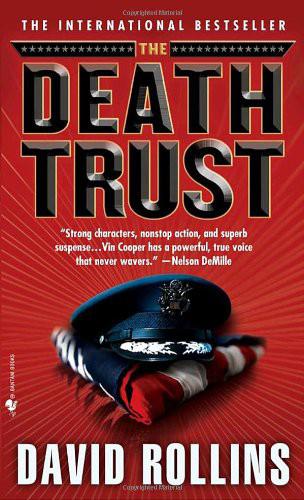 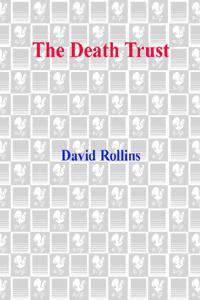 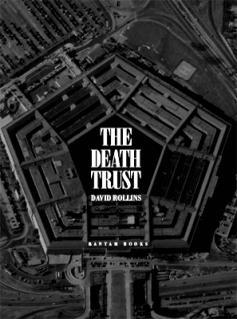 In the councils of government, we must guard against the acquisition of unwarranted influence, whether sought or unsought, by the military-industrial complex. The potential for the disastrous rise of misplaced power exists and will persist.

I would remind you that extremism in the defence of liberty is no vice. And let me remind you also that moderation in the pursuit of justice is no virtue.

The sleep of reason brings forth monsters.

The meek don’t want it.

C
orporal Dante P. Ambrose climbed into the front seat of the Humvee beside the driver, relieved to be out of the sun. His black skin glistened in places where the sweat from his pores had sluiced away the fine, light brown sand that coated everything in Iraq. A single river of sweat had cut a valley through the layers of grit down his forehead, like the Tigris through the desert.

Behind him, Sergeant Peyton Scott grunted as he tried to get comfortable in the rear seat. His shirt and pants had stuck to his skin, and the ceramic plate in his vest pushed up against his chin when he sat, limiting mobility. He felt trussed like a pig.
All I need is a goddamn apple in my mouth,
he thought. “How’s that coffee coming along?” he said.

“We ain’t having coffee. We’re having tea,” replied Corporal Ambrose.

“What kind of a faggot drink is tea?” said someone else.

Ambrose shrugged. “Don’t have it, then. I’ll drink it all myself.”

“Nothin’,” Ambrose replied. “But…they drink tea in India. Y’know, that country is damn hot, and they’ve had thousands of years of continuous civilization. What they learned is that tea keeps you cool, man. You know what I’m sayin’?”

“You been into those
Reader’s Digest
s again, ain’t choo?” said one of the men. “Learnin’ a bunch of useless shit.”

A voice in the back called out, “If they’s so goddamn smart, Corporal, how come they didn’t invent the A-bomb?”

“You think inventing the A-bomb was smart?” said another.

The driver weighed in. “Whatever, dey’s smart enough not to be in Eye-rak.”

“Comin’ right up, boss.” Ambrose picked up the tin pot from a bracket mounted behind the window and burned his fingertips. “Freakin’ motherfucker!” he hissed, putting his fingers in his mouth for a couple of seconds. Several of the men laughed. Ambrose swore again and then spat out the door to get rid of the grit deposited by his fingers. He was more careful with the pot the second time, gripping the rim with a piece of rag. The soldiers used the Humvee’s windshield to focus and intensify the sun’s heat, but it was hardly necessary. The air itself was hot enough to blister paint.

The sun that scorched Baghdad in May was a pitiless and implacable enemy, and the marine combat uniform—combat boots, webbing, flaks, and Kevlar helmet—was utterly defeated by it. And it’d get worse as the months rolled on. The only defense was to keep drinking water, keep swallowing salt pills, keep sweating, and keep swabbing antiseptic cream on the dry, chapped skin behind their testicles. The men grumbled and bitched about the conditions, as was a grunt’s right.

The rest of the men had by now squeezed into the Humvee and were tossing their cups into the front seat for Corporal Ambrose to fill. He poured out the heavily sugared brew and handed back the cups. The men threw it down quickly, scalding their tongues, swearing.

Alpha company hadn’t lost a man—not even a scratch—since their deployment to Iraq over a year ago. Not many units could say that. The United Nations force, to which the marine brigade was attached, was taking a pounding from the insurgents, but Alpha company had been careful. And they’d been lucky. So far. The patrol about to be concluded was not unlike so many others. Uneventful. They’d been given several blocks of poor residential area to scour, tasked to search for and confiscate weapons. None had been seized, but everyone knew the place was still awash with them—old AK-47s, pistols, rocket-propelled grenades, even MP-5s and American M16s—because, every time there was a wedding or a national soccer victory or a massive bomb blast somewhere, the guns came out and began banging away at the sky in support. The slugs always came back to earth and, when they did, they were every bit as lethal as aimed rounds fired from the shoulder. Baghdad was like an insane spaghetti western. Sergeant Scott called it “a couscous western on crack.”

“Okay, let’s head on back to the ranch,” said Scott. The driver didn’t need to be told twice, and he eased some boot pressure onto the accelerator pedal. The Humvee moved off, its tires crunching over a road surface littered with pulverized concrete, gravel, and bits of bomb casing, this having been the scene of a recent minor skirmish. Scott watched the road pass by through a hole in the door, one of many drilled by shrapnel fragments collected on previous patrols when the vehicle had been in use with another unit. The motion and the heat were vaguely hypnotizing, and Scott’s thoughts drifted to the prospect of a shower when they reached the relative safety of the compound. Occasional mortars and homemade rockets were routinely lobbed in over the walls, but they only rarely claimed lives. These were just something to put up with, something you were aware of, like the flies and the heat. But having a shower, letting the cool waters wash away the sweat and the grime and the goddamn sand, that was something to look forward to.

The four-vehicle convoy snaked through the tan dwellings so compressed together that the air itself seemed to have been squeezed from the narrow road. Scott heard Ambrose say, “What the fuck?” and the words snapped him out of the daydream. “Choo take a wrong turn, Specialist?” Ambrose asked the driver. The Humvee was forced to stop because the blackened carcass of a vehicle ahead blocked the way.

“No, Corporal. I’m just retracing our steps on the GPS, unless the fuckin’ gadget’s lyin’. This is the way we come in for sure.”

The lane was narrow and there was not enough room in which to turn around. The four Humvees reversed back down the street into an intersection and moved off in the one remaining direction available. Moments later, the marine patrol burst into the open space beside the wide gray river. Free from the shadows, the sun’s heat radiated off the walls of the buildings and into the cabin.

Corporal Ambrose looked past the driver, out his window, and scoped the Tigris beyond. It was nothing like the Mississippi that rolled majestically past his town back home, through lush green countryside. He was about to comment on this when the front of the vehicle suddenly imploded. In fact, the Humvee stopped as if KO’d by a massive punch. Steam and smoke billowed from under the buckled hood, while on the road a pool of oil spread rapidly beneath the engine like blood pumping from an arterial wound. The soldier behind the wheel began screaming when he realized his legs were smoldering and bleeding profusely, the alloy firewall being about as effective as tissue paper against shrapnel.

“Out. Get out. Clear the vehicle,” snapped Scott.

The men evacuated fast and headed for cover behind the crippled Humvee, half carrying, half dragging the wounded driver. What had knocked out their vehicle? Was it a land mine, or something else?