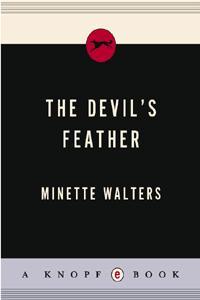 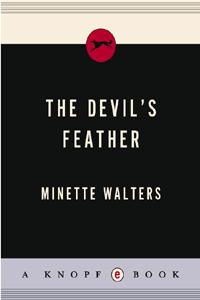 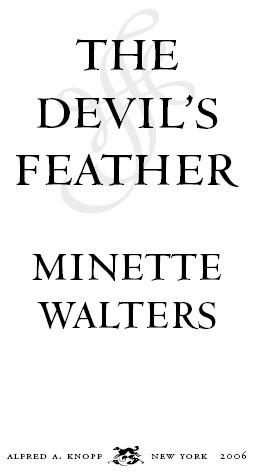 MADELEINE WRIGHT AND MARIANNE CURRAN MADE…

To Mick, Peggy and Liz
for all the good times we’ve had together

Devil’s feather
(derivation Turkish)—a woman who stirs a man’s interest without realizing it; the unwitting cause of sexual arousal

Madeleine Wright and Marianne Curran made donations to Leukaemia Research and the Free Tibet Campaign to have their names included in this book. I thank them for their generosity and hope their characters amuse them. 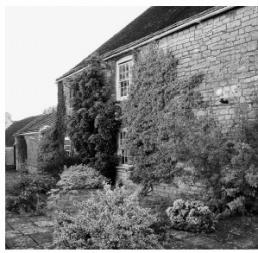 Four months after President Kabbah announced an end to Sierra Leone’s bloody civil war, a spate of brutal killings in Freetown threatens to undermine the fragile peace. Police blame former rebel soldiers for the savage murders. Attacked at intervals since peace was declared in January, the five victims were found raped and hacked to death in their own homes.

A government source said yesterday, “The killing of these women bears the trademark ferocity of the rebels. Sierra Leone has just emerged from a decade of savage conflict, and police believe a group of dissidents is responsible. We call on everyone to put an end to the bloodshed.”

Detective Inspector Alan Collins of Manchester CID, who is in Freetown as part of a British training force, points to the serial nature of the murders. “It’s difficult to say how many people are involved at this stage, but the evidence suggests the crimes are linked. We are looking for a disturbed individual, or group, who acquired a taste for killing during the war. Rape and murder were commonplace then, and violence against women doesn’t stop just because peace is declared.”

Three teenagers, formerly members of Foday Sankoh’s RUF child army, were charged yesterday with the murders of five women. They were arrested after the attempted abduction of Amie Jonah, 14. Ahmad Gberebana, 19, Johnny Bunumbu, 19, and Katema Momana, 18, were caught and detained by Miss Jonah’s family when the girl’s screams alerted a neighbour.

A police spokesman said the teenagers were badly beaten before being handed over to the authorities. “They caused great distress to Miss Jonah,” he said, “and her father and brothers were understandably angry.” Fear has been rampant in Freetown since the gruesome discoveries of five murdered women. All were raped and disfigured by machete wounds.

In two cases identification was impossible. “They may never be named,” said Detective Inspector Alan Collins of Manchester Police, who is advising the enquiry team. “The civil war saw nearly half of this country’s 4.5 million population displaced and we’ve no idea which region these women came from.”

He confirmed that a request for a British pathologist to provide expert assistance has been withdrawn. “I understand that Gberebana, Bunumbu and Momana have provided the police with full confessions. Investigators are satisfied they have the right men in custody.”

The three teenagers were given medical treatment before being transferred to Pademba Road prison to await trial. 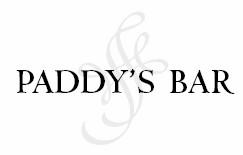 I
DON’T KNOW
if that story was picked up in the West. I believe some interest was shown in South Africa, but only because rape and murder had been high on that country’s agenda for some time. I was transferred to Asia shortly afterwards, so I never learnt the outcome of the trial. I assumed the teenagers were convicted because justice, like everything else in Sierra Leone, was subject to economic restrictions. Even if the court went to the expense of appointing a public defence lawyer, confessions of guilt, with graphic details of how each victim was murdered, would attract a summary sentence.

I know Alan Collins was troubled by the indictments, but there was little he could do about it when his request for an experienced pathologist was refused. He was in a difficult position—more an observer than an adviser—with less than two weeks of his assignment left at the time of Amie Jonah’s abduction, and the youths’ descriptions of their crimes effectively sealed their fate. Nevertheless, Alan remained sceptical.

“They were in no fit state to be questioned,” he told me. “Amie’s family had reduced them to pulp. They’d have said anything the police wanted them to say rather than face another beating.”

He was also troubled by the crime scenes. “I saw two of the bodies in situ,” he said, “and neither of them looked like a gang attack. Both women were huddled in the corners of the rooms with their heads and shoulders sliced to ribbons and defence wounds to their arms. It looked to me as if they were trying to protect themselves from a single individual who attacked from the front. A gang would have been slashing at them from all sides.”

“Very little. No one’s been interested since the youths confessed. I’ve written a report, pointing up the anomalies, but there are precious few doctors in Freetown, let alone forensic pathologists.” He smiled ruefully. “The thinking seems to be that they deserve what they get because there’s no doubt they were trying to abduct young Amie.”

“If you’re right, won’t the killer strike again? Won’t that exonerate the boys?”

“It depends who he is. If he’s a local, then probably…but if he’s one of the foreign contingent”—he shrugged—“I’m guessing he’ll export his activities elsewhere.”

It was that conversation which increased my suspicions of John Harwood. When he was first pointed out to me in Paddy’s Bar—Freetown’s equivalent of Stringfellows—I knew I’d seen him before. I wondered if it was in Kinshasa in 1998 when I was covering the civil war in the Congo. I recalled him being in uniform then—almost certainly as a mercenary because the British army wasn’t involved in that conflict—but I didn’t think he’d been calling himself John Harwood.

By the spring of 2002 in Sierra Leone he was dressed in civvies and had a bad reputation. I saw him in three fights while I was there, and heard about others, but he was never on the receiving end of the damage. He had the build of a terrier—middling height, lean muscular frame, strong neck and limbs—and a terrier’s ferocity once he had his teeth into someone. Most of the ex-pats gave him a wide berth, particularly when he was drinking.

At that time Freetown was full of foreigners. The UN was coordinating efforts to put the country back on its feet, and most of the ex-pats worked for the international press, NGOs, religious missions or world charities. A few, like Harwood, had private contracts. He was employed as chauffeur/bodyguard to a Lebanese businessman, who was rumoured to have interests in a diamond mine. Once in a while the pair of them vanished abroad with heavily armoured cases, so the rumours were probably true.