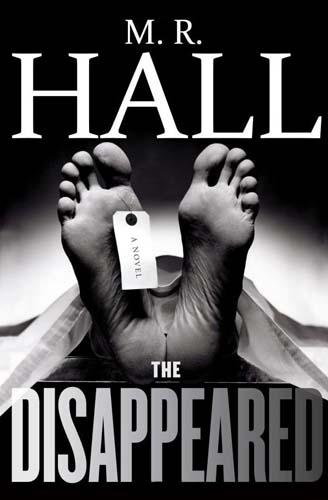 For Bob and Romayne

and many brave years

Veil
not thy mirror, sweet Amine,

Till
night shall also veil each star, Thou seest a twofold marvel there:

The
only face so fair as thine,

The
only eyes that, near or far,

Can
gaze on thine without despair
.

During
her six months as coroner for the Severn Vale District, Jenny Cooper had known
only a handful of corpses remain unidentified for more than a day or two. Jane
Doe, or JD0110, had been wrapped in her white plastic shroud in the
refrigerator at the Vale hospital's mortuary for a little over a week. Owing to
the large backlog of bodies awaiting postmortem, she remained unopened and
unexamined.

She
had been washed up on the English side of the Severn estuary at the mouth of
the Avon; sucked in with the tide and deposited naked on a mudbank a little
downstream from where the M5 motorway thundered across the river. She was
blonde, five feet eight inches tall, had no body hair and had been partially
eaten by gulls. There was little left of the soft tissue of her abdomen and
breasts, and in common with all corpses left open to the elements for any
length of time there were empty sockets where her eyes had once been. For the
purposes of identification Jenny had insisted that glass ones be fitted. An
unnatural blue, they gave her face a dumb, dolllike quality.

Alison
Trent, the coroner's officer, had arranged for a number of potential
identifiers to attend the mortuary late on a Friday afternoon, but at the last
minute she had been called to a supermarket depot, where the bodies of three
young African men had been discovered in a refrigerated trailer amongst a cargo
of beef carcasses imported from France. Rather than leave the families in
suspense, Jenny reluctantly left the office early to preside at the mortuary
herself.

It
was the final week of January; freezing sleet slanted from a gunmetal sky. It
was not yet four o'clock and daylight had all but bled away. Jenny arrived to
find a group of a dozen or so waiting in the unmanned reception area of the
mortuary building at the rear of the hospital. The antique radiators were
either not switched on or were broken. As the couples amongst them whispered to
one another their breath emerged in wispy clouds. Most were middle-aged parents
who wore expressions of dread masking deeper feelings of guilt and shame.
How
did it come to this?
their grim, lined faces seemed to say.

Since
there was no assistant available to help conduct the viewings, Jenny was forced
to address the group in the manner of a schoolteacher, instructing them to take
it in turns to pass through the slap doors and along the corridor to the
refrigerator at the far end. She warned them that the body might not be
instantly recognizable and provided the details of a private laboratory which
would take their DNA samples and compare them with that of the Jane Doe: it
entailed a modest expense but not one her meagre budget would extend to. They
dutifully noted down the company's email address and phone number, but one of
them, Jenny noticed, did not. Nor did he enter his details onto the list of
those wishing to be informed in the event that other unidentified bodies
surfaced. Instead, the tall, lean man, somewhere in his mid-fifties, stood away
from the huddle, his slender, sun-weathered face expressionless, his only sign
of anxiety the occasional raising of his hand to smooth his short black hair
streaked with grey. Jenny noticed his arresting green eyes and hoped he wasn't
the one whose tears would spill onto the tiled floor.

There
were always tears.

The
building was arranged to maximize the visitors' trauma. Their twenty-yard
journey through the mortuary required them to pass an extended row of gurneys,
each bearing a corpse wrapped in an envelope of shiny white polythene. The
stale air was heavy with the smell of decay, disinfectant and an illicit hint
of cigarette smoke. One after another, three separate couples made the walk
along the corridor and steeled themselves to look down on the bare head and
shoulders of the Jane Doe, her skin now starting to yellow and take on a papery
texture. And one after another they shook their heads, their expressions of
relief mixed with uncertainty and the fear of similar ordeals to follow.

The
man with green eyes did not carry himself like the others. His footsteps
approached briskly, his manner was abrupt and businesslike, yet somehow seemed
to cover a sadness or uncertainty that Jenny read as regret. Without flinching,
he looked down at the Jane Doe's face, studied her for a moment, then shook his
head decisively. Curious, Jenny asked him who he was looking for. In a cultured
transatlantic accent he explained briefly that his stepdaughter had been
travelling in the UK and had failed to make contact for several weeks. Her last
email was sent from an internet cafe in Bristol. The police had told him about
the body. Before Jenny could find a pretext to extend the conversation, he
turned and left as quickly as he had come.

Mr
and Mrs Crosby arrived after the main group. He was in his late fifties and
dressed in the business suit that befitted a high-level professional or
businessman; she was several years younger and had the well-preserved features
and softer manner of a woman who had not been ground down by life in the
workplace. With them came a young man in his late twenties, also dressed
formally in a suit and tie. Mr Crosby introduced him stiffly as Michael
Stevens, his daughter's boyfriend. The term seemed to embarrass him: a father
not yet ready to surrender the affections of his grown-up daughter. Jenny
offered a sympathetic smile and watched them gaze down at the body, take in the
contours of the staring, lifeless face, exchange glances and shake their heads.

'No,
it's not Anna Rose,' Mrs Crosby said with a trace of doubt. 'Her hair isn't
that long.'

The
statement seemed to satisfy her husband, but the young man was stealing another
glance, wise enough to know, Jenny could tell, that the dead can look
deceptively different from the living.

'The
eyes are glass,' she said, 'so the colour could be different. There are no
distinguishing marks and the body was completely depilated.'

'She
has no body hair,' his wife explained.

He
gave a dismissive grunt.

'It's
not her,' Michael Stevens said finally. 'No, it's definitely not her.'

'If
you're at all unsure I'd advise you to take a DNA test,' Jenny said to the
parents.

'We
adopted Anna Rose,' Mrs Crosby said, 'but I expect we can find something of
hers. A hairbrush would do, wouldn't it?'

'A
hair sample would be fine.'

Mr
Crosby offered a terse thank you and placed a hand in the small of his wife's
back, but as he made to lead her away she turned to Jenny.

'Anna
Rose has been missing for ten days. She's a physics graduate - she works at
Maybury with Mike. She didn't have any problems, she seemed perfectly happy
with life.' Mrs

Crosby
paused briefly to collect herself. 'Do you ever come across that?'

Mr
Crosby, embarrassed at his wife's naivety, lowered his eyes to the floor. Mike
Stevens glanced uncertainly between his missing girlfriend's parents. There was
alarm in his eyes. He was out of his depth.

'No.
Not often,' Jenny said. 'In my experience, suicide - if that is what's in your
mind - is invariably preceded by depression. If you were close to the person, I
think you would know.'

Her
husband steered her away.

Mike
Stevens glanced briefly at Jenny in such a way that she assumed he had a
question of his own, but whether from shyness or family protocol, he kept it to
himself and followed the Crosbys out.

As
they disappeared from view, Jenny vaguely recalled an item she had heard on the
radio about a young woman who had gone missing from her home in Bristol - a trainee
at Maybury, the decommissioned nuclear power station that sat three miles east
of the Severn Bridge. Maybury and the other three retired stations on the
estuary had been much discussed in the local media lately: a new generation of
scientists was being recruited to decommission the fifty-year-old reactors and
build the new ones that had been given the go-ahead by the government.
Listening to the heated phone-in debates, Jenny had felt a stirring of her
teenage idealism, evoking memories of weekend trips with fellow students to
peace camps outside American airbases. It seemed strange to her that a
generation later a young woman would embark on a career in an industry which
she had spent her formative years believing represented all that was corrupt and
dangerous in the world.

Jenny
slipped on a latex glove, pulled the fold of plastic over the Jane Doe's face
and pushed the heavy drawer shut.

After
five months of the mortuary being staffed exclusively by a string of unreliable
locums, a new full-time pathologist was arriving on Monday. Jenny looked
forward to prompt post-mortem reports and not having to waste her afternoons
with tasks that his staff should have been assigned to. Professional dignity
had been hard to maintain in a cash- strapped coroner's office and, though she
had now seen many hundreds of corpses in every conceivable state of dismemberment
and decay, being close to dead bodies still terrified her.

She
disposed of the spent glove and hurried as quickly as she could on her narrow
heels out into the sharp air. She had an appointment to keep.

Death,
and her uneasy relationship with it, occupied most of the time she had spent
with Dr Allen. In the consulting room at Chepstow hospital during their
fortnightly early evening meetings progress had been slow and insights limited,
but Jenny had managed to keep to the regime of anti-depressants and beta
blockers, and had largely respected his injunction forbidding alcohol and
tranquillizers. Though by no means cured, her generalized anxiety disorder had,
for the previous five months, been chemically contained.