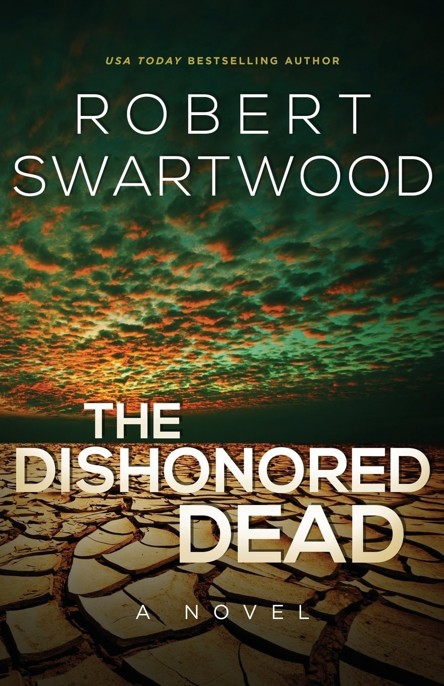 Through the Guts of a Beggar

In Solemn Shades of Endless Night

In the Land of the Blind

Hint Fiction: An Anthology of Stories in 25 Words or Fewer

“In the Land of the Blind” copyright © 2004 Robert Swartwood

This E-Book is a work of fiction. Names, characters, places and incidents are either products of the author’s imagination or used fictitiously. Any resemblance to actual events, locales, or persons, living or dead, is entirely coincidental. All rights reserved. No part of this publication can be reproduced or transmitted in any form or by any means, electronic or mechanical, without permission in writing from Robert Swartwood.

They were of one sort—creatures—but so grotesque and misshapen as to be more like a child’s drawings upon his slate than anything natural.

The Princess and the Goblin

Prelude: In the Land of the Dead

Coda: In the Land of the Living

In the Land of the Blind

Excerpt from THE CALLING

Excerpt from THROUGH THE GUTS OF A BEGGAR

In the Land of the Dead

He could hear
the zombie in the dark up ahead—what sounded like an adult, saying, “How many colors are there in the world?”—and his first thought was they had a multiple attack. Then he heard another voice, one which belonged to a dead child, and he knew the situation had just escalated.

“Colors?” the boy asked hesitantly, his cracked and withered voice full of fear. “There are … three. White, gray, and black.”

He slowed and raised a fist, signaling the other Hunters to take their time. Now that a child was involved, they had to be even more cautious.

He could just now make out the two figures—definitely an adult and child—through the trees, standing in a small clearing. He placed his hand on his broadsword, pulled it silently from its sheath.

“
Thousands
,” the zombie said. “More colors than you could ever imagine … though, of course, you can’t imagine anything, can you?”

Moonlight shone through the trees and illuminated the two of them, and he could see the boy standing beside a freshly dug hole, a pile of dirt beside it. In his trembling hands was a shovel.

“Please,” the boy said, looking quickly around him, “please don’t hurt me. I don’t—I don’t want to expire.”

“If I were you I wouldn’t want to expire either. Not until I’d experienced everything this world has to offer.”

The rest of the Hunters having taken their positions surrounding the zombie and the child, he knew it was time to act. There was about five yards between the two of them, which meant that if they went in fast, the boy would be safe.

“Do you realize the rest of the earth hasn’t moved on? It’s just mankind and the animals. You’ve all moved on, decayed, become what you are. But Mother Nature”—the zombie now shaking his disgusting head—“she hasn’t given up on you yet. She still wants you to find your way. And when you do—when all of you do—I think she’s going to hold her breath in anticipation for what happens next.”

His broadsword gripped tightly in his right hand, he raised his left hand to signal the other Hunters.

“In the meantime, do yourself this one favor. Don’t accept your existence for what it is. Question it. Question everything.”

He brought his hand down and at once the Hunters hurried forward, tightening their circle around the clearing. The boy looked around even more frantically, surprise overtaking the fear in his black eyes.

He strode right up to the zombie who just stood there completely motionless, staring down at the boy. Less than ten yards away, now less than five, he took in everything about the scene—the shovel in the boy’s hands, the hole, the pile of dirt, a square rock on the ground beside the hole shimmering in the moonlight—and raised his broadsword.

For a moment there was a heavy silence. The only sounds were that of dead insects chirping and a dead owl hooting in the trees. Then the zombie looked back at him, said, “Well?” and that was when Philip stepped forward, his own broadsword raised, and severed the zombie’s head from the rest of its body.

Conrad was no
stranger to living blood.

Ever since he was ten, had begun his training, he understood that blood was the final step in every hunt. A zombie ran, you chased it, and once you cornered it, walked right up to it, you raised your broadsword and took its head, releasing blood. Even when his father, the greatest Hunter to ever exist, had passed down his own broadsword to Conrad on the day of his graduation from Artemis, he had embraced him and whispered into his ear, “Make sure every time you hunt, this sword tastes blood.”

And it had tasted blood, so much living blood over the past twelve years. Mostly children, sure, because that’s what most of the zombies today were: boys and girls no older than ten years old, always running away from him, always crying and screaming until he stopped their tears and silenced their screams forever. It was his job and he was good at it, great at it, and he always made sure every time he hunted he followed through with his father’s wishes.

He made sure every time he hunted, his broadsword tasted blood.

He made sure it was covered in it.

But tonight something had gone wrong. Tonight his sword should have tasted blood, but it hadn’t, and this, Conrad knew, was bad news. Very bad news.

Sitting alone in the locker room, an irregular dripping coming from the showers, Conrad stared down at the broadsword in his hands. He just didn’t understand it. He didn’t know what had gone wrong. Never before had he hesitated, never once, but this morning he had, and with no way to explain it even to himself, no way to rationalize this egregious error.

The locker room door opened and in walked Philip, the second lieutenant still wearing his uniform but not his mask. Without looking at Conrad, Philip went to his locker, opened it, started to take off his uniform. Conrad continued staring down at his sword until Philip had slammed his locker shut and walked toward the showers, a towel now wrapped around his waist. He paused before entering, turned back, and Conrad shifted his gaze up from his sword to Philip.

The man was well built, his shoulders wide, his chest expanded. A tattoo of his broadsword was etched over his right pectoral.

Philip glared back at him, his black eyes intense. He opened his mouth, started to speak, but then shut it, shook his head and entered the showers.

When the hiss of water started up a moment later, Conrad got to his feet and went to his locker. He raised a fist, meaning to smash it into the panel, but stopped himself at the last moment. He opened the locker, intending now to slam it shut again, and found his family staring back at him, his wife and son smiling in the gray pictures taped there: one of Denise, one of Kyle, one of the two of them together, Denise in a hospital bed holding a newly-animated Kyle in her arms.