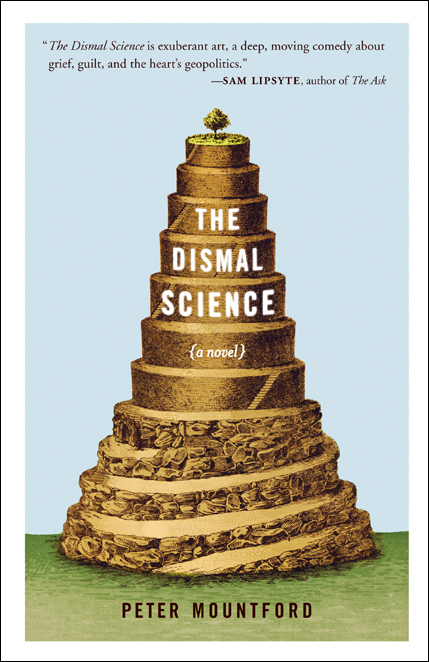 All rights reserved. No part of this book may be used or reproduced in any manner whatsoever without written permission from the publisher except in the case of brief quotations embodied in critical articles or reviews. For information, contact Tin House Books,

Distributed to the trade by Publishers Group West, 1700 Fourth St.,

16.
FINAL DISPATCHES FROM THE OUTER EDGE OF LIMBO

After such knowledge, what forgiveness? Think now History has many cunning passages, contrived corridors And issues, deceives with whispering ambitions, Guides us by vanities
.

The annual meetings had become a kind of rowdy reunion, bearing, increasingly, the muffled bonhomie of a great funeral. At the Omni's and the Sheraton's dueling bars, dignitariesâold friends and colleagues and rivals who'd been driven apart and together by the conflicting currents of their careersâgathered over strong drink and weak gossip. For most, the old ambition that had brought them together was now largely vacuumed away. Vincenzo planted himself at the Sheraton's superior bar, occasionally reading briefs in the comfortable chairs of the adjacent lobby, but otherwise holding to a tight orbit. There were fewer bilaterals this year, or at least he wasn't required to go to as many. The young attendees still passed around their business cards, as if there was some angle to be had, as if someone would remember in a week, as if it meant anything to be remembered.

This being 2005, it wasn't lost on them that there hadn't been a major economic catastrophe in five years. Except for
Argentina, and that didn't count, because their central bank was just too inept for words. So maybe everyone was starting to feel like they'd gotten it right after all. The medicine was taking. It was terrible about Iraq and Afghanistan and a lot of other things in the world were terrible, too, but really, it could've been so much worse. And so the proceedings seemed lifted by a calm buoyancy that had been absent before, especially during the troubled nineties when there began to be a lot of talk about hegemony, a word that hadn't really seemed to exist before, but suddenly became so ubiquitous as to be immediately exhausting. Everything had been fraught in the international aid community thenâcrises came huge and frequent, each more terrifying than the last. Executives sharing elevators would exchange wide-eyed looks, shaking their heads, quietly pining for a return to the relative sanity of the Cold War.

With this new calm, Vincenzo knew it was all the more important to remain vigilant. There was always, anyway, a lurking danger to DC's autumn months. The city's summer torpor lifted unevenly, erraticallyâespecially for Vincenzo, from Milan, where the weather wasn't so dramatic. DC in fall was unpredictable in the same way that driving at dusk can be more dangerous than driving at night, because at least at night you know that you can't see, but at dusk the light is sneaking away and there are no headlights, no streetlights, nothing but long shadows and seductive gilded light streaming in from the horizon. In the fall, you'd leave your house in a winter coat, scarf, and gloves, scrape ice off the windshield, but by lunchtime you'd be rolling up your sleeves, turning up the air-conditioning. Everything was upside down. This was prime
season for losing winter apparelâgloves left on a bar (after all, it felt like Caracas outside!).

The meetings were in late September, the most inconsistent month, when the trees in Rock Creek Park were still shrouded like attic furniture under blankets of vines. Once that bite came in, you knew the howling bugs in the trees were not long for this world, nor were the vines. Soon, the trees would be stripped bare and freezing rain would claw the heaps of soggy debris, decomposing into mud, down into storm drains, flush it all out into the Potomac.

Even with the chaos of September in the air, the meetings were fine. Everyone was fine. What else was there to say, after all? In Latin America, things were going well, more or less. The Bank's programs, in particularâVincenzo deserved zero credit for it, trulyâwere going swimmingly. No one really deserved credit. Politics had matured, capitalism was working. Stability had taken hold and the emerging markets were now actually
emerging
.

“It's almost on autopilot,” he said to halfhearted chuckles from the crowd.

His panel was in one of the larger halls in the basement of the Omni. Although it was in a way the more stately hotel, the Omni always felt a bit bereft by comparison to the hullabaloo up in the Sheraton; it was kind of slouching into the valley of Rock Creek Park. The chairs had been mostly empty when he convened the talk, but he'd been pleased to see people filing in over the first half hour. And then, during the Q&A portion, he glanced at the clock and saw that there were eight minutes left, and what had been said? Nothing. Nothing much was ever said, but they had
really
said nothing this time. People were listing drowsily in their chairs, glancing at their phones; at least one of the reporters up front was doodling in her steno. She was attractive, or maybe not. She was young and healthy, and that was attractive. And his recognition of the predictability of his anguish at her boredom was almost as painful as his anguish at her boredom itself. Could it be so ghastly and predictable? Yes, it could.

Afterward, he and his copanelists had a half-hour break before they were to reconvene in a boardroom upstairs for an hour-long closed-door session with delegates from the major Latin American economies, namely Argentina, Mexico, Peru, Chile, and Brazil, who all wanted to explore their evolving relationship with the wealthy countries that had for so many decades been eitherâdepending on whom you askedâbailing them out of bad situations they got themselves into, or shoving them into bad situations and then charging them for a bailout. In any case, these countries were seeming less feeble by the day. Something had shifted underneath everyone's feet. It was time to have a frank conversation.

Vincenzo was leaving the first meeting when Cynthia, whom he hadn't seen in a decade, approached with that mischievous squinting grin. Maybe as an adolescent she had been embarrassed by her teeth, which were in fact a little crooked, but she always hid them with her lips. She'd left the World Bank for some forgettable leadership role at Inter-American Development Bank years ago. Now here she was, edging toward him with that self-conscious smirk, saying, “Oh my God, he's alive!”

Setting his briefcase down on the chair, he grabbed her by both shoulders and kissed her on her cheeks and then held her back, like a child he was appraising. “How the hell are you?” he said, and they hugged.

“I hate being back here,” she said into his shoulder. “I can't walk ten feet without running into horrible old ghouls like you.”

He grinned and they separated. “But you live here, right?”

“God
no
, I slid over to the
UNDP
and they put me in Brazil, henceâ” and she waved vaguely at the room. The new job was, strictly speaking, a step down from the old one, which was probably why she hadn't broadcast the move. She'd gone meaty and middle-aged. A sexless pall had fallen over her, as it did most of them, as it had, no doubt, him. Back when they were sleeping together, when she was on mission in Peru, she had an impressive body for a mother of three in her forties, and her aura was distinctly sensual. She radiated low-frequency sexual enticement. Something in the body language, the way she sat down so slowly, how long she held your hand during a handshake, the overdetermined eye contact. Even her coy grin seemed dangerous. You just knew she was a pervert. Now she wasâwhat?âprobably in her late fifties. More battle horse than colt. That radiant carnality had dimmed. Or maybe it was still there, and his sensing mechanism was damaged. Worse still, maybe she just didn't turn the signal on for him anymore.

“Look, we should have a drink,” he said. “I have another meeting.” The last of the others were filing out of the room now.

“I'm going to be at that meeting.”

“Yes. We'll go to the bar up at the Sheraton afterward?” she said.

He snorted. And then he slowly drew a deep breath, shook his head, looked away.