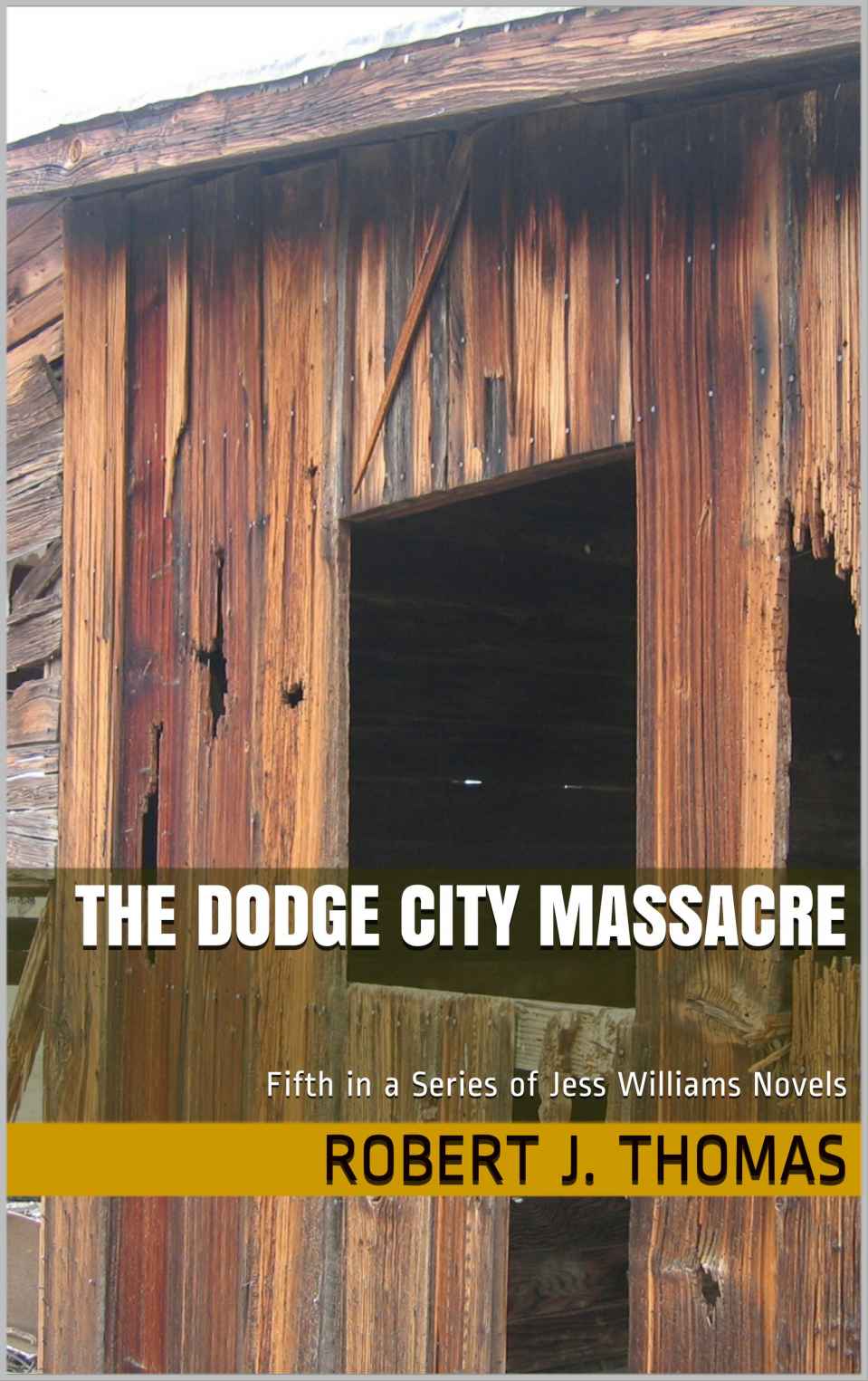 This book is a work of fiction. Names, characters, places and incidents either are the product of the author’s imagination or are used fictitiously. Any resemblance to actual events, locales, organizations or persons living or dead is entirely coincidental and beyond the intent of either the author or publisher. They are solely the imagination of the author and the imagination of events that may or may not possibly happen.

All rights reserved, including the right to reproduce this book or portions thereof in any form. No part of this text may be reproduced, transmitted, downloaded. Decompiled, or stored in or introduced into an electronic or mechanical method without the express written permission of the author or publisher. The scanning, uploading and distribution of this book via the Internet or via any other means without the permission of the author and/or publisher is illegal and punishable by law.

Fifth in the series

(Continued from the excerpt of the fourth novel—THE BURNING)

Jess walked out of the store and was headed for the livery when he heard the distinctive sound behind him that a Colt six-shooter made when the hammer was being cocked. That was bad enough, but it got worse when he heard the same sounds coming from a second Colt six-shooter. That meant there was either one man with two pistols or two men with a pistol pointed at his back. The worst of it was the fact that Jess’ hammer strap was still tightly strapped on the hammer of his gun. Then he heard the words he heard all too often lately. The words were—
Hey, ain’t you that Jess Williams Fellow?”

Jess finally found himself in the absolute worst position so far in his lifetime. There were most likely two men behind him with pistols already cocked and he figured they were pointed directly at him and his gun was strapped down tight. The only thing he had going for him at this point was his Pa’s Colt that he kept tucked in the front on his holster. He thought for a second, took a long breath and did the only thing he could think of. He grabbed his Pa’s Colt from the front of his holster, spun his body quickly to the left and let his body fall backwards and as he did he spotted two men standing about four feet apart on the boardwalk and they did indeed have a Colt pistol in each of their right hands. Jess pulled the trigger of his Pa’s colt and hit the man on the left as two bullets went straight through the brim of his hat. The man on the right had already cocked his pistol for a second shot before Jess was able to since Jess was thrown off as he finally landed in the dirt—hard. He heard a shot that he figured would find him, but instead, he saw the man who was left standing on the boardwalk go down. Jess looked to his right and saw John Bodine, still in the saddle of his horse, smoke still coming from the end of the barrel of his Winchester rifle.

Jess got himself up and reloaded his Pa’s Colt .45 and tucked it into the front of his holster as John Bodine got off his horse and walked over to the two dead men. Jess walked over to meet him.

“Mr. Bodine,” said Jess, “I guess I owe you a huge favor. Unless that second man was a bad shot, I would probably be dead or at least badly wounded by now. I sure want to thank you,” said Jess, as he stuck his hand out and shook John Bodine’s hand.

“I think you would probably be dead, ‘cause this man here is an excellent shot. This one here is Clive Henchel and that one over there is Mitch Matthews and they are both damn good with a six-shooter; well, were damn good with a six-shooter. Both of them got bounties on their heads,” replied Bodine. “If I remember correctly, each one of them is worth a hundred dollars each.”

“Well, Mr. Bodine, you can collect both of the bounties,” said Jess.

“Hell, you killed Matthews so you can collect his bounty. By the way, that was one bold move you did falling straight back like you did. If you hadn’t, they would have plugged you for sure.”

“It was the only thing I could think of at the moment.” Jess removed his hat. “Guess I have to buy me a new hat now.”

“Hey, it’s better than being dead and call me John from now on.”

“I will, and don’t forget that favor I owe you, I ain’t one to forget. What brought you to Clarence today anyway?”

“I heard Lance Bolin was here, but after seeing you in town, I’m thinking that you already have him strapped over a horse,” replied Bodine.

“You figured right about that, he is already strapped over a horse along with one more of his partners who had a bounty on him and was dumb enough to partner up with Lance. I was just heading to the livery to get my horses and their sorry asses and haul them to Abilene to collect the bounty when fortunately you showed up.”

“Well, I’m glad I was here to help. Oh, and by the way, I’m going to be
sure
to remember that thing you said about owing me a favor,” said Bodine, as if he already had a favor he was going to ask. All of a sudden, Jess saw Ingrid Marsh running down the street toward the two of them.

“Jess, are you okay?” asked Ingrid.

“Hell, he did half of the work, I just took out the second one with my Winchester rifle,” replied Bodine.

“Thank you Mr. Bodine for intervening on Jess’ behalf,” a grateful Ingrid replied.

“Well, I guess I have to go back to the general store and pick out a new hat now,” said Jess, as he stuck two of his fingers through the holes in the front brim of his old hat. “Man that sure was close.”

“It don’t get no closer than that,” replied Bodine. “Jess, after you pick out a new hat, would you be willing to meet me in the saloon for a drink before you leave?”

“Sounds like you’re not wasting any time collecting on that favor,” replied Jess. “Alright, I’ll gladly meet you down there in a few minutes.”

John walked his horse down to the saloon and Ingrid walked with him. Jess went back to the general store and picked himself out a real nice hat that looked almost exactly like the one he had. Then, he headed down to the saloon to meet with John. When he walked in, he found him sitting at a table drinking some cheap whiskey. Jess looked over at Joshuha, the barkeep. “Joshuha, bring over a bottle of your best whiskey for me and my new friend here.”

“Why, thank you Jess, that’s mighty nice of you,” said Bodine.

“I’m just happy I’m still around to buy it for you. I owe you my life for what you did back there.” Joshuha brought over a good bottle of fine whiskey and two nice clean glasses and filled both their glasses.

Jess rose his glass up and tapped it against Bodine’s glass and said, “Here’s to the man who saved my life today.”

“And here’s to a new and I hope a long friendship,” replied Bodine. They both took a long sip of the whiskey and sat their glasses down at the same time.

“You get right to the point, I’ll give you that,” Bodine stated.

“I could tell by the way you made that comment back there about remembering me owing you a favor.”

“Yeah, and I hope you don’t gamble much.”

“Not me, I can’t afford to lose any money. Hell, you’re drying up all the bounty money lately. I heard about your little war over in Navarro with Marshal Reedy. “How much bounty did you collect on those men you killed?”

Jess laughed. “Hell, it would’ve been over a thousand dollars, but I couldn’t collect one dime.”

“Marshal Reedy wouldn’t let me, since I did a few things he didn’t agree with.”

“I heard you have a way of going at things a whole lot different than most men.”

“Yeah, Marshal Reedy threatened to arrest me if I pushed him on the bounty. He said that if he had to write up his report to the Marshal’s Division truthfully, they’d probably issue a warrant for my arrest so he refused to let me collect the money. He is still a good friend though and I understand his way of thinking. I mean, I have to admit, I did cross the legal line and I mean a long way across.”

“I heard you forced that Evan Dwight character into a gunfight and killed him.”

“Really? Why would anyone want to do that?”

“People out east love to read all about what’s going on out here in the Wild West. And, since you’ve gotten quite a reputation around these parts, people want to know more about the infamous Jess Williams.”

Jess refilled their glasses. “Alright, let’s hear it,” said Jess. John took a long sip of the fine whiskey before he started talking.

“Alright, here is what I’d like to ask you. I want you to join me on a trip to Dodge City, Kansas.”

“What the hell for?” Jess asked.

“Well, I don’t know if you are aware of it, but there is some real competition between the cattle ranchers in Dodge City and a small border town called Caldwell. Now, there is enough business to go around so they ain’t really feuding yet.”

“Are you going to go there anyway if I don’t go with you?” asked Jess.

“Yeah, I got to make me some serious money so I can finally retire. I’m getting too old for this line of work and you’ve been making it pretty hard for me to make any money lately.”

“John, I’ll give you money if you need it. As a matter-of-fact, you can take Lance Bolin and his dead friend I have strapped over their horses at the livery and turn them both in. The two of them are worth six hundred dollars.”

“Thanks for the offer, Jess, but a man has to earn his own way in life, you know that.”

“I figured you’d say no before I even finished saying it,” said Jess. “Well, if you’re going to go to Dodge City anyway, I guess I have to go along with you and help you. I can’t let one of the few good friends I have in life get himself shot. Besides, I do owe you a huge favor for saving my life and if I didn’t go to Dodge City with you, I’d just be getting into gunfights with other men in other towns.”

Highlander in Her Dreams by Allie Mackay
Downfall of the Gods by K. J. Parker
1965 - The Way the Cookie Crumbles by James Hadley Chase
Dawn of Forever (Jack & Jill #3) by Jewel E. Ann
Francesca of Lost Nation by Crosby, Lucinda Sue
The Ribbon Weaver by Rosie Goodwin
My Dark Duke by Elyse Huntington
Final Confrontation by D. Brian Shafer
Time Will Darken It by William Maxwell
Awakened (Vampire Awakenings) by Davies, Brenda K.
Our partner