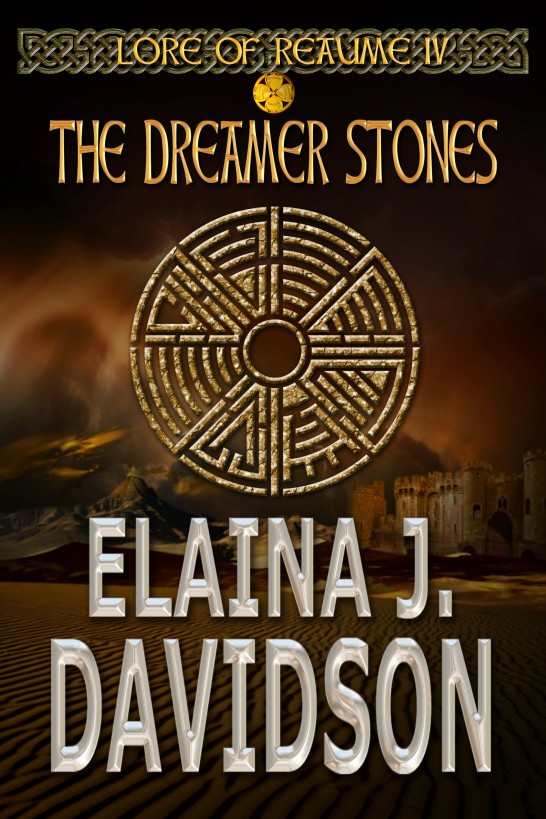 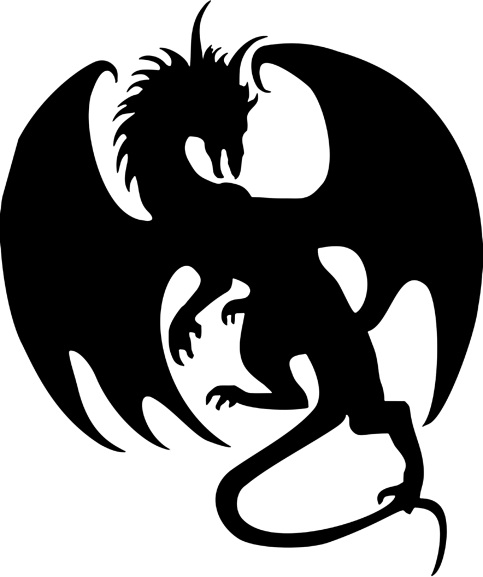 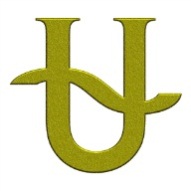 All rights
reserved under the International and Pan-American Copyright
Conventions. No part of this book may be reproduced or transmitted
in any form or by any means, electronic or mechanical, including
photocopying, recording, or by any information storage and
retrieval system, without permission in writing from the
publisher.

This is a work
of fiction. Names, places, businesses, characters, and incidents,
are either the product of the author’s imagination or are used
fictitiously and any resemblance to any actual persons, living or
dead, organisations, events or locales, or any other entity, is
entirely coincidental.

The
unauthorised reproduction or distribution of this copyrighted work
is illegal. Criminal copyright infringement, including infringement
without monetary gain, is investigated by the FBI and is punishable
by up to 5 years in prison and a fine of $250,000.

The smell of
turpentine and paint filled the small space.

It should
choke her out, but was familiar to her now. She stepped back from
the easel to garner a sense of what she painted. Usually she
allowed no guidance in assembling the artwork, for it was
immaterial to the goal. Usually she made brush strokes from memory
and dream and worked until it was finished, and only then did she
look with a critical eye.

Sometimes that
took days and she had to break from her task or collapse from
exhaustion and hunger, and even then she would not look.

This time she
stepped back, for this one was different.

It was the
final canvas in the series and the hardest to do, for it meant an
ending, and this particular finale meant a new beginning.

She started
her work more than a thousand years ago. The Process, in her
mind.

First, she
learned to see what lay beyond known reality, and then instructed
herself in recalling her dreams, to distinguish between fantasy and
fact. Thereafter she trained hand and eye to create physical work
from the ethereal.

To put it
another way, she needed to learn to paint. It took time, for she
was impatient with the medium. Oil took long to dry. Colours ran or
were inconsistent or simply not right. And she stepped back to
look, and was too critical.

She gathered
supplies - paints, cleaning agents, canvas, brushes, bottles and
palettes, rags, easels, nails for the walls, tables, light - and
found the right space to work in, and practised. She learned not to
step back, and to discard completed works that had no bearing.

At first, that
was hardest to achieve.

Now there was
this painting.

It drew her in
as she stared at it. She had not stepped back to be critical; she
did so because she was too close to this creation. It hurt to paint
this. There was uncertainty and sadness in the nothingness that was
this image, it could overwhelm her, and thus she required
distance.

If it assailed
her the way it did, how would it affect him?

The real
question - would he have the courage to look?

She sighed,
and set the palette down. After dunking the brush in a jar of
turpentine, she wiped her hands on a paint-smeared rag and tossed
that down. She did not again look.

Turning to
leave, she knew there was a final task before turning out the
lights, for she would not again enter this space until he was with
her.

She headed to
the corner and found the material she once bought impulsively under
a pile of broken cardboard boxes. She wondered at the time why she
wanted it, and now it made sense.

Shaking it
out, she approached the painting. She tried not to look, and yet
some of it caught her peripherally. A stone floor. A blackness in
the centre … gods. She tossed the material over and was relieved of
tension.

She headed
out, clicking the lights off, plunging that covered image and those
on the walls into darkness. They would now wait with her.

The Enchanter
required guidance into the realm of the soul, and the images were
signposts. For him … and for her, for she would go with him.
Everything that went before, the Ritual, the learning, the dreams,
the future images, the physical creation, was for that purpose.

The time was
close. He could walk back into her life at any minute or hour, and
a new life would begin. She had to be ready for that.

How was one
ever ready for Torrullin, by all gods? 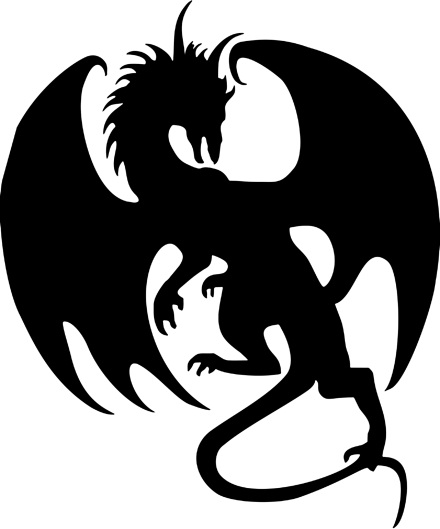 If it is not
created with hands, friend, it is not real.

An ominous
shudder shook the great cavern of magic inside the planet
Cèlaver.

This was the
world within, a world of trees and water and light gifted by
Torrullin, a promise kept to a long deceased king. Seasons came and
went in the heart of the rock; it was true magic, more profound for
being in a world sterile and uninhabitable on the surface. Animals,
birds and insects flourished, speaking to the people of the caves
and tunnels of life taken for granted elsewhere.

Initial
reactions to the chamber after its creation was wonder … and fear.
At first the fear was for the incredible power able to bring forth
such wonder, entrenching real cycles of nature, to have it continue
independent of the source of power. Later that fear developed into
something more - the fear of having it vanish to trap them inside
the rock the magic displaced. After a time the fear was selfish.
Cèlaver grew to love the magic, needed the magic, and were afraid
to lose it.

Two thousand
years on, fear was forgotten. Nobody now remembered the cavern of
wonders was a thing of magic. Forests were real, as were lakes,
rivers, pastures, sun, clouds, rain, snow, and wind … all of it.
The cycles continued as a force unto itself. The forests were old,
died in some areas and renewed in others as nature intended.
Watercourses altered after heavy rainstorms. Birds and animals
adapted and evolved as well. New species had come.

It was real
and required no magic to thrive.

Yet it
was
magic. A space was created.

The shudder
intensified and low keening filled the air.

Countless were
paralysed with dread. As one, casual strollers, boating fanatics,
fishermen, lovers and picnicking families remembered what they had
forgotten.

In log cabins,
in tents and in the elements holidaymakers froze, hikers stumbled
on paths and remembered.

Something was
wrong. Nobody could move and not a sound was spent. If the magic
that created this space was to vanish, there simply was no time to
reach the exit. Panic would serve no one.

A child cried
somewhere, the frightened sound audible into the furthest
reaches.

The king and
his family enjoyed a welcome break from duties, a treat they
allowed themselves infrequently, because to enter the cavern was to
desire to remain.

One stated
allotted time at the entrance and if one overstayed one was
prompted to leave. The first king of this magic, Ophuls, instituted
the system, having quickly realised the addiction.

Had he not,
the entire Cèlaver nation would have moved in, crowding the cavern
and killing the wonder. Industry and the like would even today come
to a standstill without the system.

His Majesty
had three more days available to him, but time had a way of
speeding by here and he at first thought they were being prompted
to leave, and then realised, seeing it in the eyes of his stricken
children, the shuddering was widespread and everyone appeared to
hark to the unearthly wailing.

By the time
panic overcame paralysis, he was ready.

He put a
bullhorn to his lips and called for attention. Silence returned and
he breathed a sigh. He told them their fear would aid the
sundering, and panic would hasten it. He told them to stand fast;
to trust in the inherent good of the old enchantment, for doing so
would thwart whatever attempted to cause them harm.

Whether it was
truth, what he said then in haste, he did not know, for there was
no precedent, yet he felt calmer, and passed his composure onto his
people in the certainty of his voice.

Calm
prevailed. They stood fast. Rivalries, factions and enmities were
forgotten as those within stood together and trusted.

The entire
chamber seemed to wobble. It was not the ground as in an
earthquake, but the tangible air, and through the distortion the
wail screeched on in triumph …

A yellow
streak of light appeared out of nowhere to race about the vast
perimeter, thereafter commencing a crisscross action in the spaces
between. A comforting hum overrode the ear-splitting wail, ever
stronger and growing, growing, growing …

The Cèlaver
watched in wonder and felt renewed, gradually they joined in with
the hum, a harmony of voices, and His Majesty hummed along with
them with tears in his eyes.

It felt right.
The soul song.

Marlin's Faith: The Virtues Book II by A.J. Downey
Points West (A Butterscotch Jones Mystery Book 5) by Jackson, Melanie
Into the Danger Zone by Matt Christopher, Stephanie Peters
Room to Breathe by Nicole Brightman
The Last Thing He Wanted by Joan Didion
Captivated by Nora Roberts
SNOWED IN WITH THE BILLIONAIRE by CAROLINE ANDERSON
Method 15 33 by Shannon Kirk
Heat Up the Night by Skylar Kade
The Dom Next Door by Ariel Storm
Our partner