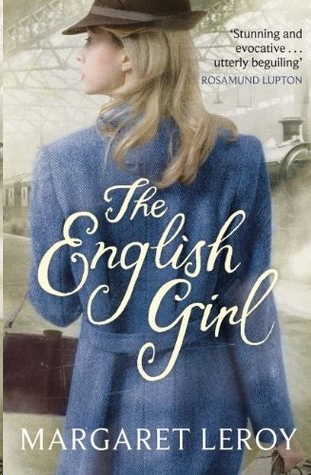 Margaret Leroy
studied music at Oxford, and has worked as a music therapist and social worker. She has written six previous novels, including her first novel,
Trust
, televised by Granada;
The Perfect Mother
was also a
New York Times
Notable Book of the Year,
The Drowning Girl
was chosen for the Oprah Summer Reading List, and
The Collaborator
was a GoodReads Historical Fiction finalist. Her books have been published in twelve languages. She is married with two children, and lives in London.

I am deeply grateful to the brilliant team at Sphere, especially Cath Burke for her wonderful commitment and vision, Lucy Icke for her immensely sensitive and inspirational editing, and Thalia Proctor, for being such a pleasure to work with; and to my agents, Kathy Anderson in the US and Laura Longrigg in the UK, for their great dedication, belief in me and hard work on my behalf.

My thanks are also due to Duncan Smith, author of
Only in Vienna
; to Erwin Strouhal for enlightening me about the location of the Academy in 1937; and to Lucy Floyd and Gunter Franzreb.

I am most grateful to Eileen Gunn and the Royal Literary Fund, whose generosity made the writing of this book possible.

My love and thanks, as always, to Mick, Becky, Izzie and Steve.

…the crack in the tea-cup opens

A lane to the land of the dead.

Just a few miles beyond Innsbruck, the train suddenly comes to a juddering halt. My book, a volume of fairytales, slips from my lap to the floor. The man sitting opposite picks it up. He’s middle-aged, balding, wearing a jacket of mud-coloured flannel. As he gives the book back to me, the damp skin of his hand brushes mine, and I wonder if this is intentional. I feel my face flaring red.

His eyes are on my face; he has a hard, greedy look. I’ve noticed this already – the way men on the Continent stare at you. Hungrily – as though you’re a special, shiny present, something intended just for them, that they can’t wait to unwrap.

‘You are English, fräulein?’ he asks me.

Not, I hope, because of my accent, which I pride myself on, but because I’m reading an English book. Maybe, too, because of something about my appearance – my skin that flushes too readily, my fair unruly hair. The way I’m dressed as well, perhaps – the Tana Lawn blouse and pleated skirt; the sensible lace-up shoes, because my mother says you should always wear comfortable shoes for travelling.

‘Are you travelling far?’

I roll the word around my mouth like a secret caramel, relishing its sweetness.

‘You have been there before?’

‘Vienna is a wonderful city,’ he says.

‘Yes. Everyone says that.’

‘But – if you don’t mind me saying, fräulein – you look very young to be travelling on your own…’

‘I’m seventeen,’ I tell him, a little defiantly.

He looks at the book in my hand.

‘Yes, I love them.’ Then I worry this sounds too naive. ‘The thing is, there’s a little boy who I’ll be teaching English to. He’s only four. I was looking for a story I could maybe read to him.’

All at once I feel myself blushing again: I’ve said too much.

‘Well, the little boy is most fortunate in his teacher, fräulein,’ says the man.

I shrug slightly. I don’t know how to respond.

The only other person in our compartment is a rather plump middle-aged woman. She has a matronly air – loden skirt, lisle stockings – and she has sensibly brought a picnic in a biscuit tin, little packets of food wrapped up in greaseproof paper – bratwurst, brown bread, some rather bland-looking cheese. She seems unperturbed by the sudden stop; she chews on stolidly through her picnic. But when the guard passes in the corridor, she gets to her feet and slides open the half-glazed door.

‘Would you mind telling us what’s going on?’ she asks him.

She’s brisk. She expects to be listened to. I wonder if she’s a schoolteacher.

The guard frowns, a shadow moving over his face.

‘Some idiot went and jumped in front of the train,’ he tells her.

A thrill of horror goes through me; and then a wash of sadness, grief for this stranger who died – and who met his death in such a terrible way.

I don’t think the matronly woman feels this. She has a no-nonsense pinch to her mouth.

‘Will we be stuck here for long?’ she asks him, rather crossly.

‘They have to clear the line,’ the guard tells her.

I don’t want to think about this – about what they have to clear.

She gives an extravagant sigh and takes her seat again.

The man in the brown flannel jacket leans towards me. ‘So, fräulein, are you going to study in Vienna?’

‘Yes, I am,’ I tell him. ‘I’m going to study piano. At the Academy of Music and the Performing Arts.’

I love saying these words: they’re like a poem to me.

‘You are obviously very talented,’ says the man, with too much enthusiasm. I feel there’s something salacious lurking under his words.

I get up, murmuring that I’ll try to discover what’s happening. It’s just a pretext really, a way to end the conversation, because the man makes me uncomfortable. I step into the corridor and look out of the window. But the track curves round – I can’t see to the front of the train.

Instead, I stare out at the view – the vast granite mountains, with streaks of glittery snow at their peaks; the steep, slanting forests on their lower slopes; a few scattered villages. Above, the dazzling autumn sky, its depth on depth of colour; and far off in all that clarity, a bird of prey soaring, silver touching its wings. The corridor stinks of sweat and cigarette smoke, and I daringly open the window a little. The freshest air floats in, smelling of sappy grasses, the delicate pollens of wild flowers, the resins of the pine forests; hinting at the chill blue scent of distant snows. I breathe it in, the scent of the future; I relish all of it – the smell of the air, the brightness, the soaring bird, the perfect day. On the calendar on the wall of my bedroom in Brockenhurst, Hampshire, this date is ringed in red crayon.
8 September 1937
. The day my life really begins.

At long last, with a clank and a judder, the train gets going again. We pass a knot of people gathered at the side of the track – men in uniform, policemen, who have an urgent, serious look. There’s something scattered on the ground, like bits of soiled, reddened cloth, that I don’t want to look at too closely.

I stay out in the corridor for a while. I draw the clean air deep into my lungs, and think about the poor person who died in front of the train. I can’t understand it. Why would anyone do such a thing? Why would anyone put an end to their life, when the world is so full of joy?

My name is Stella Virginia Whittaker, and I can’t remember a time when I didn’t want to be a pianist.

My mother tried to discourage me; she’d been a good pianist herself when she was younger, and she said the piano was a very hard taskmaster. If you didn’t practise for just one day, your fingers would stiffen, your technique started to go. But I wanted this so desperately – to make this magic with my hands. I pleaded, begged, entreated – till in the end, when I was seven, she organised lessons for me.

I was a conscientious pupil; I worked hard. At school I was shy and awkward, the sort of child that people didn’t really notice at all, and growing shyer as I grew older. At grammar school always blushing, always convinced I’d said the wrong thing; and gangly, all elbows and knees, too angular and clumsy. I was bullied by the bold girls – the girls who were sleek and sporty, who had loud confident voices and boyfriends, who didn’t like books. I was picked on, called names; sometimes dragged off to the shrubbery behind the bicycle sheds, where I’d be held down and stung with stinging nettles.

All the time I worked at the piano. Whenever I sat at the keyboard I’d feel happiness descend on me, like a cloak of some enchanted fabric, wrapping me closely around.

I was chosen to play a piece in Assembly at school. I played the Beethoven Sonata in C minor, the ‘Sonata Pathétique’ – terrified and shaky at first, then forgetting everything but the music. I remember the utter quiet in the school hall when I played. In those moments, I knew I had found a voice, that through the piano I could say astonishing things, that when I played, people listened.

After that morning, the bullying faded away.

My teacher, Mrs Slater, encouraged me, took me to concerts. When I was fourteen, she took me to hear Dame Myra Hess play at the Mayflower Theatre in Southampton. I remember how I stared at her – this unremarkable-looking woman alone on the concert platform, bending over the keyboard like a supplicant – and in that whole vast hall, not a whisper, a murmur, a breath. She played my kind of music – Chopin, Liszt, and her celebrated adaptation of Bach’s ‘Jesu, Joy of Man’s Desiring’, the sound of the music filling the hall like fine wine filling a glass. A phrase of music can sometimes seem like the answer to everything: to have the whole world contained within it. At the end of each piece, there was a brief time of hush before the applause, a little collective sigh, a moment of recognition – of holding onto the music for just a moment more. Not wanting to break the spell of it.

Bound Angel Bound Demon by Claire Spoors
Redemption by Alla Kar
Dead Ringer by Lisa Scottoline
Genesis - the Battle Within (Pillars of Creation Book 1) by Tucker, David
The Benevent Treasure by Wentworth, Patricia
Mergers and Acquisitions For Dummies by Bill Snow
Pain Don't Hurt by Mark Miller
A Regency Invitation to the House Party of the Season by Nicola Cornick, Joanna Maitland, Elizabeth Rolls
Donkey-Vous by Michael Pearce
The Tell by Hester Kaplan
Our partner