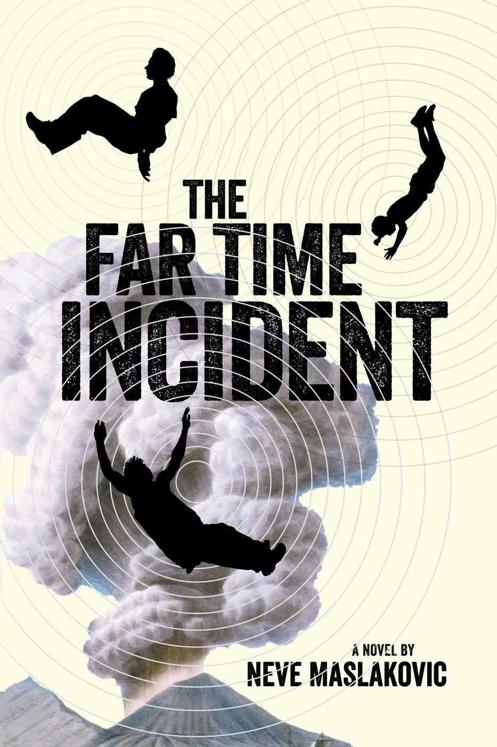 To John and Dennis

PART TWO: IN THE SHADOW

The door to my office flew open with a bang.

A parka-clad student had brought the news. Kamal Ahmad stood in my doorway trying to catch his breath, his sneakers heavy with wet snow.

I pointed him to a chair and went back to giving directions into the phone. Hoping the person at the other end hadn’t heard what I strongly suspected was a student prank in progress and not an actual emergency, I said, “Sorry, where was I? Right. From Highway 94, turn onto Eagle Creek Road and stay on it for nine miles, then take the left fork at the old red barn. Follow it to the campus visitor parking lot—not bar,
barn
.” I paused to let what sounded like a truck, an especially loud one, rumble by. It had been snowing steadily since midnight and the blogger who was driving up from Minneapolis to tour STEWie’s lab this morning was caught in slow traffic. If I was wrong and this turned out not to be a prank—well, the lab tour could be canceled once she got here. I went on, “My office is next to Dean Sunder’s, in the Hypatia of Alexandria House—no,
Hy
-
pay
-
sha
. You’ll know you’re in the right place by the photo out front. Long black hair, strong cheekbones—”

Before ending the call, I warned the blogger about the current hazard on campus, finals week. Bundled-up students with
dark circles under their eyes bicycled the slippery St. Sunniva University walkways on their way to and from tests without much regard for pedestrians. You had to keep an eye out if you didn’t want to get run over.

I hung up the phone, pushed my glasses farther up my nose, and gave my full attention to Kamal, who was slumped in the chair across the desk, still drawing air into his lungs in large gulps. Finals week was peak practical joke time. From previous experience I knew that students usually waited until after the last of the exams on Friday afternoon to hide research notebooks, glue lab doors shut, and so on. It was only Tuesday. Still—

“Kamal, did I hear you right? The professor—which one?”

That seemed pretty unlikely. Dr. Mooney was one of our senior professors. If I had to put together a list about him, it would go something like this: (a) popular with students; (b) knew his stuff; (c) took it in stride when budgetary decisions didn’t go his way; and (d) had wowed everyone with his didgeridoo playing at the Science Quad Thanksgiving party—
and
had brought along a homemade pumpkin pie.

Kamal Ahmad, on the other hand, was a graduate student. More specifically, he was Dr. Mooney’s senior graduate student and the teaching assistant for some of the professor’s classes. Grad students have their own list. From (a) to (d), they are an underpaid, underfed, underslept lot, and often the source of a lot of trouble for the science dean’s office. I took stock of Kamal’s unzipped parka and his inside-out woolen hat, whose
π is a mathematician’s dessert
logo was still readable backward. Had he run over from the Time Travel Engineering building in the snow, which was still coming down fast? Maybe this
wasn’t a prank after all. I said the first thing that came into my mind.

I reached for the phone again. Dean Sunder relied on his assistant—that’d be me, Julia Olsen. A descendant of Norwegian immigrants to a coal-powered nineteenth-century Minnesota, I had nevertheless ended up with solidly brown eyes and hair—which was a bit of a mystery, as I looked nothing like my parents, and the family photos of my grandparents all showed light-haired, prim-mouthed Scandinavian types. Where was I? Right. I was about to say that Dean Sunder liked to leave routine problems in my hands.

A physics professor scattered across the vastness of time was definitely not a routine problem.

By phone, I reached Dean Sunder at the
History Alive
exhibition just as he was pitching the need for a new STEWie generator to his guest, the actor Ewan Coffey, the university’s most famous former attendee. (Everyone knew the story: As a junior, Ewan had packed a duffel bag and taken the train west to Portland, then a bus down the coast to Hollywood. The rest was movie history.) The dean was not pleased to be interrupted. After hearing what I had to say, however, he excused himself and stepped into the curator’s office so that we could speak privately. The dean’s voice carried strong over the line. “Julia, this is the last thing we need. Is Dr. Mooney’s student sure about this? Let’s get all the facts before we sound the alarm.”

He instructed me to keep him updated and went back to wooing Ewan Coffey with the bagels, cream cheese, lox, and champagne I’d ordered for the occasion. I hung up the phone. Kamal had taken off the woolen hat and was twisting it in his hands, compacting the logo to read
π is dessert
. His breathing had calmed but he still had a glassy-eyed look. I got up and went over to the cabinet nestled under the winter-frosted window of my office to fetch the cookie jar I kept there. My approach to any crisis, large or small, was this: (a) offer food, and (b) make a list of things that needed to be done. I handed Kamal a napkin
with a couple of butter cookies, then sat back down across from him, leaving the cookie jar open on the desk. Kamal wrapped his gloveless and icy-looking fingers around one of the cookies and wordlessly took a bite.

“I suppose you’ll have to find another graduate advisor,” I said. “I hear Dr. Little is taking on new students—”

I stopped to allow his coughing to subside.

“Julia,” he said reproachfully, sounding more like his normal self, “how can you be so efficient at a time like this?” He hiccupped, then finished off the cookie as I pulled out my yellow legal pad to start a list.

“Tell me what happened. You went on a STEWie run with Dr. Mooney. What went wrong?” Something occurred to me. “And who else was with you?”

He quickly polished off a second cookie. “No one.”

“No, Julia. Dr. Mooney was alone, according to the log. Just him.”

I looked up from the notepad, not about to write that down. No one went alone. STEWie teams consisted of a professor and a couple of grad students, with perhaps a postdoc or a visiting researcher tagging along for good measure. Three to four was the standard.

“It’s my fault—though I don’t know why Dr. Mooney went on a run—”

I pushed the open cookie jar toward him. “You’d better start at the beginning.”

He reached into the jar. “It was my shift in the lab last night. I tried to switch with Abigail so I could get some last-minute studying done for Spacetime Warping: Theory and Practice—the exam is at noon today—there’s going to be a written section and a practical one—it’s Dr. Little’s class and his tests are always hard—I still have a couple of hours left to study—that’s
not important, is it? The point is, I tried to switch with Abigail, but she has two finals today. Jacob was swamped with projects, and I couldn’t reach Sergei, so Dr. Mooney offered to take over for me—he does that for his students sometimes—I had no idea, Julia, that he would—” Kamal stopped, as if he wasn’t sure he should voice his thoughts, and bit into another cookie.

My pencil hovered above the blank page. “Kamal, are you saying that Dr. Mooney went on an unscheduled run last night and something went wrong?”

Kamal leaned forward, planted his elbows on the desk, and waved the cookie in my direction. “Dr. Mooney logged in around midnight. He never logged out. The basket came back empty. You know what that means.”

It was only when I looked at my hand that I realized I’d reached for a cookie myself.

Kamal added, “I sat there for a while, trying to figure out what to do—your phone was busy—then Abigail came in, so I left her to guard the lab and ran over here.” He sat back up in the chair. “Julia, we have to take STEWie off-line until we figure out what went wrong.”

I wiped the cookie crumbs off my hands. “I’ll call campus security and send out a memo that Dean Sunder is canceling all runs until further notice.” I wrote that down under “(a)” and “(b),” then flicked my computer to life and opened STEWie’s roster. “A blogger is scheduled to observe this morning’s run—I was about to look up whose—”

“Abigail and Sergei with Dr. B.”

I got to my feet and reached for my goose-down jacket. “Dr. Baumgartner? Why didn’t you say so? We’d better hurry over to the lab. I can call campus security on the way.”

Murder on Location by Howard Engel
SAFEHOUSE (A BWWM BILLIONAIRE ROMANCE) by Mia Caldwell
Sinners 01 - Branded by Abi Ketner, Missy Kalicicki
Stranglehold by Ed Gorman
The Fight Within by Laveen, Tiana
Muckers by Sandra Neil Wallace
Angels in the Gloom by Anne Perry
See Through Me (Lose My Senses) by Bright, Sera
The Hunter (Mistress & Master of Restraint) by Chilson, Erica
Bad Boy's Honor: An MMA Bad Boy Romance by Ashe, Jessica
Our partner