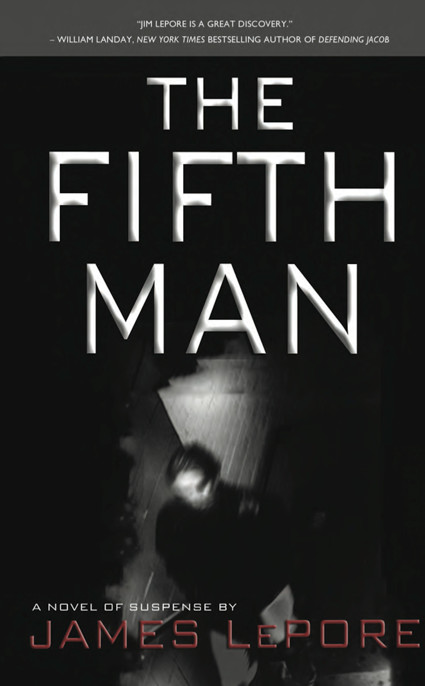 This is a work of fiction. Names, characters, places, and incidents either are the product of the author’s imagination or are used fictitiously. Any resemblance to actual events, locales, organizations, or persons living or dead, is entirely coincidental and beyond the intent of either the author or the publisher.

All rights reserved, which includes the right to reproduce this book or portions thereof in any form whatsoever, except as provided by US Copyright Law.
For information, address The Story Plant.

Printed in The United States of America

To the memory of my cousin Maria Fuccello, whose joyful and vibrant love I miss every day.

Many thanks to my friends Greg and Joy Ziemak, Tom and Monique Molesky, Julia Macklin and Mike Montera for helping me do research in Brighton Beach. Also to an Iraq vereran friend who wishes to remain anonymous for his weaponry expertise. I am grateful as always to my friend and editor Lou Aronica. He knows what’s missing and how to get it out of me. Last but not least I am grateful to Karen, the First Angel, for all she does to support me. Thank God I met her.

Before all else, be armed.

Chris Massi, a surgical bandage across the bridge of his nose, his left arm in a sling, pulled up the collar of his wool coat with his free hand and looked down at the pit where the twin towers once stood, then up at the sky, which was dull and gray and starting to spit snow. Next to him, leaning over the concrete parapet, stood a man he knew only as Mr. White and had only met once before.

“We appreciate what you did,” said Mr. White.

“We rarely get answers in this business,” Mr. White said. “Tell me about your contact in the restaurant.”

“I only made it to the foyer. Two young guys, in their twenties, Russian, met me.”

“Can you give us a sketch? We do it by computer now.”

“They told me I was going to get my wish, I was going to meet with a representative of Bratva Mafya. They blindfolded me, took me out a back entrance and put me in a car. You know where they took me.”

“Who did they send?”

“You mean the Bratva guy?”

“I don’t know. A man with a gravelly voice. Middle aged. Sarcastic. I think he walked with a limp.”

“His gait sounded uneven on the concrete floor. It’s a guess.”

“With a heavy Russian accent.”

“He said hello, and then the bomb went off, or whatever it was.”

“It was a grenade. Then what?”

“I was thrown from my chair. My shoulder hit something hard. A stack of metal pallets. They toppled over on me. One was on my chest and face. I was on my back. I came to with both of my eyes filled with blood. The blindfold had come off. I heard voices and footsteps. I just lay there, pretending I was dead. Someone lifted the pallet away and shone a flashlight in my face. I could see the light pass across my eyes. Then he spit in my face.”

“Spit in your face? Did he say anything?”

“Sicilian scum. That doesn’t sound like a pro to me. How many were there?”

“Did they say anything else?”

“Dead. The other one said dead.”

“I heard a grunting sound. Then there were footsteps and a gun shot.”

“They shot a survivor.”

“That’s what I figured. I can’t believe I’m alive.”

“Your two Mafya men took most of the shrapnel. You were lucky.”

“The blood was starting to coagulate, to thicken, and I was still bleeding, but I managed to open my eyes. I saw them walking toward a door. When they got to it, one of them turned to look at me. He had his gun out. There was an exit light above the door, red, so I could see his face in the red glare.”

“Did he see
you
? I mean, did he realize you were alive?”

“I don’t know. The room was filled with smoke and dust from the explosion. An alarm went off. He froze for a second, then the other one pulled him by the arm and they fled.”

“Did you see the other one?”

“No, he wasn’t under the exit sign. Too dark, too smokey.”

“I’m sorry to have left you on your own like that.”

Chris shrugged. He knew what the deal was going in. No backup, no gimmicks. “Do you know anybody matching that description?” he asked.

Mr. White did not answer immediately. He took out a small sterling silver flask, unscrewed the cap carefully and took a sip. “Care for some?” he said, offering the flask to Chris. “It’s Armagnac, a hundred and ten years old.”

Chris was cold. He had been released from the hospital that morning. His head and his dislocated shoulder still ached. The wounds from the shrapnel that had lodged in his left leg were still raw. He took the flask and drank, glad that he did when he felt the liquor hit his stomach and almost immediately spread to the ragged ends of his central nervous system.

“So,” he said, handing back the flask. “What happened?”

“It was probably an internal Odessa Mafya thing. A betrayal, an order disobeyed.”

Chris shrugged. He was familiar with Mafia executions.

“There
is
something else, though,” said Mr. White.

Chris waited, wondering what was coming.

“The Russians,” Mr. White continued, “have deeply clandestine units, just as we do. There are rumours about one headed by an agent who looks like a wolf. They say he came out of the Odessa Mafia, or maybe he infiltrated it for some reason.”

“Yes, but just rumours, wild talk in the Middle East.”

“That Bin Laden had a wolf for an ally, that a Russian wolf visited Bin Laden at his camp in Kunar Province, that the wolf provided finances. The Islamists hate dogs, but this wolfman inflamed their imagination at the time.”

“So maybe that was him, my feral looking bald friend.”

“It’s probably a myth. They’re big on Messianic myths, the fanatics. Still, I’d like you to help with a sketch of him too. You can help us put a face to the rumours. Someday a match may turn up.”

“Don’t you want an answer?”

“I’m told we no longer do, that it was farfetched to think the Russians were involved in 9/11.”

“What do
you
think?”

“I think they were. Look where we are, bleeding in two wars. The Middle East street hates us. Just where they want us.”

“Correct. They tell me the Cold War’s over, the Russians are no longer ambitious, they want to co-exist with us, blah, blah.”

Chris smiled. “Did I pass my test?”

Chris shrugged. “You have my word, too.”

The footprint of the trade center, starkly naked, had remained untouched in the last four years while New York politicians and businessmen fought over turf and money, as only New York politicians and businessmen could. The
pezzi da novante,
Chris’s father used to call them,
big shots
, living like kings, their hands in everyone’s pockets, above the law.
Make your own law
he had said to him many times.
Make your own law and live by it.
Little did Joe Black Massi know that one day the most powerful people in the country—the very epitome of the
pezzi da novante
—would be carving out a kingdom for his son, Chris, where his word would indeed be law.

Mr. White, in his mid-sixties, his face rugged and lined with age and high in color, his eyes a twinkling blue-gray, smiled. “I have been thinking of retiring,” he said. “But not now. This project is for me the ultimate opportunity.”

“A man named Max French will be joining us in a few minutes,” Mr. White said. “He’s an oddball, an outlier, but a pro. If you agree, he will be your right hand.”

“I think this wolfman was coming over to make sure you were dead, to shoot you. Now he’ll be wondering if you saw his face.”

“That makes things different. You can back out if you want.”

The snow was coming down heavier now, and a man in his mid-forties with short sandy hair, his hands in the pockets of his overcoat was walking toward them.

“You mean,” Chris said, “if he’s this super-secret spy, he’ll want me dead because I can identify him?”

“How about another drink?” Chris said. “To seal our deal.”

Mr. White had put the flask back in his inside coat pocket. He drew it out now, unscrewed the cap, took a swig, and handed it to Chris, who took a deep drink.

“No,” Chris said, handing the flask back, remembering the wolfman’s saliva on his face, imprinting the memory on his brain. “I’m in.”

The storage unit named above is due for renewal on September 1. The tenant, Mr. Joseph Massi, left instructions directing us to notify you of the renewal date in the event that he himself did not renew by July 31. Mr. Massi has not renewed. We have various renewal programs available. If you do not wish to renew, you must clean out the unit by no later than August 20. Please advise as to your wishes.

Matt Massi read this short letter standing in the kitchen of his mother’s co-op on Manhattan’s Upper East Side. His mother, Theresa, was in the living room on the phone. He looked at the date on the letter, August 1, and then at the postmark on the envelope, also August 1. Theresa’s prior address in New Jersey was crossed out and her New York address written under it. The word
Forward
and a red arrow pointing to the New York address were stamped next to it.