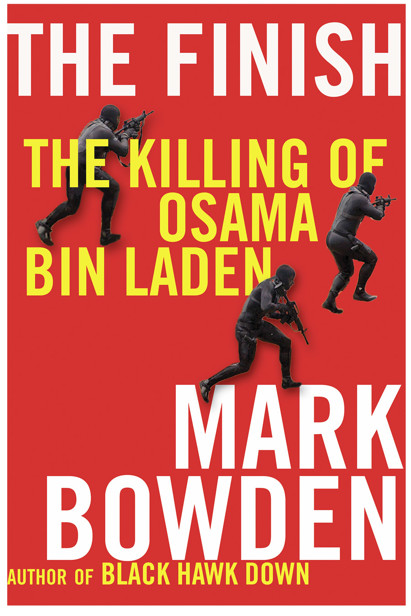 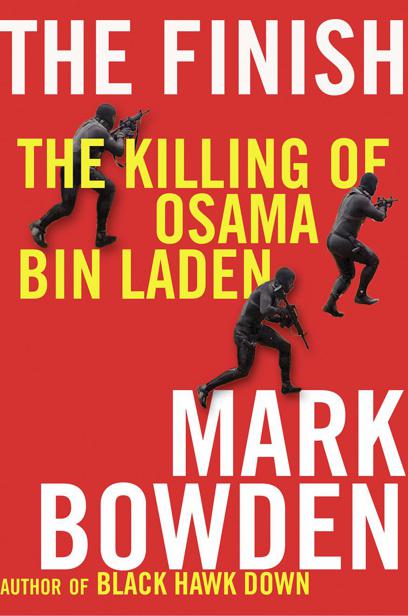 Guests of the Ayatollah

The Best Game Ever

The Killing of
Osama bin Laden

All rights reserved. No part of this book may be reproduced in any form or by any electronic or mechanical means,
including information storage and retrieval systems,
without permission in writing from the publisher,
except by a reviewer, who may quote brief passages in
a review. Scanning, uploading, and electronic distribution of this book or the facilitation of such without the permission of the publisher is prohibited. Please purchase only authorized electronic editions, and do not participate in or encourage electronic piracy of copyrighted materials. Your support of the author’s rights is appreciated. Any member of educational institutions wishing to photocopy part or all of the work for classroom use, or anthology, should send inquiries to Grove/Atlantic, Inc.,
841 Broadway, New York, NY 10003 or
[email protected]
.

For Clara and Audrey

Human groupings have one main purpose: to assert everyone’s right to be different, to be special, to think, to feel and live in his or her own way. People join together in order to win or defend this right. But this is where a terrible, fateful error is born: the belief that these groupings in the name of a race, a God, a party, or a state are the very purpose of life and not simply a means to an end. No! The only true and lasting meaning of the struggle for life lies in the individual, in his modest peculiarities and in his right to these peculiarities.

1: A Definition of Evil

2: The Path of Jihad

5: “Please Make Sure to Keep the Children and
All of the Families Away from the Areas
That Are Being Photographed and Bombed”

7: “Adhering to These Precautions”

One fall night in western Iraq, as a unit from the U.S. Joint Special Operations Command (JSOC) was executing one of its nightly raids on suspected al Qaeda terrorists, this one a suspected regional commander who called himself “Muthanna,” the raiders inadvertently discovered the mother lode.

In another war in a different time, the “mother lode” might have been a huge cache of valuable weapons or a collection of battlefield maps showing enemy troop movements and positions. In the twenty-first century, the raiders of JSOC had discovered something of equivalent value: a Rolodex.

Muthanna was killed in the raid. It was clear from material seized at his residence that he was responsible for coordinating the movement of foreign al Qaeda fighters and potential suicide bombers across the nearby border with Syria and into Iraq, where American and Iraqi forces, and Iraqi civilians, were enduring a mounting campaign of mass slaughter. What they found was not an actual Rolodex; it was something better: a collection of names and numbers that referenced computer files containing names, photos, travel documents, expense reports for phone cards, clothing, vehicles, fuel, money transfers, and many other detailed documents for about five hundred current al Qaeda recruits—just about every
mujahidin
who had made the trek in recent years through Syria and into Iraq.

For centuries, the basic tactics of infantry warfare were “fire and maneuver.” A skilled officer could defeat a larger force by mastering the art of moving his men and effectively focusing their firepower. Those kinds of skills are still essential on a conventional battlefield, but the battles being fought today rarely boil down to armies maneuvering on the ground. “Information and intelligence is the fire and maneuver of the twenty-first century,” says Lt. Gen. Michael Flynn, who now heads the U.S. Defense Intelligence Agency.

What does he mean?

The mother lode of documents seized in what became known as the Sinjar raid illustrates the point nicely. It played a big part in decapitating al Qaeda in Iraq. In the six years after the 9/11 attacks, the U.S. military and intelligence communities, representing a wide variety of agencies large and small, those notorious and those secret, had been collaborating on an unprecedented capability for crushing furtive terrorist networks. In addition to the skills of JSOC’s talented special operators, the effort used supercomputers and custom software, the forward deployment of skilled analysts, and the ability to turn just about every kind of intel into searchable data, whether tips or documents from old-fashioned human spy networks, transcripts of detainee interrogations, logs of electronic surveillance monitoring communications between cell phones and computers, or the images and sensory readings gathered by drones hovering high and silent over potential targets for days, weeks, months, and even years. With an enormous database consisting of these fragments, few of them clearly related, computers are capable of finding links that would previously remain hidden—a bank account shared by a Hezbollah official and an al Qaeda recruit, a street address in Najaf visited by two known suicide bombers on two separate occasions, a snapshot from the wallet of a slain American soldier on the hard drive of a suspected terrorist paymaster. The computer instantly draws bloody threads between data points that would otherwise remain random and disconnected. Webs are drawn from these bloody threads, illuminating secret networks. Once such connections are made, the special operators know where and whom to hit next.

In the case of the Sinjar haul, JSOC Commander Stanley McChrystal took the surprising step of declassifying all of the material and turning it over to West Point’s Combating Terrorism Center, so that analysts from a variety of disciplines could take a crack at it. And what did they uncover? For one thing, the data exploded the propaganda claim that al Qaeda in Iraq was a homegrown resistance movement. The recruits in the Sinjar data came from Libya, Morocco, Syria, Algeria, Oman, Yemen, Tunisia, Egypt, Jordan, Saudi Arabia, Belgium, France, and the UK. American Treasury agents mapping the data’s financial transactions were able to identify the entire Syrian-based leadership of al Qaeda in Iraq’s foreign-support network, all of it under the direction of a man who called himself Abu Ghadiya. His real name was Badran Turki Hashim al-Mazidih.

Just over one year after the Sinjar raid, the entire senior leadership of this Syrian-based support network for al Qaeda had been destroyed. A single October 2008 raid inside Syria killed Abu Ghadiya, one of his brothers, and two cousins, all members of the top leadership. The database would also provide a road map for JSOC operations throughout Iraq, tracking down and capturing or killing those foreign recruits who had not already sacrificed themselves in suicide attacks.

By the end of 2008, the overall level of violence in Iraq had declined by 80 percent, according to the U.S. Department of Defense. This sharp trend has continued through the withdrawal of U.S. forces from that country in 2011, and remains lower today than at any time since before the American invasion in 2003.

There are multiple reasons for this striking turnabout. The Sunni Awakening in 2008 turned many Iraqi insurgents against al Qaeda—abetted at least to some extent by the Sinjar data analysis, reported in the summer of 2008, which revealed the foreign-born nature of the organization. The dramatic shift in strategy orchestrated by Gen. David Petraeus toward counterinsurgency tactics during the same period deserves much of the credit. But a large part of Petraeus’s own approach included ramping up the pressure on “irreconcilable” elements. As he put it, “I like to go to bed every night with more friends and with fewer enemies.”

JSOC provided the “fewer enemies,” and McChrystal has cited the Sinjar raid as one of his unit’s most important breakthroughs.

Prevailing in war often demands new tactics, methods, and tools. The attacks on America on September 11, 2001, challenged a long-standing premise of its national defense. Osama bin Laden and his extremist movement, al Qaeda, posed a new kind of threat, a global network of well-funded, clever, suicidal killers with no fixed address. The nation’s vast arsenal, its nuclear stockpiles, its incomparable air force, its army and navy, even its bureaucratic structure for global surveillance, spying, and intel analysis, was designed primarily to
deter
attack. Who would dare when the response would be swift, fatal, and unstoppable?

But what if attacks came from nowhere? What then?

This was the problem posed by 9/11. The answer was information. Finding the enemy has long been one of the most basic challenges of war. All al Qaeda did was up the level of difficulty. They lived and worked scattered all over the world, using global telecommunications to stay linked. Given the complexity and international nature of those links, the use of pseudonyms and all the tricks of spy craft, how was this new enemy ever to be found?

The seizure of the Sinjar Rolodex and the subsequent takedown shows how. Six years after the 9/11 attacks, deep into two wars, still haunted by the defiant image of a free Osama bin Laden, the United States of America had one strong consolation.

It had figured out exactly how to fight back.