Read The Forgiven The Fallen The Forsaken Online

The Forgiven The Fallen The Forsaken 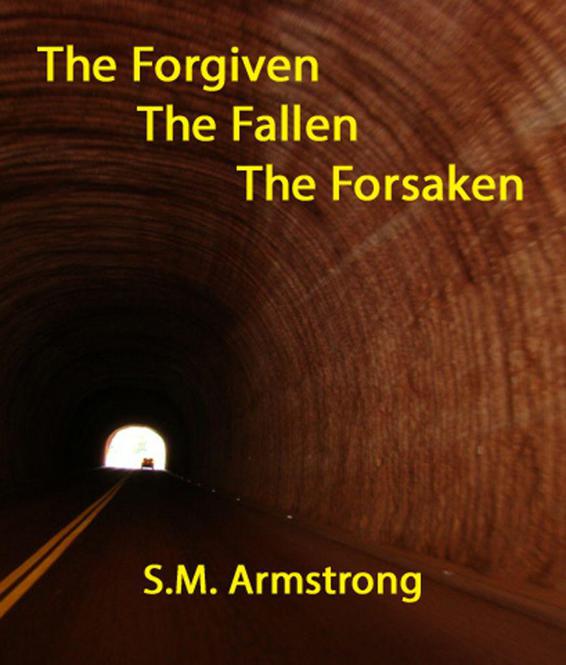 This is a work of fiction.  With one notable exception,
any resemblance to actual people is absolutely coincidental.  All rights
reserved worldwide. No part of this publication may be reproduced, distributed,
or transmitted in any form or by any means, including photocopying, recording,
or other electronic or mechanical methods, without the prior written permission
of the publisher, except in the case of brief quotations embodied in reviews
and certain other noncommercial uses permitted by copyright law.

The wind across
the water and snow was excruciating, but ducking into a warm shop wasn't an
option.  He was even later than usual and his task was essential to the
jihad
effort.  Franz walked stiffly through the back streets of Amsterdam, painfully
aware of the importance of his delivery.  It would cost him, but he knew that
the effort was worth the discomfort.  Still, he was worried.

The disheveled
engineering student had been told that the Sheik was furious, but the equipment
was more difficult to manufacture than anyone realized and the product took much
longer to grow than was expected.  Tonight, he would accept the wrath of the
Sheik, but the virus was ready and no one could take that away from him. He put
his head down and pushed on into the cold night.

Franz had
converted to Islam during three years ago, at a time when his entire life had imploded.
He had lost everything and had been near suicidal when the Mullah had taken him
in and forced him away from heroin.  As Franz had opened himself to Allah, he found
that his life turned around.  Eventually, he even came to understand the
rightness of
jihad
, and it had paid off.  Today, for one moment, he was at
the absolute center of the fight.  He would not fail.  If only he weren't so
late.

Trying to shave
some time, he took a short cut that he normally avoided.  If necessary, he
thought he could outrun any problems, and he knew that Allah would protect him.
On this night, he was wrong.

A youth walking
the other direction said something and as he looked that way, another one
stepped into him and delivered a solid left hook punch to his temple from
behind.  With his hands in his pockets to keep them warm, Franz never had a
chance.  By the time he hit the ground, he had three of them kicking him and
screaming something at him, but his mind was no longer processing the words.
He felt the glass vials in his coat pocket break and cut deeply into him.  He
knew now that he would live only if Allah willed it. With one final kick to the
base of his skull, the youths took his wallet and ran off, laughing.

He woke in a
hospital bed with police there trying to talk to him.  They acted caring, but he
knew they hated him for his devoutness.  That was as it should be.  He hated
them for their evil infidel ways and he absolutely despised the female nurses who
defiled him.  The only peace he had was in knowing that, Allah willing, they
would all be dead soon.

He slid into
unconsciousness and lived on a ventilator for 12 more days.

The first staff
members didn’t show signs of the virus until three days after he had died.

The rust
colored mountains of Escalante were spectacular.  When Jim’s brother-in-law
insisted on Utah for their shared vacation this year, Jim thought he was nuts.
Now he understood.  It was the kind of place where one could forget modern life
for a while.   It was perfect.

Jim breathed in
deeply, enjoying the fresh smell of cedar and pine trees.  They were staying at
an Airstream resort that boasted rows of Airstream trailers used by movie stars
from decades before.  It was hip in a way that few things were these days, with
a mixture of sophistication and back to nature that was rare these days.

To complete the
feeling of a time warp, there were several classic convertible cars set up in
small drive-in movie theater.  Watching classic movies in a fifty five year old
Ford Thunderbird with the top down was a peculiar and rejuvenating experience, Jim
had to admit.

Over the past
few days, they had been all over southern Utah, from Zion to Brice, to Monument
Valley.  It had been breathtaking at every turn.  Jim and Susan agreed that
this was one of the best vacations they had every taken.  Both were surprised
to discover how vibrant the state was.
At least until it was time to find
a bar,
Jim thought with a chuckle.

Susan’s
brother, Rob Mullins, and his wife, Denise, were also taken with the resort and
the drive-in.  For tonight's film they were in a beautiful black 1961 Lincoln
Continental and loving the experience every bit as much as Jim and Susan.

Rob was Susan’s
brother and was close to 50, but still ran marathons.  His hair was thinning
and more of his scalp might have been showing than in years past, but he still
thought he looked hip with the graying goatee.  Denise was a matronly blond and
looked like a 40-something mom, with maybe a little too much chunk here and
there, but not obese.  She was an accountant who worked very hard to avoid
talking about work if at all possible, which was appreciated by all.

This had been a
great trip.  They would be leaving the next morning, but intended to make full
use of this final evening sipping drinks on the wooden deck next to the Cary
Grant Airstream.

By the time Jim
and Susan arrived there, Rob already had the BBQ fired up and was starting
dinner.  They chatted, drank, and joked through the next couple of hours or
so.   It was perfect.

Jim stood and
said, “Rob, you sorry ass excuse for a brother in law.
That
was some of
the finest barbeque I’ve ever had in my
entire
life, but your margarita
mixing skills suck.  I mix the next round.”  Jim walked over to the table and
prepared to work blender magic.

“Hey, Jim, you
can’t water down a margarita with more tequila, even if it is top shelf,” Rob
answered.

Jim looked down
at him with disdain and asked, “Who told you that?” Rob could only laugh
harder.

Their wives
both exited the Airstream and sat in the patio chairs.  It was the perfect ending
for the perfect vacation.

Rob said to Jim
and Susan, “This trip has been amazing.  Thank you for letting me twist your
arms into it.”  Before they could protest, he added, “Yes, you know I did.
It’s okay to admit it because I’m about to do it again.”

Susan said,
“You can’t borrow my underwear again.  I don’t care how much you ask.”

Denise piped
in, “Uh, Rob, is there something you’re not telling me?”

Unflustered,
Rob said, “It was a high school gag and I needed a pair of girls’ underwear to
pull it off.”  To Susan, he said, “Can’t you just take it as a complement of
your choice of undergarments?”

Jim
interrupted, “I don’t know.  They’re not all that comfortable,” said Jim as he
wiggled around like his underwear was chafing.

Susan looked
horrified.  Denise fell out of her chair and howled with laughter.

Once
equilibrium was more or less regained, Rob wiped the tears from his eyes and
said, “I wanted a final normal vacation first, but I’ve got to be serious for a
while.  Okay, I’ve put it off as long as I can. You know I can’t say much about
my work.”

Susan rolled
her eyes and said, “Sure thing, Double-Oh-Seven.”

Rob smiled
sadly and said, “I only wish it were that interesting.”

Jim put down
his drink and said, “Okay, so say it already.”

Jim’s normally
jovial brother in law transformed in front of their eyes to a person with
different posture, expressions, and presence.  Even the voice was different. “I
work special projects for the Department of Defense.  All of your lives are
going to be different from here on out.”

Jim noticed
that Susan appeared more uncomfortable than he had ever seen her.

Rob looked at Jim
and Susan's confused expressions and said, “A couple of months ago my team was
removed from a case tracking samples of a weaponized virus.  The Chinese
altered a nasty strain of bird flu so that we have no real defense against it,
and are now vaccinating their people against it."

"It's
worse than that.  They have turned it over to the Iranian government."

Denise stopped
pacing and sat down. She said, "Those morons will release it no matter
what."

Rob nodded and
said, “The Chinese plan to have the Muslims take the blame, then step in and
take over the world after the flu kills off the rest of us."

Susan asked,
"This is over the top, Rob.  The government will do something about it."

“I'm telling
you, it won't.  There is a well organized conspiracy that is determined to
stymie the entire political system and military leadership until it's too late,
and that is exactly what they are doing.  They are planning a coup to take over
afterwards."

"I don't
see how that can happen.  What good does it do them?" said Susan.

Rob paused and
took an angry breath.  "If you want to reengineer society, it helps to
have a smaller, traumatized, and more compliant population to work with.
They're looking at it as thinning the herd.  Those jackals would rather rule
over a small number of survivors than to live as equals with a large number."

"You're
kidding me," said Jim.

"How many
people believed Hitler's goons would accomplish what they did?"  Rob
paused to let that sink in.

"Listen to
me," said Rob.  "I’m being kept on a very tight leash and we're being
watched for any sign of leaks or preparations.”  The strong exterior cracked
for a moment. “I desperately need you two to help prepare for us as well, but if
they find out that you're helping, you'll be stopped or killed."  The
others were silent.

More Than Neighbors by Isabel Keats
Hero by Paul Butler
Blood Oranges (9781101594858) by Tierney, Kathleen; Kiernan, Caitlin R.
The Widow by Anne Stuart
Jimfish by Christopher Hope
The Taker by Alma Katsu
The Light is the Darkness by Barron, Laird
Brothel by Alexa Albert
This Too Shall Pass by Milena Busquets
Torched: Afterburn (Iron Serpents Motorcycle Club Book 2) by Shay Mara
Our partner