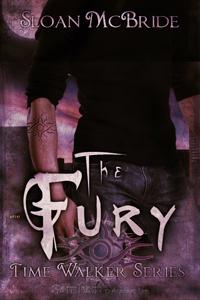 eBooks are
not
transferable.
They cannot be sold, shared or given away as it is an infringement on the copyright of this work.

To my daughter: Always believe in happily ever after and never give up on your dreams.

Anunna:
A fallen group of sky gods banished to the Underworld who can take on human form.

Eridu:
The sea-house where Enki lives in the underwater City of Abzu.

Galla:
Kur’s minions. They deal in death and destruction.

Lahamas:
Two dragon-like stone statues that guard the doorways of Eridu and act as messengers of Enki. (Leotis & Natalia)

Melari:
Melari darts are coated with a strong sleeping drug. They are used by the minions to subdue targets so they can be transported to Kur.

Percilious:
The wizard Enki enlisted to put a concealment spell around all the homes of his descendents.

Tregorians:
The second level of galla, taller, with decomposing flesh and glowing yellow eyes. Stand 8-feet tall, long black robes, pale, ghostly coloring. Scaly finger, hidden faces, all the warmth leaves the area, one touch gives you euphoria and you forget about the danger you are in.

The weather broke and a blanket of snow fell hard from the dismal clouds. Through random flakes, Reese Whittaker thought she saw two shadows by the building up ahead, but when she blinked, they disappeared. An eerie chill snaked up her spine.

She’d just left her archeology team at The Bistro. The back street had a couple of food places crowded with patrons and an occasional car drove by looking for a good parking spot. Music drifted from the pub on the corner every time someone opened the door, and two winos on the stoop were having a heated debate about fish.

She stopped at the corner before crossing the street. Even though this wasn’t the hub of the city, Friday night brought out its share of party-goers and drunks, those who would not be paying attention to a lone woman stepping into the street.

Something buzzed past her ear and the speed limit sign next to her pinged, as if hit with a rock. Before she could react, a large male body flew through the air and tackled her to the ground.

Reese couldn’t breathe. Every rock-hard inch of him pressed against her. She struggled, but her arms were held tight by his well-muscled chest. Was she being mugged? Would he waste time lying on top of her if he were a purse snatcher?
Oh,God!
Maybe he’d drag her behind the nearest dumpster and rape her, then leave her lying in the garbage ravaged or dead.

With a rush of adrenaline, she vowed she wouldn’t go down without a fight. “Get off me!” She tried to scream but couldn’t suck enough air into her lungs with him lying on top of her.

“Are you hurt?” he whispered softly in her ear with a deep voice.

Was he kidding? “A total stranger jumped on me and is crushing me into the cold pavement,” she managed in staccato breaths.

His stubble scratched her cheek as he turned to look back the way she’d come from. Wicked chills congaed up her body.

She struggled again. “Get the hell off me!”

His jaw clenched as if he was warring with himself. Deftly jumping to his feet, he held out a hand to help her up. She grabbed it and he jerked her flush against his body with hard impact. Reese immediately stepped back but he still held her wrist. He reached down and picked up something from the street to examine it.

“Excuse me,” she said, jerking the wrist still in his grasp.

Mr. Personality was tall, at least six-four, dressed in black jeans, a black turtleneck and a leather duster that barely reached his calves. A strong jaw and high cheekbones suggested he was of Native American decent. In the dark, she couldn’t tell what color his eyes were, but his body was lithe, solid muscle. He had a wild, dangerous look like Mel Gibson in the first
Lethal Weapon
movie.

“What’s that?” She leaned closer to get a better look.

The stranger held some kind of dart between his fingers. “This is a
melari
.”

Her attacker gritted his teeth and shoved the object in his pocket. “Come on,” he mumbled and started across the street, dragging her with him.

“Let me go,” she yelled and tried to disengage her wrist from his grip. She raised her foot to kick him, but he side-stepped it, and she almost toppled over because he kept moving.

“Stop fighting me, woman, unless you want to die.”

That statement hit her like arctic water on a winter day. “Don’t hurt me,” she pleaded.

He stopped and glared at her. “I’m not going to hurt you. I’m here to protect you.”

He had a funny way of showing it. “Protect me from what?”

Exasperation laced his sigh. “From the death squad that’s after you.” He pulled the dart from his pocket and waved it in front of her face. “What do you think this is for?”

She narrowed her gaze on him. A hormonal surge of courage pumped through her veins. “I don’t know what that is, but the only thing I’ve seen threatening around here is you.” She couldn’t be sure but she thought she heard him growl.

An aura of danger surrounded him. He moved like a graceful predator and oozed raw sexuality. Her mouth suddenly went dry. She needed to find a way to get away from this he-man. Her attacker palmed the object and hid it away.

The sound of a car backfiring jolted her. He grabbed her shoulders and pushed her behind him. “Shit,” the stranger said and touched his hand to his shoulder. “Which one is your vehicle?”

Reese saw blood seeping into his coat. No dart caused that wound; someone was shooting bullets at them.

Another gunshot pierced the night and shattered the window of a nearby car.

The stranger turned to her. “Which one, dammit?”

“That blue one there.” She pointed to her Chevy Malibu.

Courage and strength poured from him along with his blood. They ran for her car, with him right on her heels. He grabbed the keys out of her hand. “Get in.”

“Hey!” she protested, until a dart whizzed very close, banging into the car door.

Without another word, Reese scrambled into the passenger side as he revved the engine to life. He slammed his foot down on the gas and sped away.

Dagan skidded off the main road onto a darkened side street. He needed to check for an exit wound on his shoulder, and hoped the bullet hadn’t lodged in the bone. They should be okay here for a few minutes.

He threw open the door and got out. The snow fell in heavy flakes joining the previous snow accumulated on the wintry landscape. He eased off his coat. The cold air added a sting to his skin. With his left hand, Dagan tested the tender flesh of his shoulder.

Reese opened her door and stood to glare at him. “Okay, while the whole tackle-me-to-the-ground thing was interesting, and being shot at definitely got my attention, do you mind telling me what the hell is going on?”

He glanced over the top of the car and held her gaze for a moment. He’d already broken the rules by coming into contact with her, but he’d had no choice. “All in good time.”

“Come over here. I need you to see if there’s an exit wound on my back.”

At first, she looked as though she would refuse, but then she stomped around the car. She tentatively touched his shirt. He hoped the dome light inside the car provided enough light for her to see clearly.

“There’s a big hole in the back of your shoulder. You’re bleeding,” she said dryly.

“Thanks, but I already knew that.”

The next couple of seconds happened quickly. She pushed him against the back quarter panel of the car, jumped in the driver’s seat, and threw the car in gear. He only had an instant to move before she ran over his foot.

He growled his frustration. With a flick of his wrist, a sudden gale-force wind exploded, swirling the snow into a blinding tornado. Dagan held his hand out and said, “Hold.” The car screeched to a halt. He could hear Reese gunning the motor as she pressed on the gas, still attempting to get away. Wincing, he bent over to retrieve his coat and silently cursed the blue-eyed vixen. Calmly, he strolled to the car, opened the passenger door and got in. The wind disappeared as quickly as it had erupted and the snow went back to falling lazily to the ground.