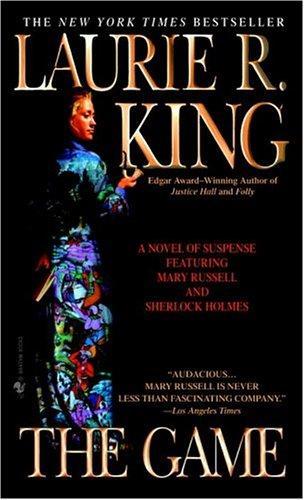 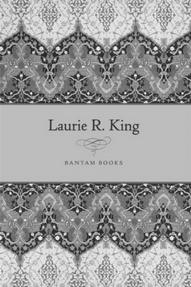 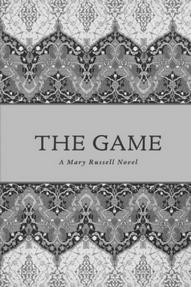 For the librarians everywhere,
who spend their lives in battle against the forces of darkness 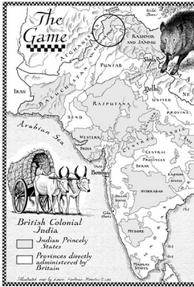 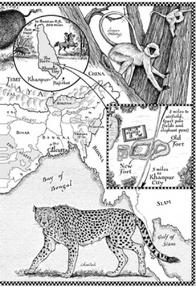 I
t was a dramatic setting for a human sacrifice, give my murderer
credit. He had drawn together the entire populace, crones to infants, in a dusty space between buildings that in England would be the village green, and all were agog at the sight. A circle of freshly lit torches cracked and flared in the slight evening breeze, their dashing light rendering the mud houses in stark contrast of pale wall and blackest shadow. The bowl of the sky I was forced to gaze up at was moonless, the stars—far, far from the electrical intrusions of civilisation—pinpricks in the velvet expanse. The evening air was rich with odours—the oily reek of the rag torches in counterpoint to the dusky cow-dung cook-fires and the curry and garlic that permeated the audience, along with the not unpleasant smell of unsoaped bodies and the savour of dust which had been dampened for the show.

I lay, bound with chains, on what could only be called an altar, waist-height to the man who held the gleaming knife. My sacrifice was to be the climax of the evening’s events, and he had worked the crowd into a near frenzy, playing on their rustic gullibility as on a fine instrument. It had been a long night, but it seemed that things were drawing to a finish.

The knife was equally theatrical, thirteen inches of flashing steel, wielded with artistry in order to catch the torchlight. For nearly twenty minutes it had flickered and dipped over my supine body, brushing my skin like a lover, leaving behind thin threads of scarlet as it lifted; my eyes ached with following it about. Still, I couldn’t very well shut them; the mind wishes to see death descend, however futile the struggle.

But it would not be long now. I did not understand most of the words so dramatically pelting the crowd, but I knew they had something to do with evil spirits and the cleansing effects of bloodshed. I watched the motions of the knife closely, saw the slight change in how it rested in my attacker’s hand, the shift from loose showmanship to the grip of intent. It paused, and the man’s voice with it, so that all the village heard was the sough and sigh of the torches, the cry of a baby from a nearby hut, and the bark of a pi-dog in the field. The blade now pointed directly down at my heart, its needle point rock-steady as the doubled fist held its hilt without hesitation.

I saw the twitch of the muscles in his arms, and struggled against the chains, in futility. The knife flashed down, and I grimaced and turned away, my eyes tight closed.

This was going to hurt.

T
ravel broadens, they say. My personal experience has been that,
in the short term at any rate, it merely flattens, aiming its steam-roller of deadlines and details straight at one’s daily life, leaving a person flat and gasping at its passage.

On the first of January, 1924, I was enjoying a peaceful New Year’s evening with my partner and husband, Sherlock Holmes, in our snug stone house on the Sussex Downs, blissfully unaware that scarcely forty hours later I would be sprinting desperately for a train across a snow-covered railway siding. But on the first day of the new year, I was at peace and I was at home, with a full stomach, a tipsy head, and—most pleasant of all—warm feet. No fewer than three bottles of wine stood on the sideboard, in various stages of depletion. Holmes had just taken a connoisseur’s sip of the last to appear in our glasses, a dusty port twice as old as I. He sighed in satisfaction and stretched his slippers out to the fire.

“It is good to find that the French vineyards are recovering from the War,” he noted, although of the three wines, only the champagne had gone into its bottle since 1918.

I agreed, rather absently I will admit. As I took a swallow of the glorious liquid, it occurred to me that some part of the back of my mind was braced for a ring of the telephone or a furious pounding on the door. The visceral mistrust of leisure was perhaps understandable: Twice in the past six months the outside world had crashed in on us; indeed, we had been similarly seated before the fire one evening a scant two months earlier when an investigation literally fell into our arms, in the form of an old friend with a bloodied head. It was not yet midnight, and I had no faith in our stout oaken door to keep out surprises of the kind Holmes tended to attract.

Crazy for Her by Sandra Owens
Calico Palace by Gwen Bristow
The Hounds of Avalon (Gollancz S.F.) by Chadbourn, Mark
Crime at Christmas by Jack Adrian (ed)
Hundreds and Thousands by Emily Carr
The Mage's Tale by Jonathan Moeller
The Principal's Daughter by Zak Hardacre
A Long Walk to Water by Linda Sue Park
Sky Song: Overture by Meg Merriet
Relentless Rhythm (Tempest #4) by Michelle Mankin
Our partner