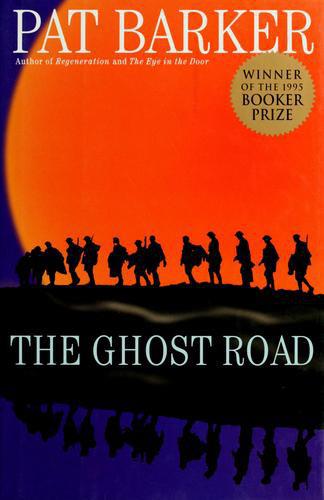 Now all roads lead to France

And heavy is the tread

Of the living; but the dead

In deck-chairs all along the front the bald pink knees
of Bradford businessmen nuzzled the sun.

Billy Prior leant on the sea-wall. Ten or twelve feet
below him a family was gathering its things together for the trek back to
boarding-house or railway station. A fat, middle-aged woman, swollen feet
bulging over lace-up shoes, a man with a lobster-coloured tonsure—my God, he'd
be regretting it tomorrow—and a small child, a boy, being towelled dry by a
young woman. His little tassel wobbled as he stood, square-mouthed with pain,
howling,
'Ma
-a-am.' Wet sand was the problem. It
always was,
Prior
remembered. However carefully you
tiptoed back from that final paddle, your legs got coated all over again, and
the towel always hurt.

The child wriggled and his mother slapped him hard,
leaving red prints on his chubby buttocks. He stopped screaming, gulped with
shock, then settled down to a persistent grizzle. The older woman protested,
'Hey, our Louie, there's no need for that.' She grabbed the towel. 'C'mon, give
it here, you've no bloody patience, you.'

The girl—but she was not a girl, she was a woman of
twenty-five or twenty-six, perhaps-retreated, resentful but also relieved. You
could see her problem. Married, but the war, whether by widowing her or simply
by taking her husband away, had reduced her to a position of tutelage in her
mother's house, and then what was the point? Hot spunk trickling down the
thigh, the months of heaviness, the child born on a gush of blood—if all that
didn't entitle you to the status and independence of a woman, what did? Oh, and
she'd be frustrated too. Her old single bed
back,
or
perhaps a double bed with the child, listening to snores and creaks and farts
from her parents' bed on the other side of the wall.

She was scrabbling in her handbag, dislodging bus
tickets, comb, purse, producing, finally, a packet of Woodbines. She let the
cigarette dangle wetly from her lower lip while she groped for the matches. Her
lips were plump, a pale salmon pink at the centre, darkening to brownish red at
the edges. She glanced up, caught him looking at her, and flushed, not with
pleasure—his lust was too blatant to be flattering— but drawn by it,
nevertheless, into the memory of her unencumbered girlhood.

Her mother was helping the little boy step into his
drawers, his hand a dimpled starfish on her broad shoulder. The flare of the
match caught her attention. Tor God's sake, Louie,' she snapped. 'If you could
only see how common you look...'

Louie's gaze hadn't moved. Her mother turned and
squinted up into the sun, seeing the characteristic silhouette that said
'officer'. 'Look for the thin knees,' German snipers were told, but where they
saw prey this woman saw a predator. If he'd been a private she'd have asked him
what the bloody hell he thought he was gawping at. As it was, she said, 'Nice
weather we're having, sir.'

Prior smiled, amused,
recognizing
his mother's speech, the accent of working-class gentility. 'Let's hope it
lasts.'

He touched his cap and withdrew, thinking, as he
strolled off, that the girl was neither a widow nor married. The way the
mother's voice had cracked with panic over that word 'common' said it all.

Louie's knees were by no means glued together, even
after the child. And her mother was absolutely
right,
with that fag stuck in her mouth she did look common.
Gloriously,
devastatingly,
fuckably
common.

He ought to be getting back to barracks. He had his
medical in less than an hour, and it certainly wouldn't do to arrive gasping.
He had no business to be drifting along the front looking at girls. But he
looked anyway, hoarding golden fuzz on a bare arm, the bluish shadow between
breasts thrust together by stays, breathing in lavender sharpened by sweat.

The blare of music inside the fairground drew him to
stand in the entrance. So far today the only young men he'd seen had been in
uniform, but here were men as young as
himself
in
civilian dress.
Munitions workers.
One of them was
chatting to a young girl with bright yellow skin. He felt the automatic flow of
bile begin and turned away, forcing himself to contemplate the bald grass. A
child, holding a stick of candy-floss, turned to watch him, attracted to the
man who stood so still among all the swirl and dazzle. He caught her looking at
him and smiled, remembering the soft cotton-wool sweetness of candy-floss that
turned to clag on the roof of your mouth. She bridled and turned away,
clutching her mother's skirt.
Very wise.

As he walked on, his smile faded.
He
could have been a munitions worker, he thought.
Kept out of
danger.
Lined his pockets.
His father would
have wangled him a place in a nice safe reserved occupation, and would not have
despised him for it either, unlike many fathers. The weedy little runt would at
least have been behaving like a
sensible
weedy little
runt, refusing to fight in 'the bosses' war'.

Why not?
he
wondered now.
Because I don't want to be one of
them
, he thought,
remembering a munitions worker's hand patting a girl's bottom as he helped her
into the swing-boat. Not
duty, not patriotism, not fear
of what other people would think, certainly that.
No, a kind
of... fastidiousness.
Once, as a small boy, he'd slipped chewed-up
pieces of fatty mutton into the pocket of his

because he couldn't bring himself to swallow them, and
his father, when the crime came to light, had said, in tones of ringing
disgust, That bairn's too fussy to live.' Too fussy to live,
Prior
thought. There you are, nowhere near France and an epitaph already. The thought
cheered him up enormously.

By now he was walking up the hill towards the
barracks, a chest-tightening climb, but he was managing it well. His asthma was
good at the moment, better than it had been for months. All the same it might
be as well to sit quietly somewhere for a few minutes before he went into the
examination room. In the end all he could do was to turn up in a reasonable
state, and answer the questions honestly (or at least tell no lies that were
likely to be found out). The decision would be taken by other people. It always
was.

Though he had managed to take
one
decision himself.

His thoughts shifted to Charles Manning and the last
evening they'd spent together in London.

—Have you stopped to think what's going to happen if
you re not sent back?
Manning had asked.
Six months, at least six months, probably to the end
of the war, making sure new recruits wash between their toes.

—Doing a hundred and one completely routine jobs, each
of which could be done equally well by somebody else. You'd be much better
working at the Ministry. I can't promise to keep the job open.

—No, thank you, Charles.

No, thank you. He was passing the Clarence Gardens
Hotel where he'd been stationed briefly last winter before the summons to
London came.
Plenty of routine jobs there.
He and
Owen, his fellow nutcase, had arrived on the same day, neither of them
welcomed by the CO. They'd been assigned to 'light duties'. Prior became an
administrative dogsbody, sorting out the battalion's chaotic filing system.
Owen fared yet worse, chivvying the charladies, ordering vegetables, peering
into lavatory bowls in search of unmilitary stains. Mitchell had given them
hell. Prior got him in the mornings when he was
totally
vile, Owen in the
evenings when brandy had mellowed him slightly.

—What do you expect?
Prior said, when Owen complained.
He's lost two sons. And who shows up instead of them?
Couple of twitching Nancy boys from a loony-bin in Scotland.

—That's what he thinks, you know.

As he reached the entrance to the barracks, a squad of
men in singlets and shorts, returning from a cross-country run, overtook him
and he stood back to let them pass. Bare thighs streaked with mud, steam rising
from sweaty chests, glazed eyes, slack mouths, and as they pounded and panted
past, he recognized Owen at the head of the column, turning to wave.

'Good heavens,' Mather said, as
Prior
pulled off his shirt. 'You haven't been getting much outdoor exercise, have
you?'

'I've been working at the Ministry of Munitions.'

'All right, drop your drawers. Bend over.'

They always went for the arse, Prior thought, doing as
he was told. An army marches on its stomach, and hobbles on its haemorrhoids.
He felt gloved fingers on his buttocks, separating them, and thought, Better
men than you have paid for this.

Prior cleared his throat.

'I said,
cough'
The
fingers jabbed.
'And again.'
The hand changed sides.
'Again.'

Prior was aware of wheezing as he caught his breath.

'I mean, the doctor told my mother I had it when I was
six months old, sir.'

'Ah.' Mather turned over a page of the file. 'That
makes more sense.'

Mather looked up. 'Awkward little bugger, weren't you?
Well, we'd better have a listen.' He reached for his stethoscope and came
towards
Prior
. 'What were you doing at the Ministry of
Munitions?'

Prior looked bleakly ahead of him. 'Yes.'

'Patrol here caught a German spy on the cliffs.'
Mather snorted, fitting the stethoscope. 'Tickled a local yokel with their
bayonets more like.'

Prior started to say something, but Mather was
listening to his chest. After a few minutes, he straightened up. 'Yes, you have
got a bit of a wheeze.' His attention was caught by the scar on Prior's elbow.
He turned the arm towards him.

'The Somme,'
Prior
said.

'The expression "funny bone" didn't seem
appropriate at the time.'

Mather went back to the desk, sat down. 'Now let's see
if I've got this straight. You were invalided home with shell-shock. That
right?
April last year?'

'And you were sent first to Netley and then to
Craiglockhart War Hospital, where you remained till
...
November.' He looked
up. 'I suppose you get a lot of dipsomania, in places like that?
Alcohol
,
man,' he explained, as
Prior
continued to look blank.

Turn to Darkness (Offspring 5.6) by Jaime Rush
Twice Upon a Time (A Danby Family Novella) by Grace, Samantha
Girl's by Darla Phelps
Outlaw Lawman by Delores Fossen
The Marshal Takes A Bride by Sylvia McDaniel
Weep In The Night by Valerie Massey Goree
Never Leave Me by Harold Robbins
Freak by Jennifer Hillier
Ensnared by A. G. Howard
Unknown by Mari Jungstedt
Our partner