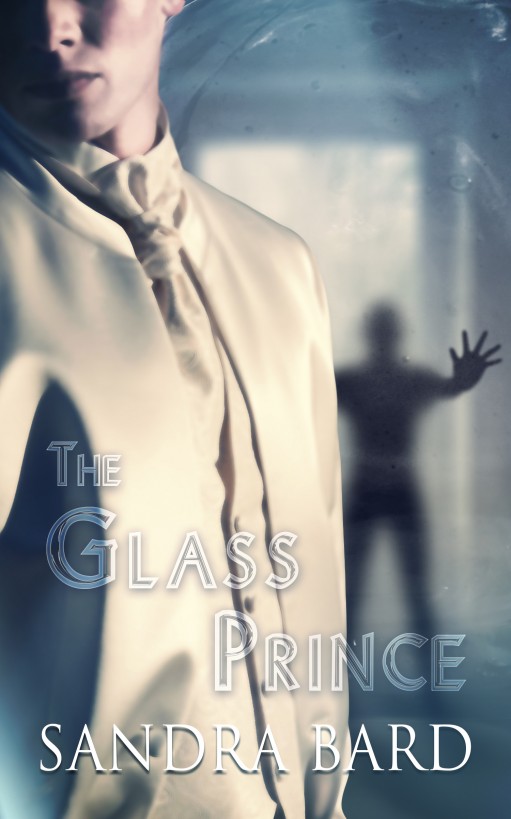 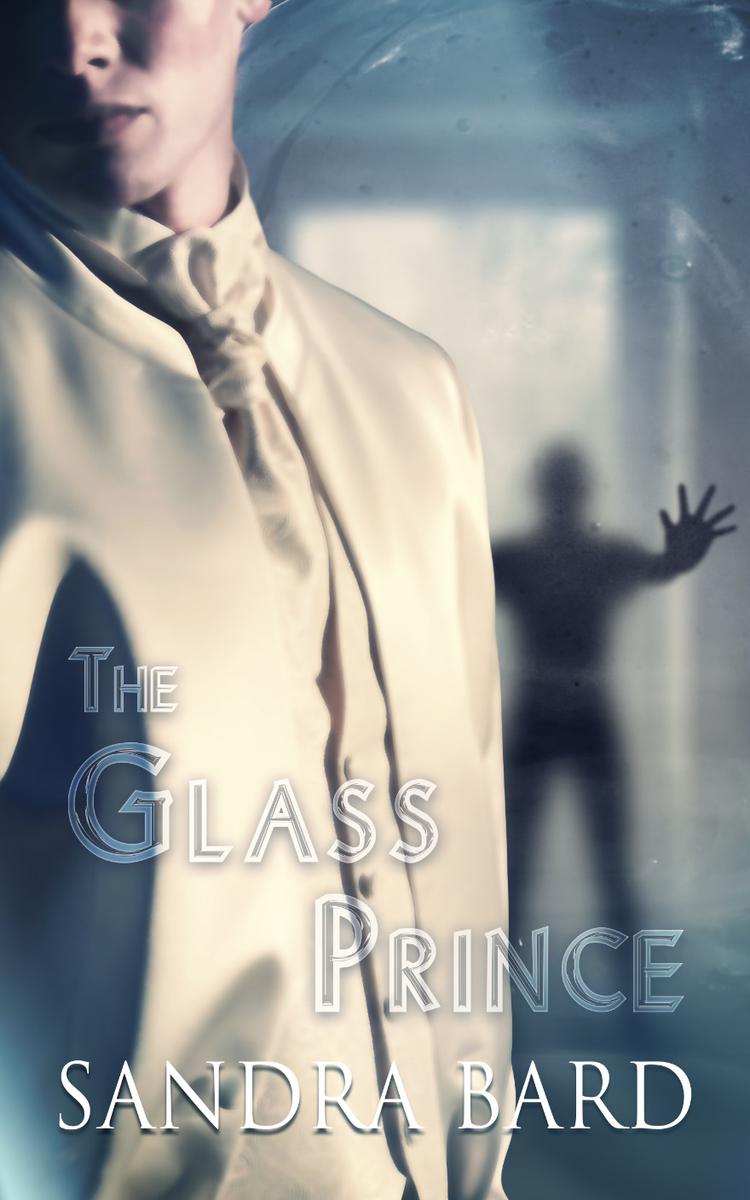 Kidnapping was
not Daniel's plan, but when he met a man who seemed unaffected by
his magic, Daniel couldn't just let him go.

Eren has every
reason to hate Daniel, and no reason at all to like him. He's not
some fairytale to be kept in a glass room at the top of a tower.
And he's definitely going to have to rescue himself. He has a
mother and girlfriend to get back to, after all, and a life waiting
for him.

But the hardest
part of escaping proves to be his reluctance to leave a man who is
much more than he at first seemed...

All rights reserved. No part of this book may be used
or reproduced in any manner without written permission of the
publisher, except for the purpose of reviews.

This book is a work of fiction and all names,
characters, places, and incidents are fictional or used
fictitiously. Any resemblance to actual people, places, or events
is coincidental.

I started this story as a short story for the fairy
tale anthology and if anyone is interested in Lucian and Clint,
their story is in the LT3 Fairy Tale anthology.

I never tell people about what I’m working or what
it’s going to be in the end (mostly because even I never know until
the end.) and I actively try to discourage my family from reading
what I write because I still live with them in the same house.

So this book is for my sister, Ish, who looks at my
covers and chooses not to read my books.

Yes, as dedications go this is the one that makes the
least sense.

Daniel
Everwood decided to kidnap Luke
Eren Berkeley as an afterthought. Well, he certainly never
planned it out.

He
never
employed a driver, as he believed in being able to get from point A
to point B without the help of someone else. As much as he enjoyed
being an awe-inspiring celebrity, he didn't enjoy being crammed
into the close confines of a vehicle.

Daniel
had
been driving from
his Tower to the florist—his florist did home visits, but even
Daniel wasn't so self-contained he could stay in his Tower forever.
He needed an excuse to leave the place and breathe in some fresh
air, and that’s when he saw Luke.

He
stopped his car, rolled down the window and put his head out,
feeling incredibly awkward
. Daniel Everwood never stopped for anyone. People stopped
for him.

"
Hey Luke...
er," he remembered what Luke had been called at home "... Eren?" he
called. The young man, who'd been engrossed in fiddling with his
phone, looked up quickly. His eyes lit with recognition, but there
wasn't any joy in it. He appeared to be weary.

"
Mr. Everwood,"
Eren said from the pavement, a good five feet away from Daniel and
refusing to move closer. Daniel found it absolutely annoying. Why
wouldn't he come closer? Daniel frowned as two more people walked
over to join Eren. And what was that ghastly noise in the
background?

"
Waiting for a
bus," Eren informed him, looking at something behind Daniel. "You
know, the bus is behind you."

Ah, that
explained the noise
: the
annoyed bus driver was honking for him to get out of the way.
Daniel threw a look over his shoulder and made an impulsive
decision. He unlocked the car door and drew back. "Get
in."

"
No, I think…
I'd rather not." While he didn't expect Eren to jump into the car,
he was irritated that the boy hadn't even moved a step
closer.

"
I can't be here
all day," Daniel snapped. "I'll drive you wherever you're
going."

"
No, need to
bother, really," Eren hedged. He took a step back and Daniel
scowled.

"
Get in the car.
You're holding back the bus."

Eren
looked at
Daniel with an expression of disbelief and Daniel braced himself
for some verbal comeback, but in the end, all Eren did was nod,
move towards the car, pull open the door, and get in.

As they
pulled out of the bus stop, the bus drive
r stuck his head out of his side, "Fucking
asshole, you are—"

Daniel
slowed the car and looked back, then snapped his
fingers
. The windshield
of the bus erupted in a series of glass spikes that had the driver
rearing back in horror. Daniel smiled as he turned around to face
the road. His good deed for the day was done.

He faced
his silent passenger and smirked
. "Where do you want to be dropped off?"

"
I don't want to
make you late for anything," Eren replied quickly. "Just down the
block."

"
You could have
walked that distance, not taken the bus," Daniel told him. He was
clearly being lied to and he didn't like it. He turned to Eren and
glared. "Now, where were you going?"

"
To the movies
at CinemaCity, I'm meeting Annabelle there."

Daniel
gripped the steering wheel tighter
. He looked at Eren and snarled. "Seriously, you
can do better." Annabelle didn't even know just how special Eren
was.

"
Your girlfriend
is not good enough for you," Daniel explained tightly. "She's
rather plain and… not very—"

"
Fuck you," Eren
snapped. "I'm sick of this. I think you're stalking me: you show up
at my work place, you show up at my house and now you're… you're
insulting my girlfriend. You have no right to say anything bad
about Annabelle. She's one of the nicest people around. Just
because all you have is your stupid Tower and your friends are
avoiding you, it doesn't mean…" Eren trailed off, probably
realising he'd said far too much.

Daniel
let go of the steering wheel as glass shards formed
in
his palm. They ripped through
the leather glove of his left hand and emerged as a jagged mess of
layers of glass. He pulled the set out and placed it carefully on
the dashboard, out of reach. When he looked over at Eren, he'd
retreated as far back from Daniel as possible and was looking at
him with wide-eyed horror.

Daniel
tried to
keep his arms to his side of the car and look away from Eren, which
was as close as he could get to looking harmless. Every time his
temper got the better of him, his magic went wild, even though he
tried to take precautions against it. He just needed to get out,
off the road, so he could calm down without damaging his car. He
changed lanes carefully, knowing the turnoff to CinemaCity was
coming up.

When
Daniel looked at him,
Eren was crouched on the seat, his head down, hair falling
over his eyes. "In a bit," he said as calmly as possible, though
his hands continued to shake. He needed to change lanes. He
couldn't stop in the middle of the road with the oncoming traffic
in both directions.

He had
to concentrate on the cars rushing on the next lane,
and he couldn't get worked up,
though Eren had hit close to home. He hadn't seen Lucian in over a
week. It was the longest he'd gone without seeing his childhood
friend since the time he'd spent at hospital.

"
I said, let me
out!" Eren pulled at the door handle.

"
Don't," Daniel
snapped. In the next lane, cars were zooming by. If Eren were to
open the door, Daniel would lose the car door, as well as his
passenger, in a matter of seconds.

"
Oh, for crying
out loud." said Daniel, reaching forward to grab the cell phone,
but a car cut in front of him. Cursing, Daniel braked and Eren, not
wearing a seatbelt, shot forward. Daniel put a hand forward to
catch him before he hit his head.

"
Now you're
overreacting," Daniel pulled his hand back.

"
I don't think
so," Eren said, reaching for the car door again. "You're all alike,
thinking you can just scare the crap out of people and play around
them like… like… playthings," he spat as he pulled at the car lock
insistently.

"
That's rather
descriptive of you."

"
Fuck you," Eren
said in a high-pitched voice, fear evident. "Just let me out." He
tried to open the car door, although the car was still
moving.

Soon,
he
'd either break the
car door or set off the alarm, a car safety-design feature Daniel
had not considered a bother before.

There
was a
semi pulling up on
the passenger side and the turnoff was still not clear. He tried to
turn the car anyway, but the semi flew past them. The driver slowed
down just enough to flash his middle finger as he drove past and
Daniel felt his anger take form. He was going to find that
stupid-ass driver and shove a piece of glass three feet wide up
his—

Eren
made
another desperate gasp for the door, this time throwing himself
physically against it.

"
Sit back,"
snarled Daniel and pushed Eren back into the seat forcefully with
his hand, eyes fixed on the turnoff. There was a gap in the traffic
and he drove through it. His right hand felt odd, but he ignored
it. He shouldn't have taken off his glove. The magic dampeners at
least made his magic manageable.

"
There, now
we're—" He turned around slowly to look at Eren and groaned. He
looked at his hand and a wave of understanding swept over him. A
glass cylinder the size of his arm had emerged from his palm and he
had used it to club Eren back into the seat. Eren might have been
immune to magic, but he wasn't immune to blunt-force damage and
glass, magical or otherwise, still packed a punch.

There
was a lot of blood
.

It
was
on the white seat
covers, on Eren's clothes, and all over Daniel's arm. He was
struggling to sit up, his eyes open in panic, blood pooling on his
face. Daniel fumbled with the glove compartment and pulled out a
calming spray he kept for when he was feeling stressed. He pulled
out the spray and hit Eren in the face with a full tab, and
instantly, Eren slumped back into the seat, eyes glazed. Daniel
cursed as he took the turn with burning rubber. He almost drove up
the pavement before he got control of the car and looked around for
a place to park.

Twisted Strands by Margaret Dickinson
A Matter of Choice by Nora Roberts
The Sweetest Kiss: A Billionaire Love Story by Ward, Kate
Nancy Herkness by Shower Of Stars
Stories From the Shadowlands by Sarah Fine
Max Swings for the Fences by Anne Ursu
Undescribable by Tessier, Shantel
Star Drawn Saga (Book 1): Death Among The Dead: A Zombie Novel by Charlick, Stephen
Show Me How (It's Kind Of Personal Book 2) by Brooks, Anna
The Ransom of Mercy Carter by Caroline B. Cooney
Our partner