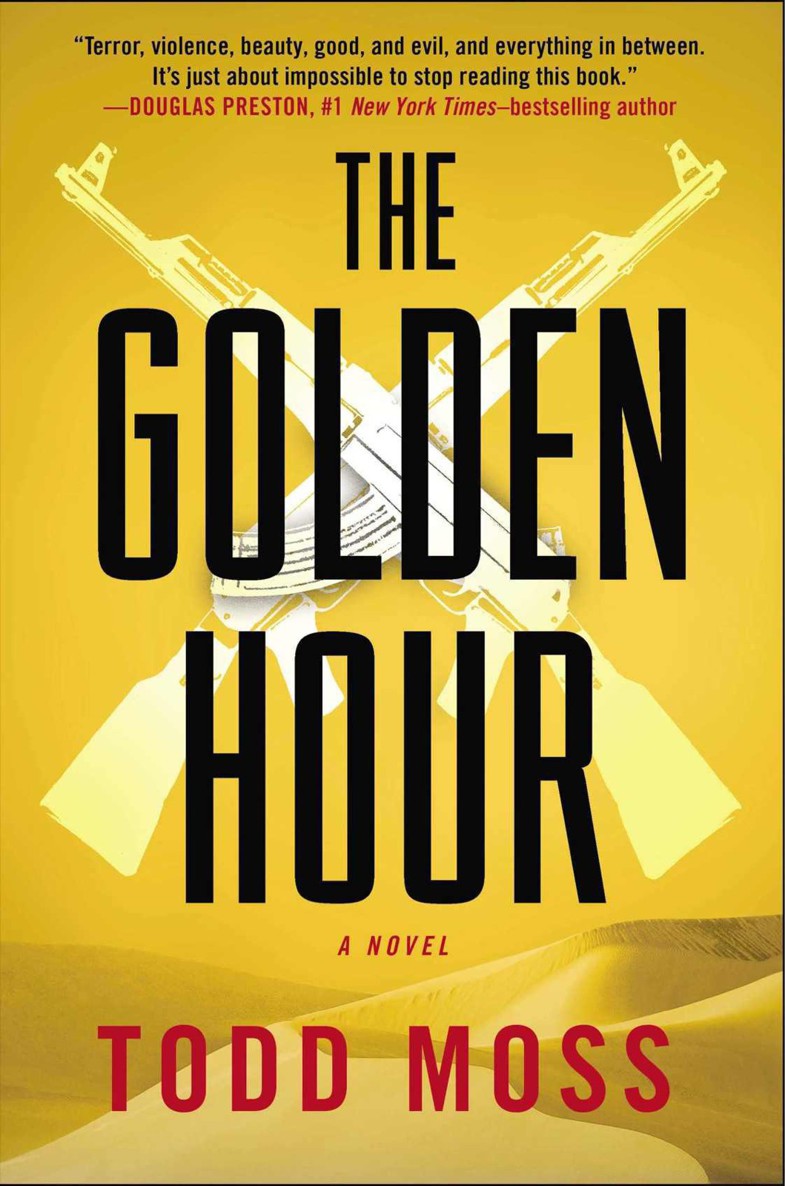 The Golden Hour
draws on my real-life experiences, but what follows is entirely a work of fiction. The golden hour principle of rapid intervention in trauma cases is a concept from emergency medicine that I learned when working as an EMT and ambulance driver in Boston. I am unaware of any published academic study so far that has discovered such a time pattern in politics, but there is a growing quantitative literature on drivers of conflict.

In the story that follows, any resemblances to actual people or events are coincidental. Timbuktu is real.

A NOTE ON TIME

Mali and Great Britain are both on Greenwich Mean Time (GMT), but Mali does not follow daylight savings time. Thus, in
The Golden Hour
Mali is four hours ahead of U.S. Eastern Standard Time while Britain is five hours ahead. Germany is six hours
ahead.

“The advantages of backchannels are secrecy, speed, and the avoidance of internal bureaucratic battles.”

At the thought, her mouth watered slightly.
A Philly cheesesteak with camel meat?

Kate, dreaming of comfort food, couldn’t be farther from home. For years, her father would joke, “I’m in Timbuktu,” when he’d call from any of the remote towns of rural Pennsylvania he was constantly visiting. Now she was living a three-hour drive—or, for the locals, a three-day walk—outside of the real Timbuktu.
Beyond
the middle of nowhere.

The steel bolt clanged loudly as Kate locked up the classroom. She clamped on a bright yellow padlock. The key, also school-bus yellow, was on a leather lanyard around her neck. It was mostly for show, everyone knew, but the headmaster insisted that security must be maintained. Especially for the token library of a few dozen books, each preciously hand-delivered by Kate and the string of Peace Corps volunteers that came before her.

Why not camel? Tastes like beef. I could be the first. I’m a cheesesteak pioneer.

She licked her lips. It was futile, she knew, to fantasize about impossible snacks. But it was a ritual she justified as a normal reaction to homesickness. And the searing Saharan desert heat.

The sun was dropping toward the horizon and glowing in the rich burnt orange that exists only in the African sky.

Most of the students were long gone, the girls called home to haul water, the boys to tend the family goats. A few stragglers were still wandering around the school in tattered pale-blue uniforms, watching the foreigner lock up for the day.

Kate slung her backpack over her shoulder and turned down the sandy path toward her home. Other than the school, her house was the only concrete structure in the village. The rest—the huts, the granaries full of millet, and the tiny shops selling Coca-Cola, long bars of pink soap, jugs of cooking oil, and mobile phone scratch cards—were made of dried mud.

Even though dusk was nearing, it was still close to 100 degrees. Bubbles of sweat were sprouting on her nose and along her cheekbones, periodically sliding down salty paths onto her lips. Her long red hair, pulled back into a perky ponytail, bobbed up and down as she walked.

She was exhausted. But her long day was finally over.

“Miss Katie, Miss Katie! Hello! How are you? Miss Katie!” She waved back at a gaggle of small children, naked and dusty, hopping along the path.

“Hello. Good evening.” Kate forced a friendly smile.
The price
of being a local celebrity,
she reminded herself. And the first freckled redhead the village children had ever seen.

“Hello! Miss Katie! Bonjour! Hello!” They giggled and scampered off into the bush.

As she settled into her forty-minute walk, the very one she had made every day for the past five months, she returned to her thoughts.

She missed her family, especially her dad. Kate loved when they would go out for brunch, just the two of them, on weekends. For as long as she could remember, her father had spent the workweek away from Philadelphia, taking the train back home on Fridays. His afternoons and evenings were usually also busy with work. But the mornings were for family. Kate had even chosen Penn over Yale to stay closer to home. So their weekends could stay the same.

Kate revered her father. To be like him, she knew she would have to see the world. After college, the Peace Corps seemed an obvious, almost unconscious choice. Kate had never even heard of Mali when she received her assignment. She had studied French in school so she could spend the summers in Paris. Or maybe the Riviera. Who knew they spoke French in the Sahara Desert? When she was told where she was going, she laughed, as surely Timbuktu was fictional. Like Atlantis. But her father sternly advised that she accept her duty.

So here she was, in Bangoro, teaching English.

Kate barely noticed the sunset that had helped her fall in love with Africa during those tough early weeks of adjustment. She
spied a single white camel off in the distance, nibbling lazily at a dry bush. The sight no longer drew Kate’s fascination, but rather pulled her mind back to cheesesteaks.

Lost in her daydreaming, she didn’t notice that the village was unusually quiet that evening. Or that all the children had suddenly disappeared.

Kate followed a bend in the path and was startled by a Toyota pickup truck, spray-painted with the beige and green squiggles of homemade camouflage, parked in front of her house. Her instinct was to run away, but two men—their faces covered by black scarves, AK-47s slung on their chests—stepped into her path. She spun back toward her house only to find more men emerging from the cab of the Toyota.

Large hands grabbed both her arms firmly and, before she could scream, a burlap sack was slipped over her head.