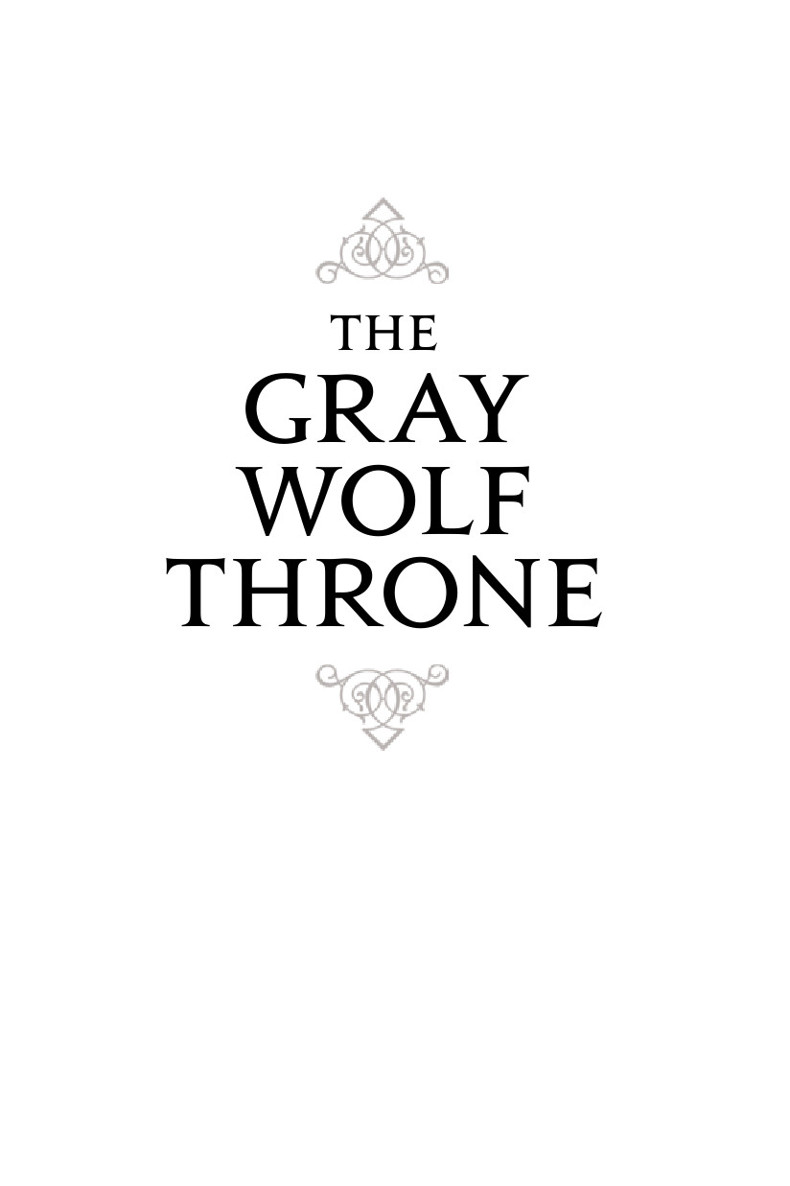 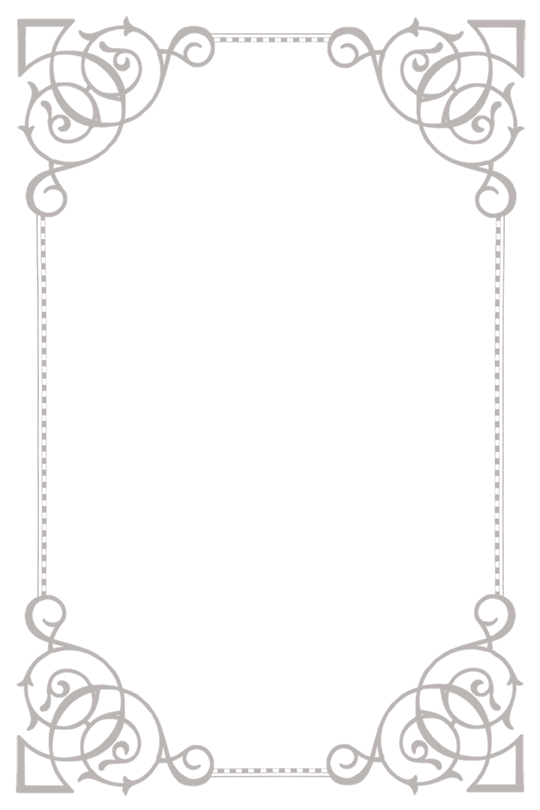 All rights reserved. published by Hyperion, an imprint of Disney Book Group. no part of this book may be reproduced or transmitted in any form or by any means, electronic or mechanical, including photocopying, recording, or by any information storage and retrieval system, without written permission from the publisher. For information address Hyperion, 114 Fifth Avenue, new york, new york 10011-5690.

printed in the United States of America

For my maternal grandmother,

Dorothy Downey Bryan, a gifted musician and
indif erent housekeeper who had the second sight. Grandma
had a lap that would accommodate several smal children,
but she always kept a shotgun in the closet.

And in memory of Ralph M. Vicinanza,

who left us too soon.

raisa
ana
’Marianna huddled in her usual dark corner at the purple Heron, picking at her meat pie. She’d learned to stretch a meal and a mug of cider over an entire evening.

it was risky to sit out in the common room of a tavern every night. Lord Bayar’s assassins would be searching for her. They’d failed to kill her at oden’s Ford, thanks to Micah Bayar, Lord Bayar’s son. But the High wizard’s spies could be anywhere, even here in the border town of Fetters Ford.

especially here. Bayar would prefer to intercept raisa before she crossed the border into the Fells. it would be tidier that way, her murder easier to conceal from her mother the queen and her father’s people, the Spirit clans.

Still, she couldn’t hide out in her room all the time. She needed to be visible to the people she
wanted
to find her. Somehow she had to get home, reconcile with Queen Marianna, and confront those who meant to take the Gray wolf throne away from her.

The name rebecca Morley was no longer safe. Too many of her enemies knew it. These days she called herself Brianna Trailwalker, a nod to her clan ancestry. Her story was that she was a young trader returning from her first journey south, held up by the turmoil along the border.

After a month in the limbo of Fetters Ford, she knew the regulars at the Heron—mostly pilots from the ferry service on the river, and the blacksmiths, farriers, and stablers who serviced travelers along the road. Locals were in the minority, though. The town churned with the comings and goings of wartime.

raisa scanned the room, picking out the strangers. Two Tamric ladies occupied a corner table for the second night in a row. one was young and pretty, the other sturdy and middle-aged, both too well dressed for the Heron. Likely a noble lady and her chaperone fleeing the fighting to the south.

Three lean young men in Ardenine civilian garb played cards at a table by the door. Four had come in, but one of them had left a while ago. Several times, raisa looked up and caught one or another of them staring at her. Apprehension slithered down her spine. Thieves or assassins? or just young men showing interest in a girl on her own?

There were no easy answers anymore.

Most of the rest of the patrons were soldiers. Fetters Ford swarmed with them. Some bore the red Hawk of Arden, some the Heron of Tamron, others carried no signia at all—either sell-swords or deserters from king Markus’s army.

Any of them could be hunting raisa. it had been a month since she’d escaped Gerard Montaigne, the ambitious young prince of Arden. Gerard hoped to claim at least three of the 2

Seven realms by overthrowing his brother Geoff, the current Ardenine king, invading his former ally Tamron, and marrying raisa
ana
’Marianna, the heir to the Gray wolf throne of the Fells.

Any day, they expected to receive word that the capital of Tamron Court had fallen to Gerard. The prince of Arden had laid siege to it weeks ago.

when raisa arrived in Fetters Ford, she’d planned to ask the local Tamric authorities to send a courier to the garrison house at the west wall in the Fells. They in turn could send her message on to her father, Averill Lord Demonai, or to edon Byrne, Captain of the Queen’s Guard—perhaps the only two people in the Fells she could trust.

But when she arrived in the border town, there
was
no authority. The garrison house was empty, the soldiers fled. Some might have gone south to the aid of the beleaguered capital city. Likely, most had melted into the general populace to await the outcome of the war.

raisa was left with the hope that her best friend, Corporal Amon Byrne, and his Gray wolves might follow her north and find her here in Fetters Ford. She could travel on, hidden in their midst, as she had in the fall, on her way to the academy at oden’s Ford.

As the future captain of her guard, Amon was magically linked to raisa, so he should have a rough sense of where she was. But the weeks had dragged on and Amon had not appeared. Surely if he were coming, he’d be here by now.

Her other plan was that she might fall in with a clan trader heading back north. She was a mixed-blood; with her burnt-sugar 3

skin and thick black hair, she could pass for clan. But that hope had also faded as weeks passed with no traders passing through.

with Tamron in turmoil, most travelers preferred to avoid the marshy Fens and sinister waterwalkers and use the more direct path through Marisa pines pass and Delphi.

A shadow fell over raisa’s table. Simon, the innkeeper’s son, was hovering again, summoning the courage to ask if he could clear away her plate. Most days, it was an hour of hovering to three words of conversation.

raisa guessed Simon was her age, or even a little older, but these days raisa felt older than her nearly seventeen years—

cynical and jaded, wounded in love.

you don’t want to get involved with me, she thought glumly.

My advice is to run the other way.

Han Alister still haunted her dreams. She would awaken with the taste of his kisses on her lips, the memory of his scorching touch on her skin. But in the daylight it was difficult to believe their brief romance had ever happened. or that he still thought of her at all.

The last time raisa had seen Han, Amon Byrne had driven him off with a sword. And then she’d disappeared from the academy without a word—abducted by Micah Bayar. Han wouldn’t have fond memories of the girl he knew as rebecca. Anyway, it was unlikely she’d ever see him again.

By now it was near closing time, another day squandered while events at home rushed ahead without her. perhaps she’d been disinherited already. perhaps Micah had escaped Gerard Montaigne and even now was proceeding with plans to marry her sister Mellony.

Someone cleared his throat right next to her. She flinched and looked up. it was Simon.

“My Lady Brianna,” he said for the second time.

Bones
, she thought. i have to get better at answering to Brianna.

“The ladies over yonder invite you to join them at their table,” Simon continued. “They say as it can be awkward for a lady, dining alone. i told them you’d already eaten, but . . .” He shrugged, his hands hanging like twin hams at his sides.

raisa looked over at the two Tamric women. They leaned forward, watching this exchange with eager expressions. women in Tamron had the reputation of being pampered hothouse flowers, socially ruthless, but physically delicate beings who rode side saddle and carried parasols against the southern sun.